Allan Gardens Conservatory is an oasis in downtown Toronto

Sherbourne Street, for all its notoriety, has a gem nestled between Carlton and Gerrard that's unlike any destination in the city.

Amidst a clutter of churches and social centres sits Allan Gardens – a literal oasis in an urban jungle. 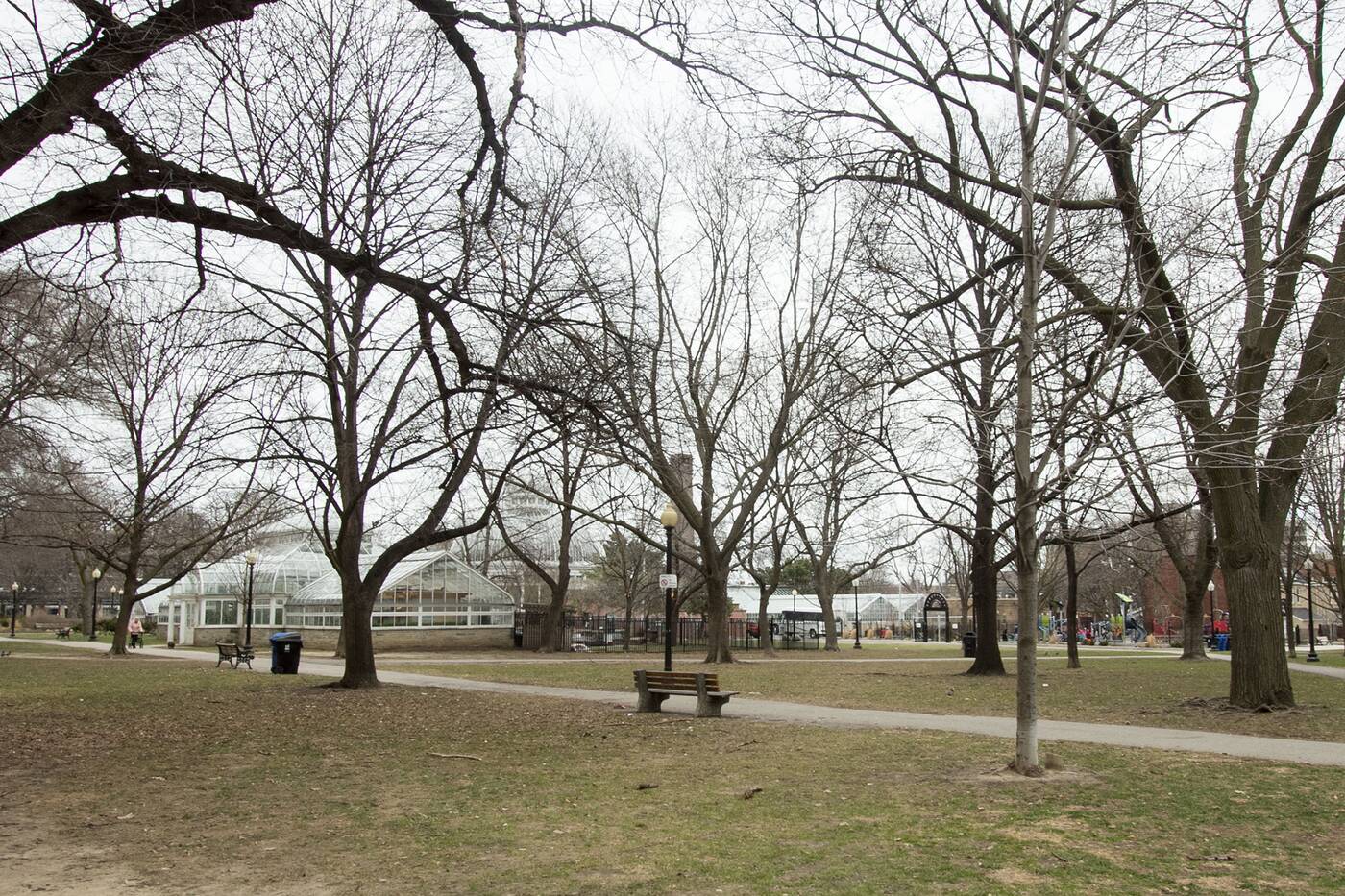 Bound by Jarvis Street to its west, this block of green space encompasses a playground, two off-leash dog parks, and its prized centrepiece: an Edwardian-era conservatory that’s over a century old.

With a glistening glass dome, the greenhouse seems to beckon wayfarers with its cool, perfectly symmetrical exterior. Heading west from Sherbourne Street are two diagonal paths that lead you through the black cherry and red oak trees while other arterial paths wind from Jarvis Street. 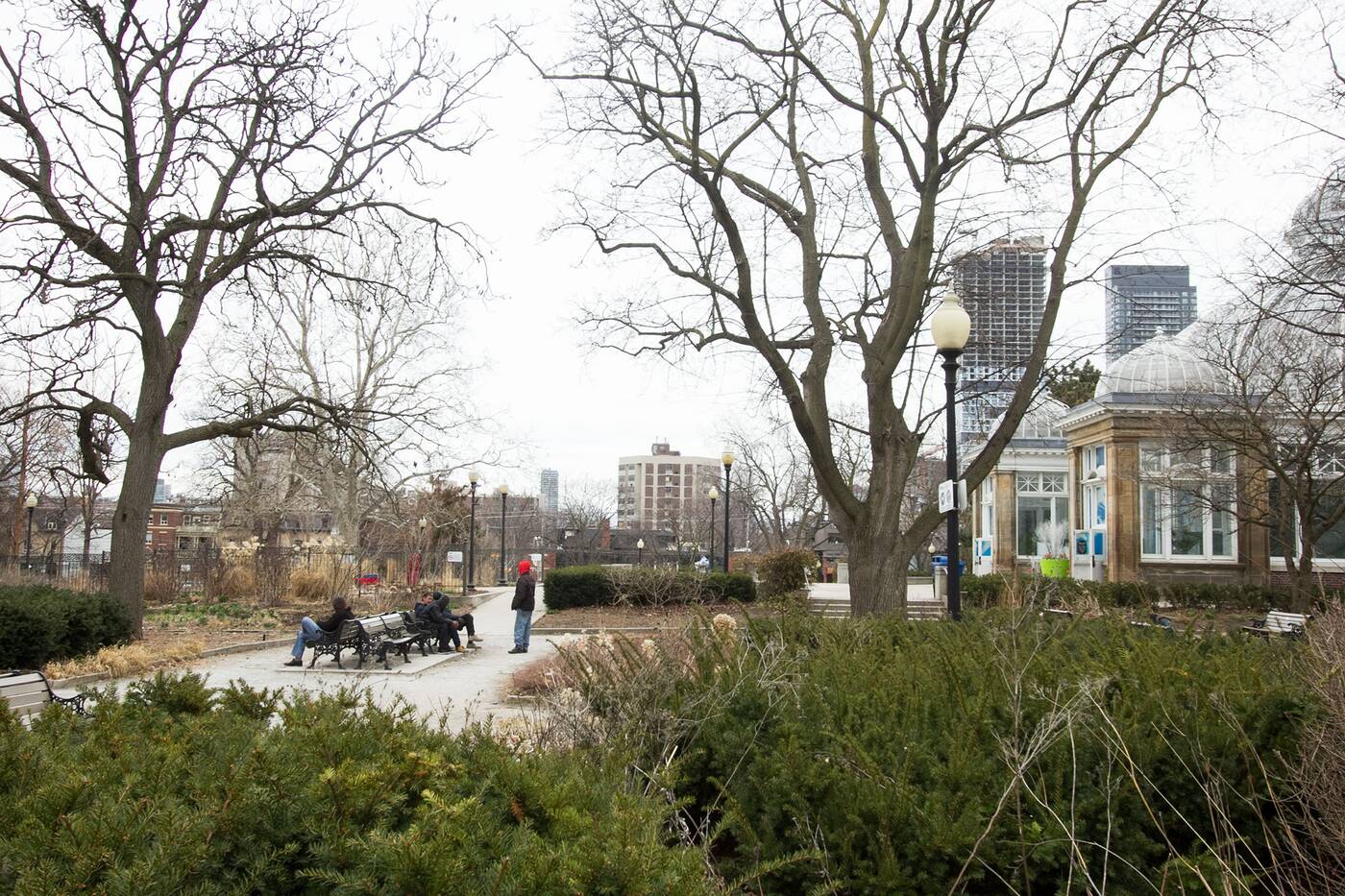 Surrounding the conservatory are planters and benches that often become communal meeting grounds throughout the day. You’ll usually find locals in this area, who congregate around the raised structure, sort of like villagers around a city centre. 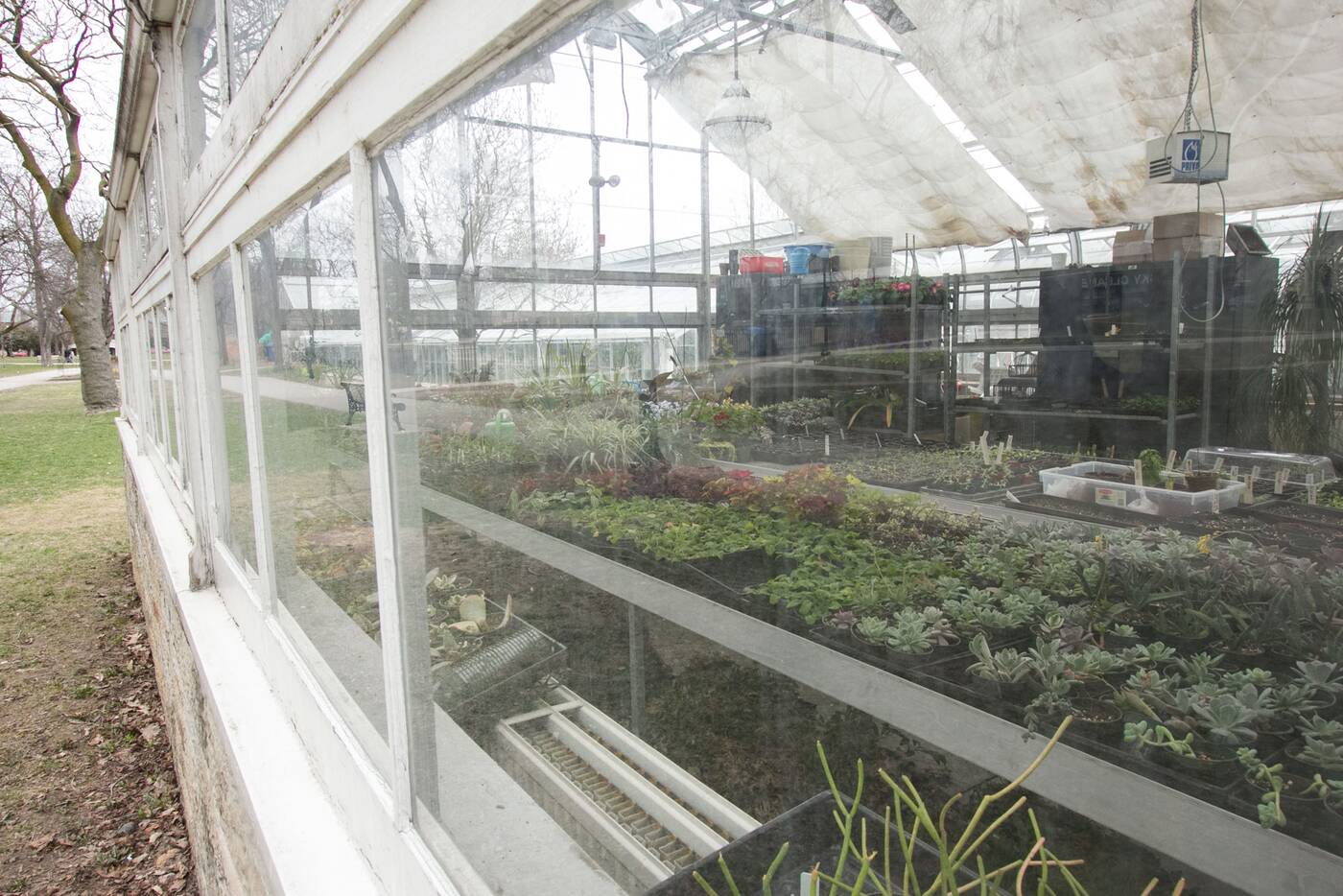 Open every day of the year, the glass ceilings of this conservatory house six interconnected sections and are home to some of the most beautiful plants you’ll see in the city. 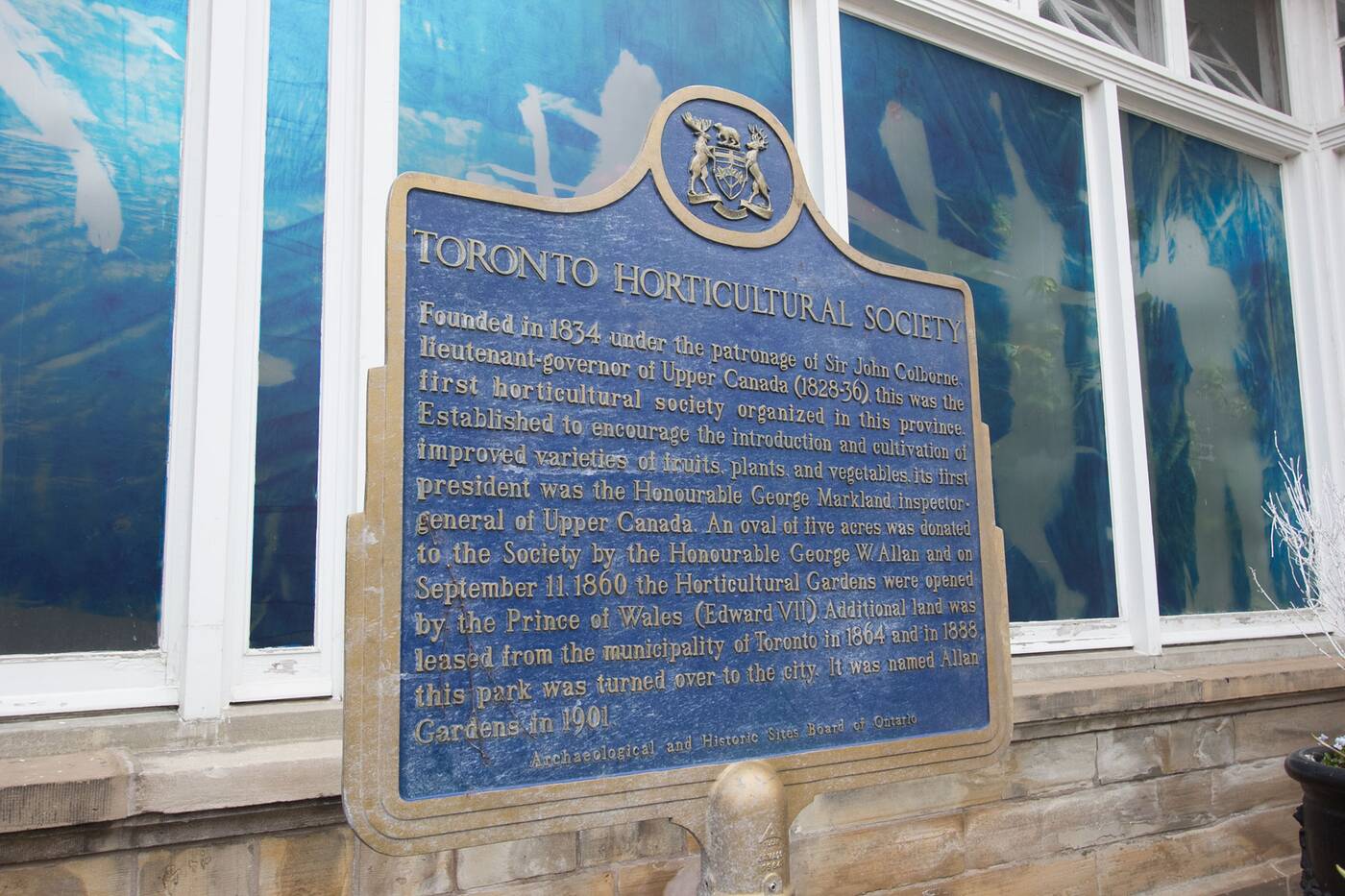 Named after former mayor of Toronto and Speaker of the Senate of Canada, George William Allan, the garden and property were donated to the Toronto Horticultural Society in 1857 and named after its benefactor in 1901, when Allan died. 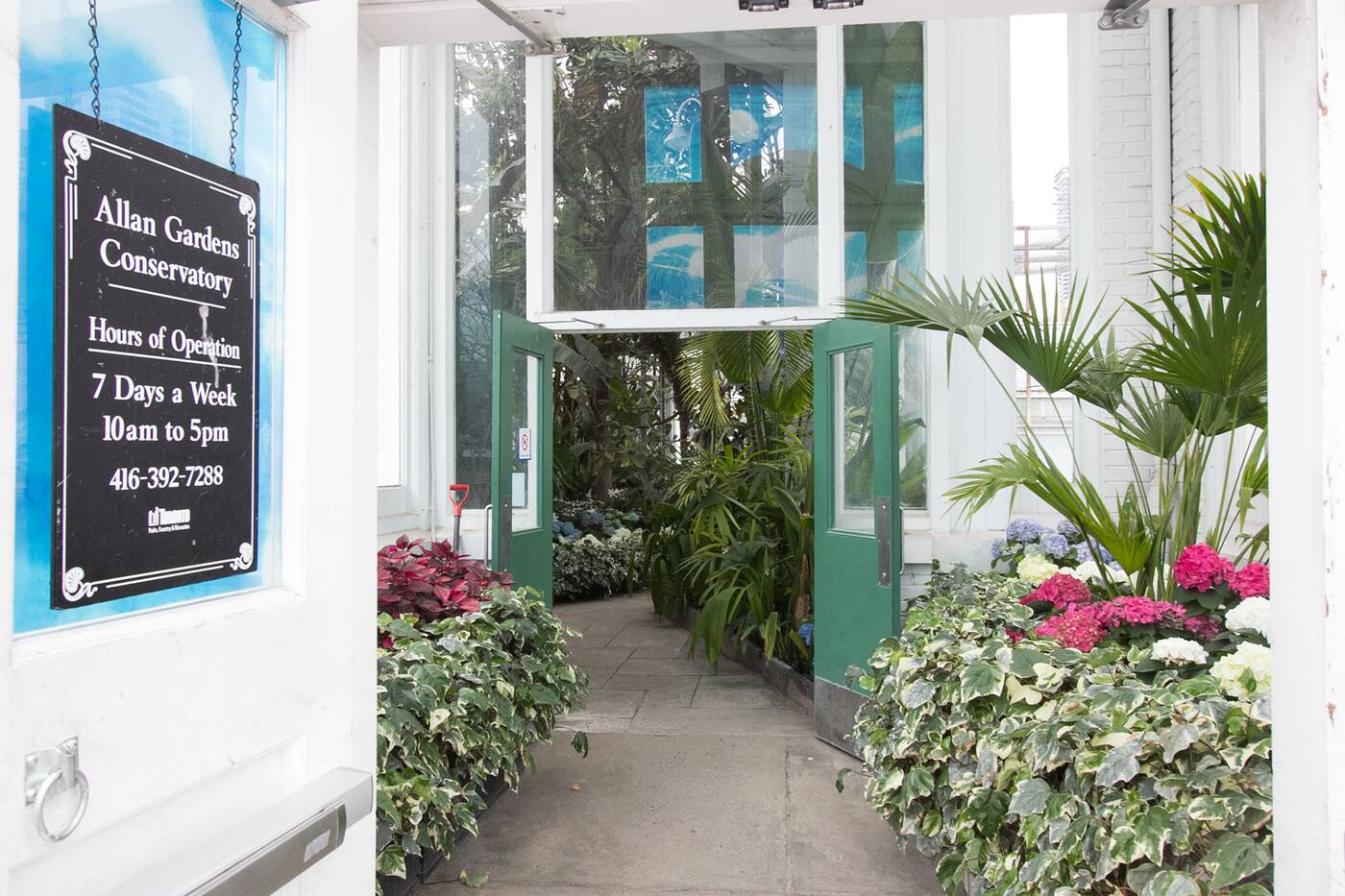 Likely the closest thing you’ll ever experience to the flower scene in Alice in Wonderland – not on drugs, anyway – walking into Allan’s Conservatory truly feels like waltzing into a different world. 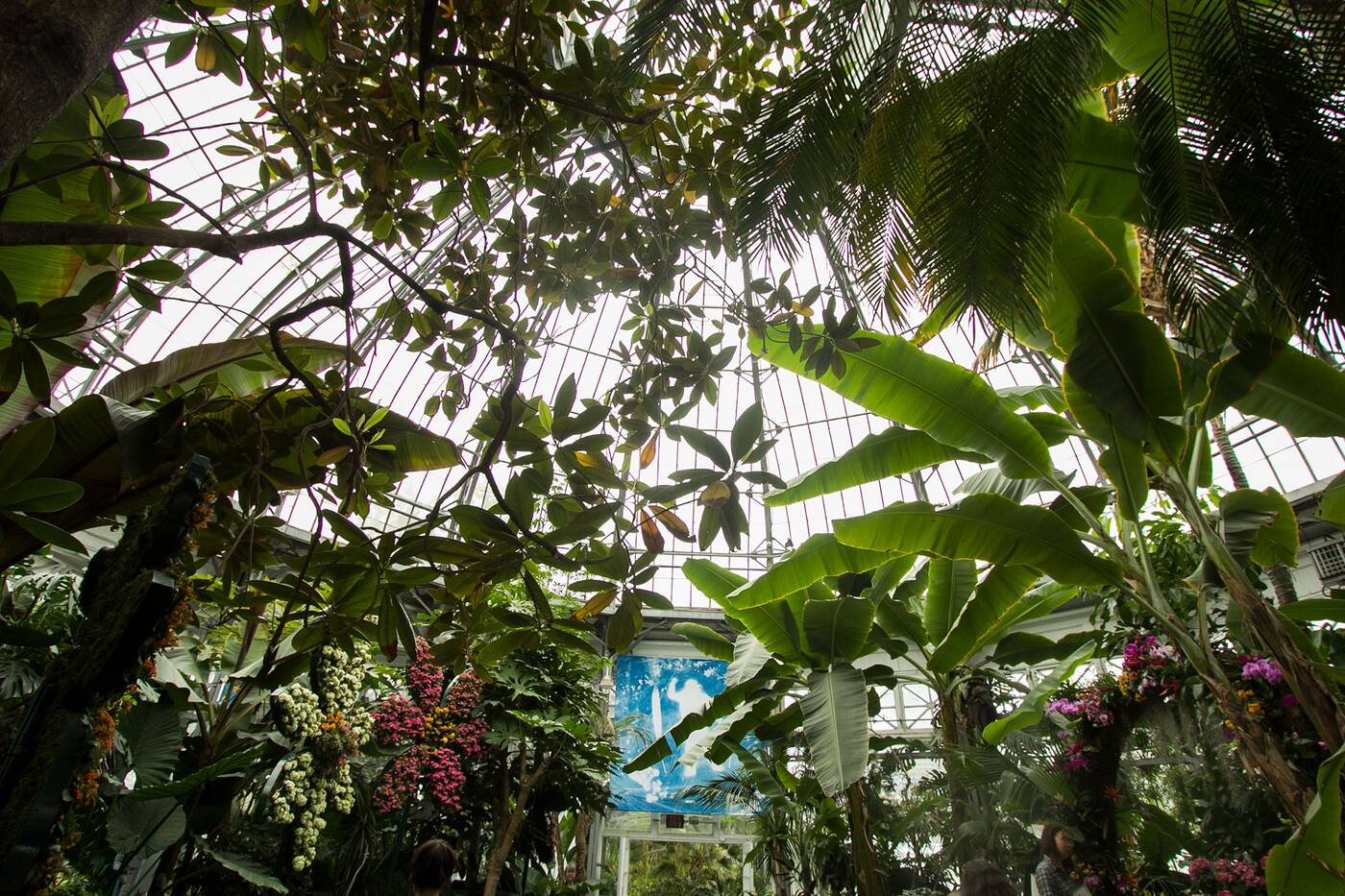 The domed ceiling of The Palm House looks even more impressive from the inside than from the outside. Built in 1910, the main hall was constructed after the original Great Pavilion burned down eight years prior.

Fun fact: Oscar Wilde once graced Pavilion Hall with a lecture in 1882. 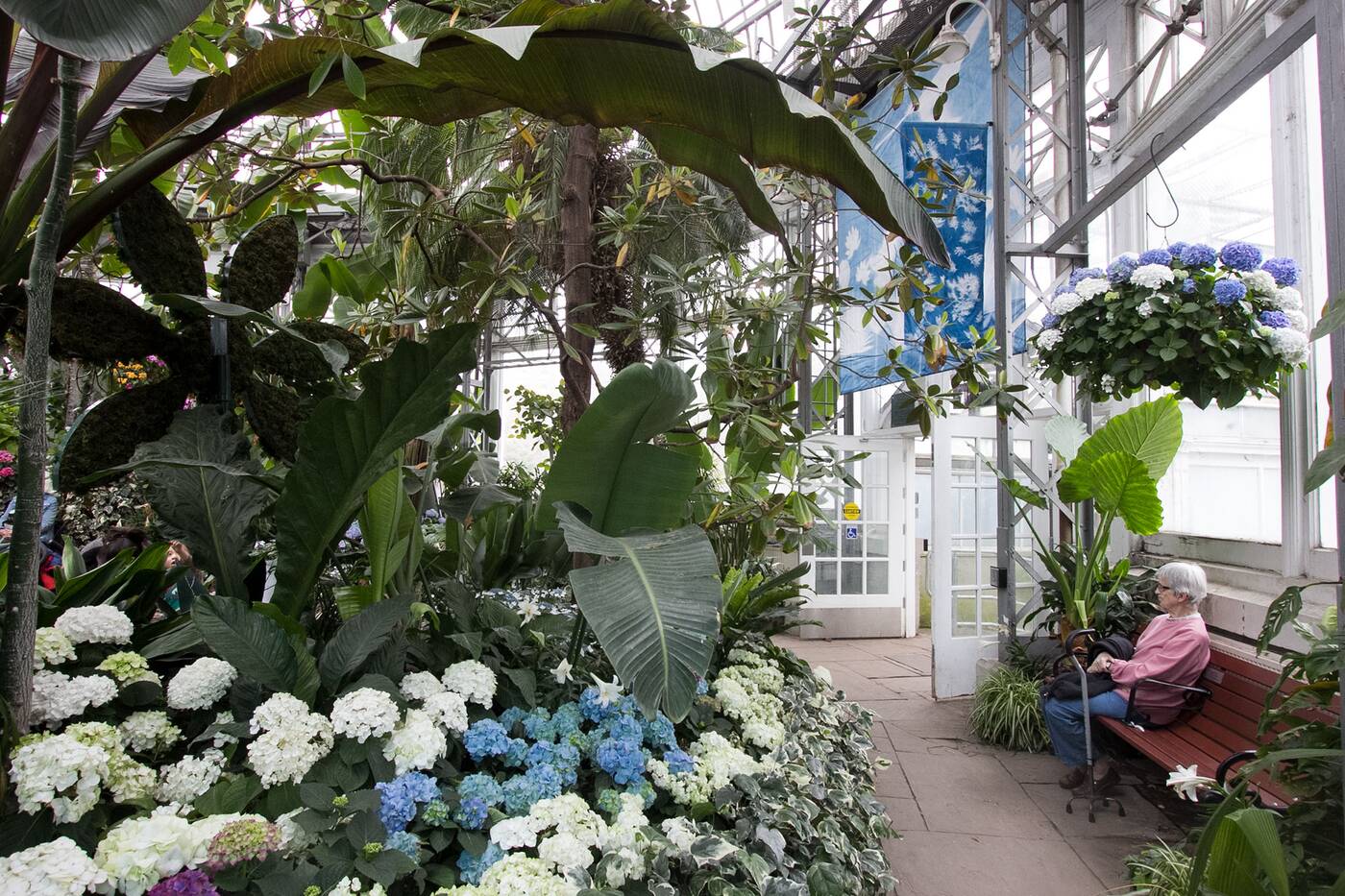 The Palm House acts as an entryway to the rest of the greenhouse and offers an assortment of palms, bamboo, tropical vines and bright seasonal flowers.

The best part of this area are the benches that line the walls, which are perfect for dates, a sketch session or a place to read a book before 5 p.m., when the structure closes. 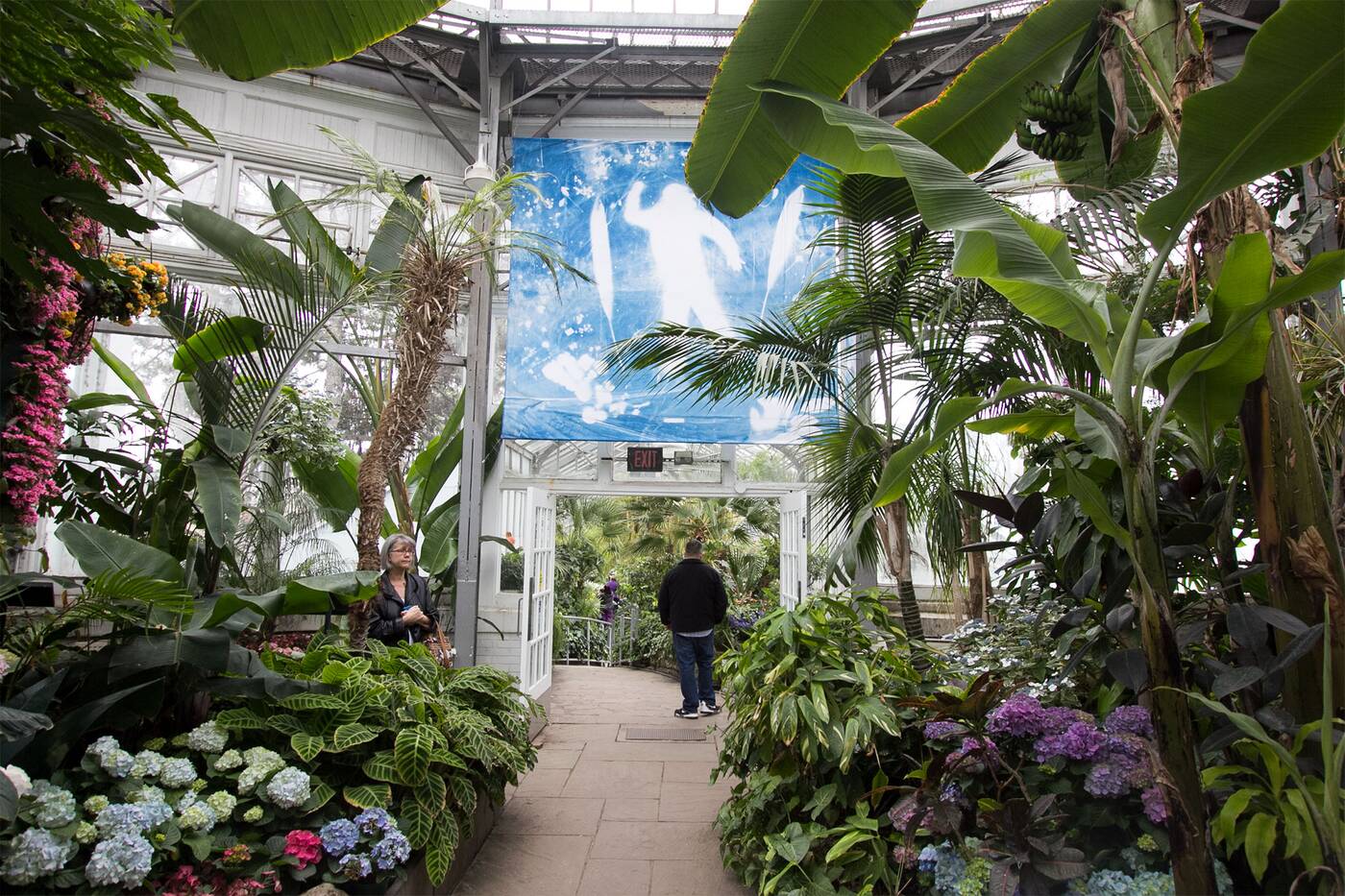 There's no entry fee, so it’s a wonder that the space isn’t busier on a daily basis. Sometimes you’ll see a small group being led around on a guided tour. You can actually book a private one for just $10 per person and tours run an hour, just $5 for seniors and kids.

Impressively, the team at the conservatory manages to create rotating displays for different holidays. 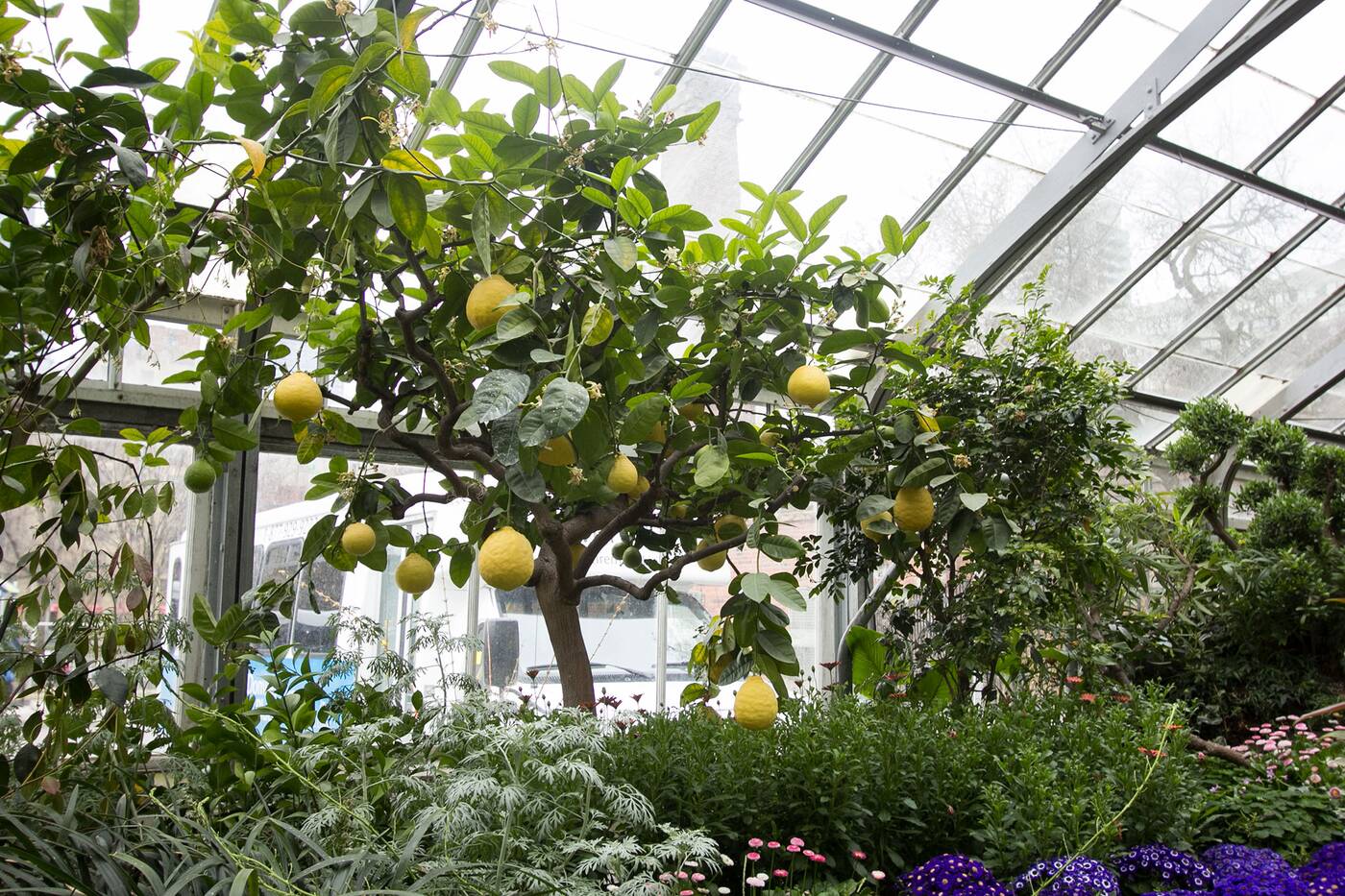 Follow the tight paths and you’ll find yourself in the Cool Temperate House, which is where plants like tulips, citrus trees, pines and purple hyacinths flourish. 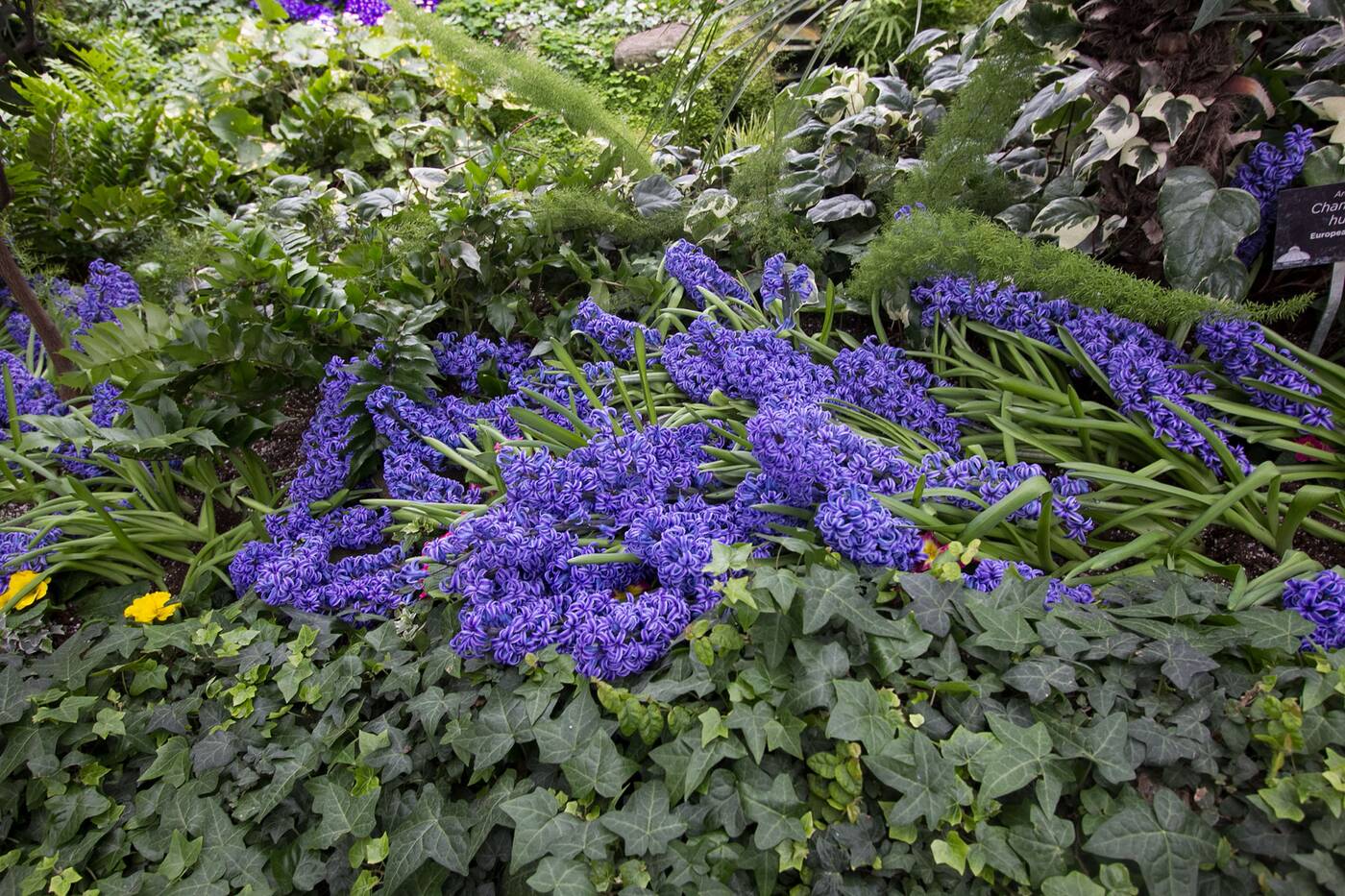 This area is particularly beautiful in spring, featuring plants from Australia and the Mediterranean. 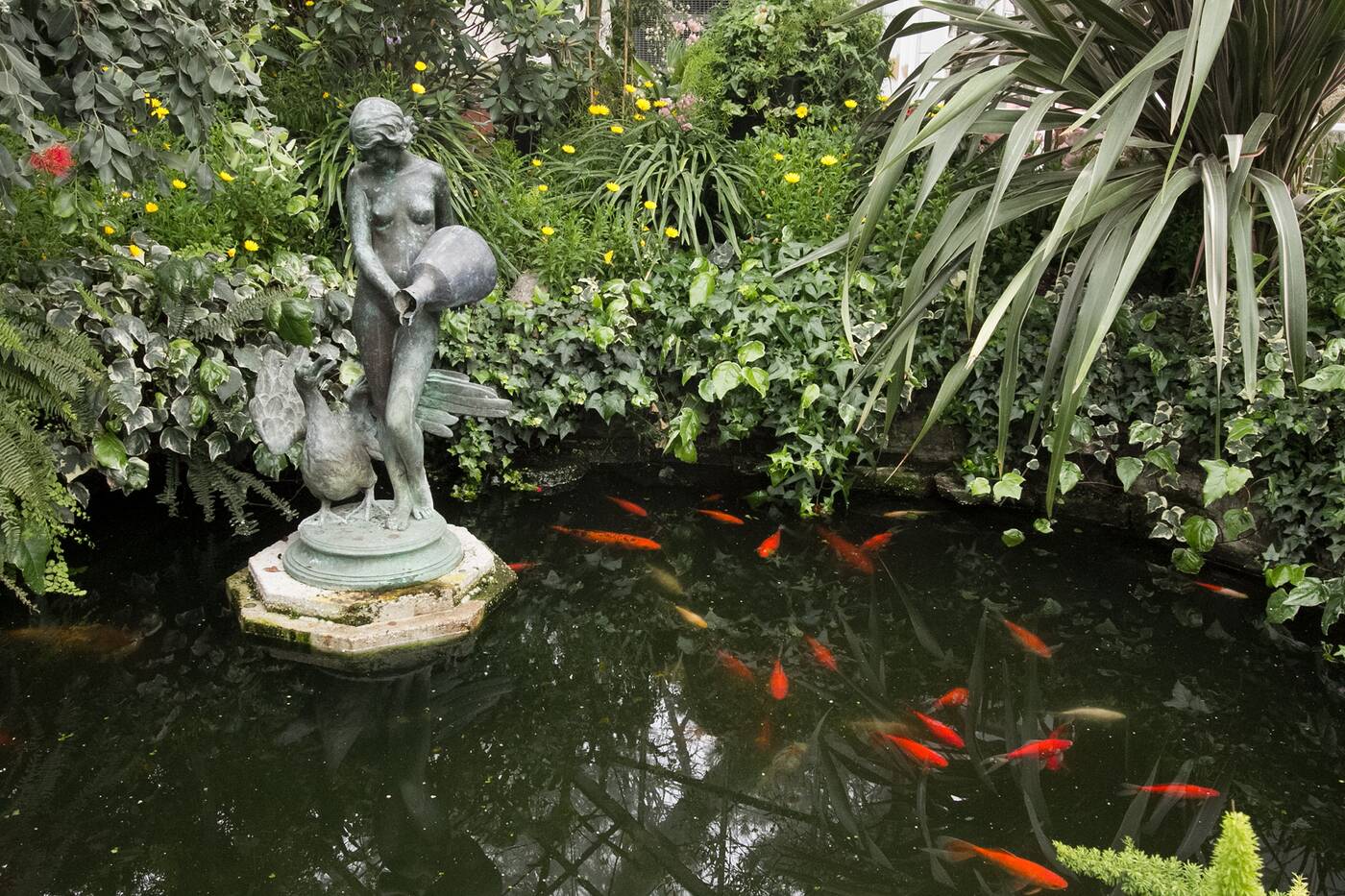 Toward the end of the section you’ll find a tiny pond full of Koi fish and a little statue of a lady (her name is Leda) with her pet swan.

The Arid House is where you’ll find the agave, succulents, and cacti in all shapes and sizes, from the tall kind to the squat round ones that look like chair poufs. These may be oh-so-tempting to touch, but don’t. 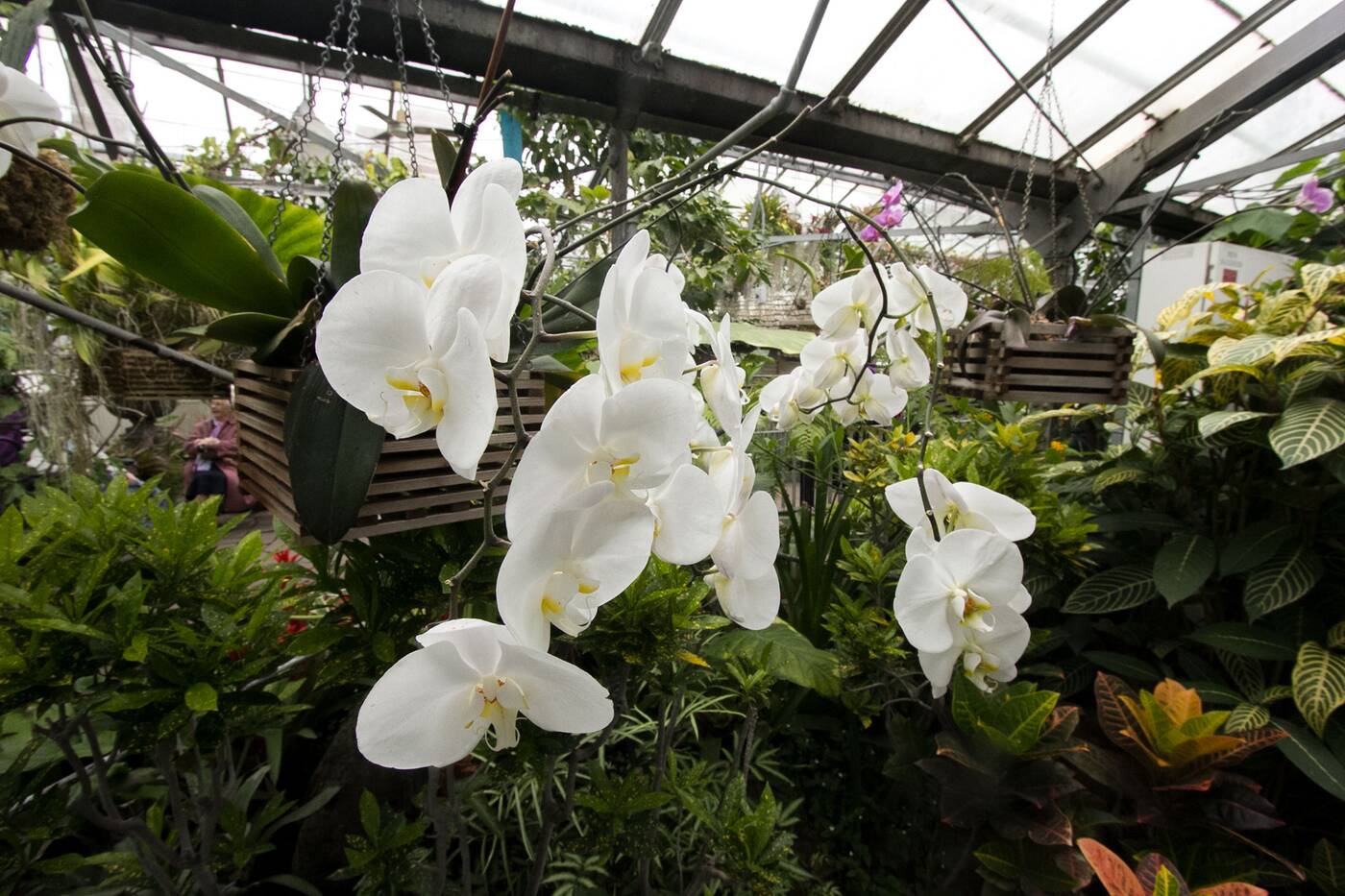 Next is The Tropical Landscape House which is lined with hanging orchids and other epiphyte plants, which take in their moisture and nutrients from the air. 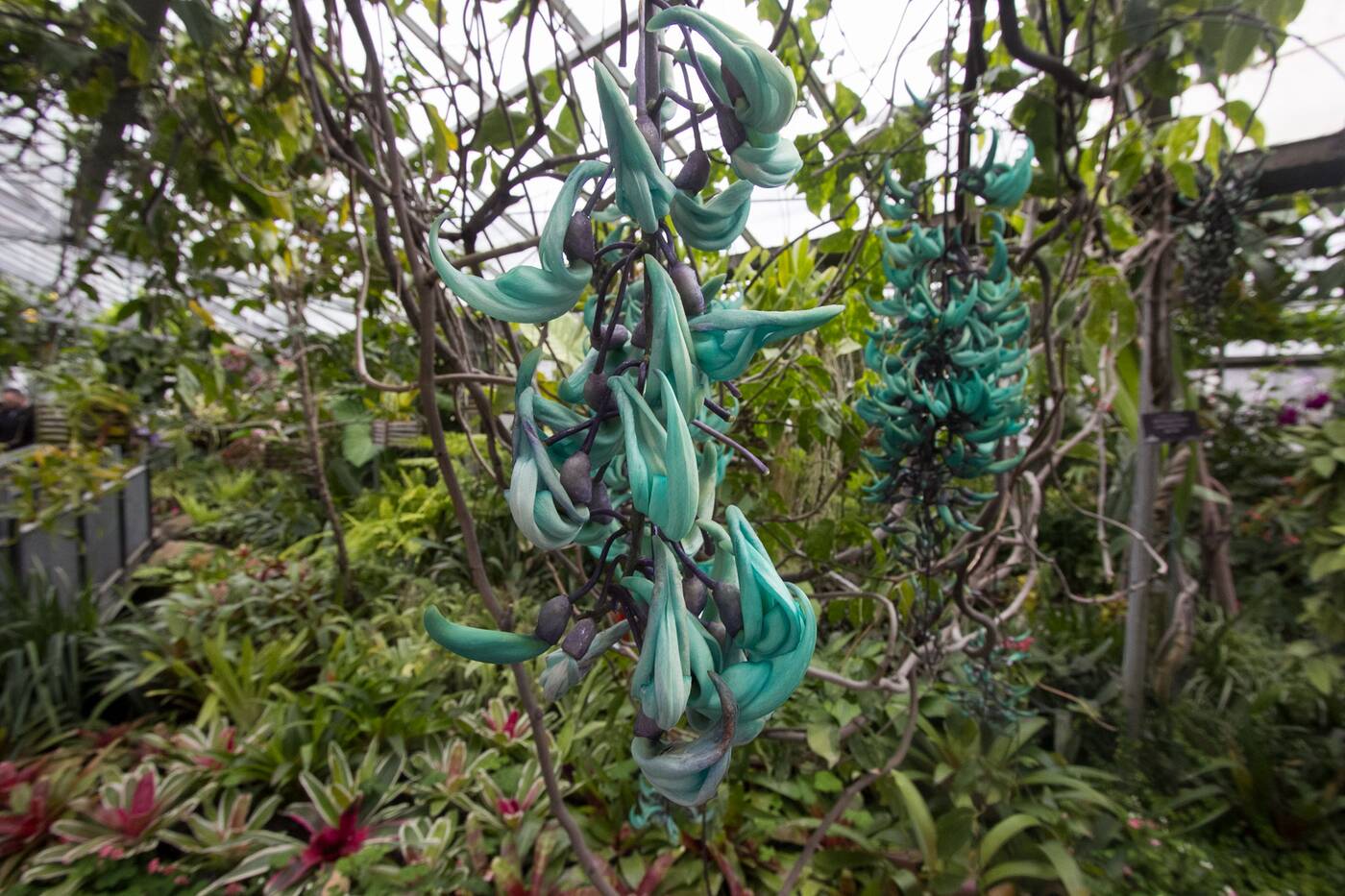 The jade vine is particularly amazing. 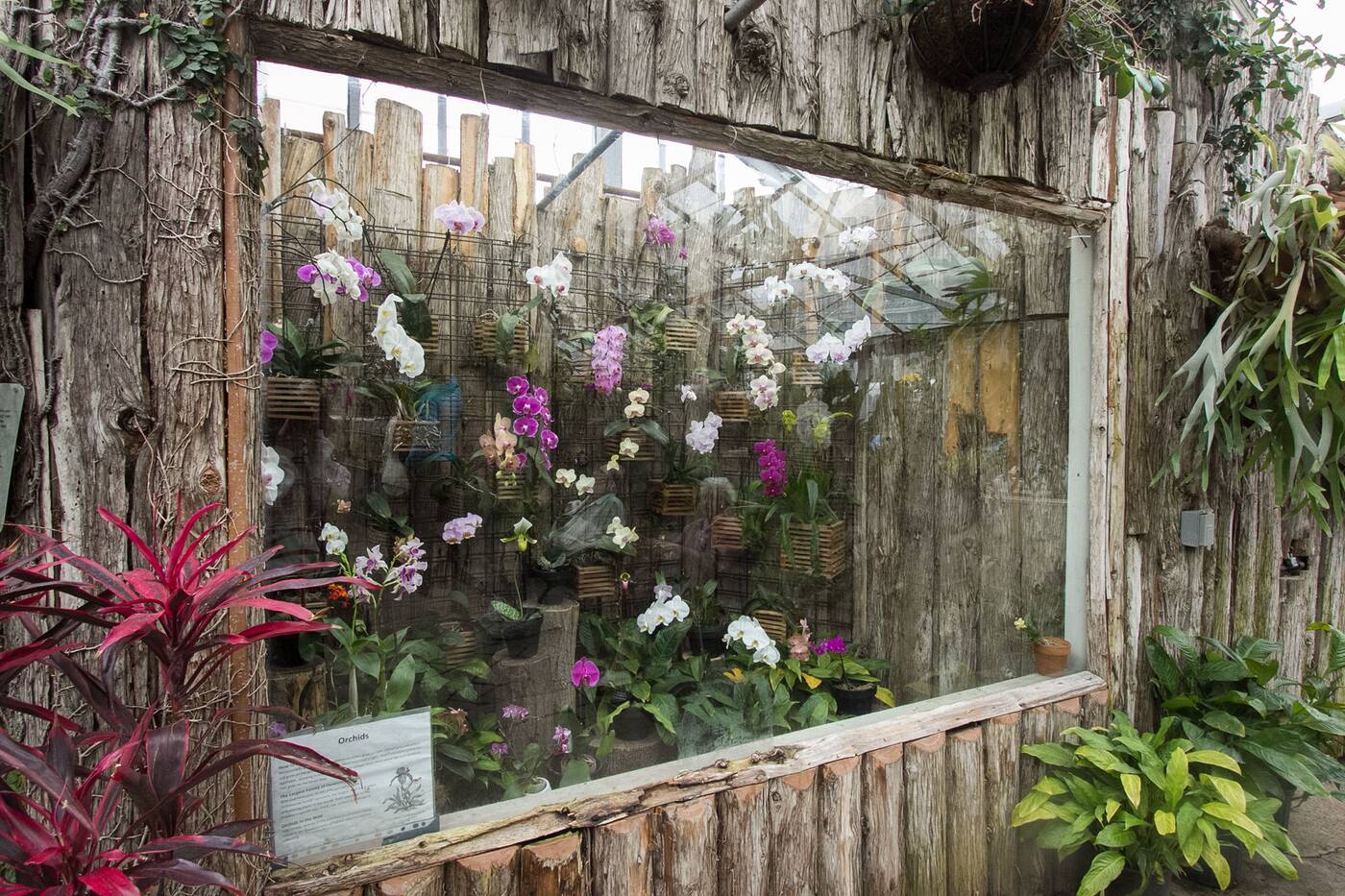 The second tropical house also features a wall of orchids behind glass. 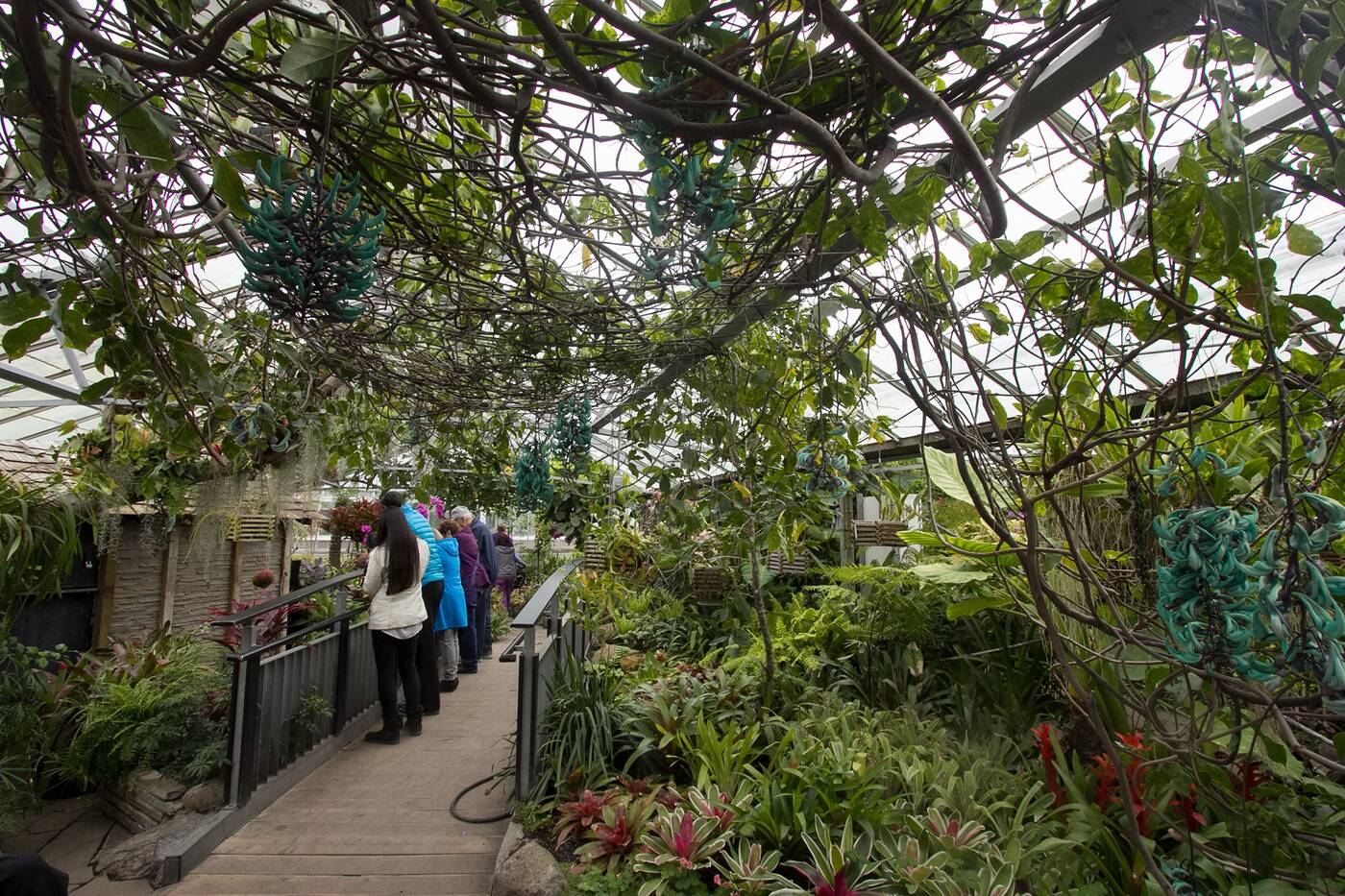 Follow the sound of trickling water and you'll find yourself on a bridge as you circle around back to the entrance. 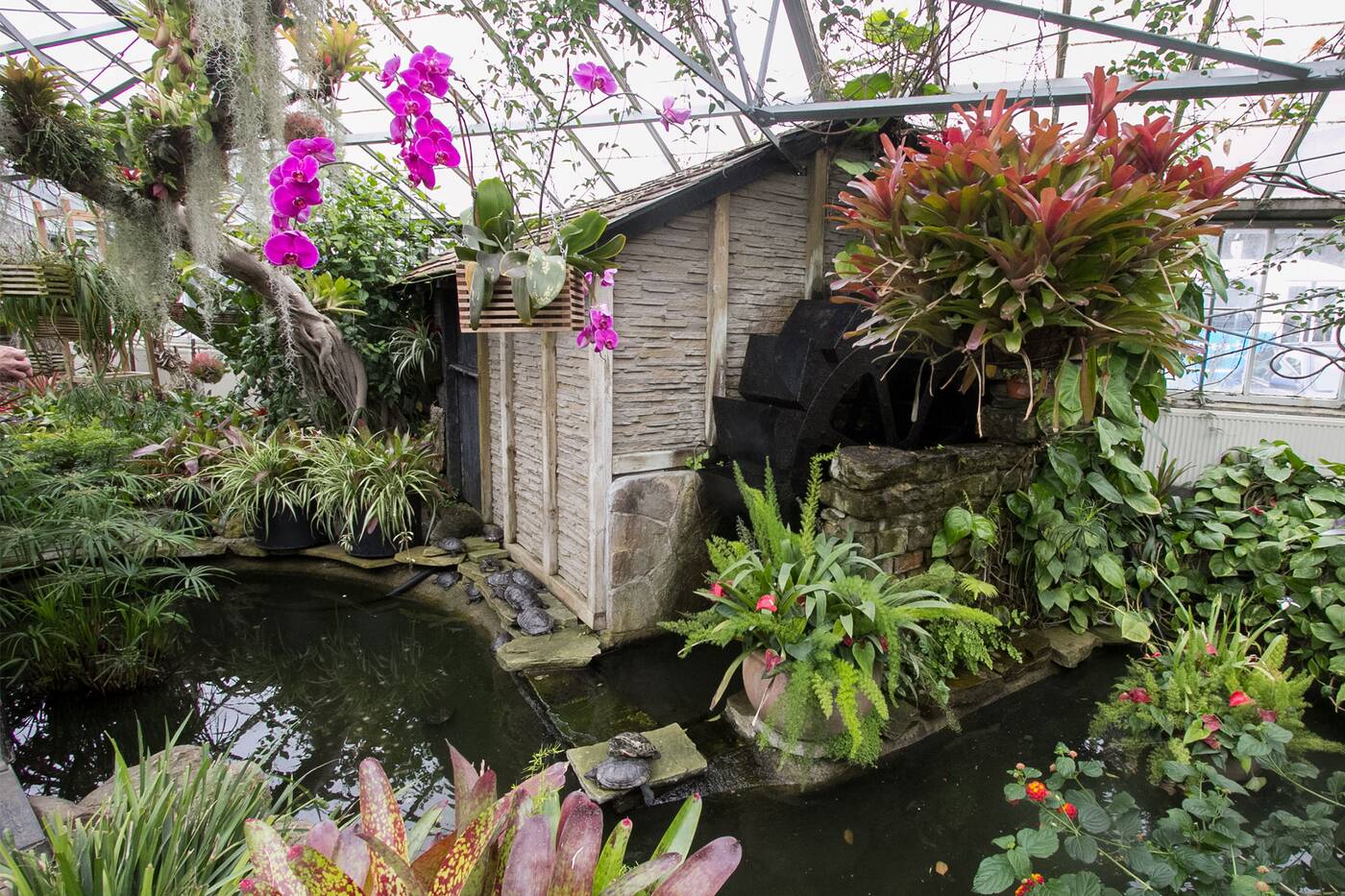 Here is where you’ll find a big water wheel and dozens of turtles doing what they do best: chilling. 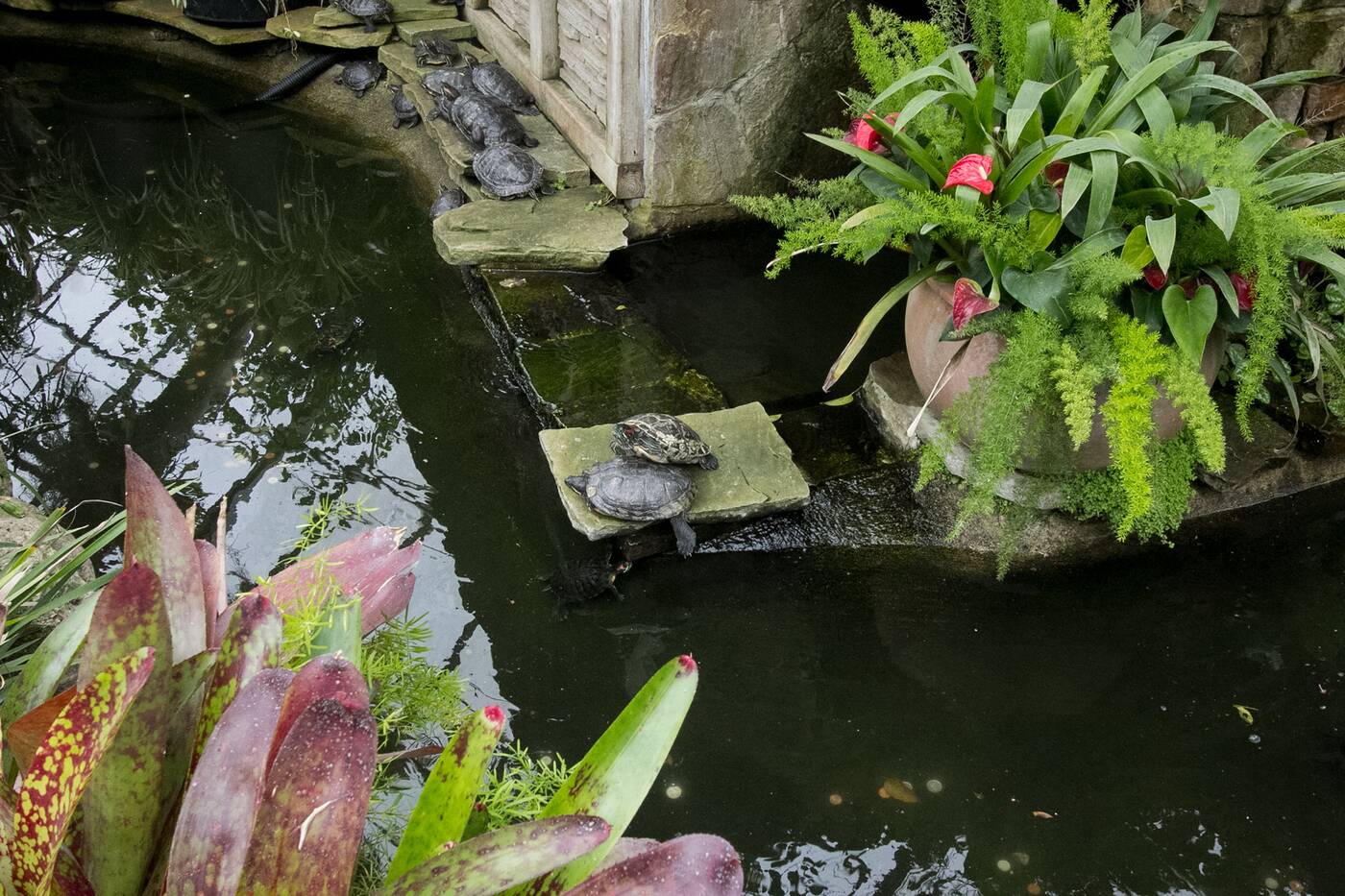 Likely the happiest turtles in Toronto, these creatures sum up the vibe of the conservatory: happy, peaceful, and a little sleepy.

It shouldn’t take you more than 45 minutes to enjoy all the areas of this green house thoroughly, but anybody thirsting for nature in the heart of the city can easily make a trip here last all day. 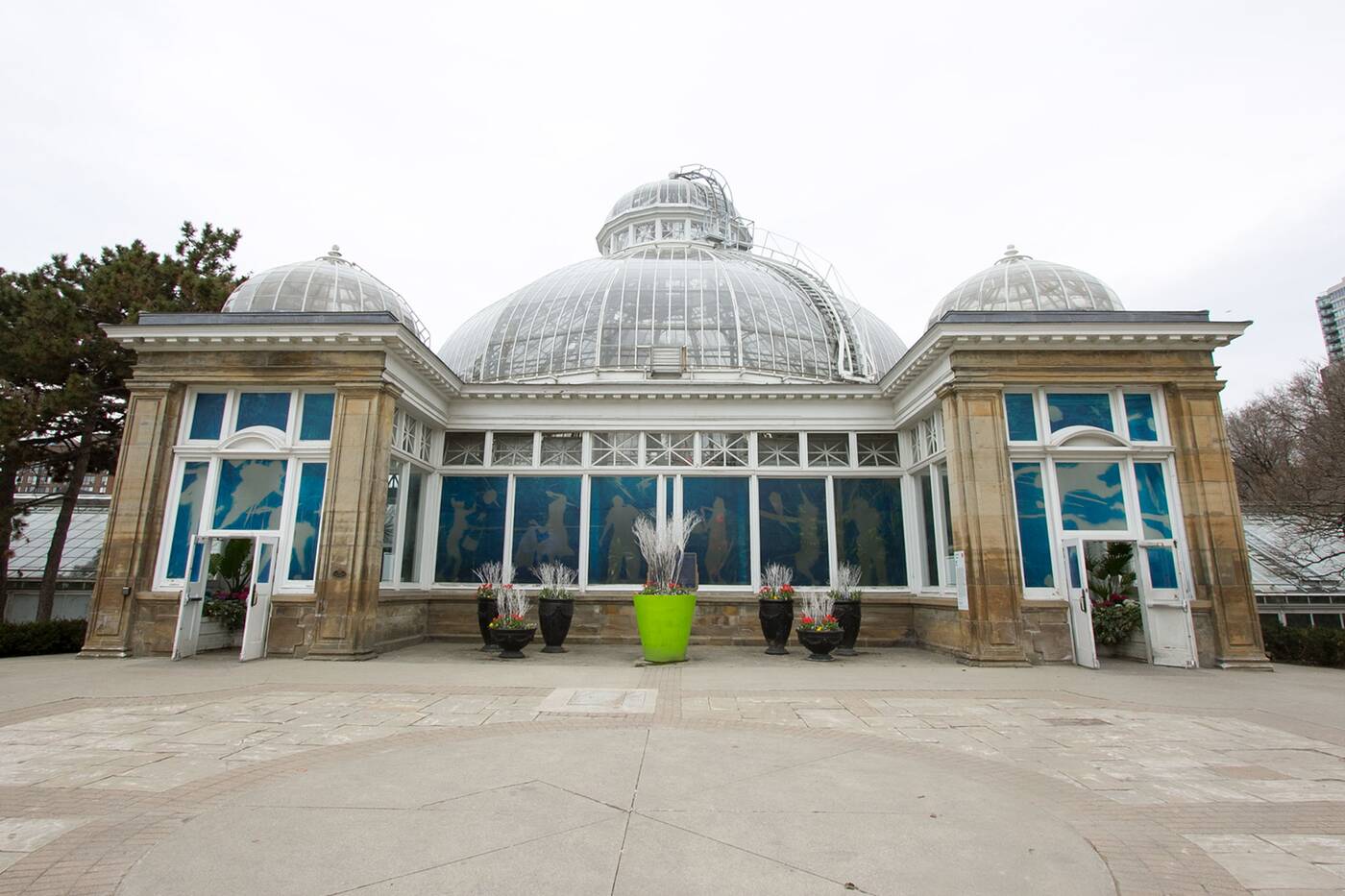