A team of landscape architects have unveiled the latest plans for a narrow sliver of former waterfront land close to what used to be Ontario Place, and there are several notable changes from the interim version of the park presented earlier this year.

The serpentine strip that's being turned into a new waterfront park runs from the foot of Ontario Place Blvd., down the back of Echo Beach, and out round the back of the old water slides. When the park was open the area was used for parking and equipment storage.

In January, the province and Waterfront Toronto, the two groups leading the development of the park, called for public feedback on their latest draft. The suggestions, gathered over the last three months, called for improved connections to the water and better recognition of local First Nations heritage. 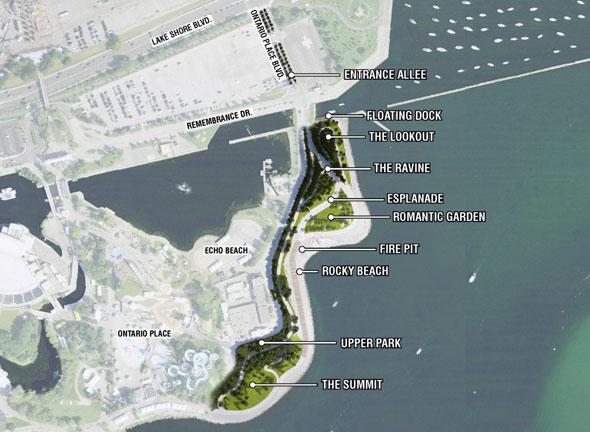 Many of the people that provided input said they wanted the as yet unnamed park, which is made up of areas that sound like levels in a Sega Genesis video game, to include multi-use trails, space for food trucks and other public events, and forested areas. Facilities should be geared towards walking, cycling, and hiking, they said.

As it currently stands, visitors will enter the park through an artificial ravine, which was not included in the previous incarnation of the park. On the rocky walls, carvings will use patterns and textures from traditional First Nations moccasins; overhead, a part of the looping park trail crosses the ravine on a suspension bridge. 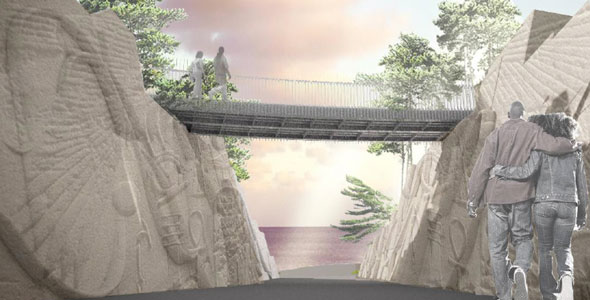 A looping, 980-metre multi-use trail will pass through the upper portion of the park, which contains high hills and forest, and a waterfront boardwalk with public seating and rocky outcrops that protrude from the beach into the water.

There are some nice touches: Some trees will be planted and grown in deliberately unusual shapes as visual landmarks and fire pits will be allowed - encouraged even - on a rocky section of beach with panoramic views of the city skyline. There's even a "romantic garden" for being romantic and a lookout for looking. 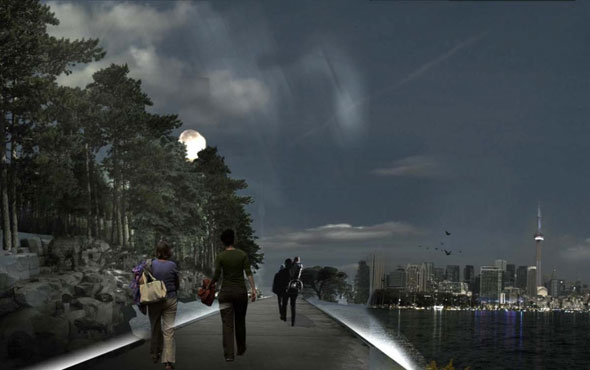 There is enough space, planners say, for about 3,500 people in the 7.5 acre park at one time: Flying kites, getting married, riding bikes, and eating from food trucks.

There's always a risk, however, that creating a park from scratch, adding sculpted hills and looming canyons where there was previously a sea of concrete, could result in something that feels contrived or artificial. It's hard to get a sense of what the park will look like when it's fully realized, but its best features could end up being ones that weren't planned. In short, it will be what people make of it.

The final design for the park will be unveiled and locked in place this summer. It's expected to be open a year later in time for the Pan-Am Games in 2015.

What do you think of the latest designs? Is anything missing? 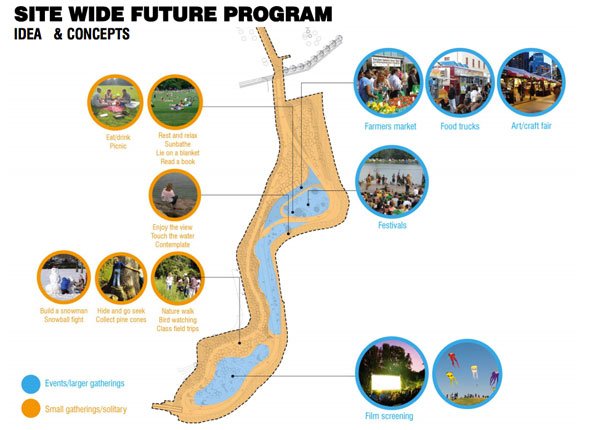