A press release states the four new restaurants will be completed by TIFF 2015 and "will be the best dining experience Toronto has to offer." Anybody wanna bet that this high ceiling-ed, "multi-level patio" endeavor will rival King West's restaurant row for tourist trap status? Anyway, you'll probably get the stink eye if you bring a book to dinner, but that's never stopped us before.

Here's a look at what the row is expected to look like. 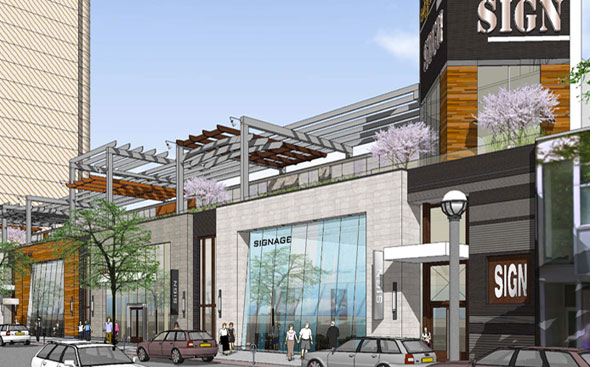