"Completely finished. Finished. I've had a come-to-Jesus moment, if you want to call it that," Rob Ford told the CBC's Peter Mansbridge in a rare one-on-one (plus Doug) interview hours after council voted to take away his powers. He sounded sincere, but in the months since that November meeting Ford hasn't managed to steer clear of the kind of "excessive, stupid, immature behaviour" he promised to avoid.

This morning, the Toronto Star published fresh allegations about the mayor's drinking in British Columbia in late January. Ford was supposed to be attending a memorial service for the mother of family friend and former logistics director David Price, but pictures quickly surfaced of dancefloor shenanigans in a Coquitlam pub.

There are also allegations Ford was drinking at 3030 Dundas West in the Junction Wednesday night before calling in sick to work the next day.

Here are five Ford incidents that have occurred since Ford swore off alcohol and drugs for good. 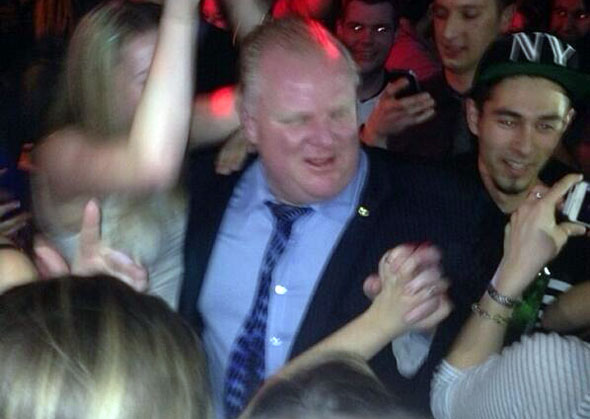 The Toronto Star reports this morning that Rob Ford was rambling incoherently at a Coquitlam, B.C. bar hours after receiving a jaywalking ticket. An anonymous witness to Ford's well-documented visit to the Foggy Dew pub, which is just streets from the gas station where he was fined by an RCMP officer, told the paper that the mayor drank beer, rum and coke, and shots of Jack Daniels after the bar had closed to the public.

Ford kicked up a fuss Friday about a rainbow Pride flag being flown in solidarity with LGBT athletes competing at the Sochi Olympics. The flag was raised outside City Hall with the help of Toronto's only openly gay councillor Kristyn Wong-Tam and Deputy Mayor Norm Kelly on a flagpole reserved for "multi-cultural events," among other things. Ford said he wanted a Canadian flag flown instead but was unsuccessful in his request.

Rob Ford said he wouldn't be attending this year's World Pride event in Toronto because he is unwilling to shift his opinions on the matter, a significant change in tone. In previous years Ford claimed the event clashed with a recurring family commitment. "I've never gone to a Pride parade. So I'm not going to change the way I am," he said. Doug Ford said he would be absent too, due to his fear of seeing "buck naked men running down the street." 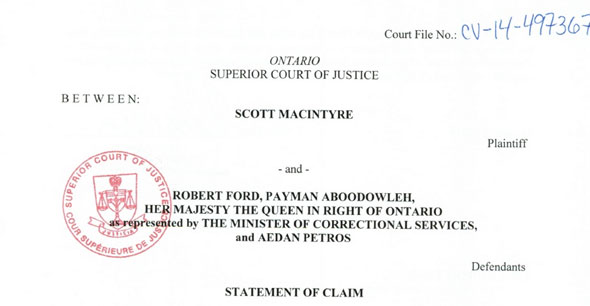 Scott MacIntyre, an ex-boyfriend of Kathy Ford, older sister to Rob and Doug, alleged in a statement of claim that the mayor ordered a savage jailhouse beating that left him with a broken leg and missing teeth. MacIntyre said the attack was designed to stop him leaking information about Rob Ford's "drug and alcohol abuse and association with criminals" in the months before the crack story broke. He also suggested the "drunken rage" video was related to the incident. None of the allegations have been proven in court. 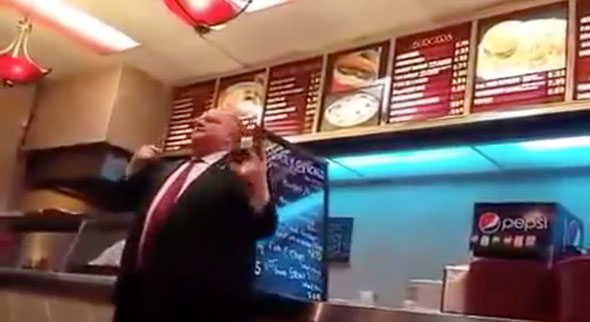 Cha, bumbaclot. Ford caused a stir in January when a video posted to YouTube showed him insulting Police Chief Bill Blair in an affected Jamaican accent. Hours later, the mayor admitted he had been drinking "a little bit" at Etobicoke's Steak Queen and a subsequent video showed him seated with "close friend" Sandro Lisi, who is currently free on bail on a charge of extortion related to the video of Rob Ford smoking crack cocaine.