Rob Ford (almost) gets a heap of coal for Christmas

Rob Ford received the gift of 1.2 million lumps of coal from Santa and his elves this morning, or at least he would have done if security had let Santa bring his symbolic sack of shiny black rocks inside. It was left at the door along with his jingle bells.

Santa Claus and a band of elves led a "coal caravan," which consisted of 25 wheelbarrows, from Queen and Portland to City Hall this morning. Santa waited for a few minutes outside the mayor's office but was again rebuffed by security. A few hecklers made their feelings felt. 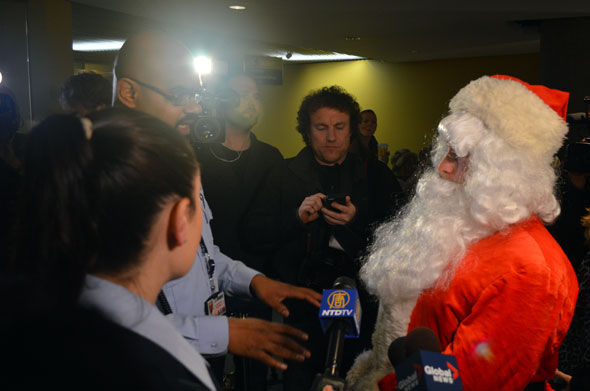 Earlier this month, advertising agency Bob's Your Uncle encouraged people to pledge a lump of coal for the mayor's Christmas stocking via a special website. By this morning, more than 1.2 million had joined the protest against "the naughtiest boy on Santa's list." The agency will be donating $5,000 to a toy drive for kids in need.

Bob Froese from Bob's Your Uncle sourced the coal from a disused storage locker at his family cottage and bought the rest from Thack Ironworks, one of just a few suppliers of blacksmithing coal in Canada, located in Floradale Ont. The cargo sent to the company's downtown office by truck.

"I'm quite disappointed," Santa said after being told to leave. "I didn't know Santa wasn't allowed to have his sleigh bells nor his sack of presents in City Hall. I was instructed to leave and I'm doing so, because Santa doesn't want to cause any problems."

Rob Ford was preparing for a media event of his own, signing a second batch of new and improved "Robbie Bobbie" bobblehead dolls in the rotunda of City Hall. 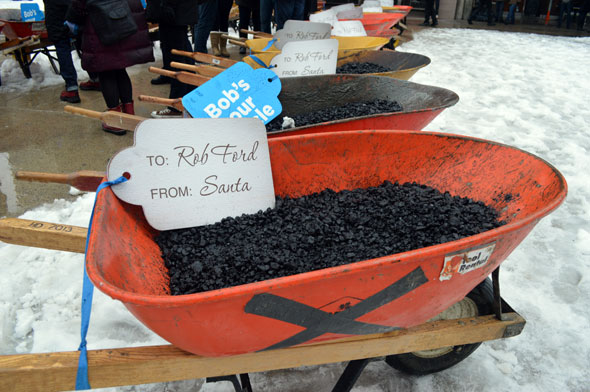 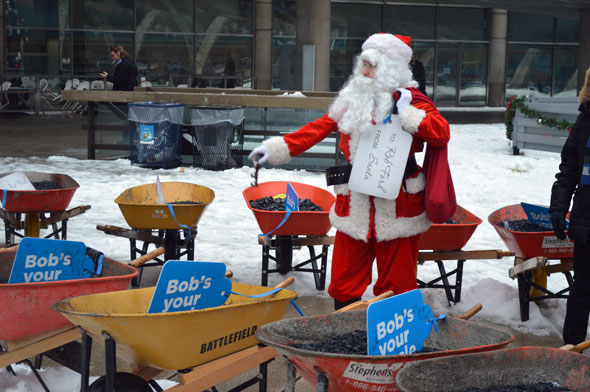 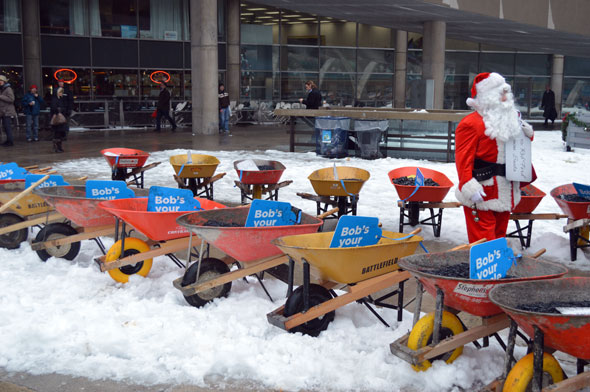 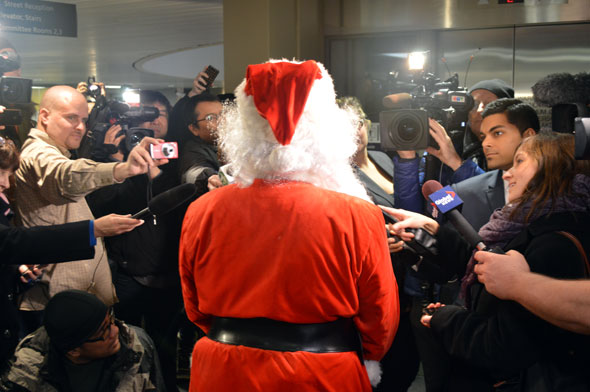