That time when the CN Tower had a clown on stilts

The CN Tower has memorably provided stout entertainment to Toronto and its visitors for almost four decades, but sadly history has not been kind to its original kid-friendly mascot, a humble, balloon animal wielding clown on stilts who went by the name of Diego.

David Garrick, former general manager of the Canadian National Exhibition first spotted Diego Gonzoloz walking on stilts in the 1975 Toronto Santa Claus Parade. Garrick had been drafted by the CN Tower to take over its public affairs department just as it was opening, and saw great potential in the form of a towering clown.

"I reached way up high and gave him my business card, and asked him to call me." recalls Garrick, now retired. "I started him on just weekends, when the crowds were backing up the elevators."

Seen briefly in the clip above, Diego was on hand for the CN Tower grand opening ceremony, and remained a fixture until the early 1990s. Finding great favor with visitors, especially children, he roamed around the lobby of the Tower, making balloon animals and generally keeping people amused while they waited for their turn to ride up the elevators.

Garrick remembers "He was so good with children and making balloons for them while on stilts that he was hired full time. My payroll clerk who was hard-nosed from the railway side said I have penned a lot of cheques for clowns, but this is the first real one I have signed." 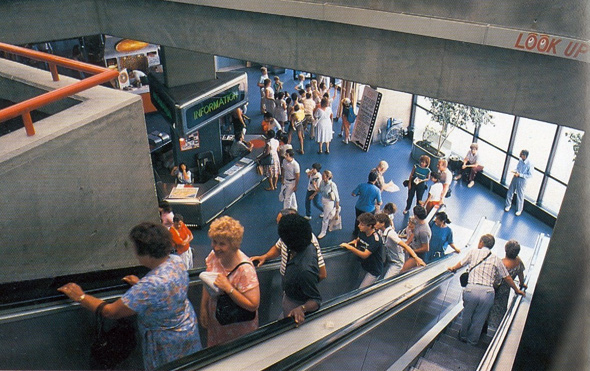 Look closely at the photo above, and in the top centre you can just make out Diego's legs, surrounded by a scrum of adoring children. According to stilt maker Gary Ensmenger, stilts have been helping sideshow entertainers walk tall for over 600 years, creating a playful twist on physical reality and elevating street performance to, uh, lofty heights.

Laugh Makers magazine, a title dedicated to the arts and science of Carny folk, wrote in 1990: "The term "Stilt Walker" is already obsolete because it does not delineate what we are accomplishing as performers on bending-toe stilts. We should replace the term with "Stilt Performer" or "Stilt Acrobat" and leave the stilt walking to folks on drywall sticks." 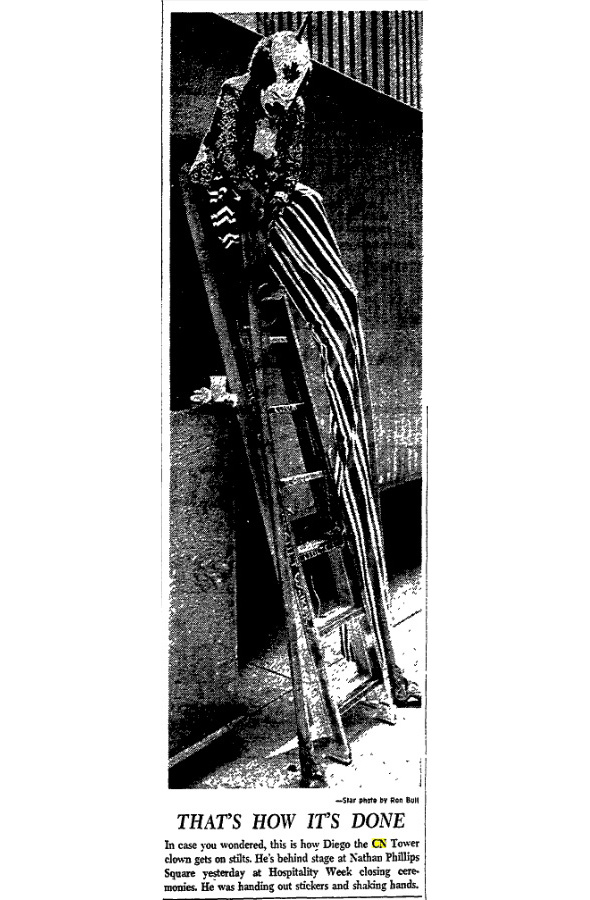 Doc Bandoli, a popular Toronto entertainer also remembers Diego well: "I myself used to do gigs on stilts for years and I did a few at the CN Tower where I met Diego. He always stayed at the inside ground floor because his stilts were so high, and after walking around a bit he would always perch himself on a concrete ledge and make balloon animals for the kids."

Unsurprisingly, it was children who championed Diego. Perhaps his most lasting impression came in the form of a popular souvenir glass which came free with purchase of specially mixed kid drinks served At the Top of Toronto, the CN Tower restaurant now known as 360.

Not only can these still be found knocking around local thrift stores, but probably as well around the world thanks to the booming CN Tower tourist trade in the 70s and 80s. 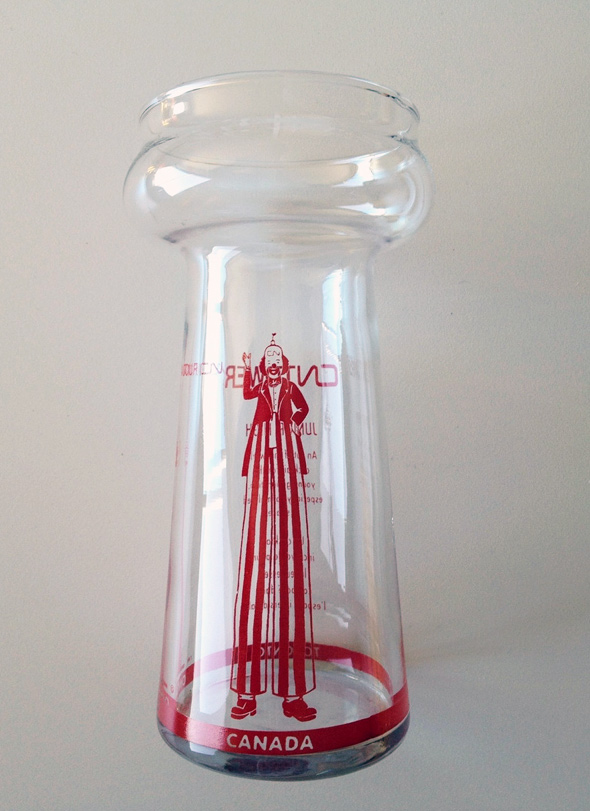 After a fleeting cameo in the utter train wreck that is CBC's The Opening of SkyDome: A Celebration, Diego disappeared. Dave Garrick left his position as President of the CN Tower to help launch the Skydome: "Diego stayed on until the stilts became too hard on this knees and I do not know where he went, as I left the tower to go to Skydome".

Numerous attempts to track down more information on Diego have proved futile, as for whatever reason the CN Tower's current publicity department sees no value in acknowledging his contribution to the overall experience during its formative years.

However, as the sheer number of visitors who attended the Tower between 1976 and the early 1990s must number in the hundreds of thousands, there are likely many more visual recordings out there of this jolly, stilted clown who kept young ones busy and engaged while their families awaited a ride to the top of Toronto. Hopefully one day his legacy can be respectfully marked. 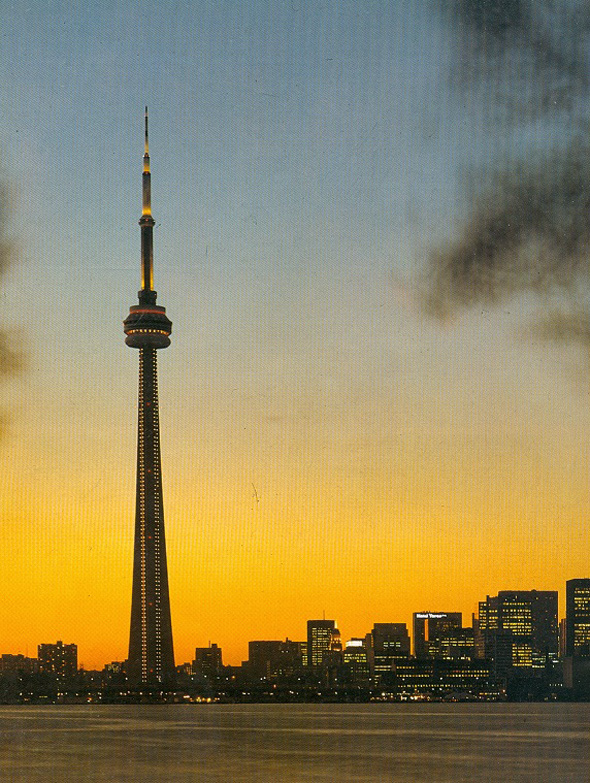 Retrontario plumbs the seedy depths of Toronto flea markets, flooded basements, thrift shops and garage sales, mining old VHS and Betamax tapes that less than often contain incredible moments of history that were accidentally recorded but somehow survived the ravages of time. You can find more amazing discoveries at retrontario.com. 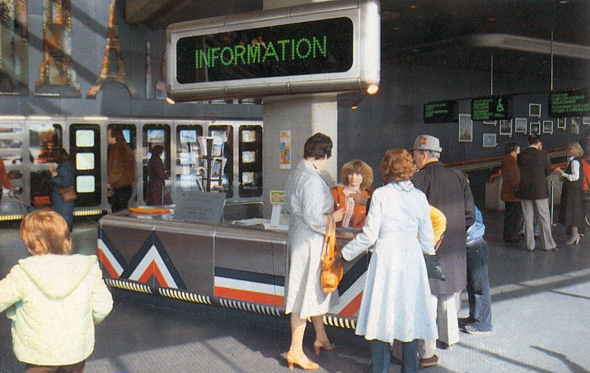