Northtown Way is a plaza packed to the gills with restaurants, bakeries, and tea shops, where lovers of Asian street eats and specialty bubble tea can while away hours on this Yonge Street offshoot sampling new food (durian mochi, anyone?)

Sitting nearly halfway between Finch and North York Centre Stations, this bustling little city square has transformed over the years from a residential hotspot to an area synonymous with food. 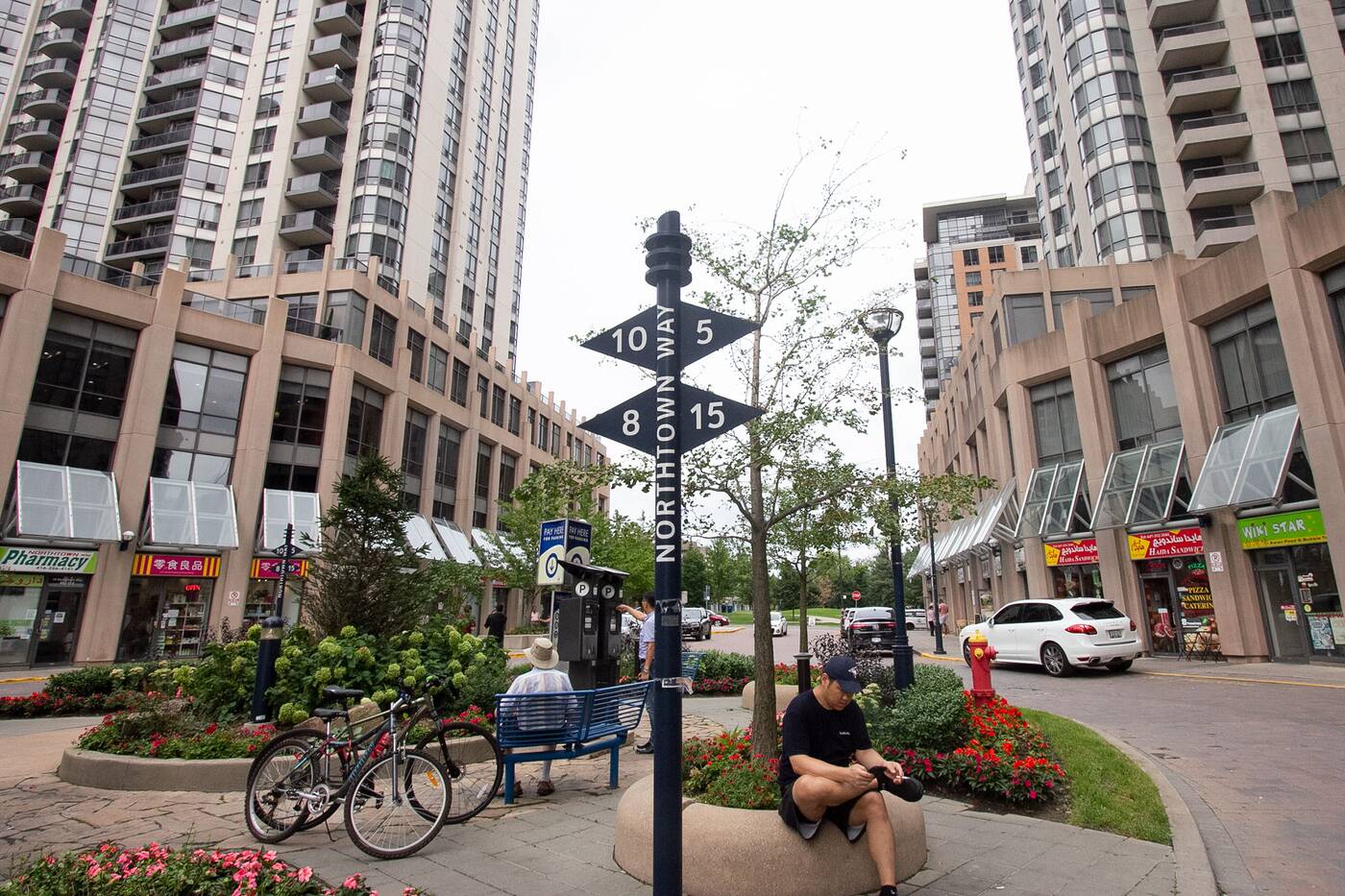 Northtown Way Square is a circular street lined with independent restaurants and stores.

The majority of Northtown's units are independent businesses dealing in Asian food, with Northtown Way Square acting as the foyer for the residents of the Grande Triomphe condos, Tridel, and the upscale Delmano Northtown retirement home which line Yonge Street. 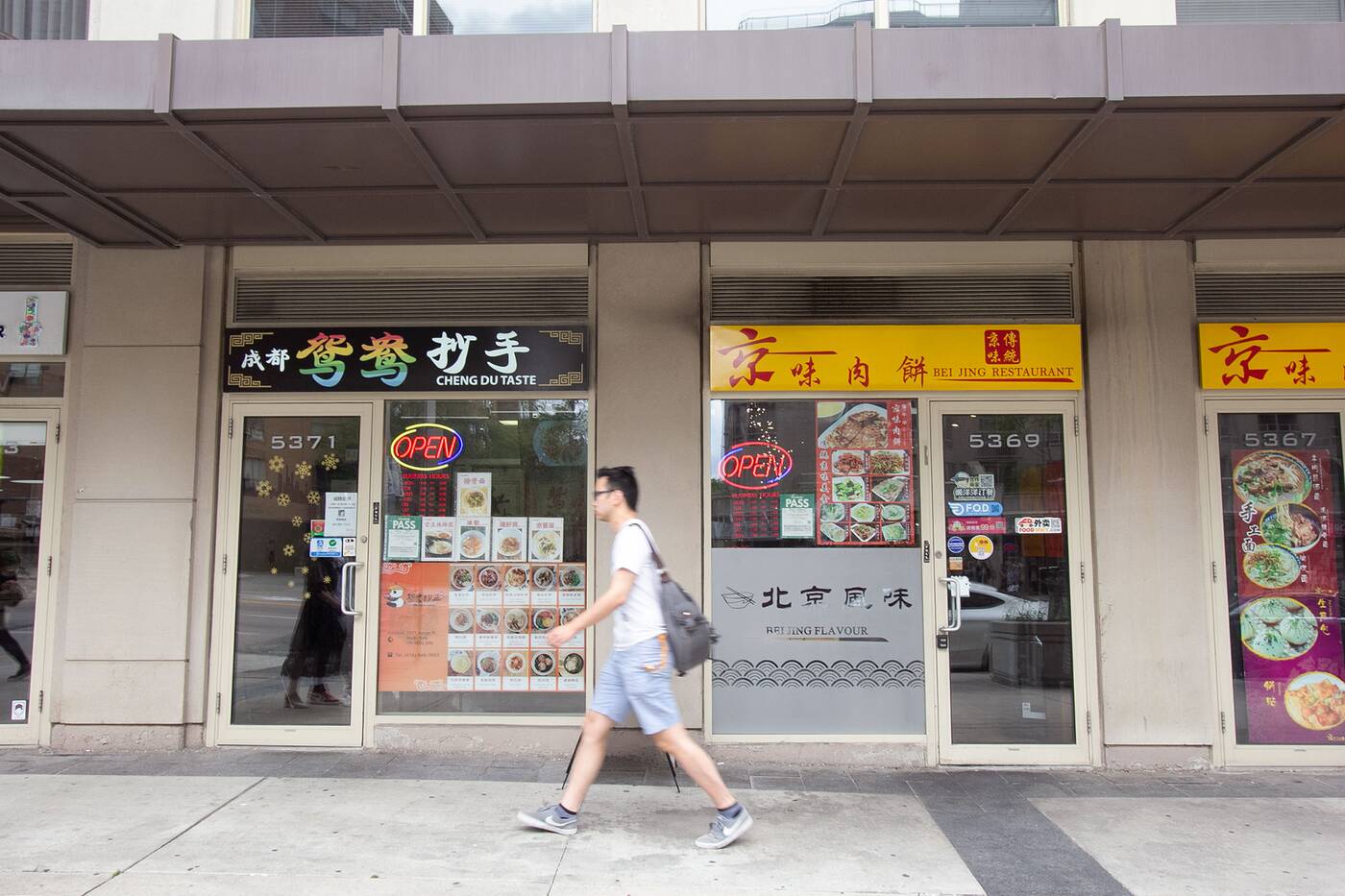 A short walk up Yonge from Northtown has its own share of eateries.

While you can stick to trying out all the food on Northtown—there's enough there to spend several days eating—I'd recommend the more glutinous food lovers to also explore Byng Avenue just north of the square, and the area of Yonge that leads up to it. 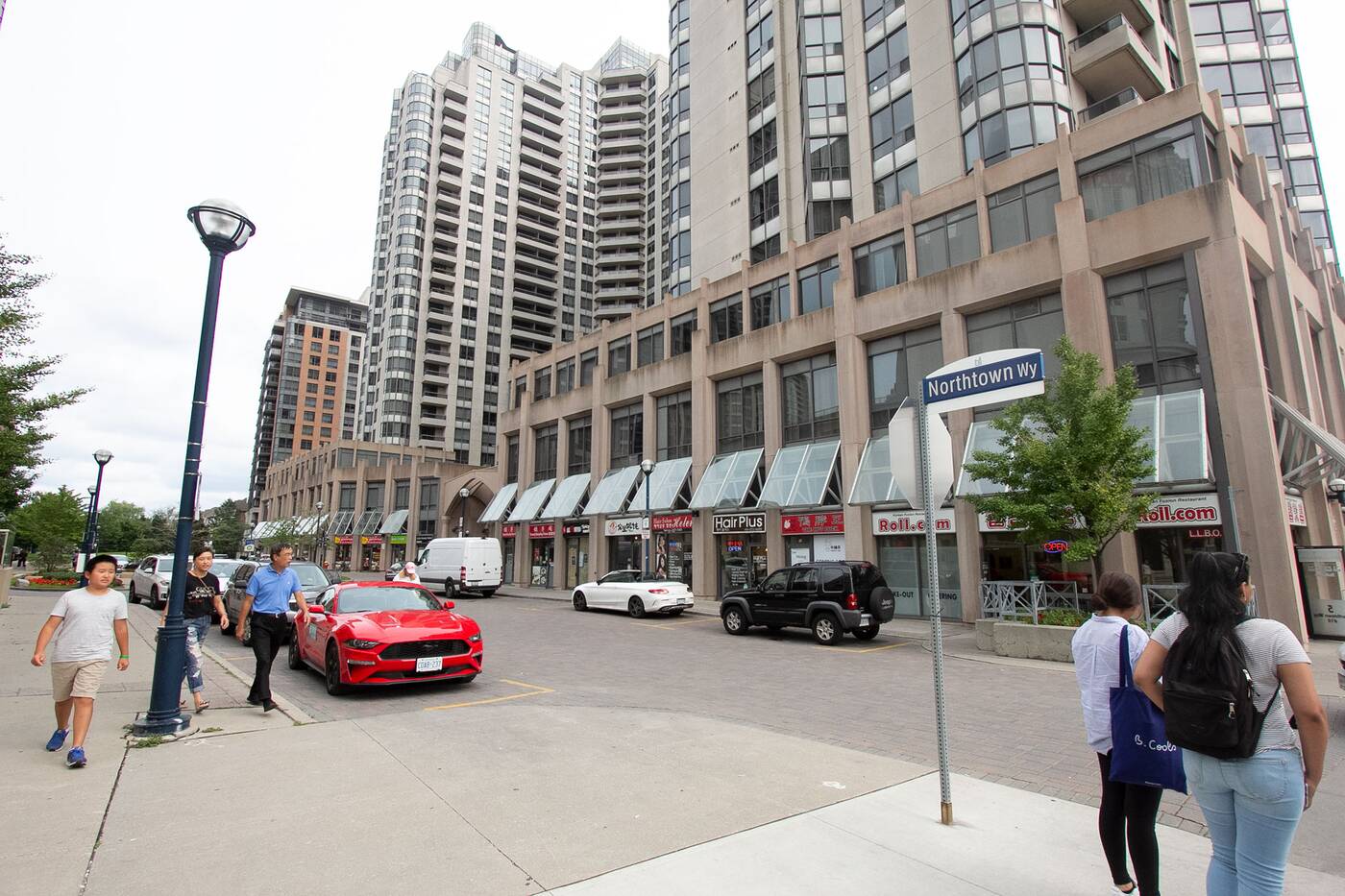 The Northtown area mostly consists of restaurants and condos.

Along the way you'll find plenty of eats that run the gamut of Asian favourites like soup dumplings and traditional Chinese noodles to Persian pizza and, of course, lots of boba.

Here's all the types of food you can find by Northtown Way.

Probably the most well-known restaurant in Northtown Way Square, the longtime institution Sushi Bong is most famous for their hulking sushi rolls. Seriously, the sushi here is absolutely massive — dynamite rolls are at least twice the size of others out here. 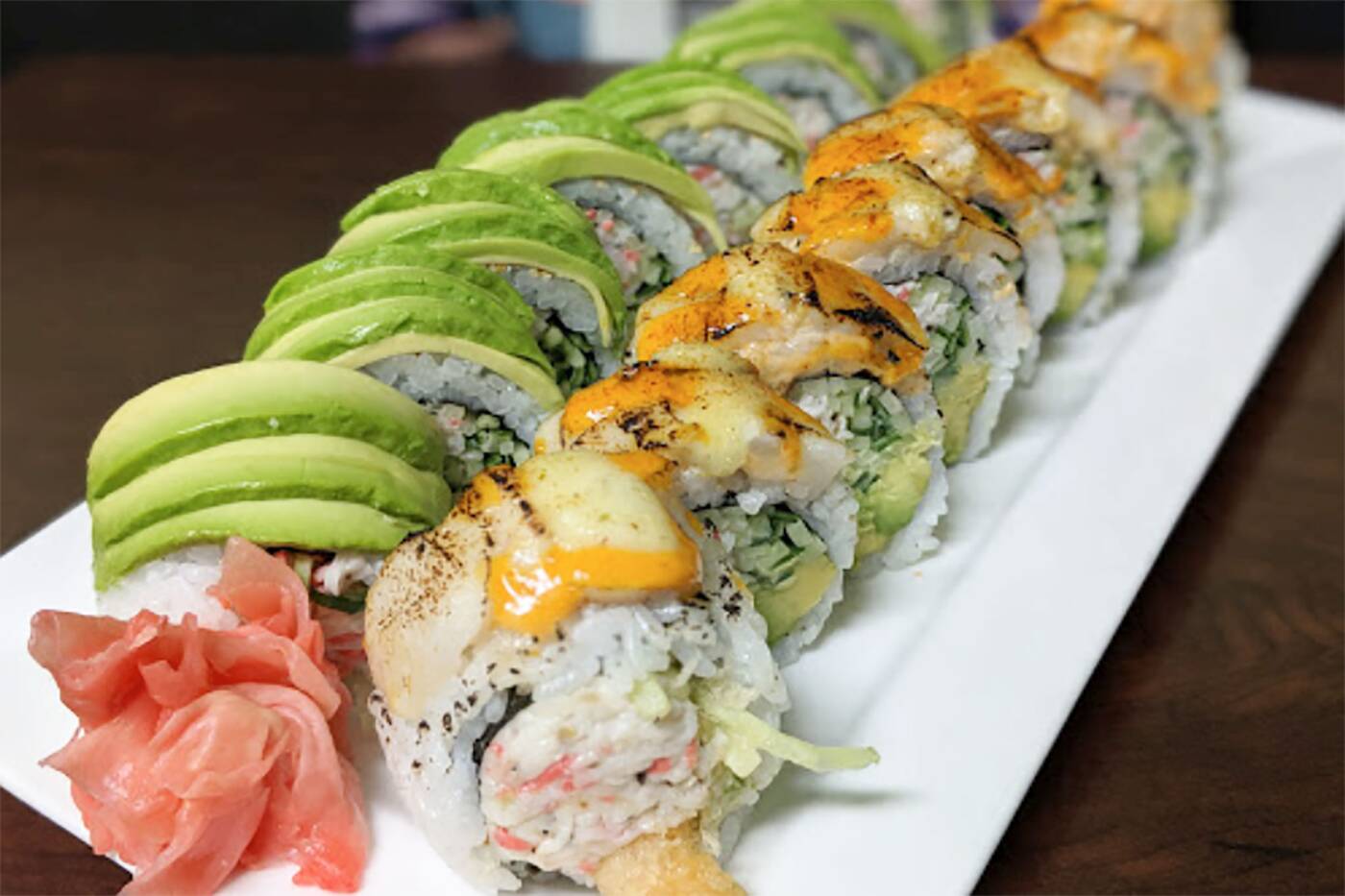 The most popular order at VIPS Sushi is the white dragon roll. Photo by Matthew Yip.

A close contender up on Byng is the newer VIPS Sushi, a takeout joint that's much smaller than Sushi Bong. It's a little bit pricier here, and rolls are definitely smaller, but the tightly packed sushi here is pure quality, especially their white dragon roll with seared scallop on top.

Right next to it, Naniwa-Taro serves up Tokyo-inspired eats like curries, katsus, and their most popular order, the okonomiyaki: a Japanese pancake sprinkled with mayo and dried bonito flakes. 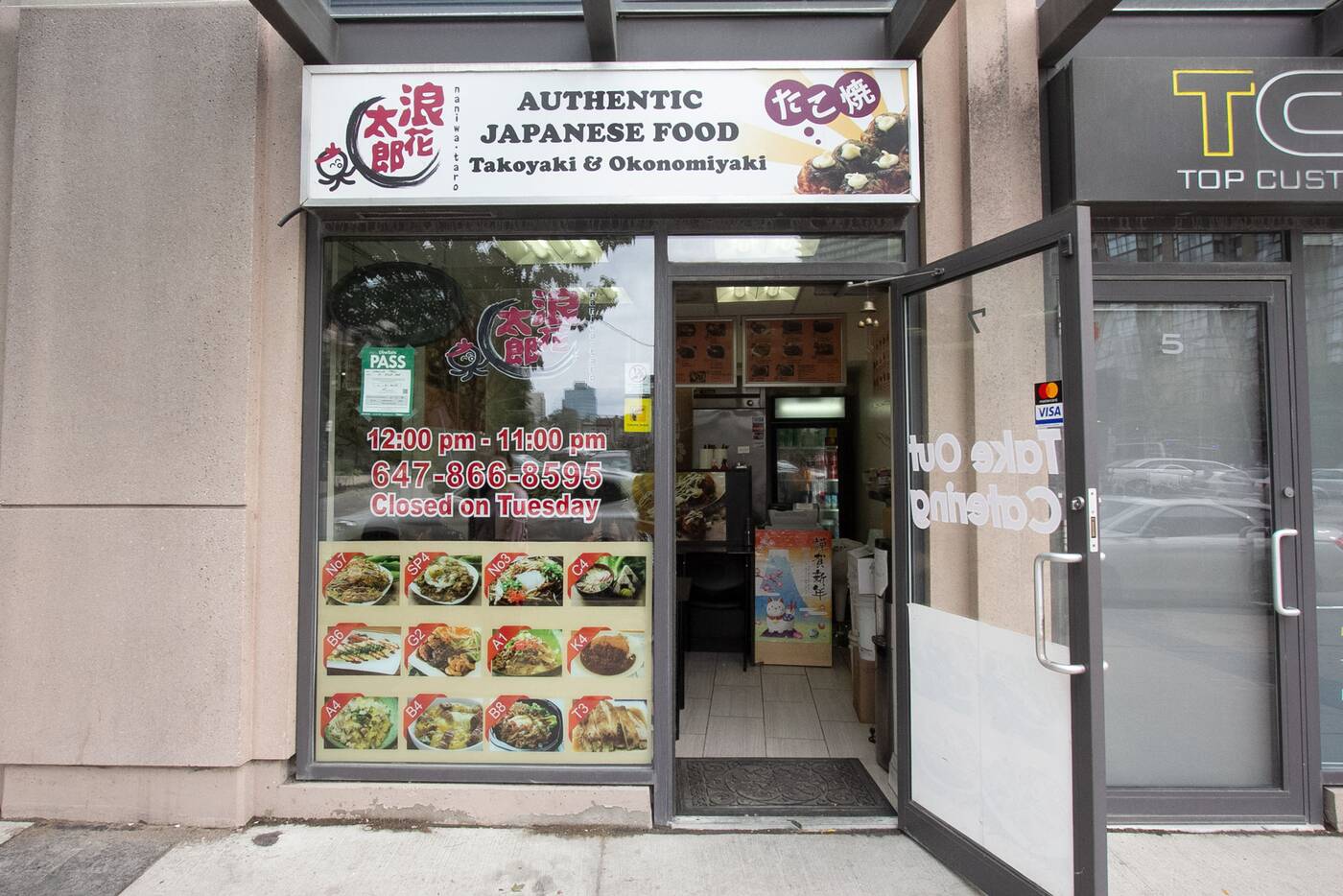 For other Japanese eats, One Two Snack on the northeast corner of Northtown serves curry omurice, the popular omelet dish doused in either curry or hokkaido cream, as well as some Taiwanese items like tan tan noodles and stinky tofu.

Despite having a pretty last ditch name, Roll.Com (that's not their actual website) is a popular corner spot right at the entrance of the square. Head here for a variety of rice cakes, soondae blood sausages and Korean-style sushi with ingredients like kimchi, fish cakes and cheese. 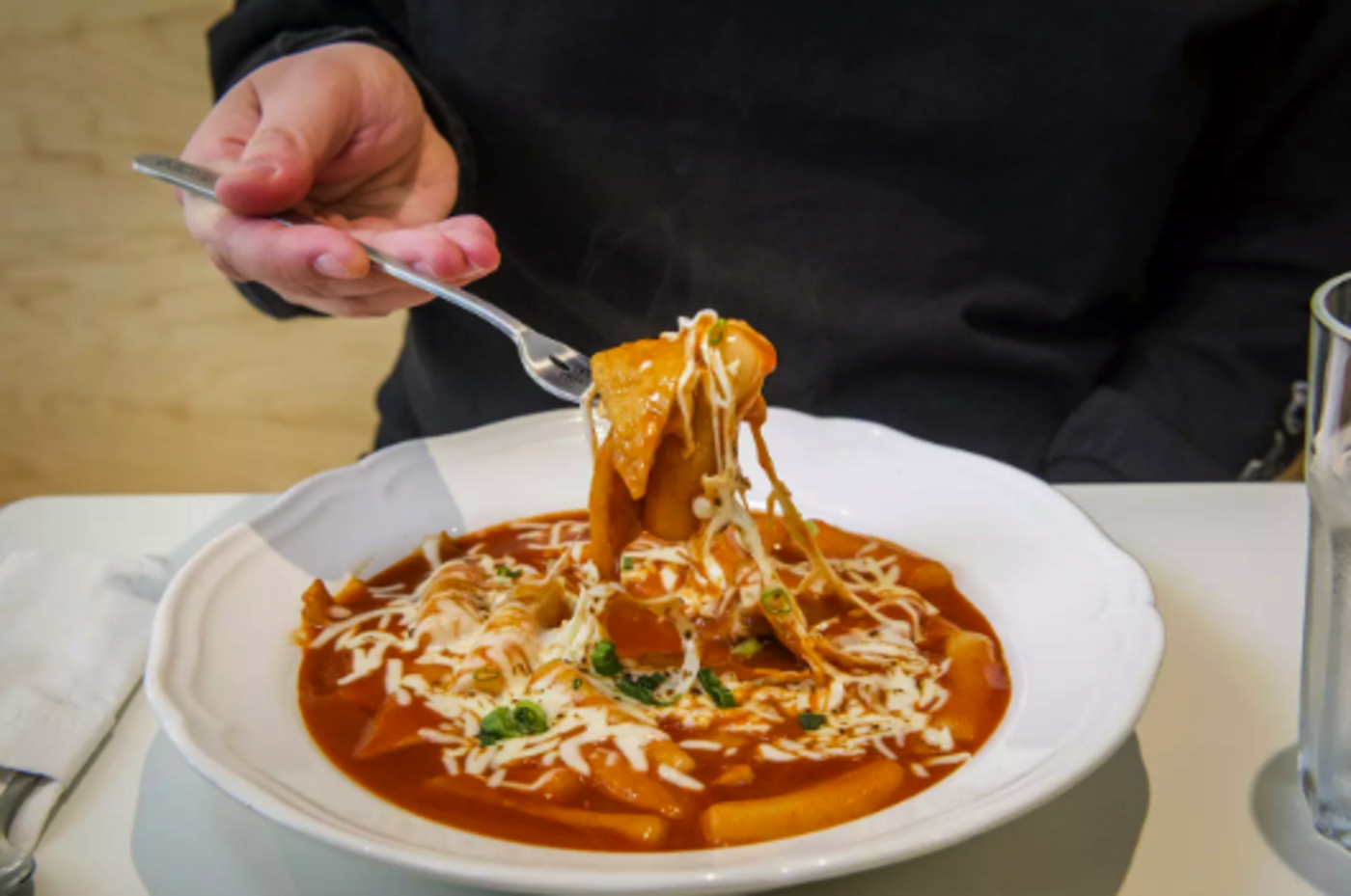 Round the bend, further south, Go Topoki is the hottest spot in the area for topoki. Here, Korean rice cakes come served saucy and very cheesy in an airy two-tiered restaurant, along with bowls of bingsu, the Korean icey treat.

While not the majority, there are a couple of Persian spots that have made a name for themselves at Northtown with tasty sandwiches and pizzas. 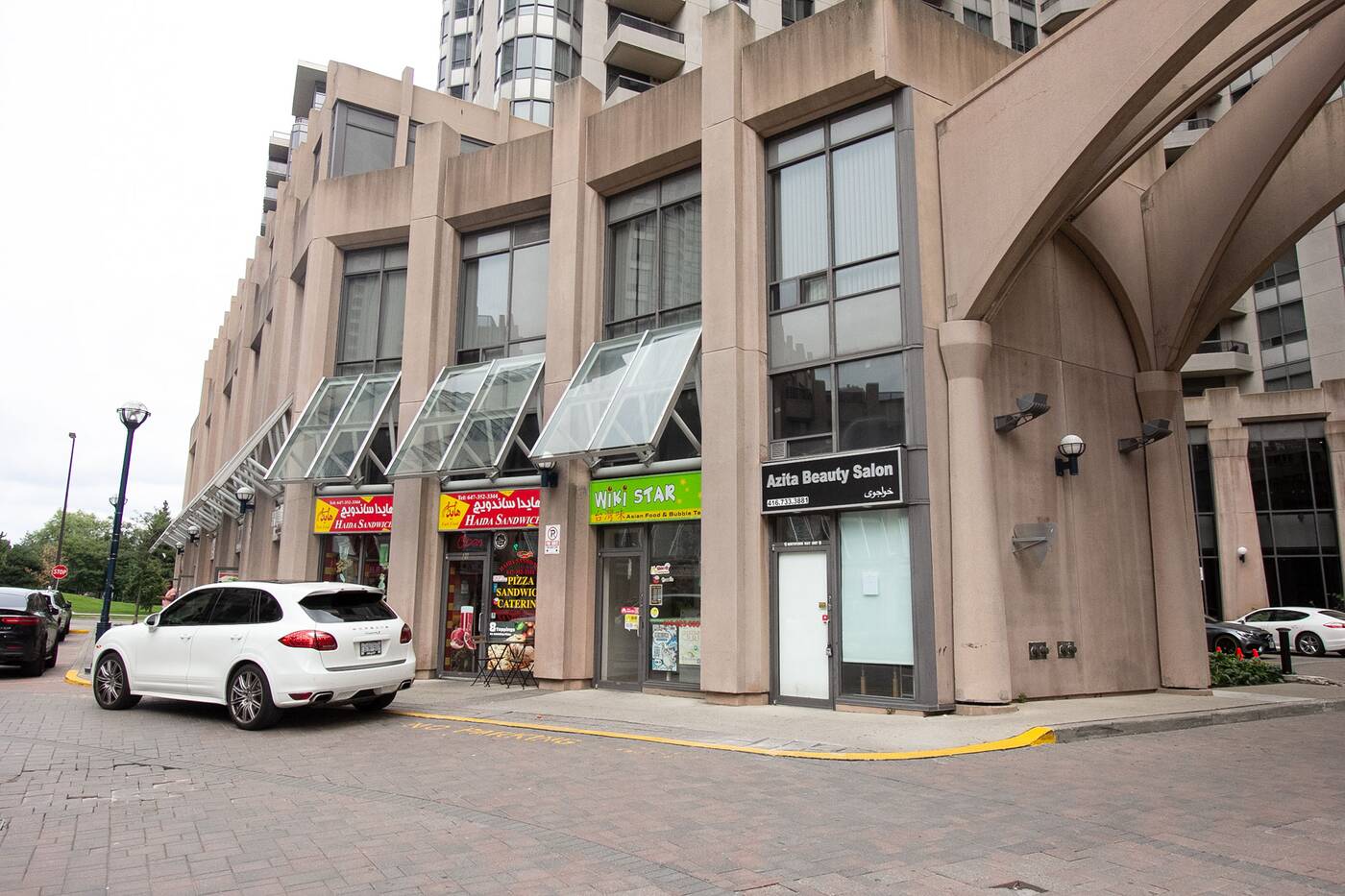 Haida Sandwich has been around forever — always busy, this unique Persian spot serves up quick sandwiches, hot or cold, and slices of pizza with little deals like free fries. The Haida Special is a favourite, with chicken and beef cold cuts.

Close by, Cottage Pizza (also known as Lamzy) has a menu of pizzas and burgers along with something far more interesting: sandwiches with beef tongue or beef brains, called maghz. 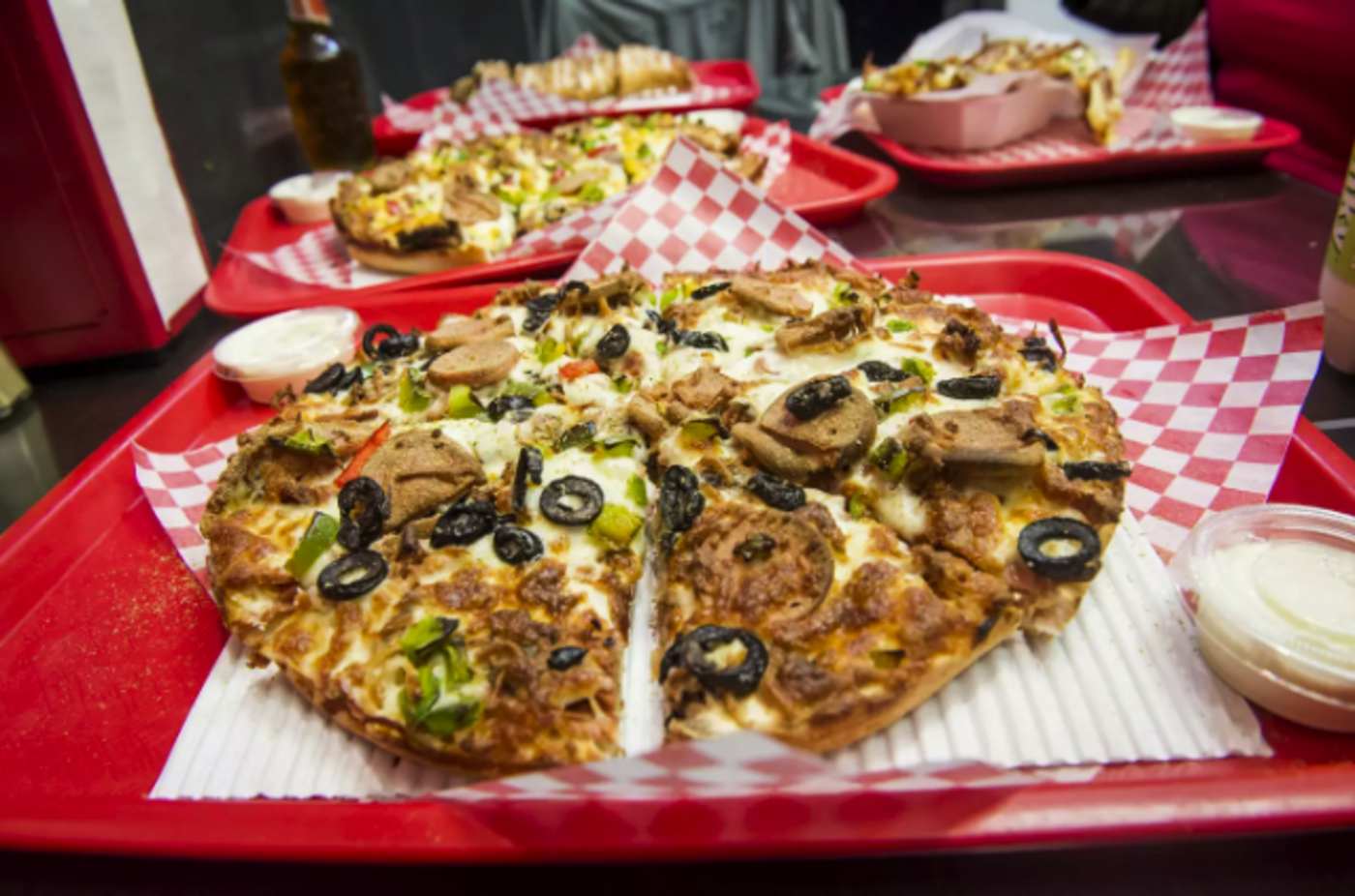 Pizza Shab up on Byng has become an incredibly popular spot for pizza, mostly because the pies are totally halal and really delicious. It's tiny in here so taking these fluffy pies to go is probably the best move.

There's no shortage of Chinese here, with Northern dishes like soup dumplings and baos dominating the selection.

Kung Fu Duck has been around for years serving all types of Chinese-style duck, and the most recent addition Battled Chicken specializes in fried chicken sandwiches. 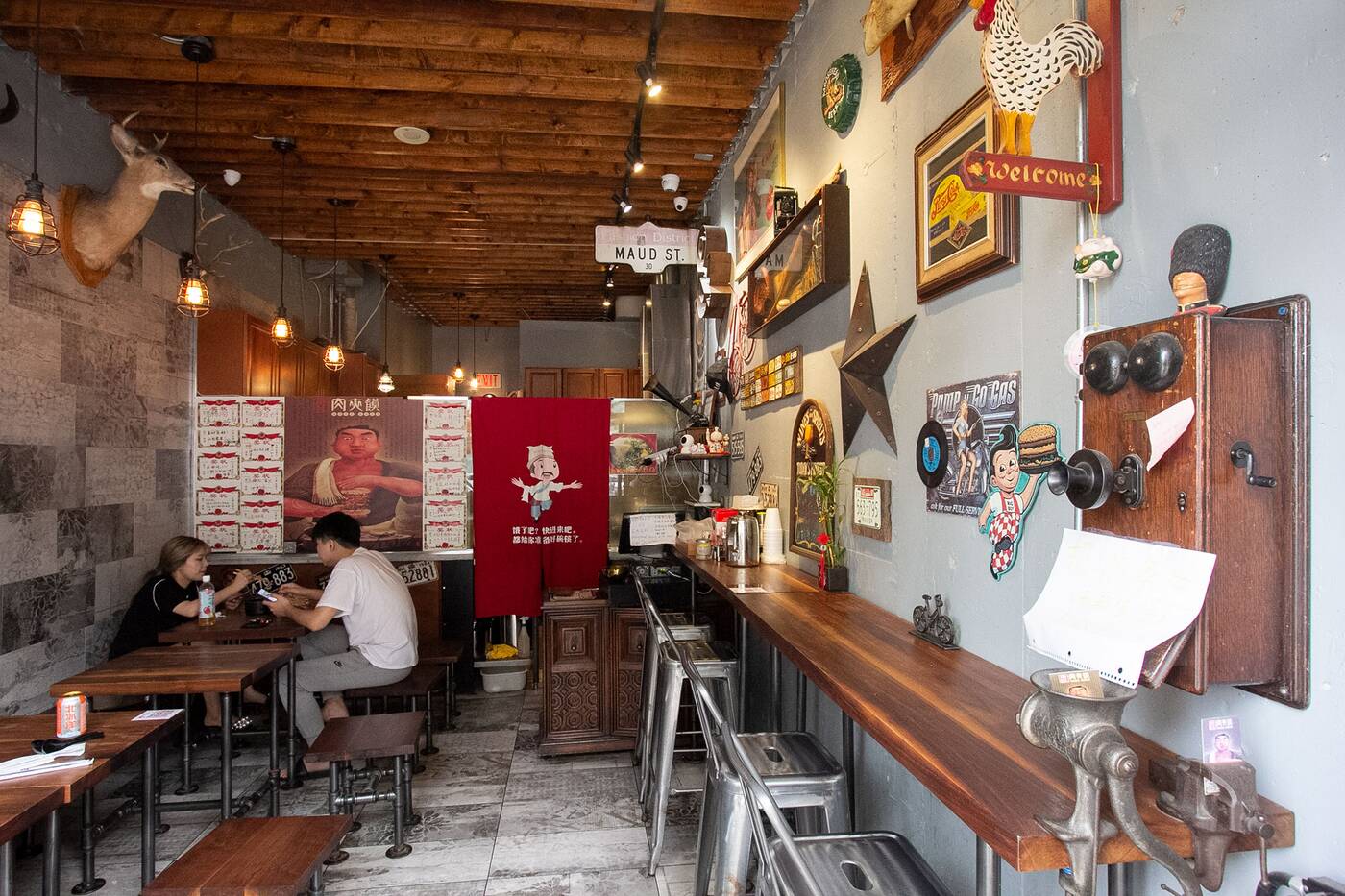 The interior of Chinese Burger is full of odd, oldschool memorabilia.

Whether you like your dumplings steamed, fried, or with soup, Bao has you covered, and across the square, you can eat small handheld sandwiches with ingredients like cumin lamb or duck stuffed inside in the quirky interior of Chinese Burger. 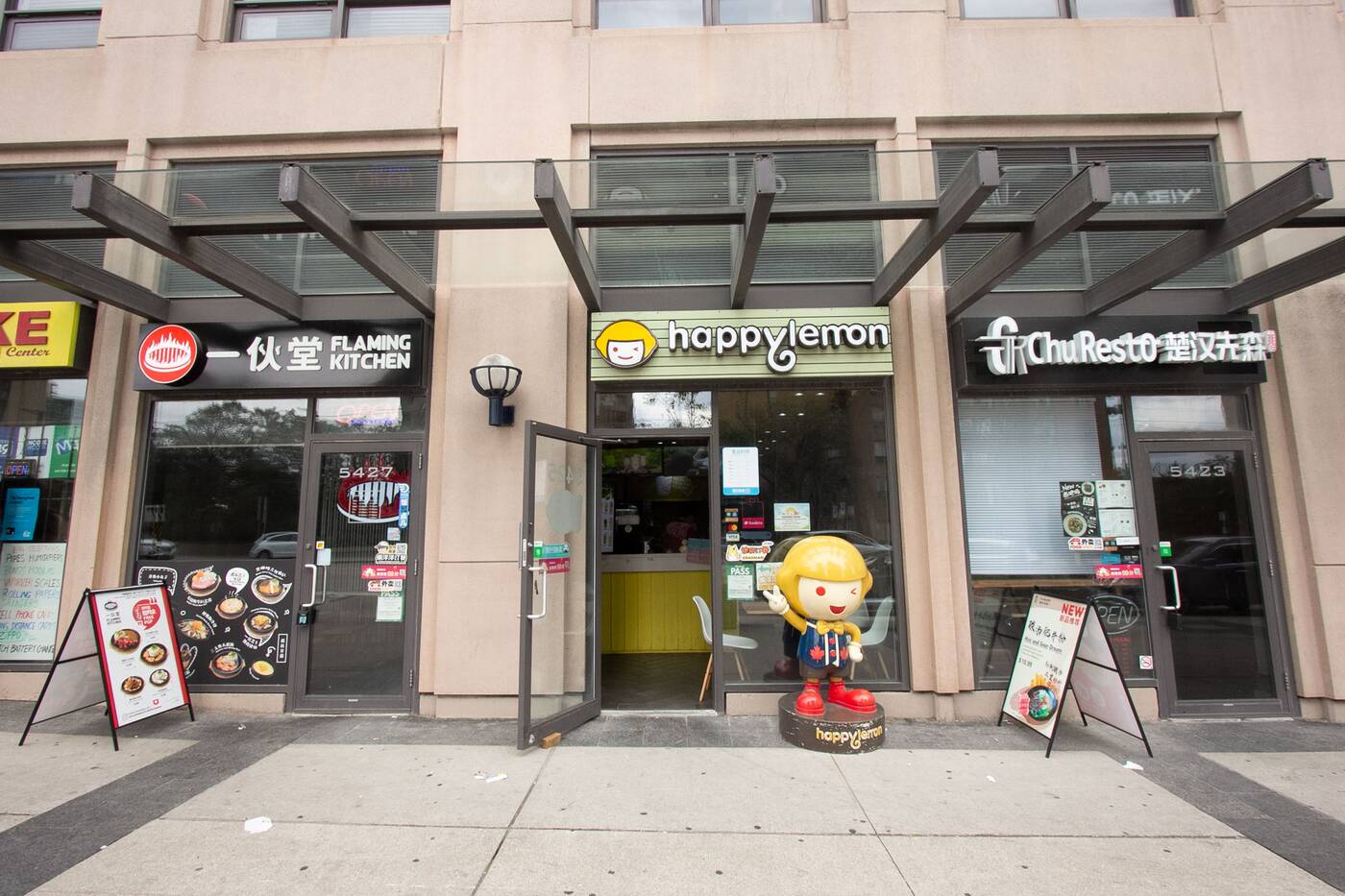 The short walk from Northtown to Byng has tons of northern Chinese restaurants. 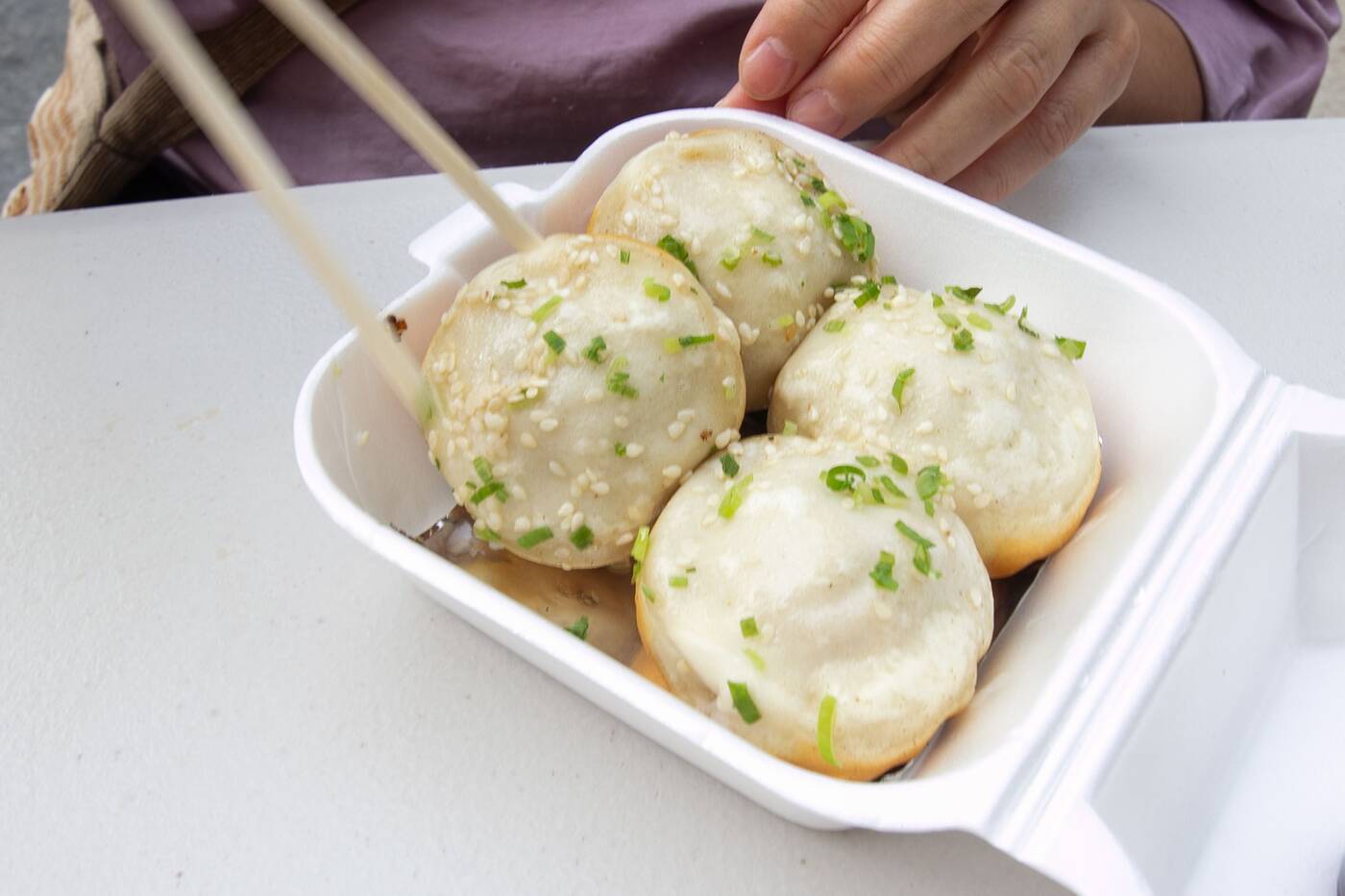 The soup dumplings from Sang Ji Bao explode when you eat them.

And on Byng, a favourite: Sang Ji Bao, which has a tiny lean menu of Shanghai-style pan fried dumplings. These buns are guaranteed to explode on your shirt with hot soup at first bite so exercising proper technique while eating is highly advised.

Going hand in hand with the plethora of Chinese street eats is the huge selection of spots to grab some bubble tea. 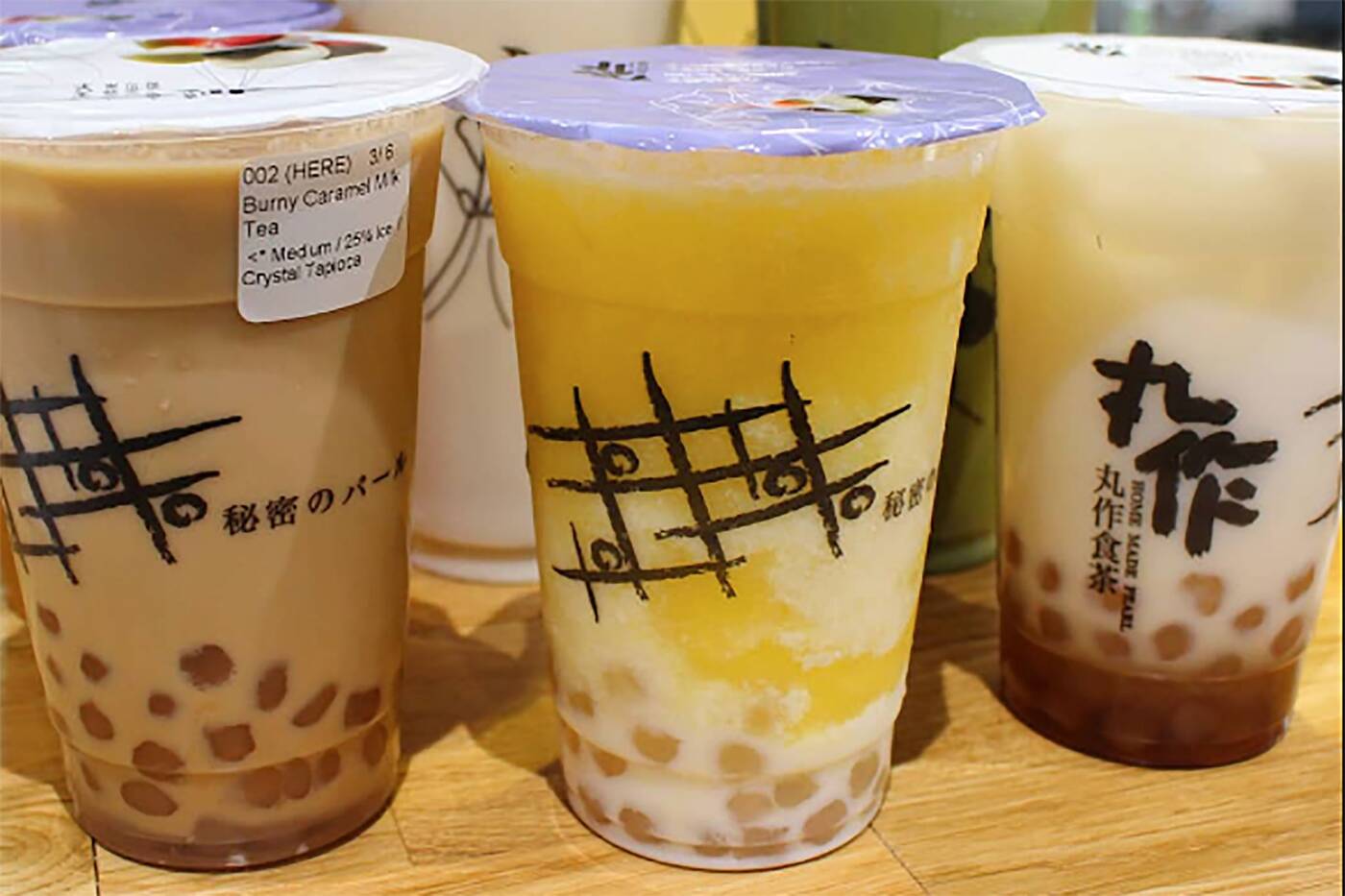 One Zo is a popular Taiwanese chain known that makes tapioca from scratch. Photo by Selina.

ShareTea is a convenient favourite, bringing the popular Taiwanese chain to Toronto with a menu of milk teas and matcha series. Also in Northtown Way Square, One Zo (which also has a location in Chinatown) makes its tapioca from scratch.

FormoCha comes through with the espresso-based boba, and Happy Lemon offers has bubble tea with salty cheese foam on top. 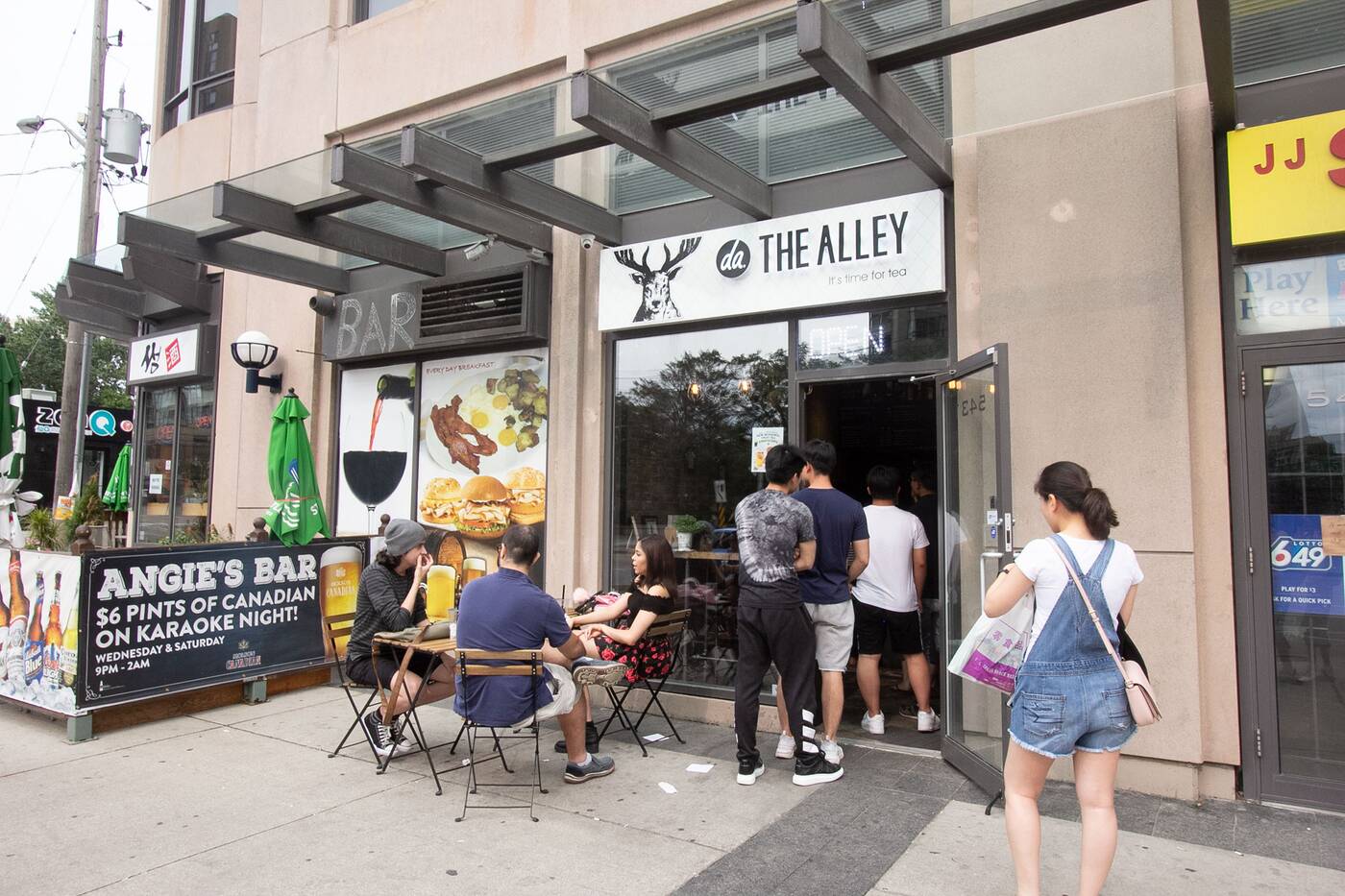 The Alley is a popular bubble tea spot for boba with housemade brown sugar tapioca.

The newest addition to the area, The Alley, also makes their own tapioca (they call it Deerioca, after the brand's deer motif) and sugar cane syrup.

One of the most unique businesses in the entire area is Miss Durian, a small shop south of Northtown Way Square dedicated to the stinkiest fruit of all time. 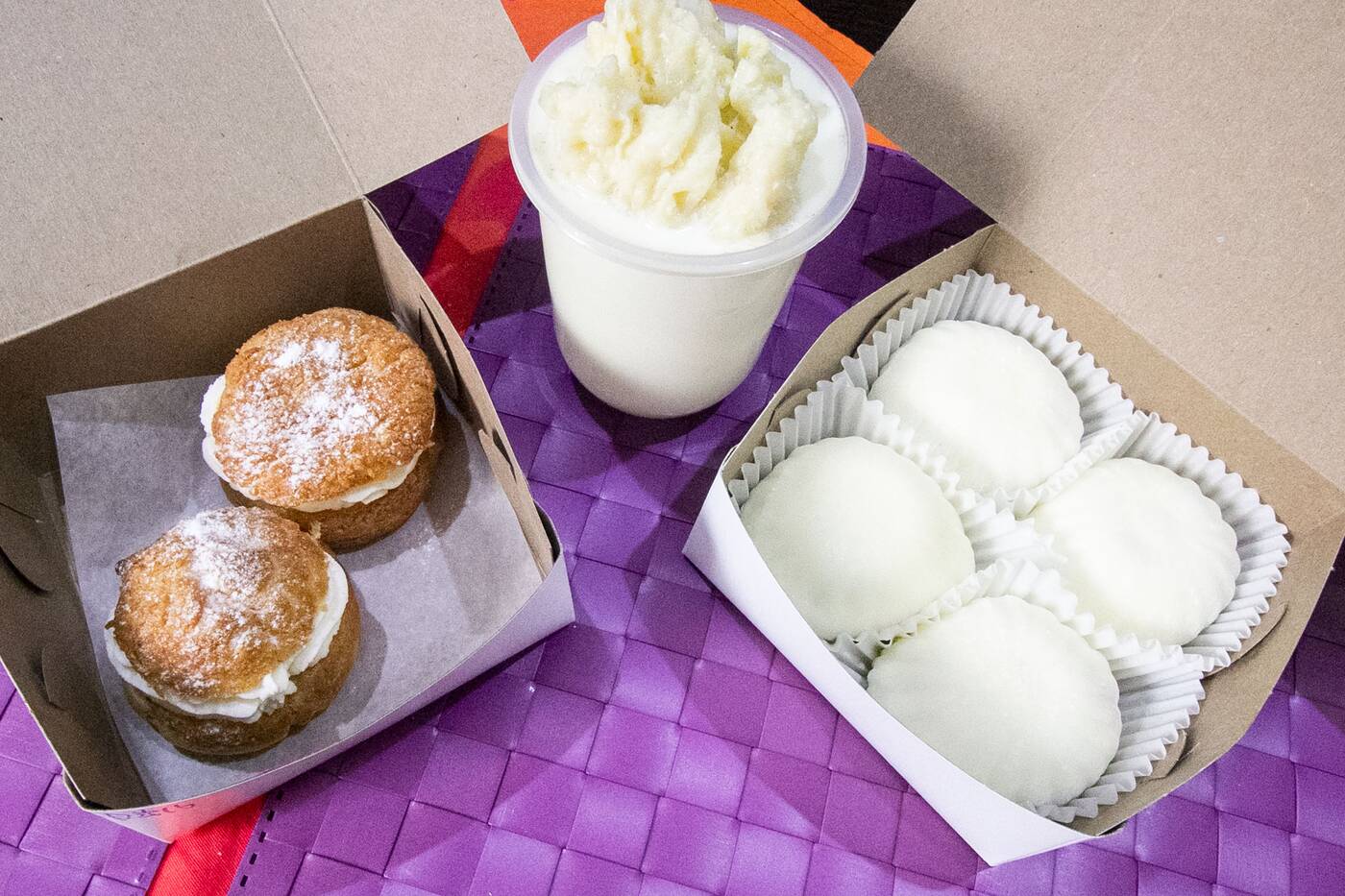 Miss Durian makes all its desserts with fresh dessert.

Dedicated to baking up all sorts of lovely desserts using the pungent fruit, this shop serves up shakes, mochi, millefeuille pastries and cheesecakes made with fresh durian for no other reason than the fact the owner loves them. 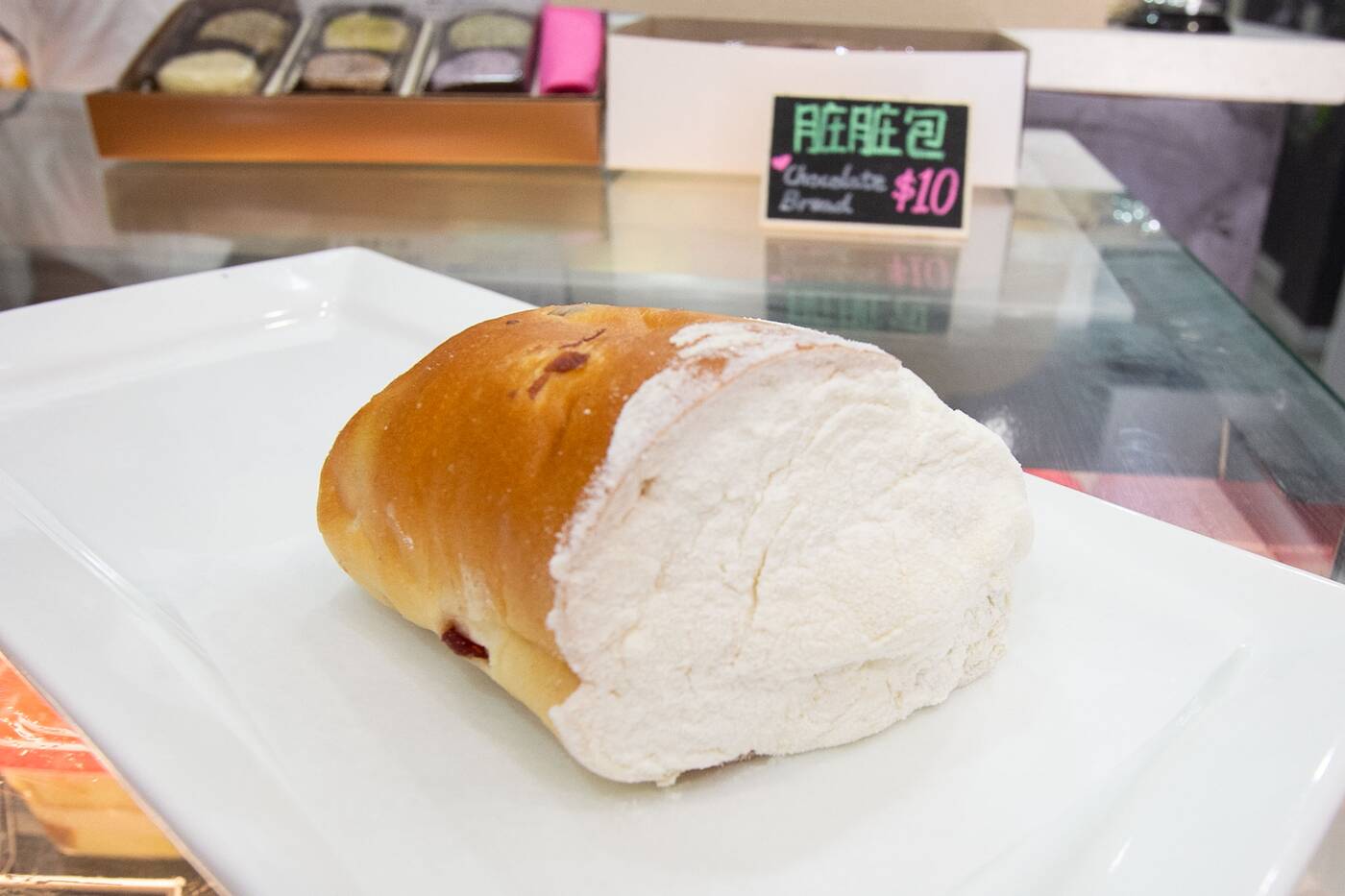 Cakes and cheesecakes here are stuffed with cream and durian.

It's nt as stinky as you'd expect in here, but anyone adverse to the King of Fruits should obviously stay away (though if you're trying to break into the durian world, this is the place to do it).

Instead maybe head up on Yonge to Pastel for more conventionally palatable desserts like crepes, ice cream and coffee. 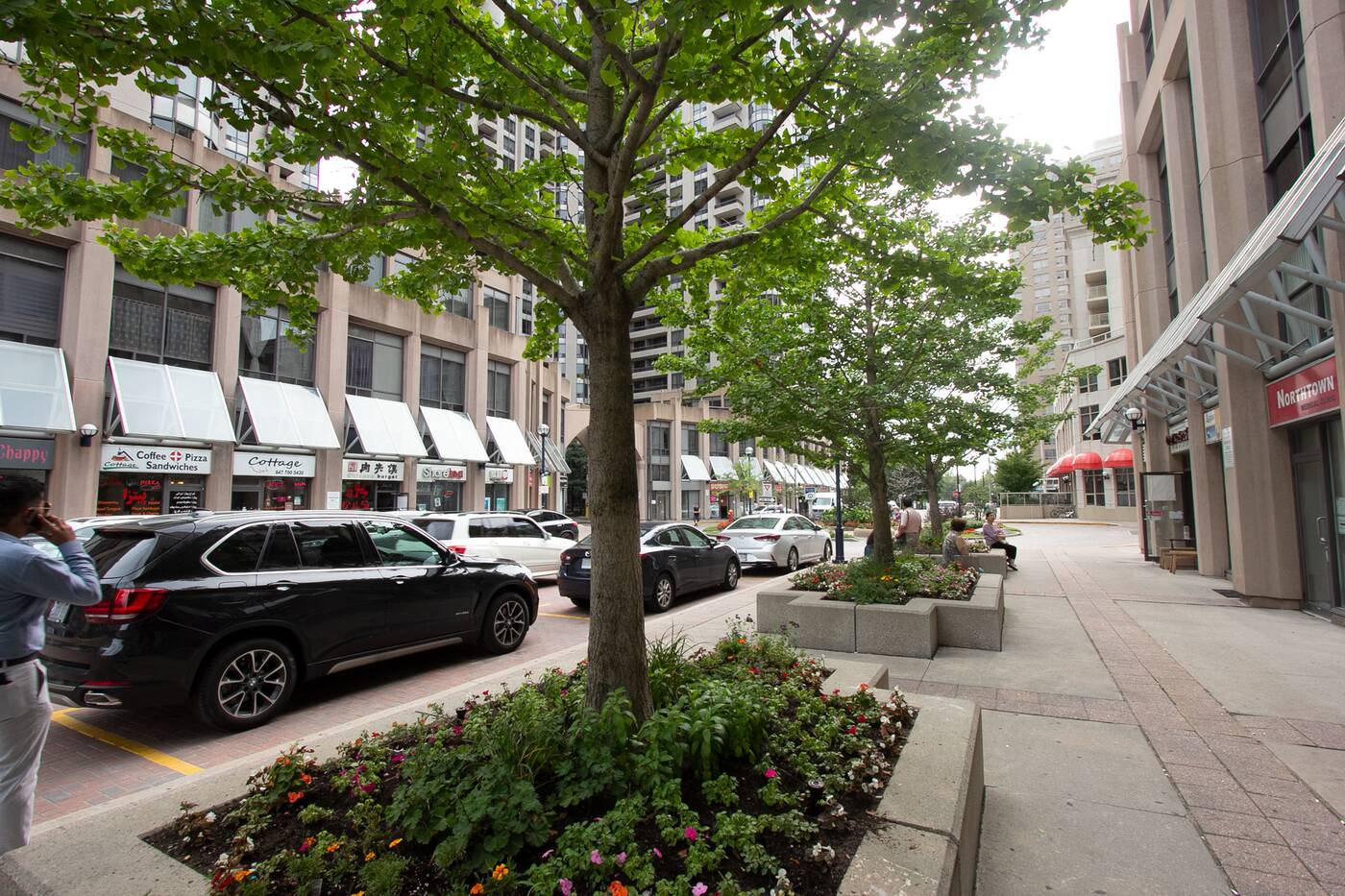