Thick, fluffy dough is handmade fresh daily and topped with stretchy, gooey layers of cheese. You won’t miss any kind of ham or bacon on your pizza with delicious jambon often taking its place, which despite its misleading name is actually a sort of bologna sausage. 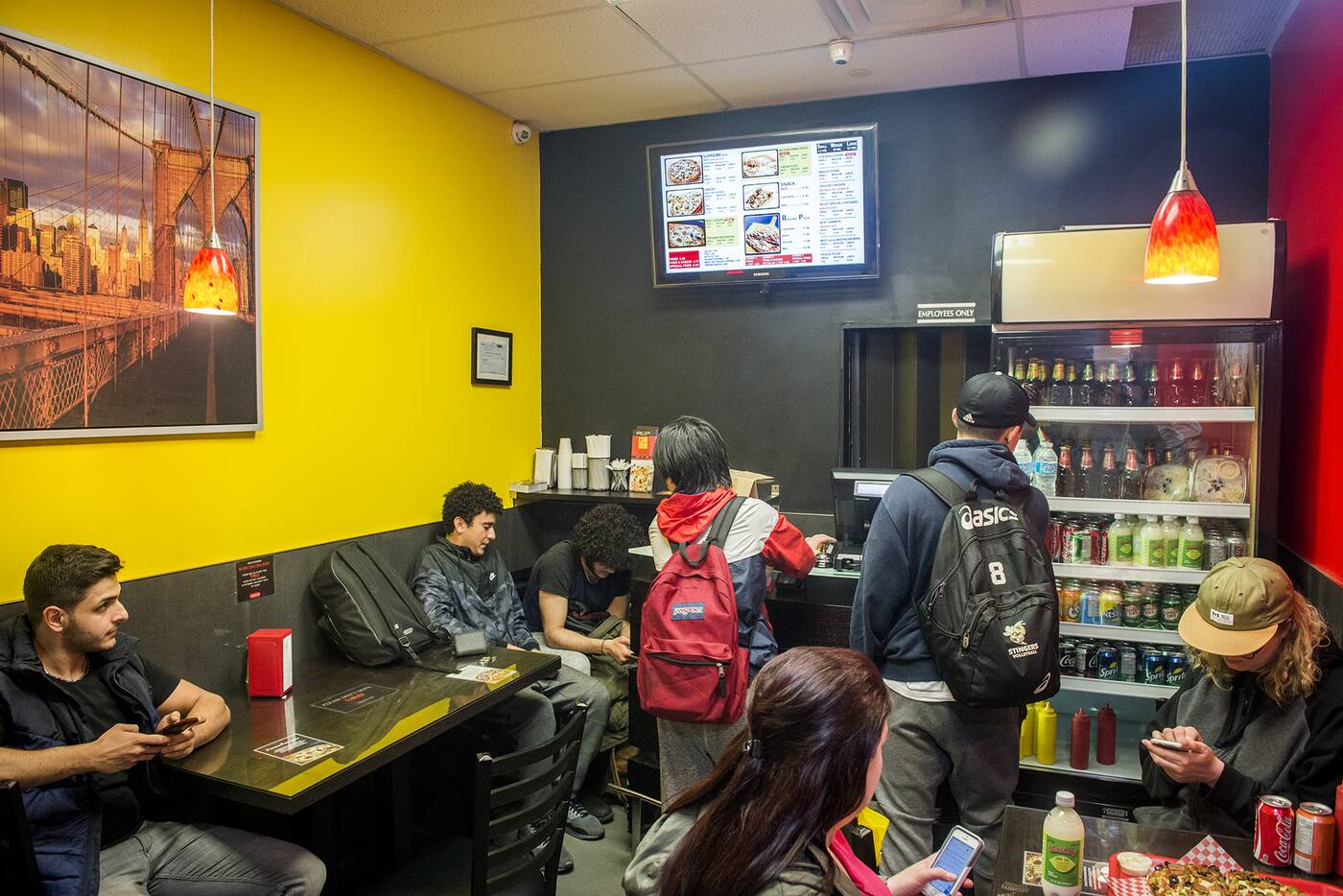 The place is cramped with only a few tables, but that doesn’t stop hungry nocturnal patrons from elbowing their way into a seat. You’d think this isn’t a sit-down place, but as the hour grows later, it develops an almost communal vibe. 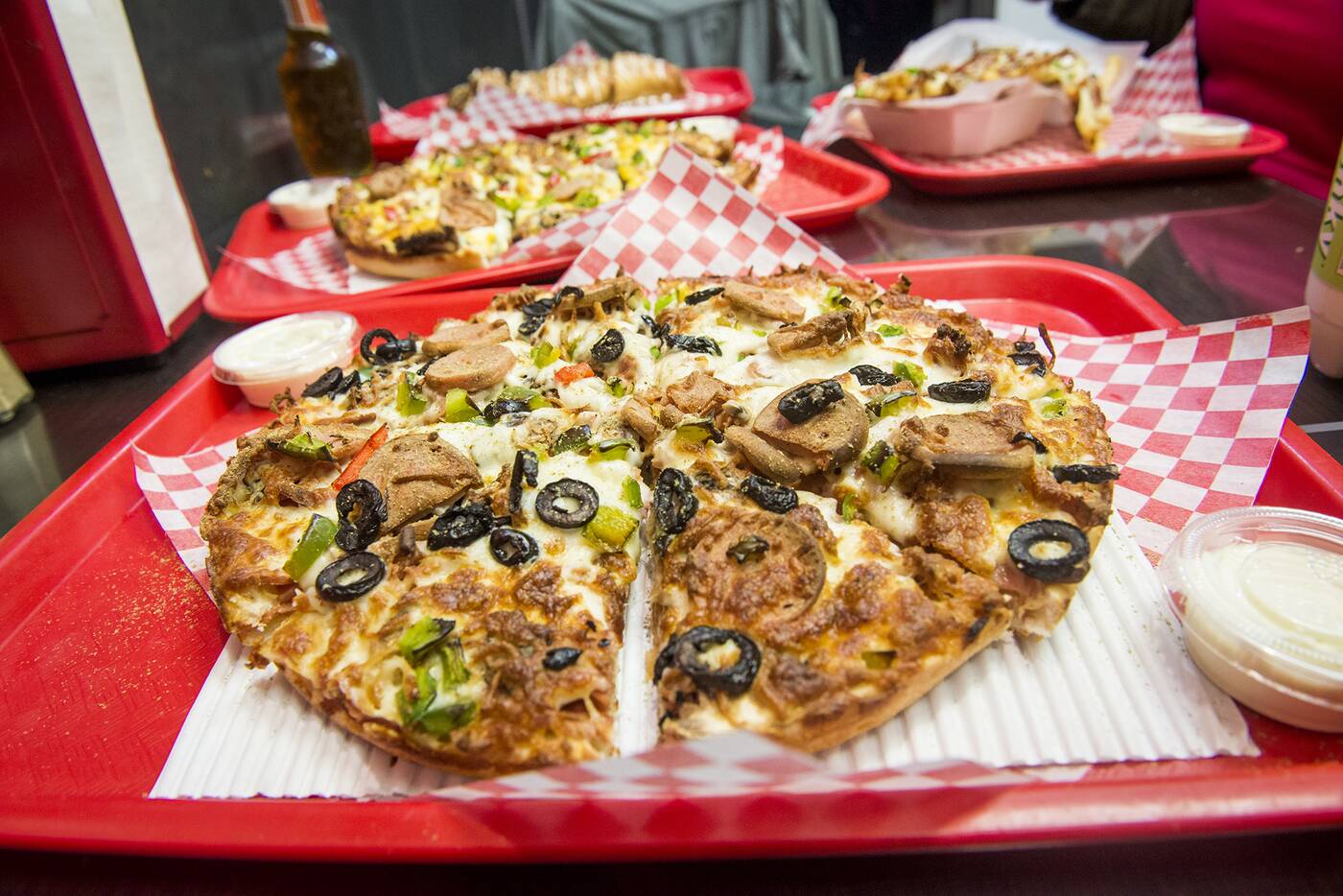 The supreme ($11.49 - $26.65 for a mix of chicken and beef smoky jambon on your pie, $10.59 - $24.75 for one or the other) is topped with mozzarella, thick slices of Persian sausage, green and red peppers, olives, and mushrooms. The shredded jambon meat creates a chewy texture below all that cheese, and the other toppings just join the party. 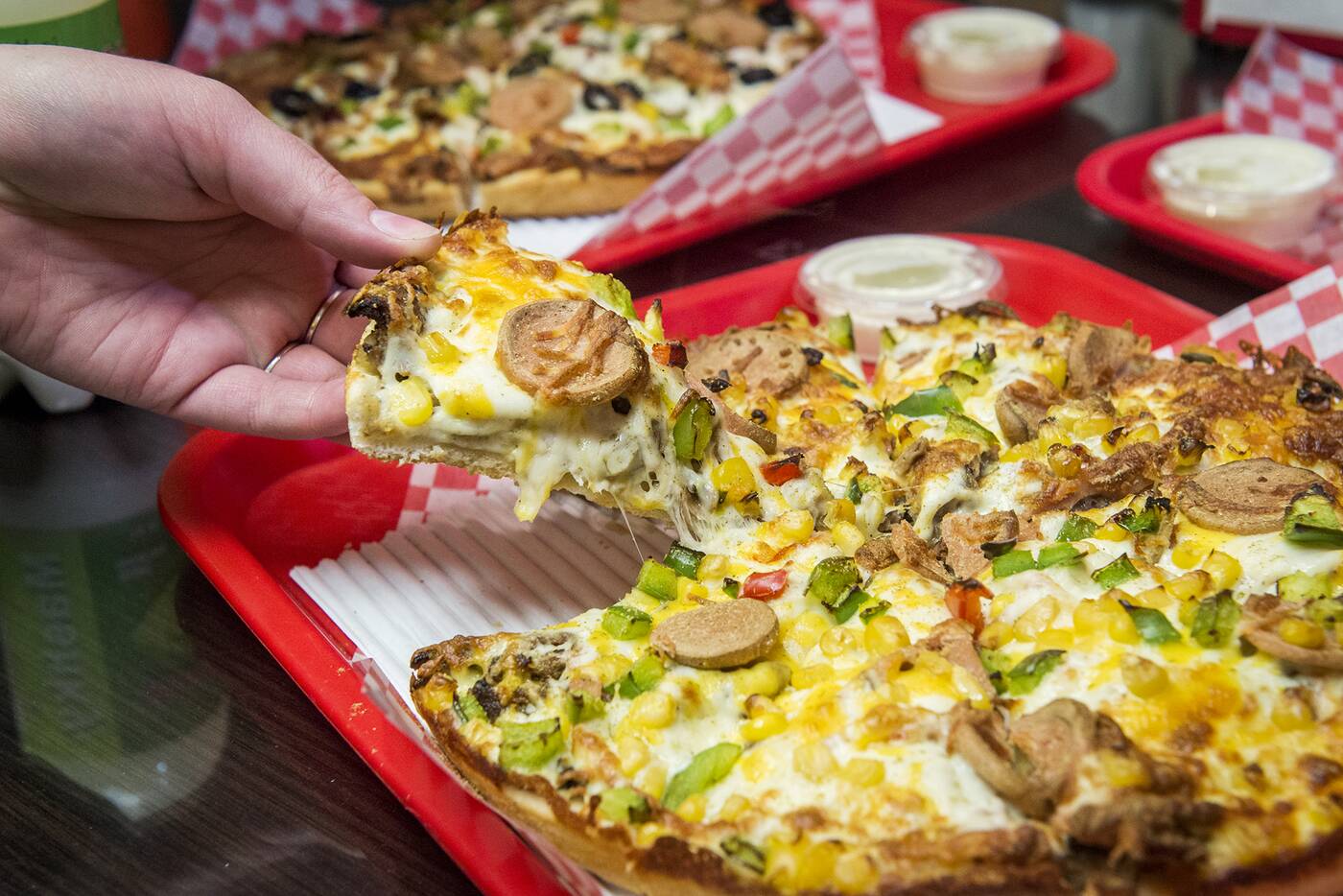 The beef lover ($11.95 - $26.59) is the most popular pie, and I can see why with quality angus steak strip joining smoky beef jambon and Persian sausage. It’s topped with a custom blend of cheese as well as mozzarella for extra gooeyness, as well as green and red pepper and plump corn kernels that add texture. 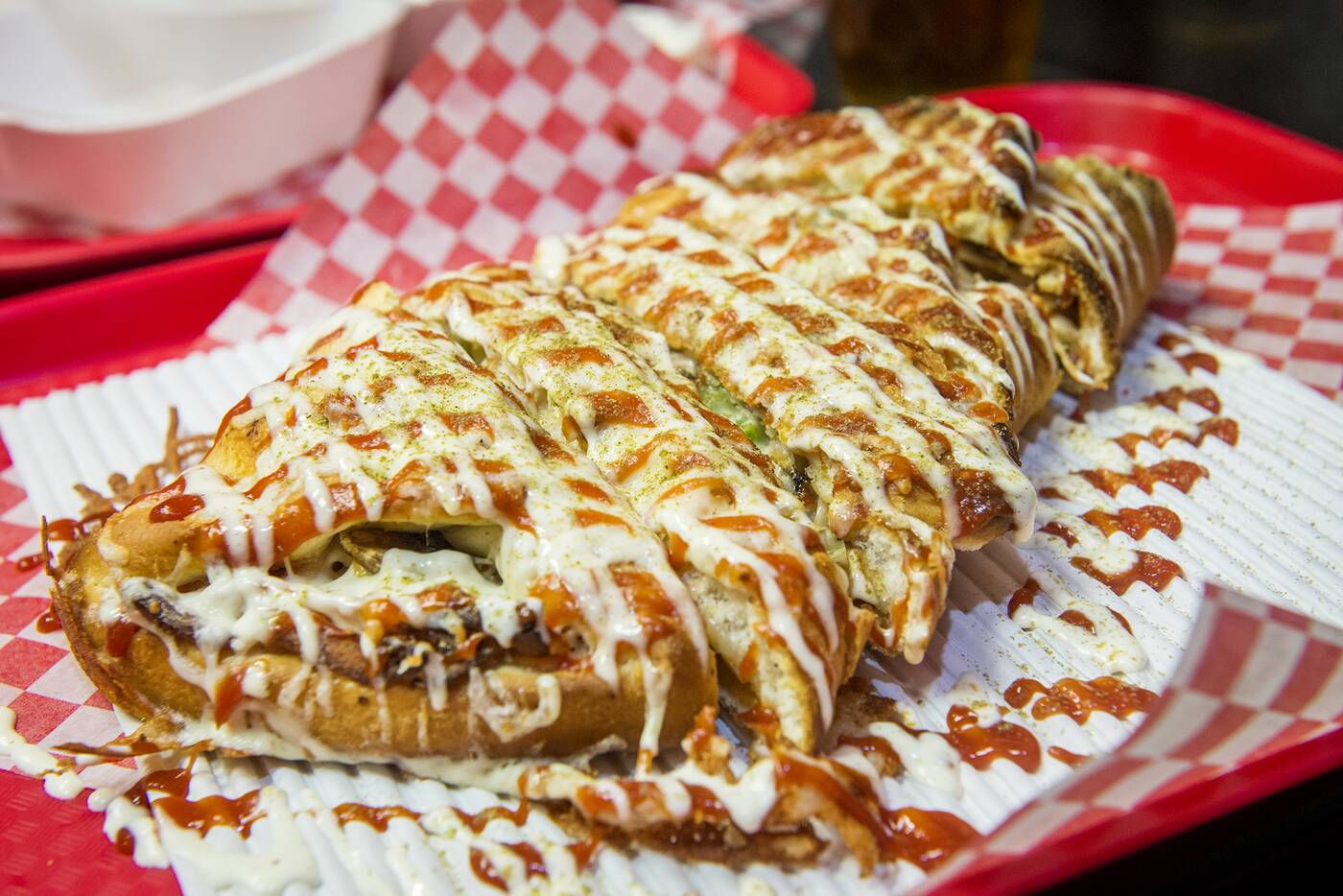 The jambon is allowed to shine more in this giant pizza roll, which seems more snack-like, but one slice is actually basically enough for a meal. It’s drizzled with their special house white sauce and ketchup and sprinkled with oregano. 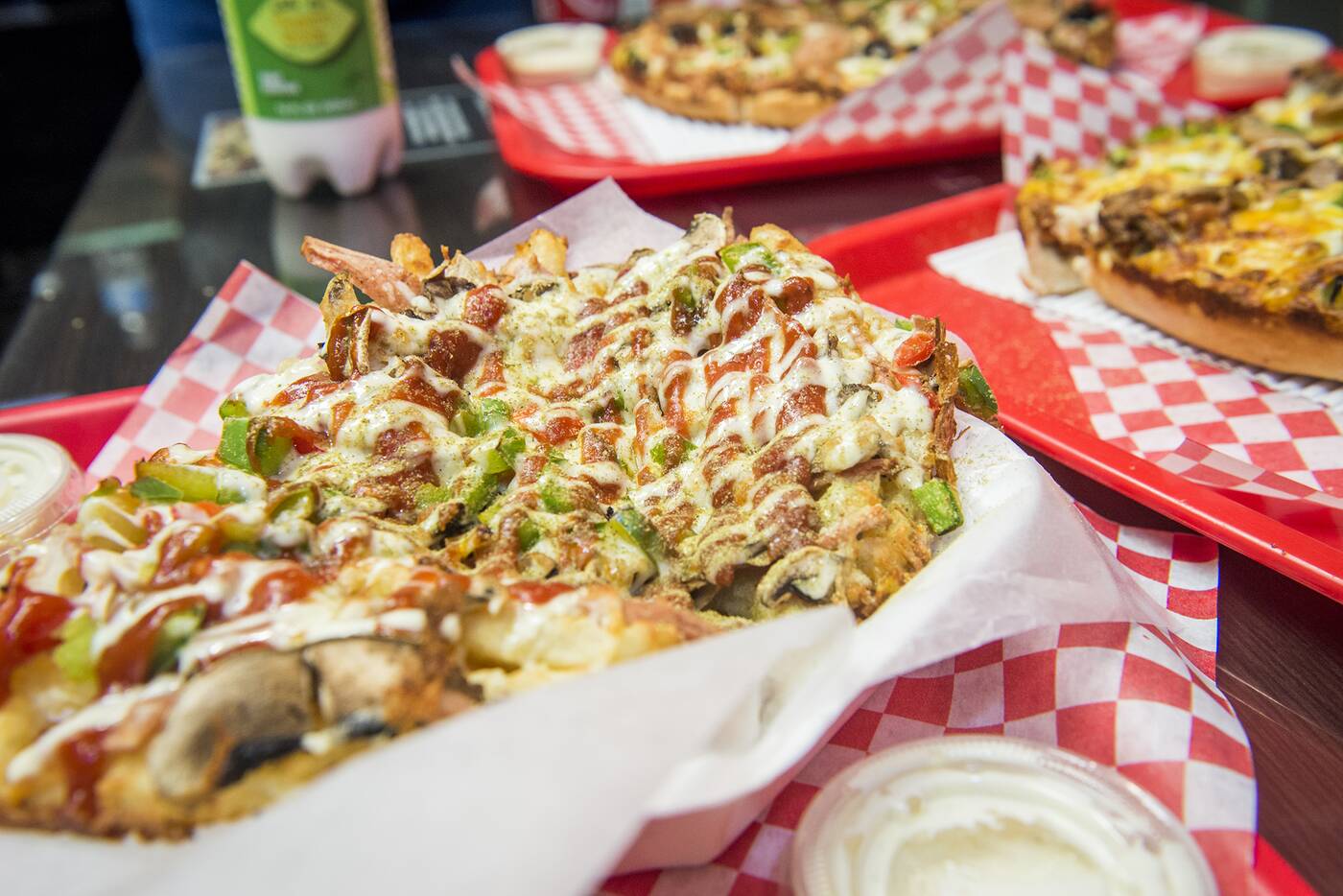 Special fries ($6.99) get the same treatment, but first they’re loaded with jambon, mushroom, diced green pepper, and a thick layer of melted mozzarella. 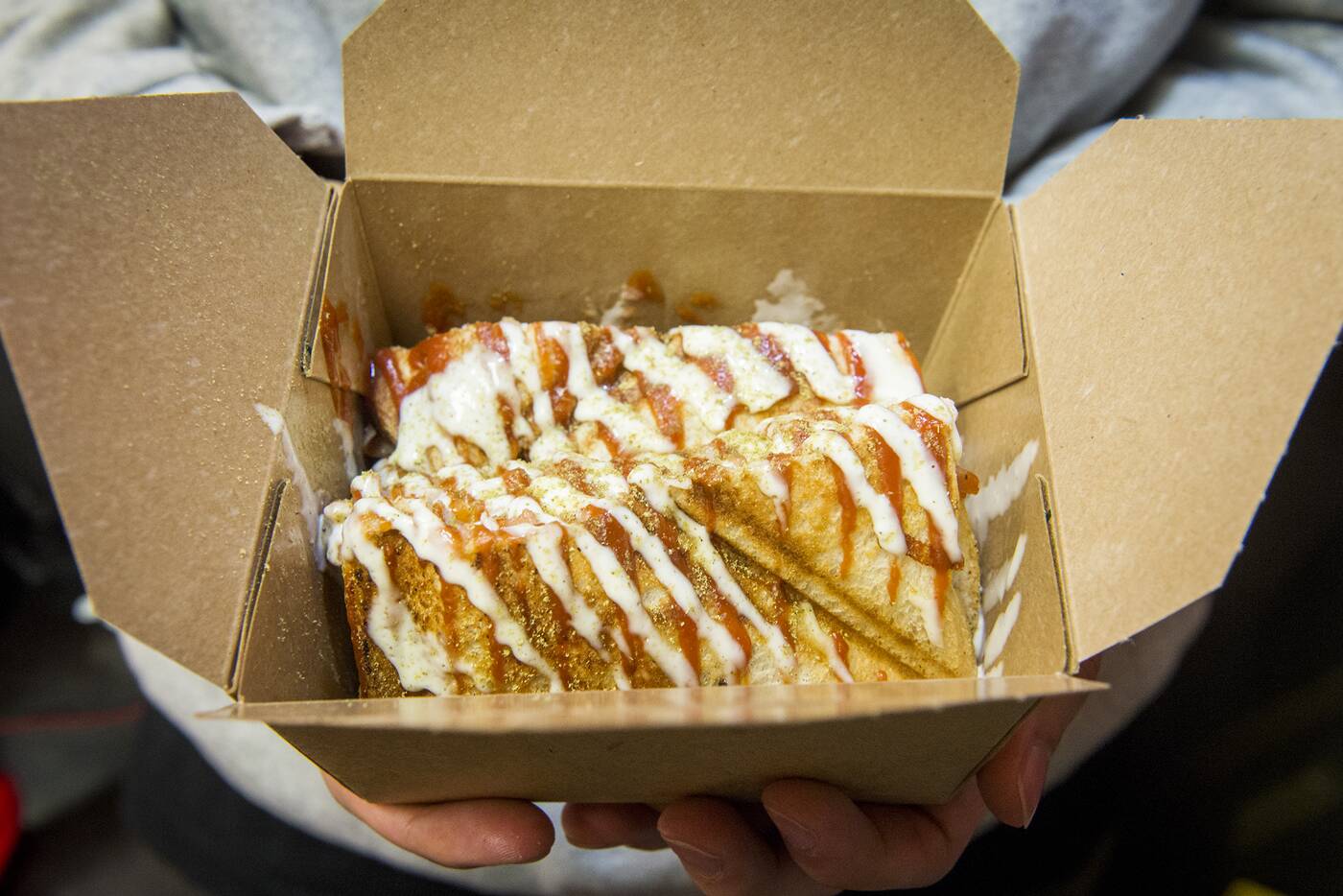 “Snacks” are actually messy little sandwiches that I picture making the ideal late night drunk food. White bread to soak up anything naughty in your tummy, those two drizzles to bring the moisture, and a sinfully stretchy molten mix of mozzarella, salty fatty beef jambon, and a little green pepper for crunch. 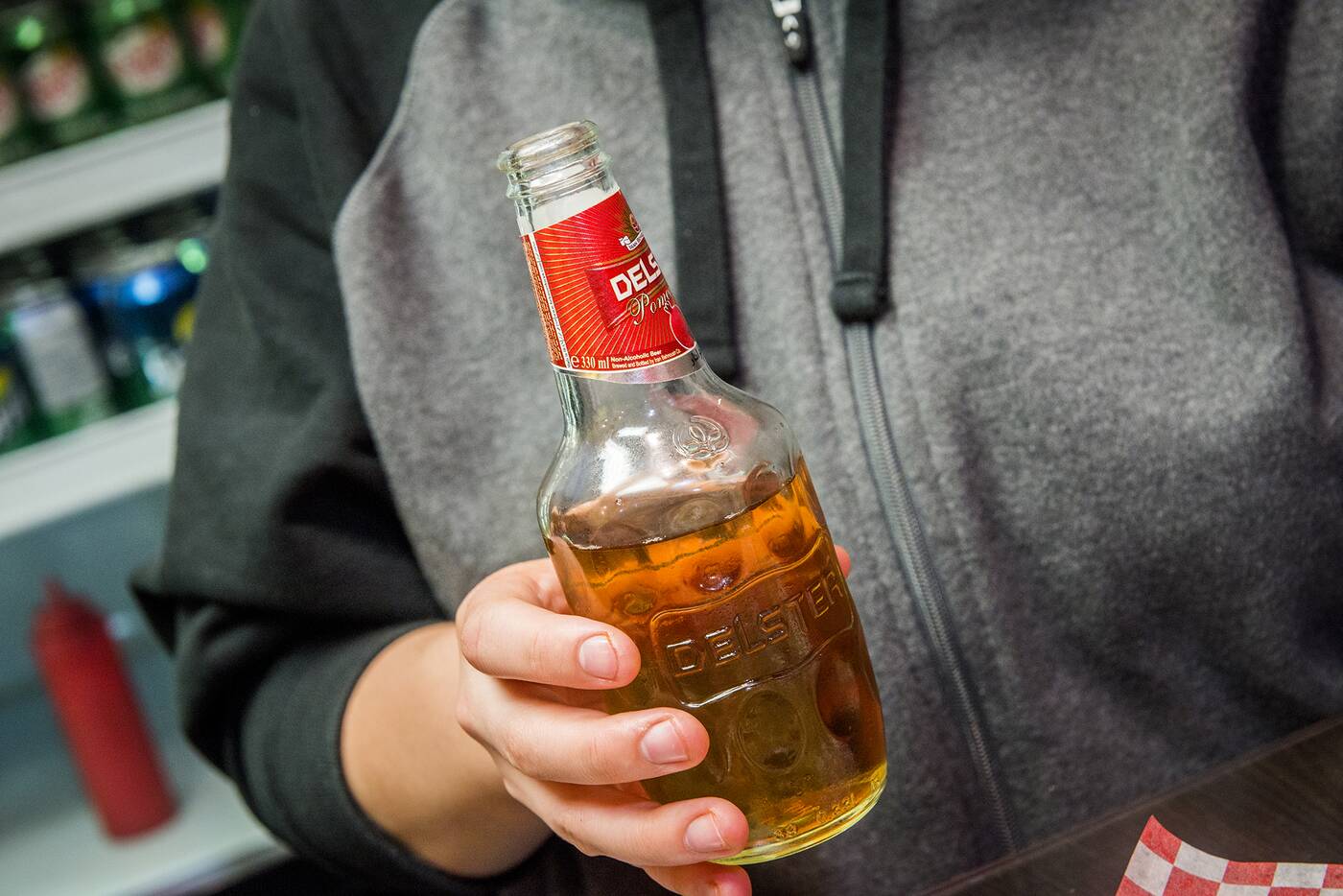 Try washing it down with pleasantly pomegranate-flavoured non-alcoholic beer ($2.65). 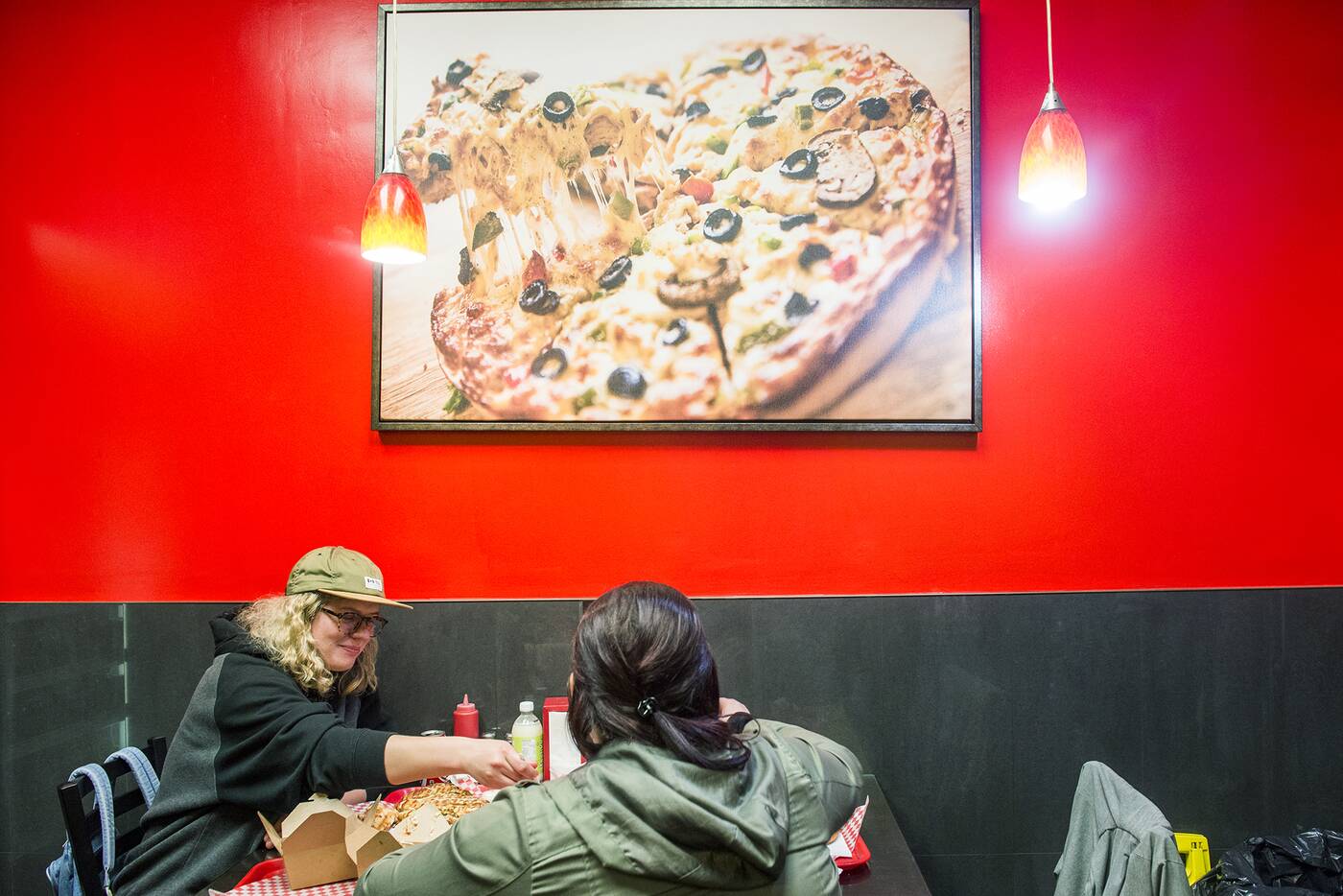 Though you might not think a three-table pizza storefront wouldn’t make that much of an impression, I found Pizza Shab memorable. I’m sure I’ll be craving that sandwich and rolled pizza late at night, in my own neighbourhood tragically far out of their delivery zone. 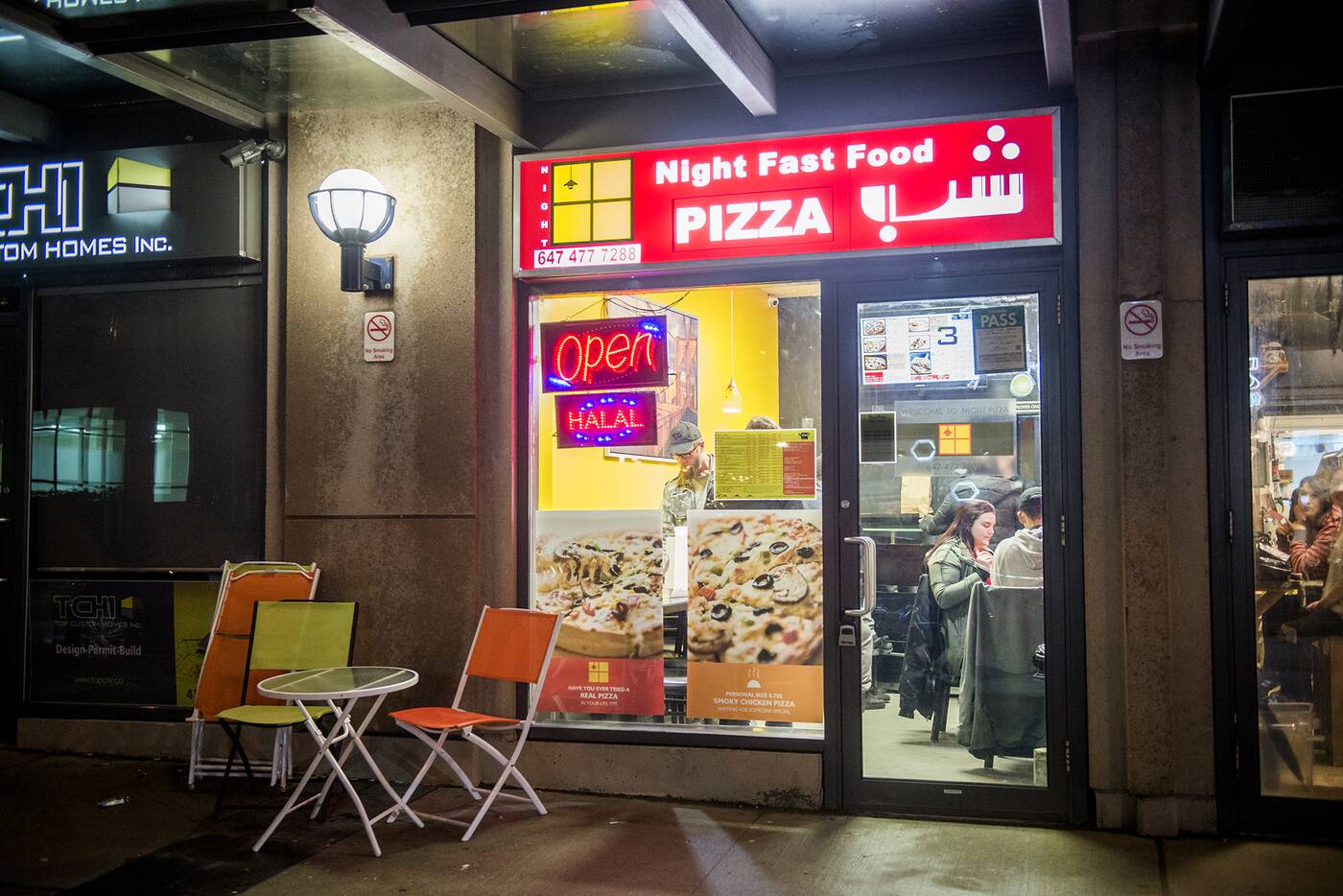 The Best Halal Pizza in Toronto