North of Brooklyn opened a second spot in the Village a couple months back - until the location was forced to shut down suddenly after oven woes. After a temporary closure, Josh Spatz and Alex Potter are back in business, churning out their thin, wispy New York style pies with hot discus precision. 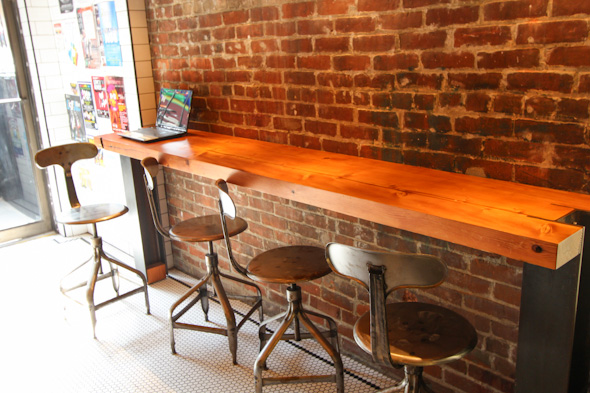 Like many of their New York counterparts, North of Brooklyn's slices are minimally dressed with quality-sourced toppings. And of course, the pies are then divvied into wide-fan slices for folding, which is also a fine trick - you think you're eating less, so you'll buy two. 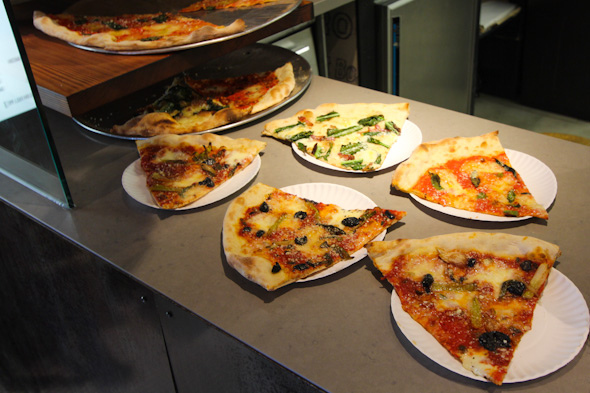 Offerings at this new location closely resemble their Palmerston flagship . They have the same delightful garlic knot nubs and a well-curated shortlist of fresh pies. You can't go wrong with their margherita option ($3.99 slice/$19 pie) and their new Kale & Bacon entry ($4.40/$22) is sure to be a hit, with its double smoked bacon, leafy kale, crushed garlic, pecorino and mozzarella.

The flavours punch through unencumbered, and it all tastes almost healthy somehow. Even with a wick of garlic oil the slice wasn't too greasy and added some resiliency to the dough. You might also consider asking for a dollop of garlic paste they keep behind the counter. 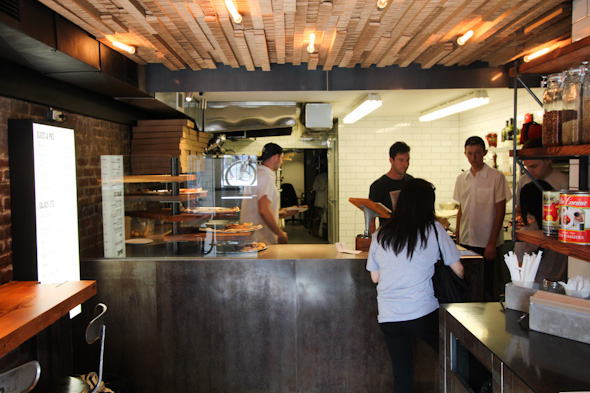 North of Brooklyn has received a bit of flack for using sesame seeds on the crust of their classic pepperoni concoction ($4.20/$20), which has a zesty tomato sauce, thick-shaved peps, mozzarella and oregano. But Brooklyn pizza isn't a singular recipe, varying across the borough, to the joy of those who appreciate a personal touch. 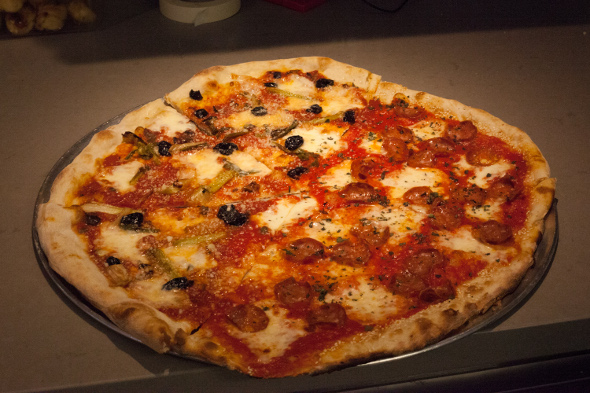 Adding a bit of texture and subtle nuttiness, the seeds are an ode to Spatz and Potter's Brooklyn mentor, Best Pizza , who are known for the idiosyncratic sprinkle.

Best Pizza's neighbours in Williamsburg, too, are known for rich culinary variation - there's Fette Sau 's BBQ, Blue Collar 's burger (think Burger's Priest ), and The Commodore 's fried chicken all in close proximity. It's no wonder they aspire to rewrite the rules on a whim. 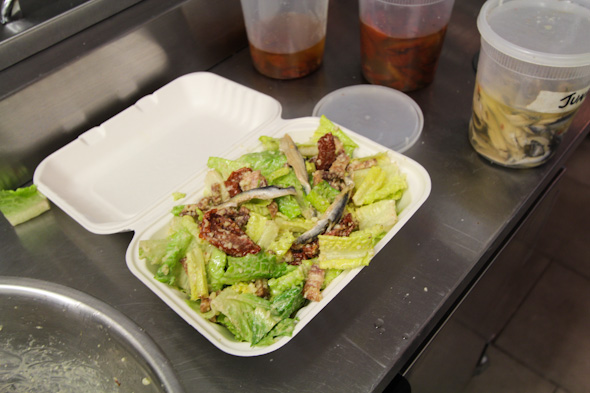 A bigger kitchen means an extended menu, including salads. The lemon-fennel with orange and black olive arugula salad ($7) is a terrific choice, but their Caesar salad ($8) was one of the best I've had in recent memory.

Salty and rich from the grana padano, smoked bacon nibs, and plump, juicy strips of semi-dried tomato, it's lightly coated in a traditional dressing. What sold me, though, were the white anchovies layered throughout. They are less fishy than their yellow counterparts, and are not a readily available over-the-counter item, which made this salad an extra-special treat. 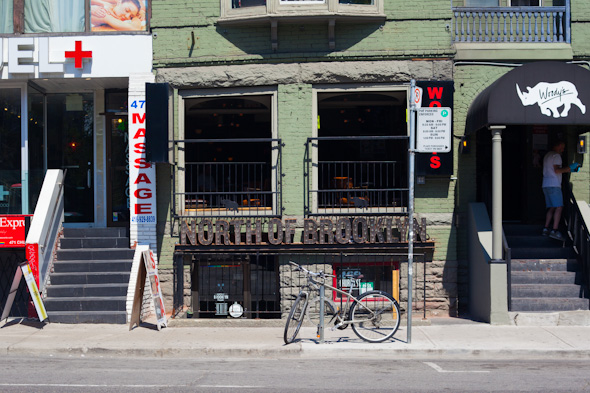