B.streets condos will soon appear in a somewhat unlikely spot — at the intersection of Bloor and Bathurst in the Annex. A few people living in the area surely have ruffled feathers about it, but it just might be a nice way to introduce a new style of home ownership to the area, especially given the design of the building.

Though there are condo options further east that are technically in the same neighbourhood, the only options for housing at Boor and Bathurst at the moment are apartments above storefronts and old family homes, some of which have, of course, been converted for university students and other (slightly) lower income renters. A condo, as long as it remains somewhat short in stature, will make purchasing in the Annex a more realistic option for some. 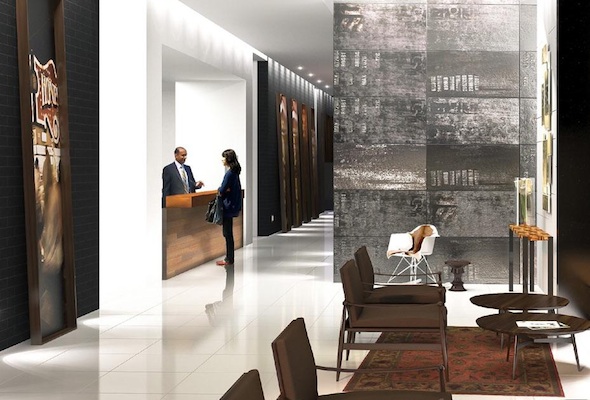 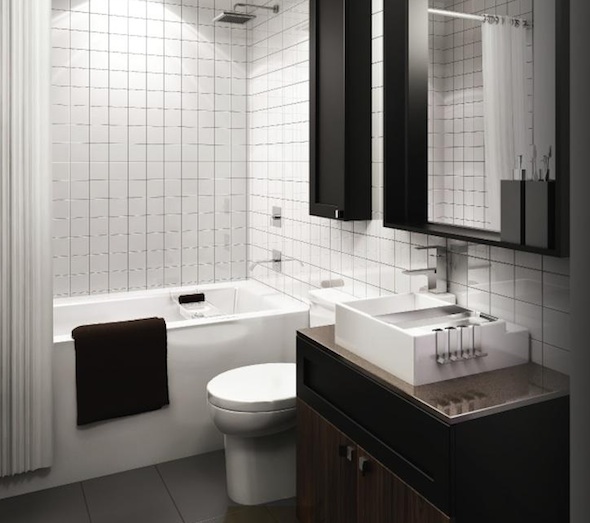 Excuse me, but this building is fully equipped with a bar. I'm going to start saving today so I can sit there and morosely sip bourbon whilst already trashed, like a modern, female, (albiet, less-hot) Don Draper. The city should just stop dithering about "transit funding" and implement mandatory bars in each new condo development. Lil liquid courage would go a long way in this town, IMHO.

Seriously, though, this building has a design that actually pays homage to the shape of the neighbourhood. It's only nine storeys, and it rises and falls in levels to become much shorter in some areas, as opposed to plunking itself down in giant block format and obstructing people's views and sunlight. So, while the Annex is home to, well, historical homes and small businesses, and while it's not exactly condo-city, I don't think this development will be an eyesore, and I don't think it will infringe on the neighbourhood's character.

Also, it's right next to Honest Ed's, so you can, you know, get your fill of Elvis busts to accent your new condo in stellar fashion. 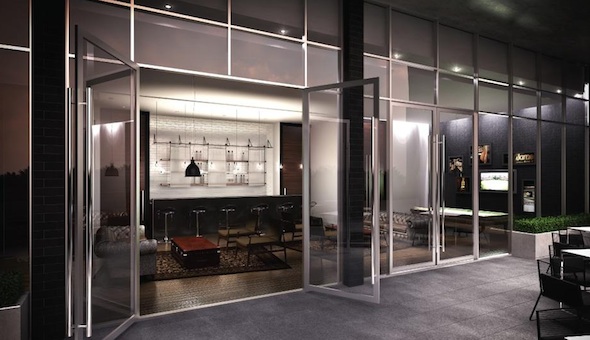 While the building's interior has a contemporary, tiled, fresh New York style aesthetic, the suites themselves look sort of like hundreds of other condos that already exist in the city. If they're going to build something new, they should make it stand out. The renderings available so far seem to suggest that the suites will be nice, for sure, but not much more than that. Sort of like that work colleague you avoid having lunch dates with because they just don't have that much to say for themselves, and sit there and smile and nod politely (ugh, politeness) instead.

Also, this development is going up on a plot of land that used to be a school, so it will be haunted by sulky schoolchildren. One hundred per cent haunted. 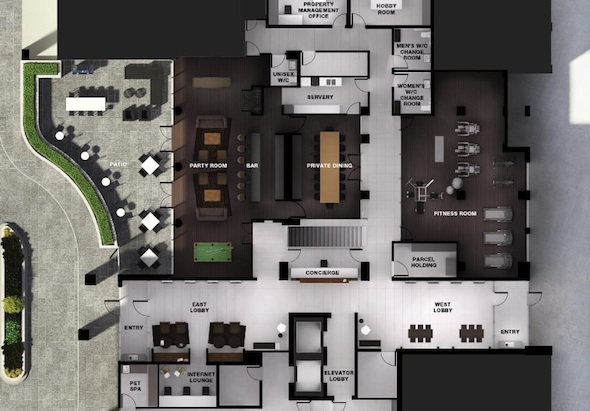 Despite the fact that this development has a pretty design and an amazingly decorated lobby — and a bar — the reality is, the suites themselves are just okay, from what I've seen. That said, the Annex is a great, central place to live, but with a small neighbourhood vibe. Overall, not a bad purchase at all. 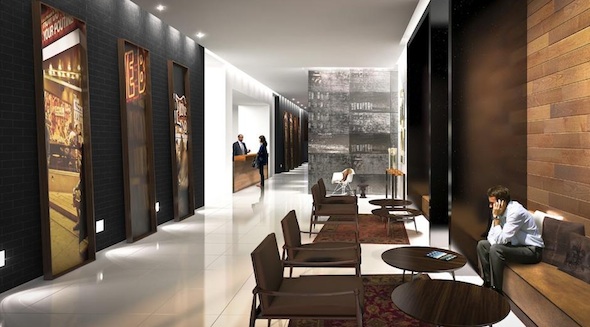 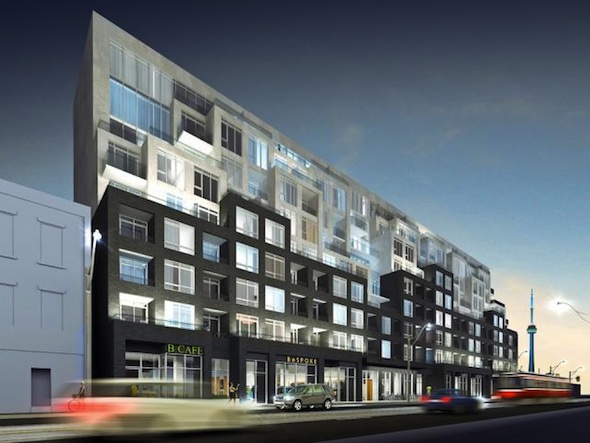