MGM reveals its plans for a casino at Exhibition Place

Exhibition Place could get a whole lot more extravagant if MGM is able to realize its vision for a casino resort on the lake front property. Executives from the American gaming giant officially unveiled their plan to package Ontario Place, BMO Field, Molson Amphitheatre, and the CNE into a single sprawling entertainment complex spanning both sides of the Lake Shore Boulevard.

The major development will, the company says, represent a $3-5 billion investment resulting in 10,000 permanent and 5,000 construction jobs. The overhaul will also see the entrance fee for the Ex scrapped as part a sponsorship deal with MGM and the annual event will be partially shifted to the Ontario Place parking lot, which will be rebranded "Festival Plaza," on the south side of Lake Shore. 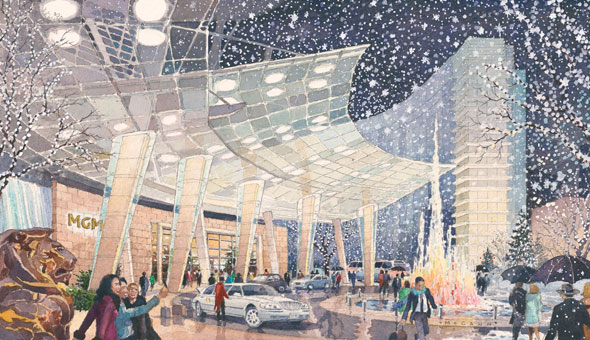 Digital images released today depict excited gamers arriving outside a glittering curved entrance (complete with the obligatory gold lion statue) while posing for a photo in the snow. Inside, the company promises cuisine from chef Mark McEwan and a permanent Toronto home for the Cirque du Soleil.

A 1,200-room hotel will be attached directly to the 279,000 square metre gaming hall. Somewhere below, the Exhibition streetcar loop will also be beefed up and buried with direct access from Liberty Village, they say.

The addition of 12,000 underground parking spaces would mean the roads leading to the site would require significant alterations. Ever optimistic, MGM says the new layout with fewer traffic lights will actually improve traffic flow on major nearby streets. An expanded GO station with more frequent service Union Station is also on the cards.

Away from the gambling, ferris wheels, and sporting events, the Marting Goodman bike trail that currently runs parallel to Lake Shore Blvd. will be re-routed along the waterfront past a new landscaped Ontario Place, 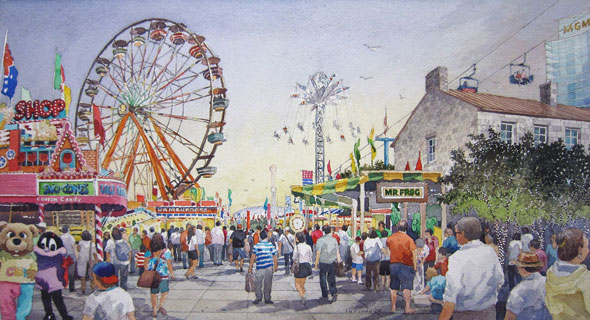 possibly tying in with plans for the shuttered park unveiled in 2012.Rob Ford has indicated that the Exhibition Place site is his preferred option for a downtown casino as the city will be able to reap more revenue from the lease of the land. MGM said in a press release their plan will inject "millions" into the local economy and attract new tourists.

A recent report from the board of health suggested any Toronto casino would likely have no effect on the unemployment rate and would disproportionately impact low-income families. Interestingly, councillor Mike Layton, whose ward covers the proposed site, tweeted that he was denied access to the media briefing along with another local resident. "I guess they don't want facts to rain on their pretty model," he said.

Do you believe MGM can deliver on the promises it made today? Would you even want them to? Is this a way to improve the CNE and net some dollars for the city or just a bad idea in general? 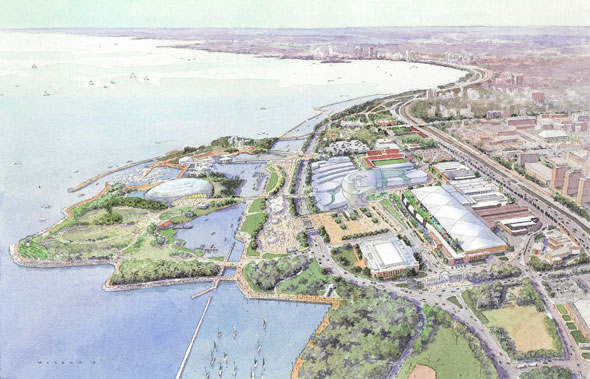 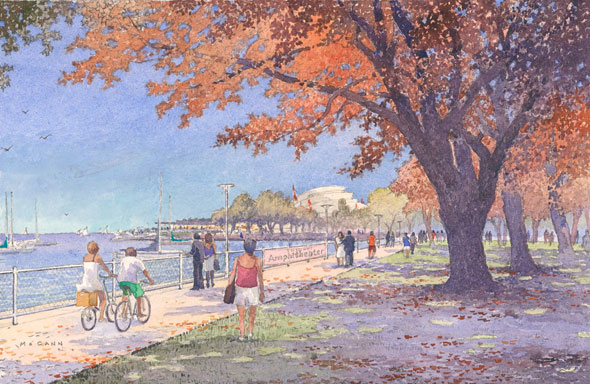 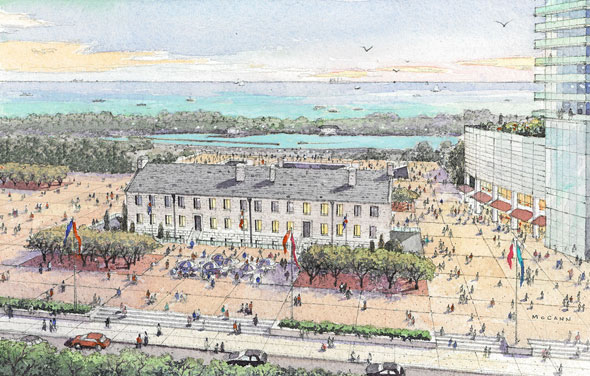