I suspect the most enduring image of Toronto over the last 40 years or so (CN Tower aside) is likely to be a red and white CLRV streetcar, trundling and whirring through the city's streets. What a lot of people don't know is these vehicles, designed to replace an aging American-built fleet, were almost never built at all.

In 1970s, Toronto - like just about every North American city - was practically itching to tear out its streetcar lines in favour of buses, highways, and subways. According to Transit Toronto, the TTC planned to entirely phase out its light rail service by 1980, but thanks to a concerted effort by activists in the wake of the Spadina Expressway cancellation, the Commission ultimately abandoned its plans and began seeking a replacement for its aging Presidents' Conference Committee streetcar fleet. 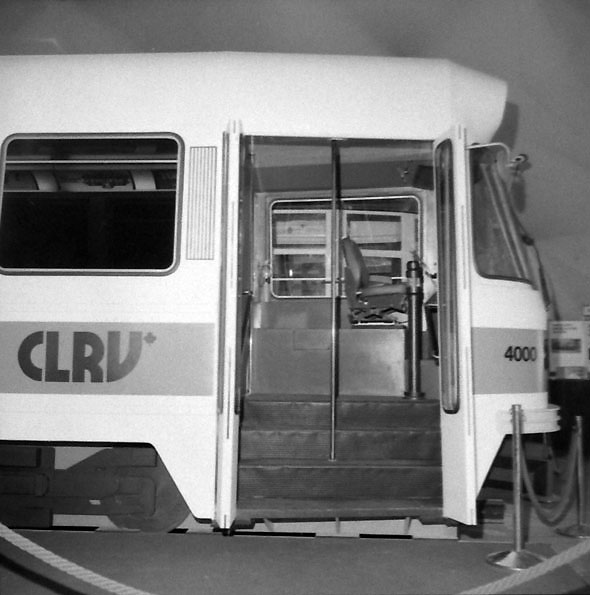 The result was the Canadian Light Rail Vehicle, a brand new vehicle designed by the Urban Transit Development Corp. for various Canadian and American markets. The prototype vehicles, the first of which were screwed together in Switzerland, were tested on Toronto streets in 1979 and entered service the same year. Unfortunately, other cities like Boston that also tested the vehicles didn't bite.

What we have here are photographs of the first prototype CLRV during a media op in 1977. Note the generic white livery and angled front seats which were fitted to the first six vehicles, but later ditched in favour of the current configuration. Also gone are the subway-style door areas and large sealed windows installed on the first cars in anticipation of air conditioning units.

Give us your thoughts on the prototype. Streetcar 4000, the one pictured here, is still in active service on the system like all but one of the CLRV fleet. (edit: this is actually a full-scale model.) Bonus points for spotting the real number 4000, the first CLRV to roll of the production line, on the street. It's still out there. 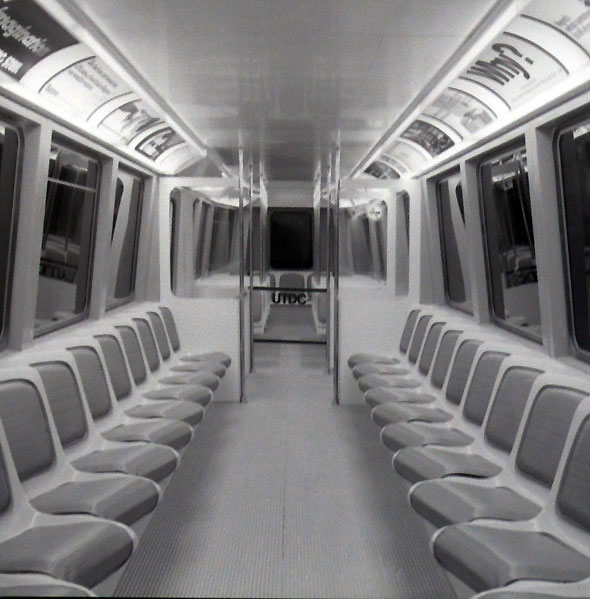 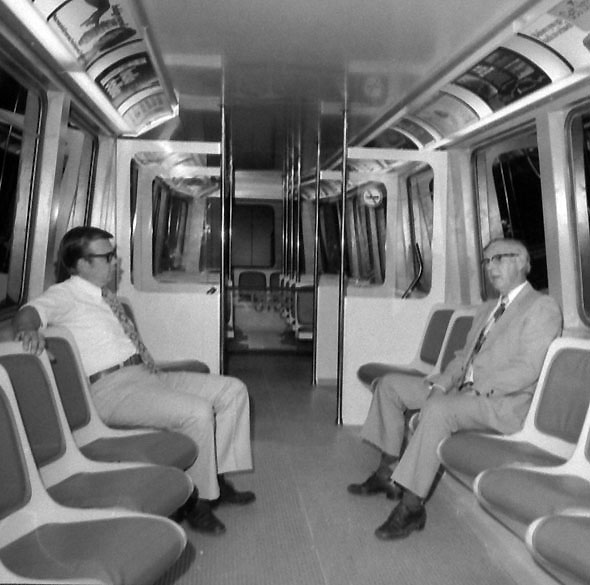 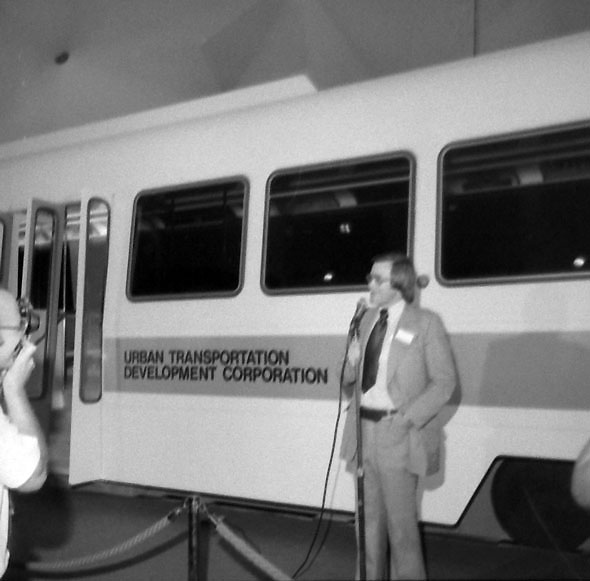 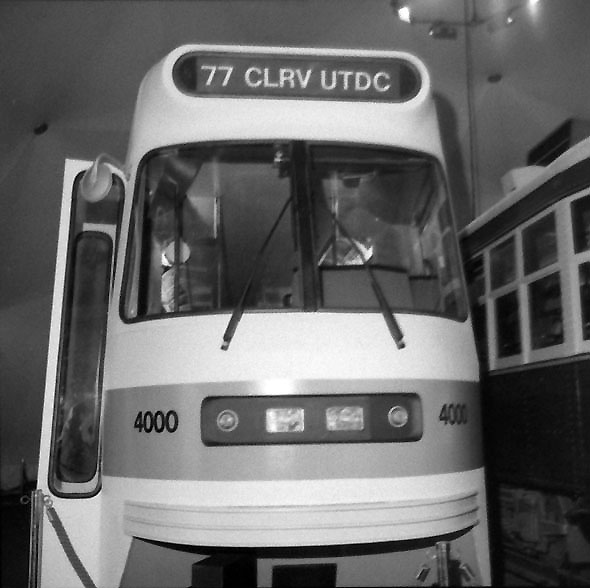 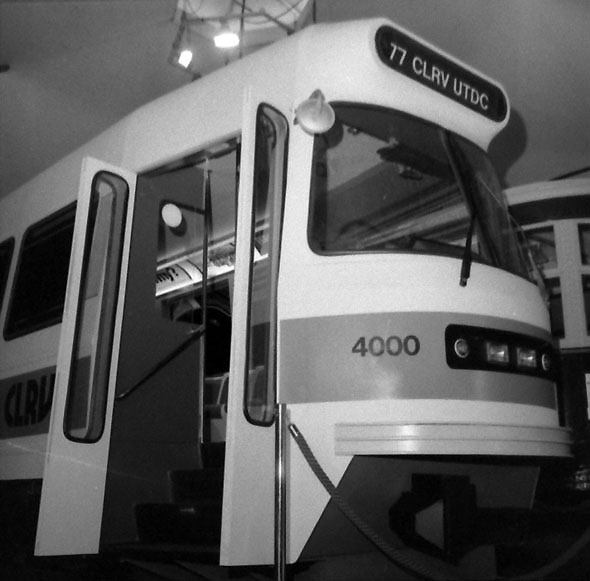 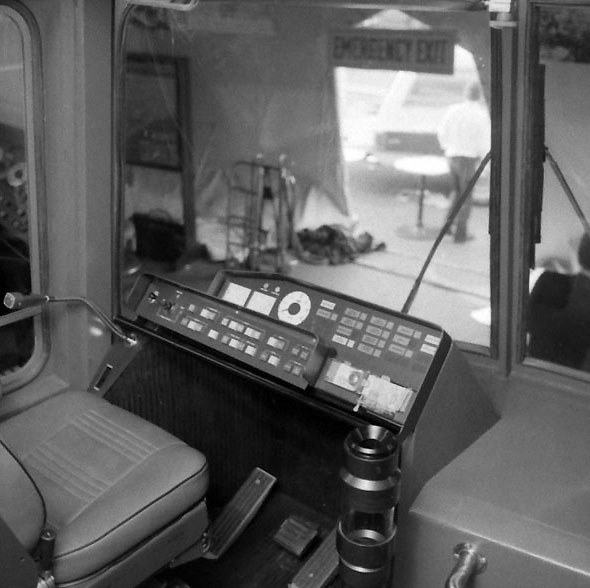 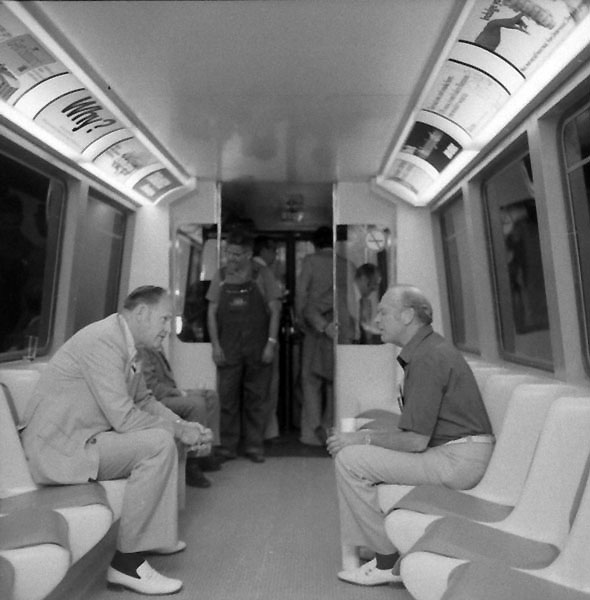 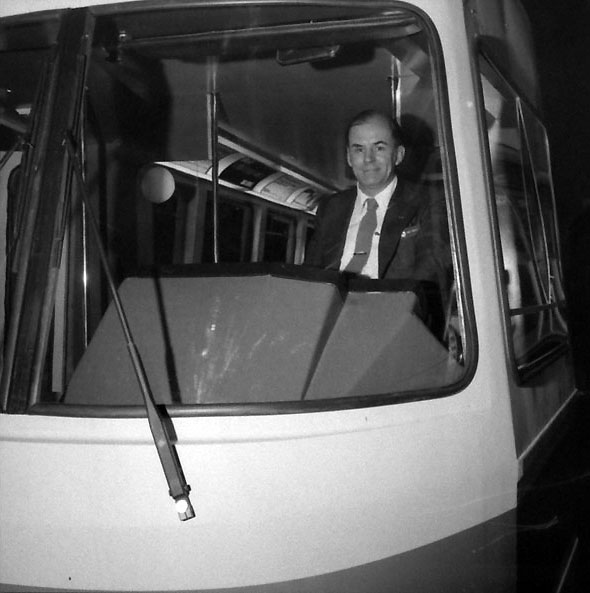 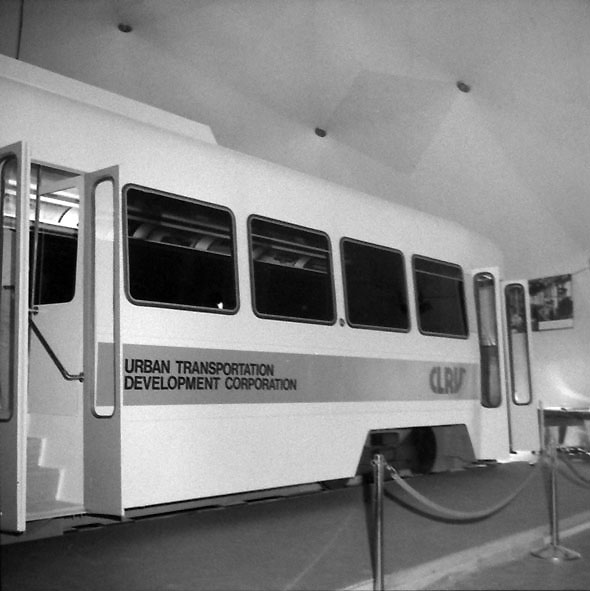 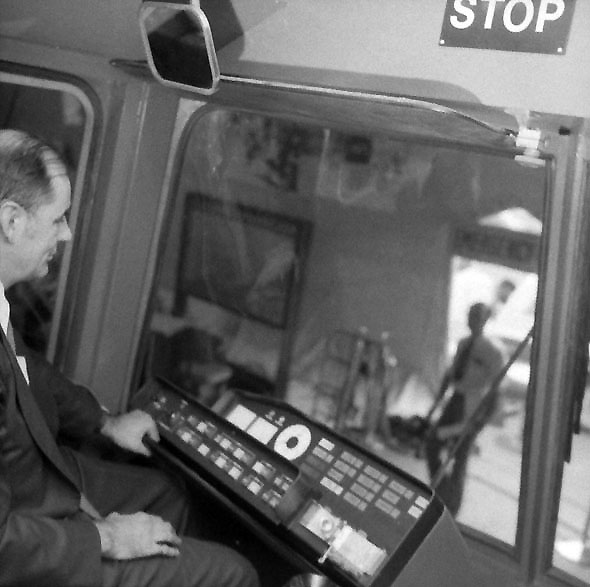 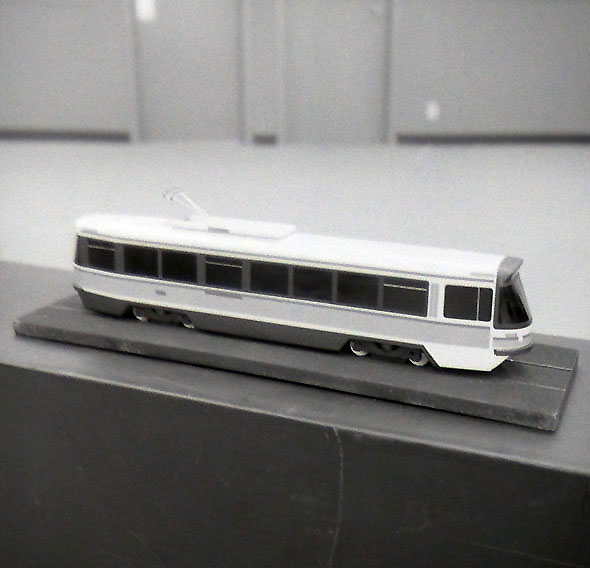 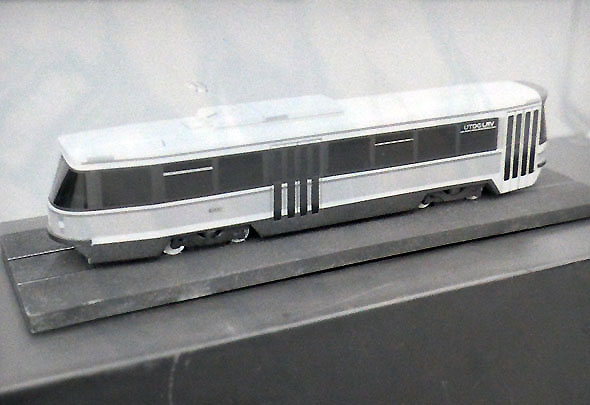