On the morning of January 1st, 2013, hundreds gathered bright and early at Sunnyside Beach for the Toronto Polar Bear Club Dip. The annual event has been a tradition since 2005, and raises funds for Habitat for Humanity, as well as being a surefire way to banish New Year's Eve hangovers for those who are brave, and motivated enough, to drag themselves out of bed. 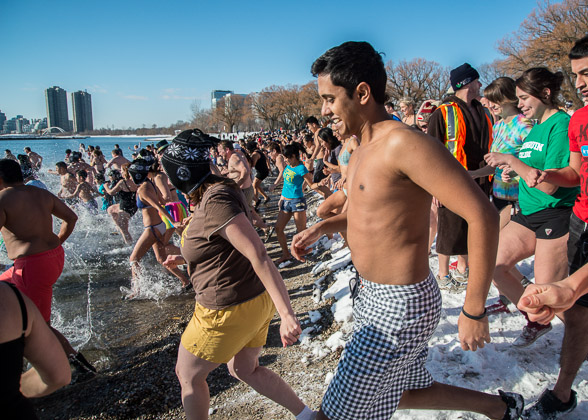 The Toronto Polar Bear dip sees participants, each having brought a minimum sponsorship or donation of $20, run into Lake Ontario in simple bikinis or elaborate costumes--on a day when the temperature dropped beneath the 0 degree mark, although the water temperature was 2 degrees. Many wore (probably ineffectual) hats, scarves and gloves, and most dashed in and quickly ran out.

The event is one of several being held throughout the country, and the Toronto Polar Bear Dip had its highest attendance ever this year, and had raised $28,000 as of an hour before the event's start (although more people registered later).

Check out more photos below. 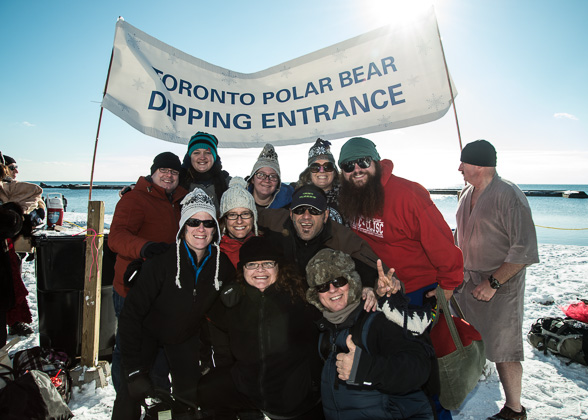 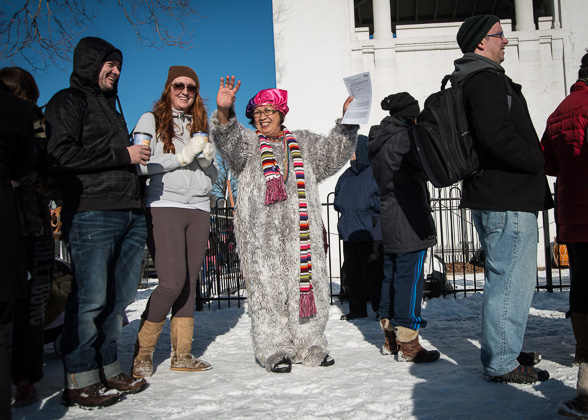 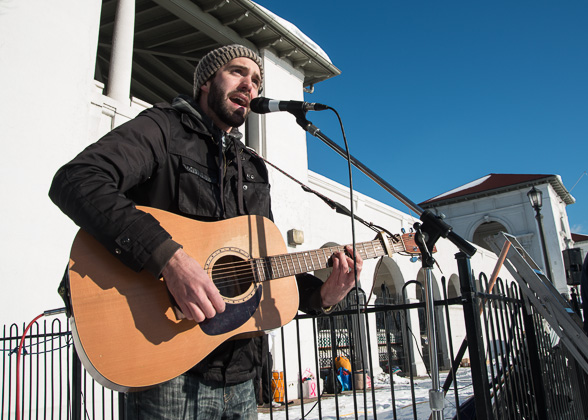 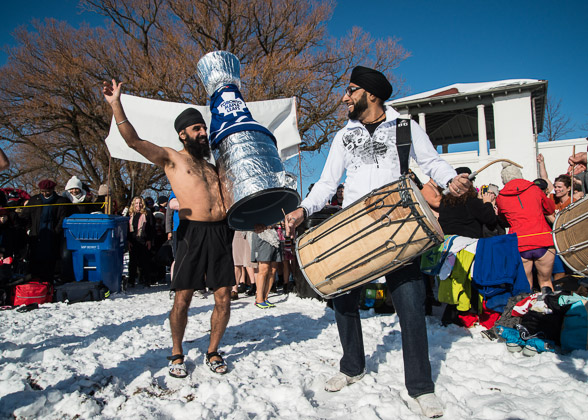 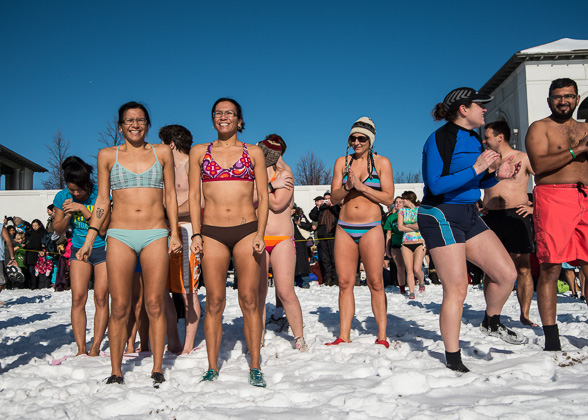 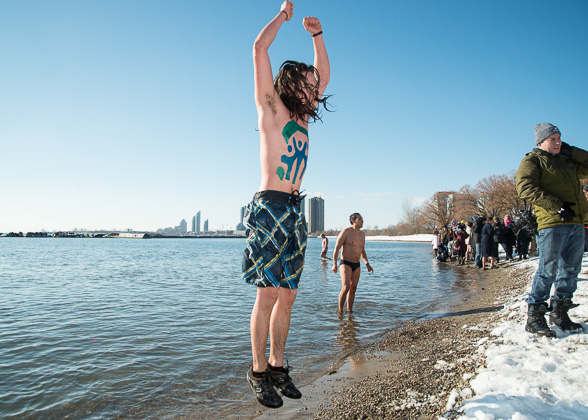 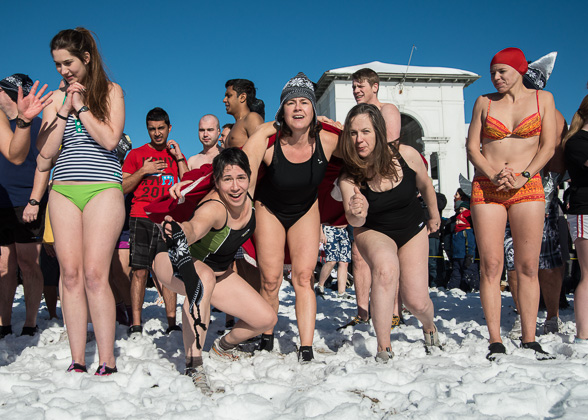 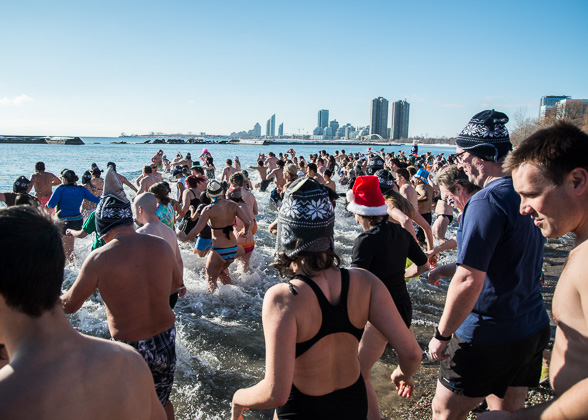 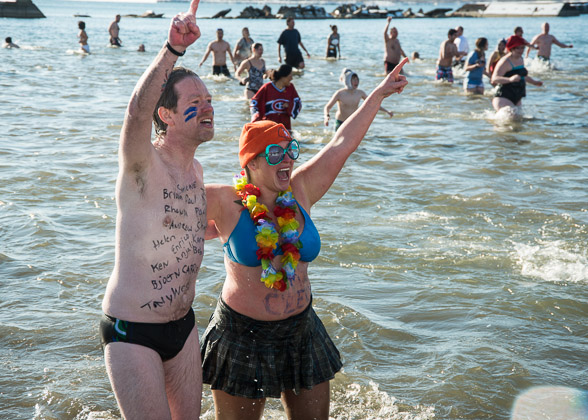