The Toronto photographs of the City Engineer's office

For all the historical photos of Toronto that we've posted to the site over the last few year's, little recognition has been given to the profound contribution of the City Engineer's Office to our city's archive. Although not the earliest official city photography, the work the Engineer's Office did to track various infrastructure projects â starting in the early 1890s â offers us a thoroughgoing portrait of what Toronto looked like at the turn of the 20th century.

Cameras were anything but common at the time so there's isn't an abundance of other images that survive from this period. Although ostensibly pragmatic in nature, the office made sure to hire expert photographers to track the development of the city over a period between 1891-1911. As such, there's a keen compositional eye on display throughout the more than 600 sepia-toned images that make up this particular collection. Elevated vantage points, in particular, help to establish the relative size and density of the city at this time.

In the second half of this two decade span, the photographic output of the City Engineer's Office reached new heights on account of the presence of Charles H. Rust. As is noted in Toronto's Visual Legacy: Official City Photographs from 1856 to the Present, the presence of photo processing facilities at a then new City Hall helped pave the way for greater documentation efforts:

"In 1898 Charles H. Rust became the City Engineer. He was a photography enthusiast, and the first annual report that his department produced during his tenture included an unprecedented number of photographs. A year later, the City Engineer's Office moved to new City Hall on Queen Street West. The new location included space to set up photographic facilities and, from 1899, city employee Arthur F. Rust, the younger brother of the City Engineer, produced the photographs for the department.

Included below is only a snippet of this valuable archive. To see more images, check out the Toronto Archives' list of digitized holdings. 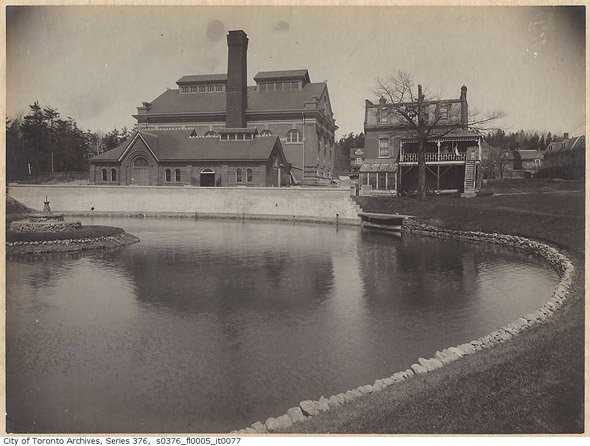 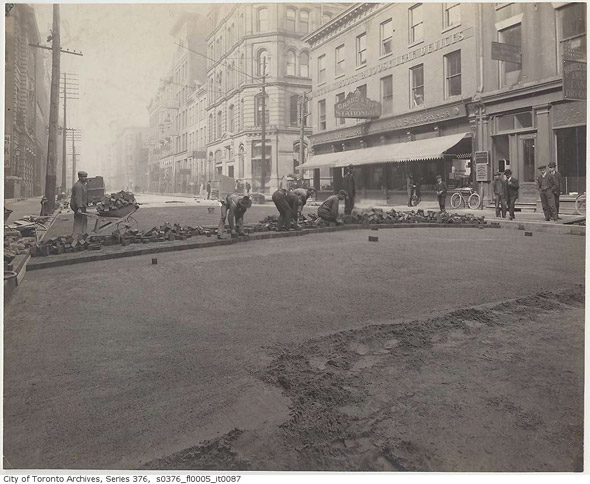 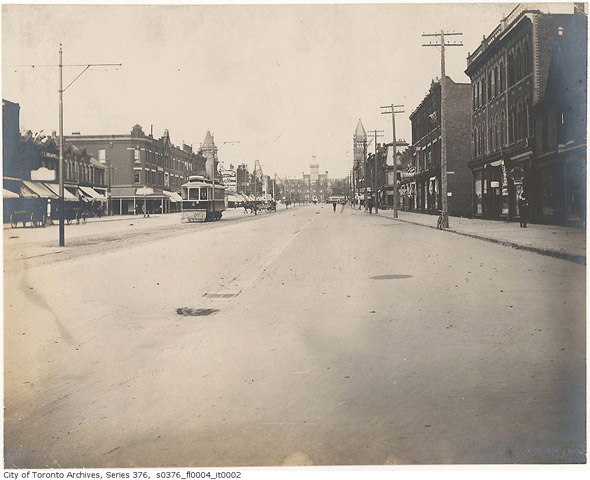 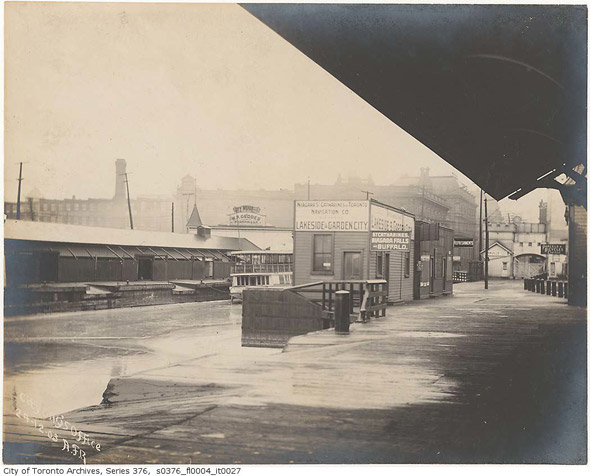 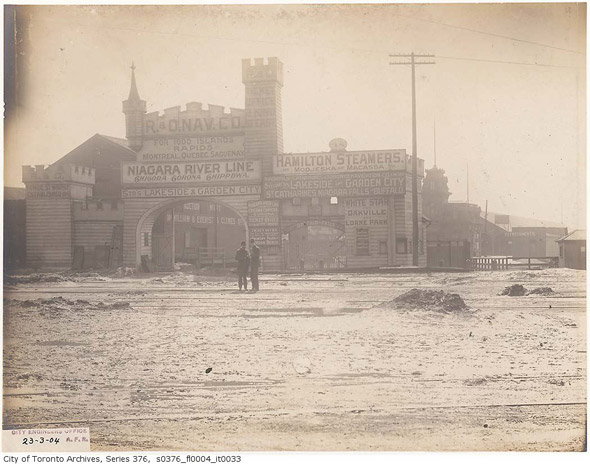 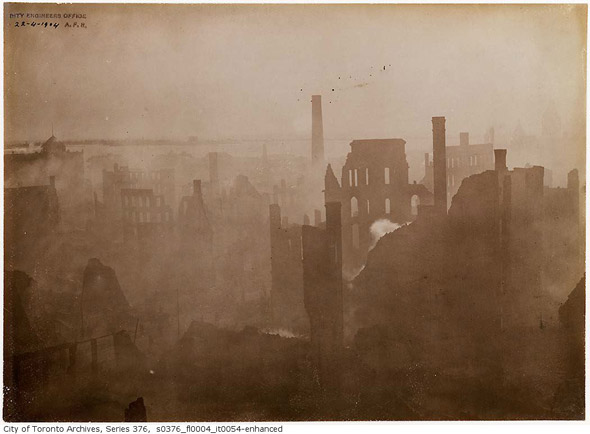 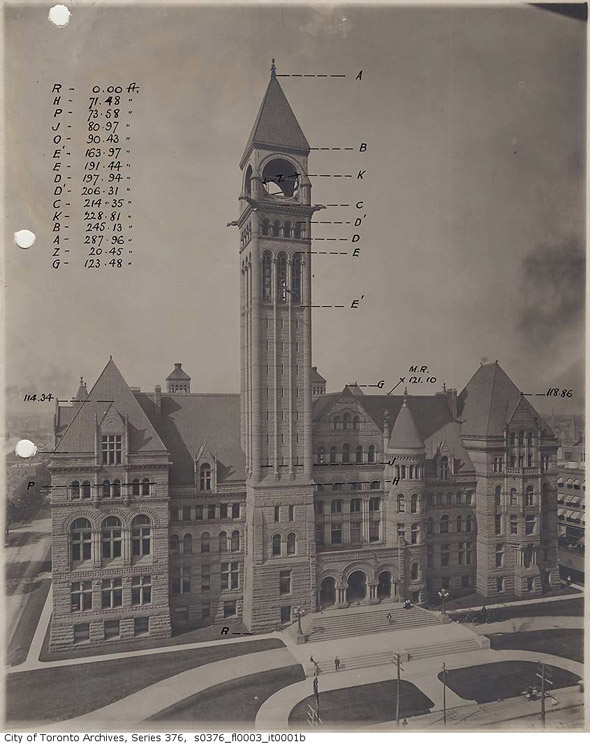 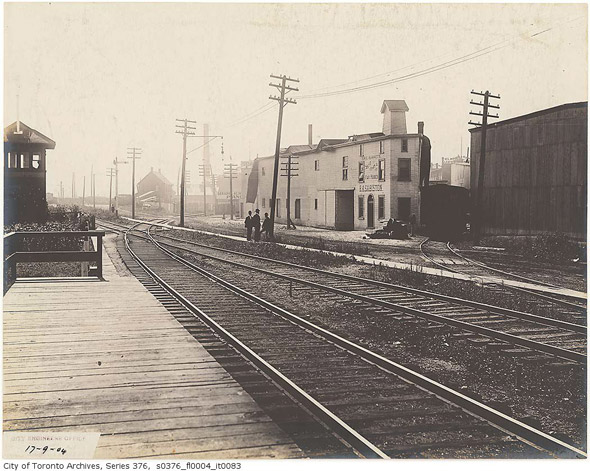 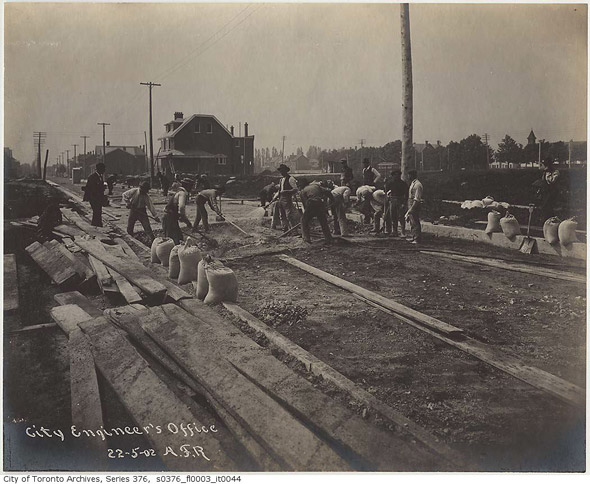 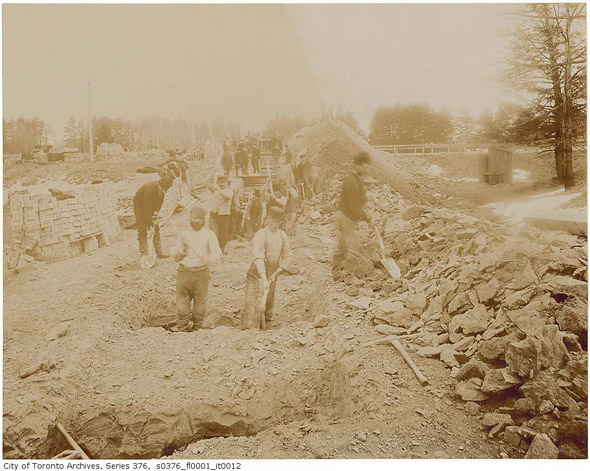 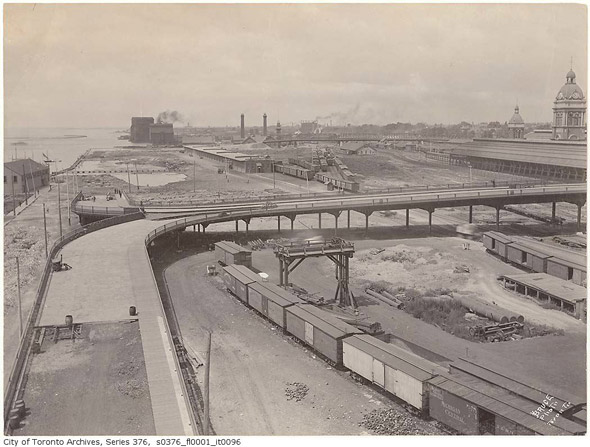 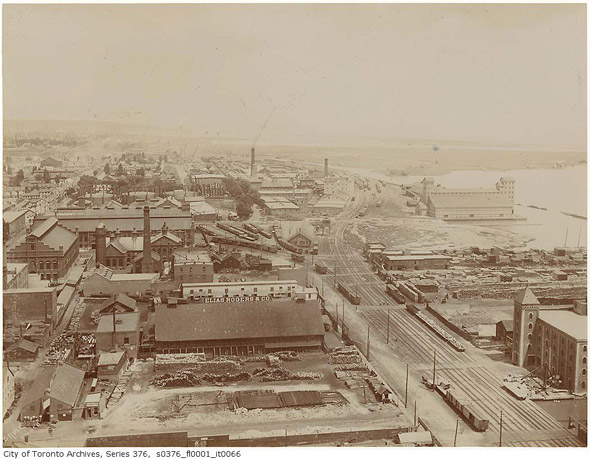 Looking east across the Esplanade, 1894 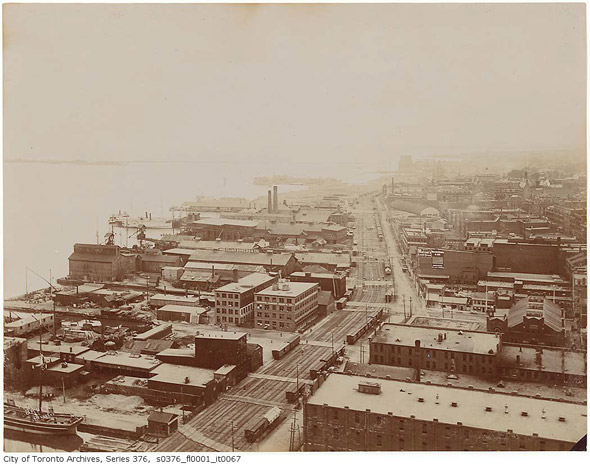 Looking west across the Esplanade, 1894