The preliminary designs for Caledonia Station, an underground stop on the new Eglinton-Scarborough Crosstown LRT line, were presented last night at an open house held by the TTC and Metrolinx. The concepts drawings were mounted on white boards and placed throughout the room at the York Memorial Collegiate, which played host to local community members eager to determine what changes are in store for their neighbourhood. There were representatives on hand from the City of Toronto, the TTC, and the design teams to answer questions.

Given the subways vs. LRT fiasco at City Hall, the one thing that residents wouldn't stop asking TTC Community Relations Team Leader David Nagler was whether or not the project was actually going to happen. While he acknowledged the skepticism, he was also quick to reassure everyone that the project is moving forward this summer (we can expect to see more obvious signs of construction as early as August). 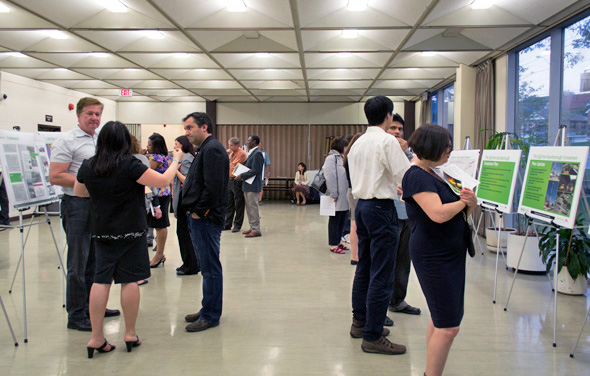 With the Crosstown, the TTC hopes to take a more hands-on approach with the community as the construction proceeds. Along with presentations like this one, they have a dedicated community liaison team, the main responsibility of which is to communicate with the engineers, the construction team and residents of the community to make sure the project is on track.

Caledonia Station should ultimately prove less disruptive to construct than some of the others on the line, given that its location will not require widespread expropriation. There's some green space in front of Westside Mall and the site of the main station entrance at Croham and Eglinton isn't densely packed with current businesses. 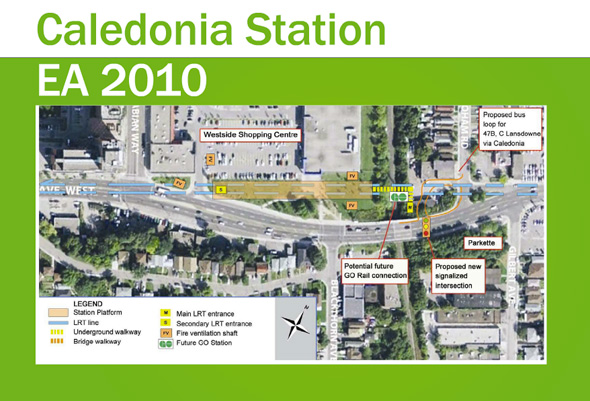 Once up and running, Metrolinx and the TTC plan for GO Bus integration, which you can expect to see more of at future stations. Also noteworthy is the promise to include bike facilities at new stations on the Crosstown line. At Caledonia, for instance, there will be indoor bike parking. How's that for integration?

Although it'll be years until the Crosstown opens, both the preliminary station designs and the commitment to involve the community in the planning process are both auspicious signs that have community members cautiously excitied â well, that is when they allow themselves to think that the line is actually going to be built in the first place.

The one thing both the City and the TTC representatives were keen to hear was feedback. So what are your thoughts on the initial designs for Caledonia station? 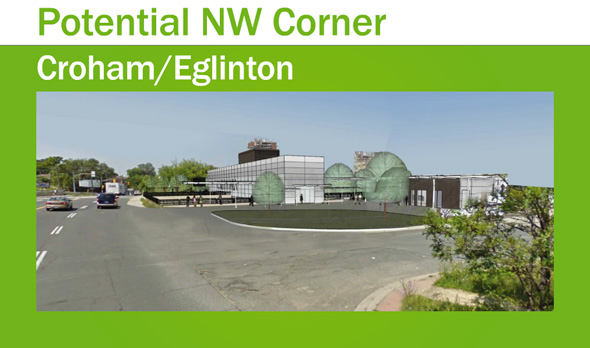 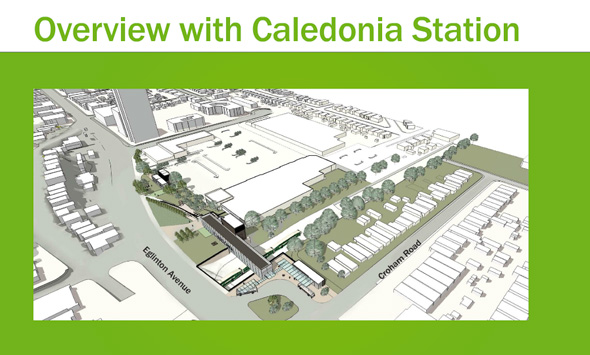 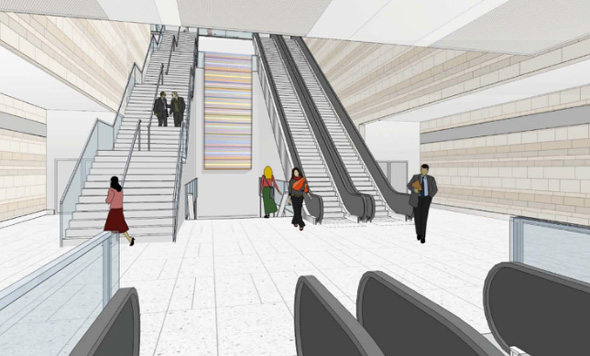 Screen grabs from the online presentation.