One of Toronto's stranger relics from the 1930s, the last remaining Joy Oil gas station is back in the news â though sadly only because there still isn't anything to report about what will ultimately become of the building. The Post's Peter Kuitenbrouwer outlines the predictable but frustrating bureaucratic process that's left the quirky landmark on Lake Shore Avenue West in a state of limbo since it was relocated and restored five years ago.

Setting aside the delays in determining the future use of the former gas station, the good news is that the building isn't going anywhere. This oddball structure was once one of many that dotted the city. At one point there were 16 Joy Oil gas stations around town, all of which featured the characteristic castle-like architectural details. Service stations in general were more interesting looking prior to the homogenous corporate designs that started to pop up in the 1980s, but none so much as the Joys. 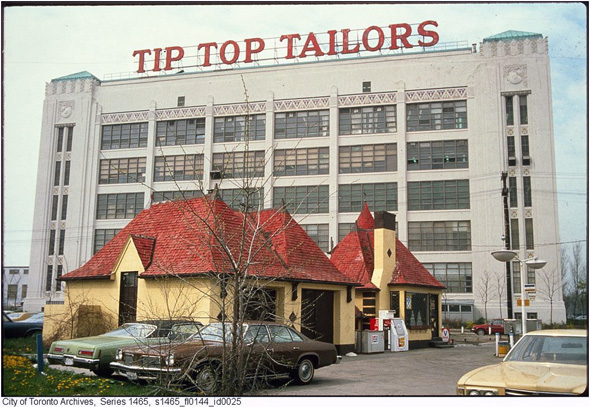 There's not much written about the Joy Oil stations, though Mike Filey does have the basics covered in A Toronto Album 2:

"The Joy Oil Company was a newcomer to the scene, having entered the service station business in Detroit in 1928. Their first station in Toronto opened in 1936, and eventually there were 16. Joy stations, designed to look like miniature castles, were unique to the city landscape. The owner of the company was Margaret Austin, a feisty American who, with her husband, owned Sunny Service south of the border.

Entering the Toronto market was difficult; both the city and most of the other petroleum companies fought them at every turn, the former ostensibly due to safety concerns with the construction of an oil tank farm on Cherry Street, the latter fearing the outbreak of gasoline price wars. Joy gas was several cents cheaper per gallon, because Joy brought in cheaper crude oil into Canada from Texas (and later Romania) by tanker and had the oil refined in its Montreal refinery, resulting in lower production costs." 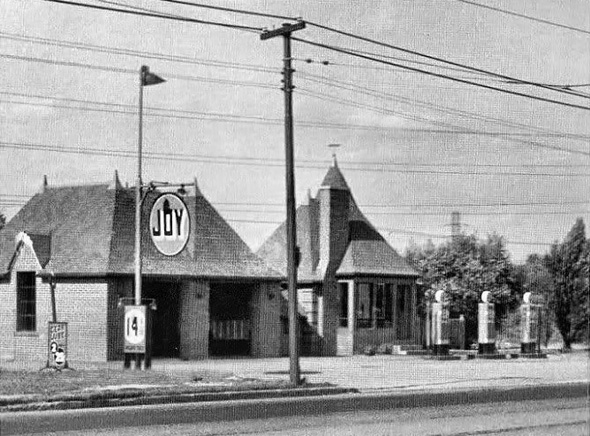 Joy ultimately lost the battle. The little photographic evidence that we have of their existence shows that the remaining stations had been rebranded by the late 1970s. 10 years later, most of the original buildings were gone altogether, replaced by newer stations or other development. Somehow the one at Lake Shore and Windemere survived. Now if we could just do something with it already. 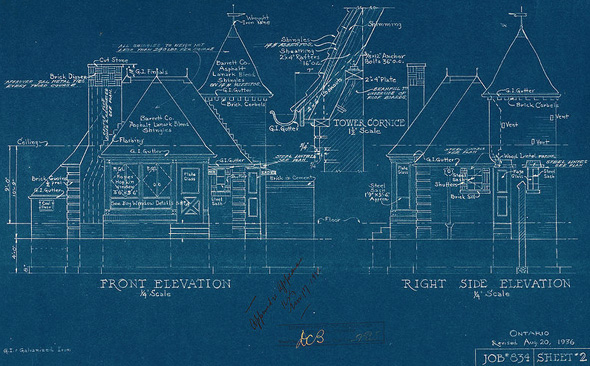 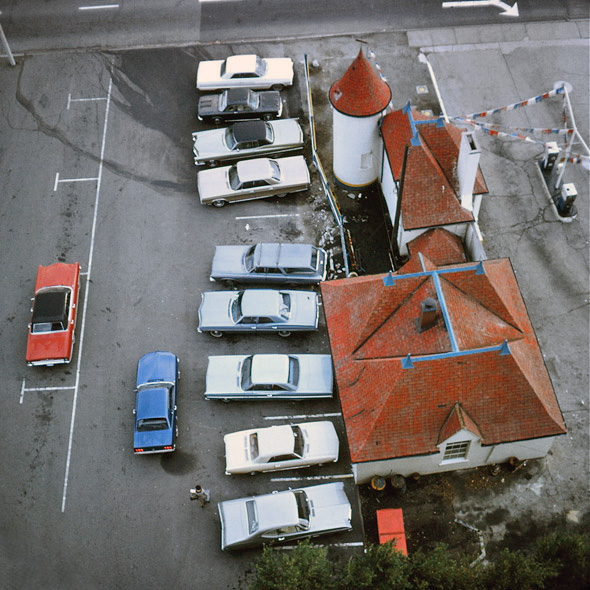 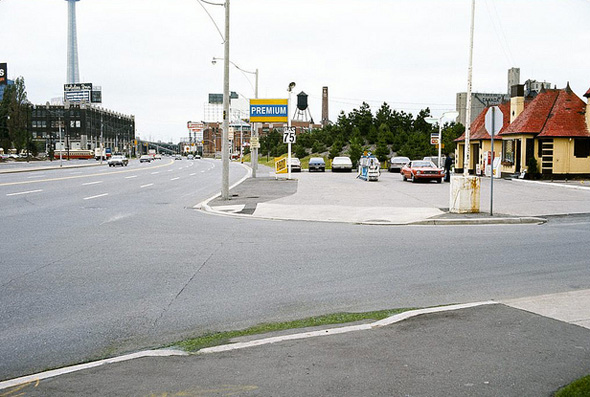 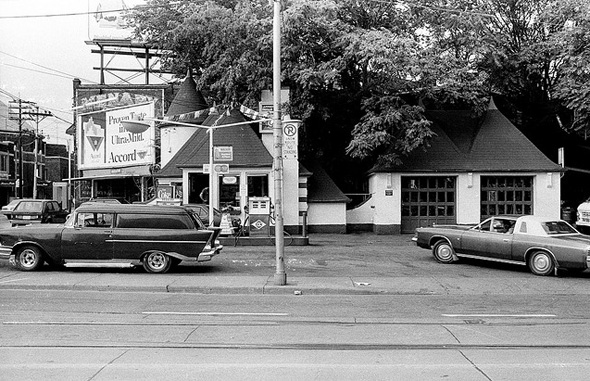 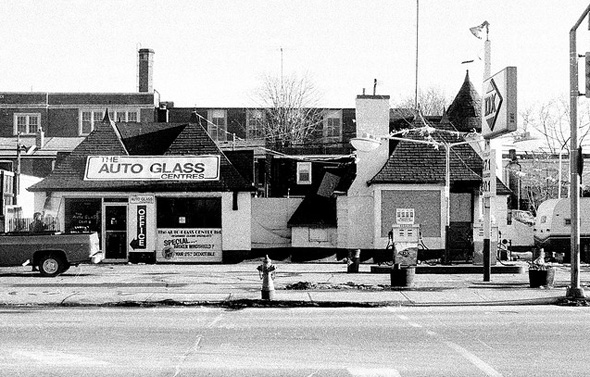 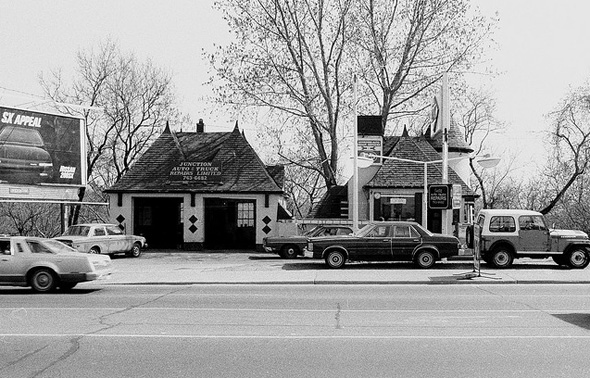 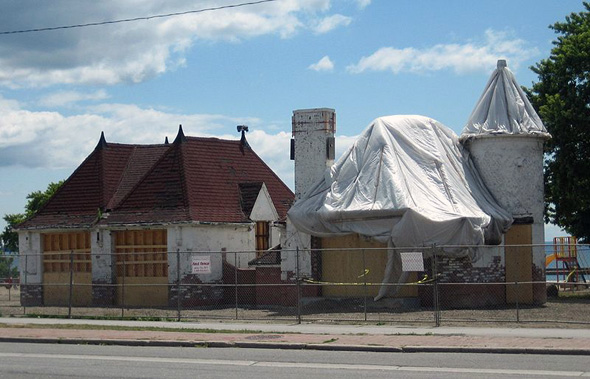 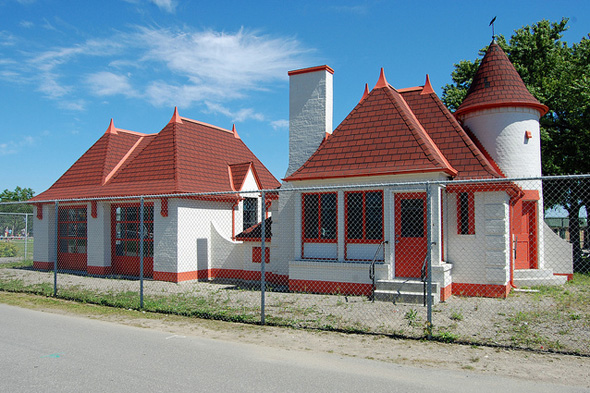