The history of Casa Loma in Toronto

Casa Loma might be known these days as the home to Blueblood Steakhouse, an annual haunted house or the place where the Schitt's Creek cast celebrated as they received all their Emmys, but over the years, this architectural folly has served as a residence, dance hall, hotel, and finally, as a museum.

Designed by E.J. Lennox (1854-1933), one of the most prominent architects in the city between the late nineteenth and early twentieth century, the structure is, if nothing else, unforgettable. 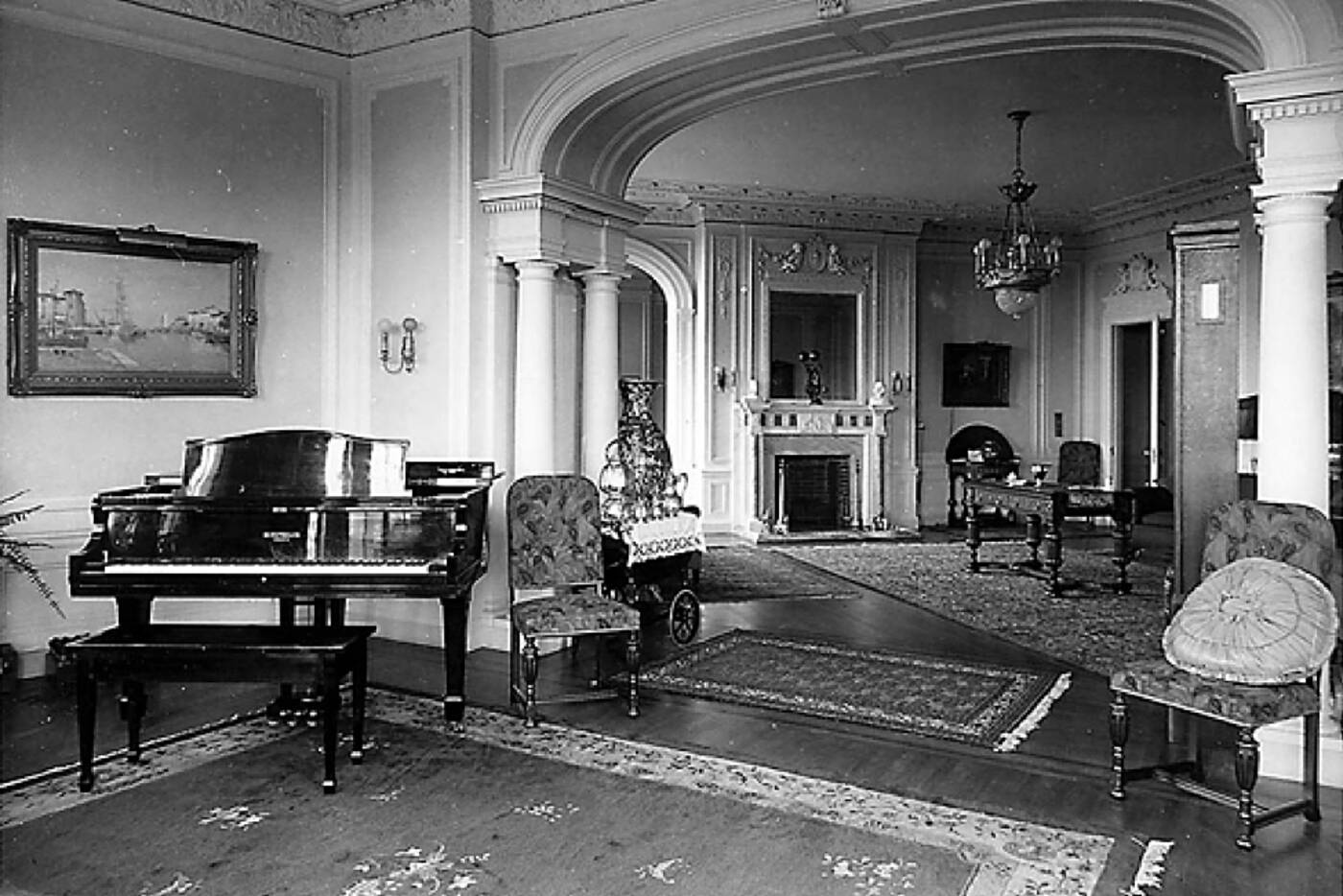 Although Lennox in due course would be credited with many other notable landmarks, including the Old City Hall, the commissioned private residence of Sir Henry Pellatt was the structure that he was most proud of. 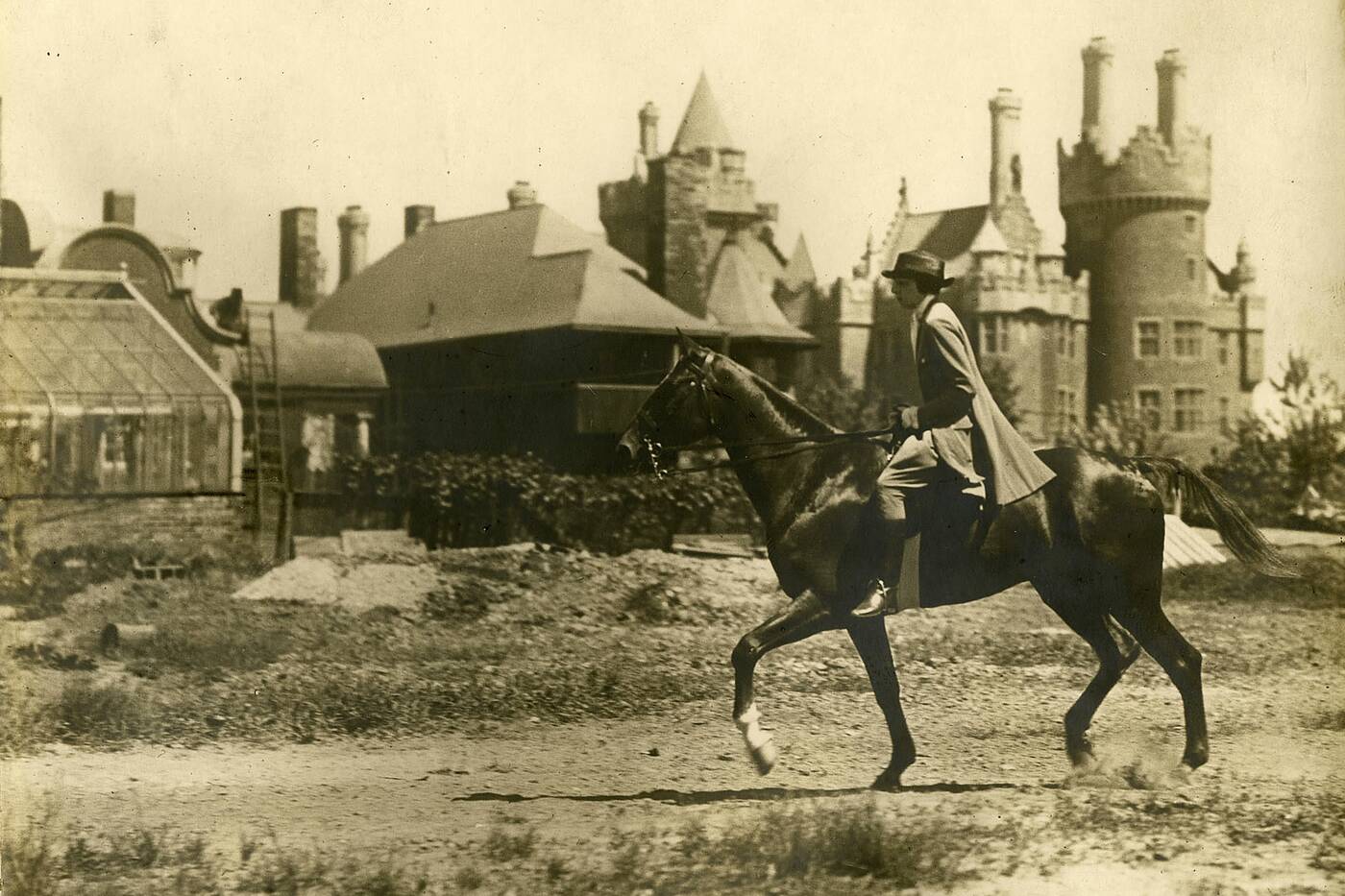 A view of Casa Loma from the stables in 1920. Photo via Toronto Public Library

When he built his house in 1913, which he named Lenwil, on the hill at Walmer Road near Davenport Road, at 5 Austin Terrace, he positioned his bedroom on the second floor of the mansion, looking northeast.

This way, upon getting up every morning, he was able to admire the castle, towering over the city below, which was visible from his window across Walmer. 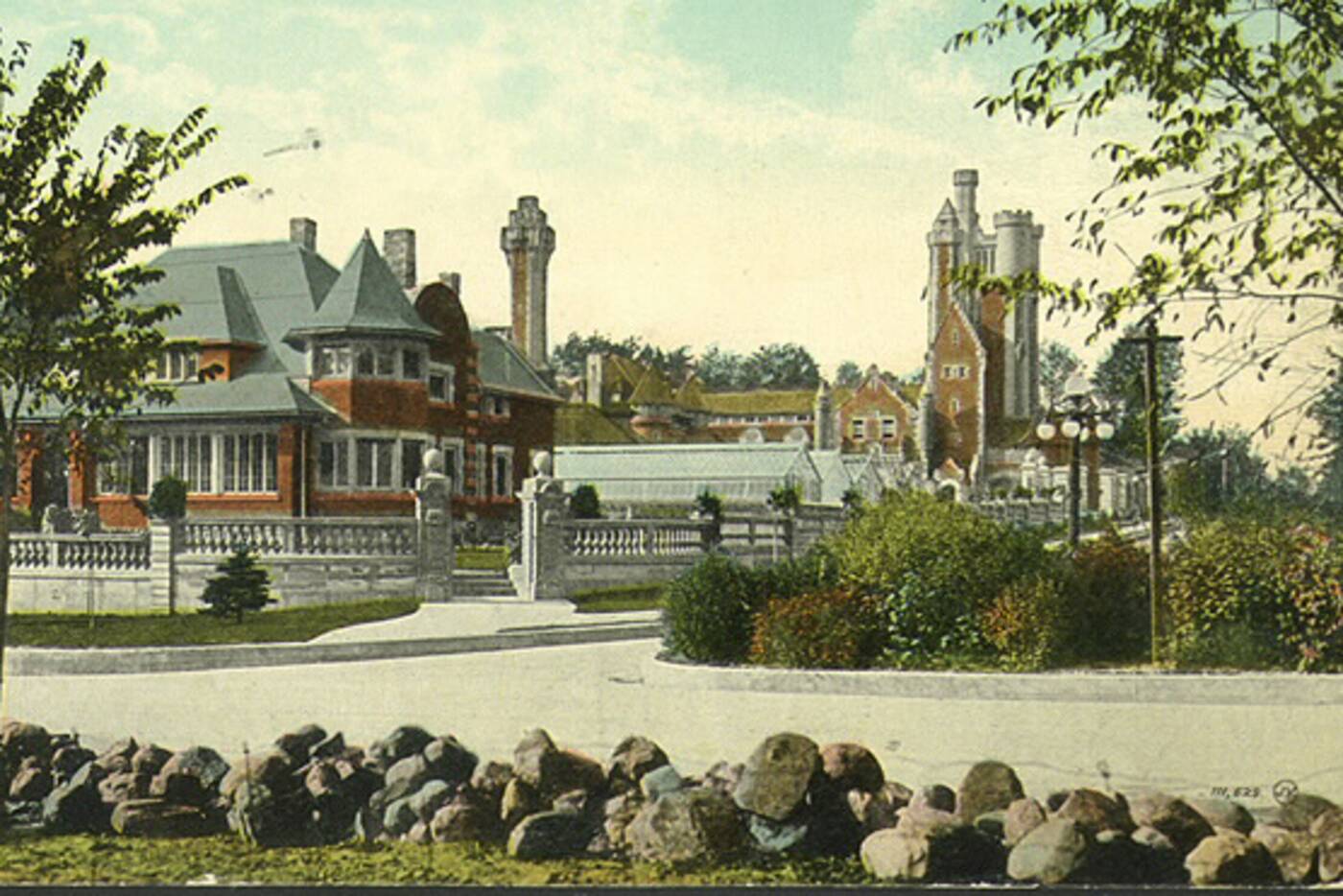 A postcard of the stables at Casa Loma.  Photo via Toronto Public Library

The construction began in 1911 and was completed two years later. In total, it contained ninety-eight rooms, a library for ten thousand volumes, expansive gardens, and an eight-hundred-foot tunnel that leads from the castle to the stables.

It cost $3.5 million and in total 300 construction workers were employed. Apparently, Sir Pellatt built the castle in hopes of entertaining the King and Queen within its walls. 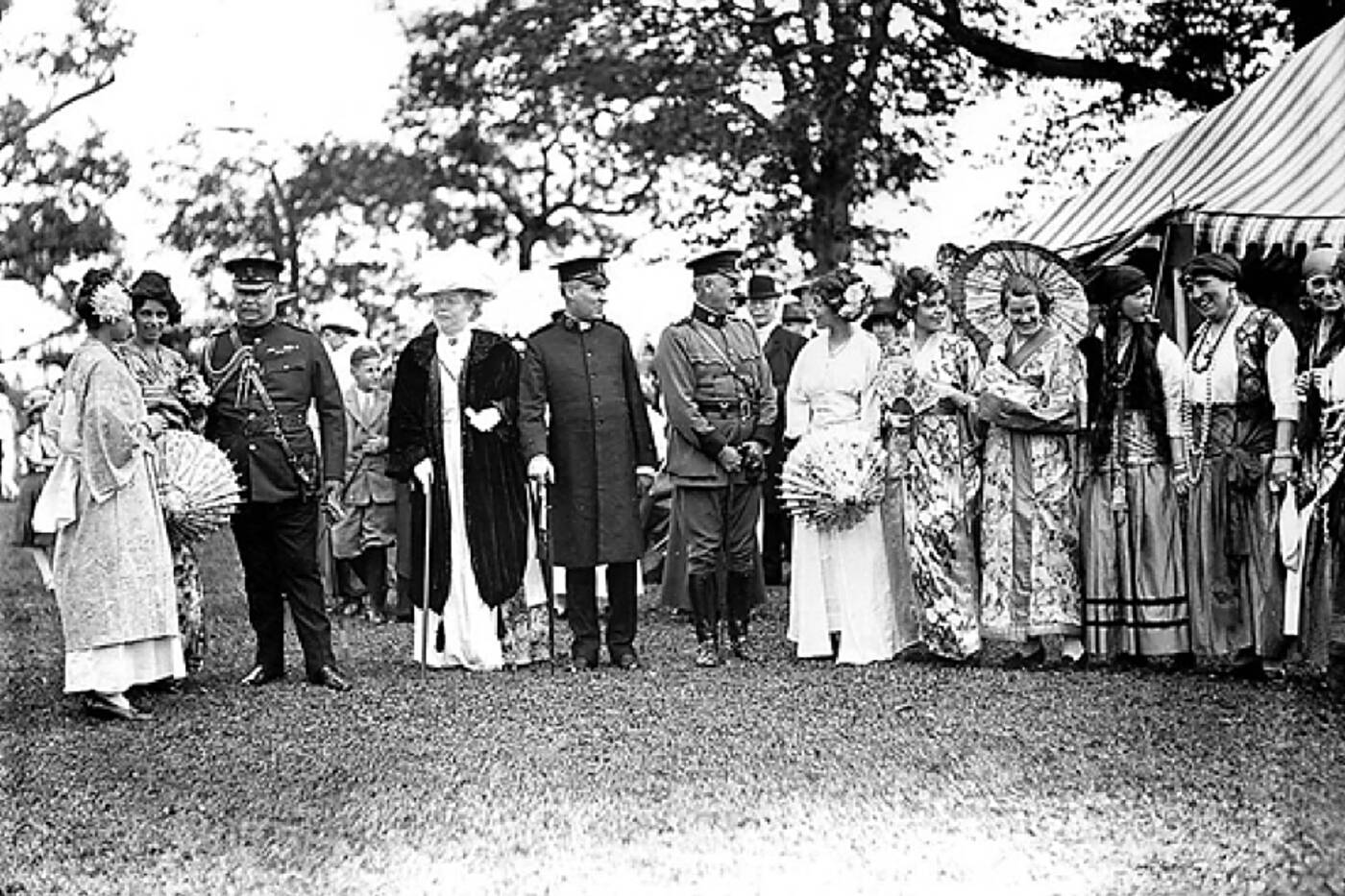 Sir Henry Pellatt is second from the left in this 1917 photo. Photo via Toronto Archives

Pellatt was a highly skilled industrialist who was responsible for bringing electricity and later streetcars to the streets of Toronto but he did not enjoy his lavish, exuberant lifestyle for too long.

In 1923, he and Lady Pellatt were forced to seek accommodation elsewhere: the city seized the castle for unpaid taxes. 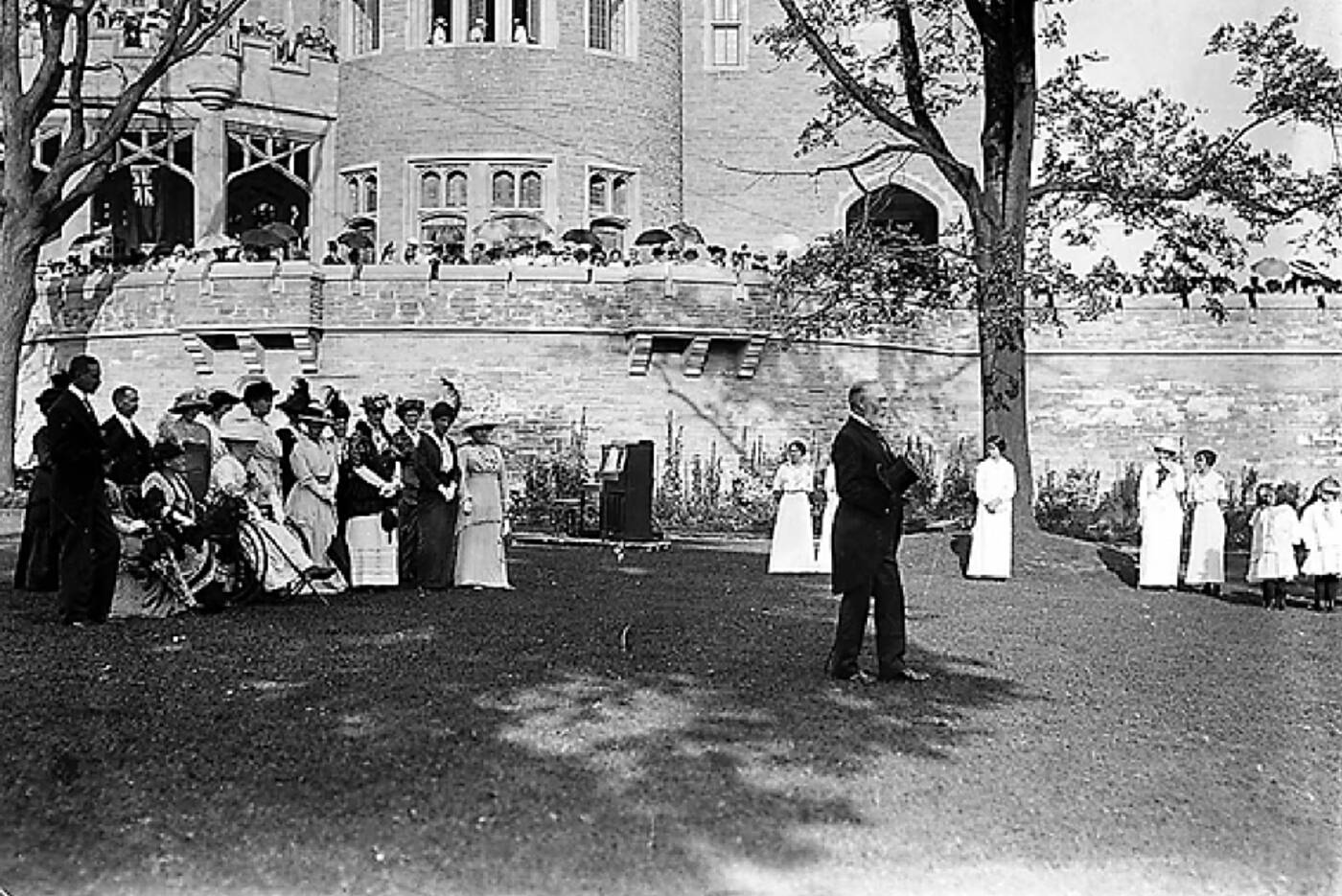 Lady Pellatt is in a wheelchair in this 1914 photo. Photo via Toronto Archives

In addition, his destructive taste for luxury also led him to lose his money in real estate.

While he was busy with planning his dream house, he was also preoccupied with the construction of a gated community that he named Cedarvale, just north of Bathurst and St. Clair.

However, the real estate prices severely depressed in the wake of the First World War and Sir Pellatt was only able to sell some of the houses that he had financed. 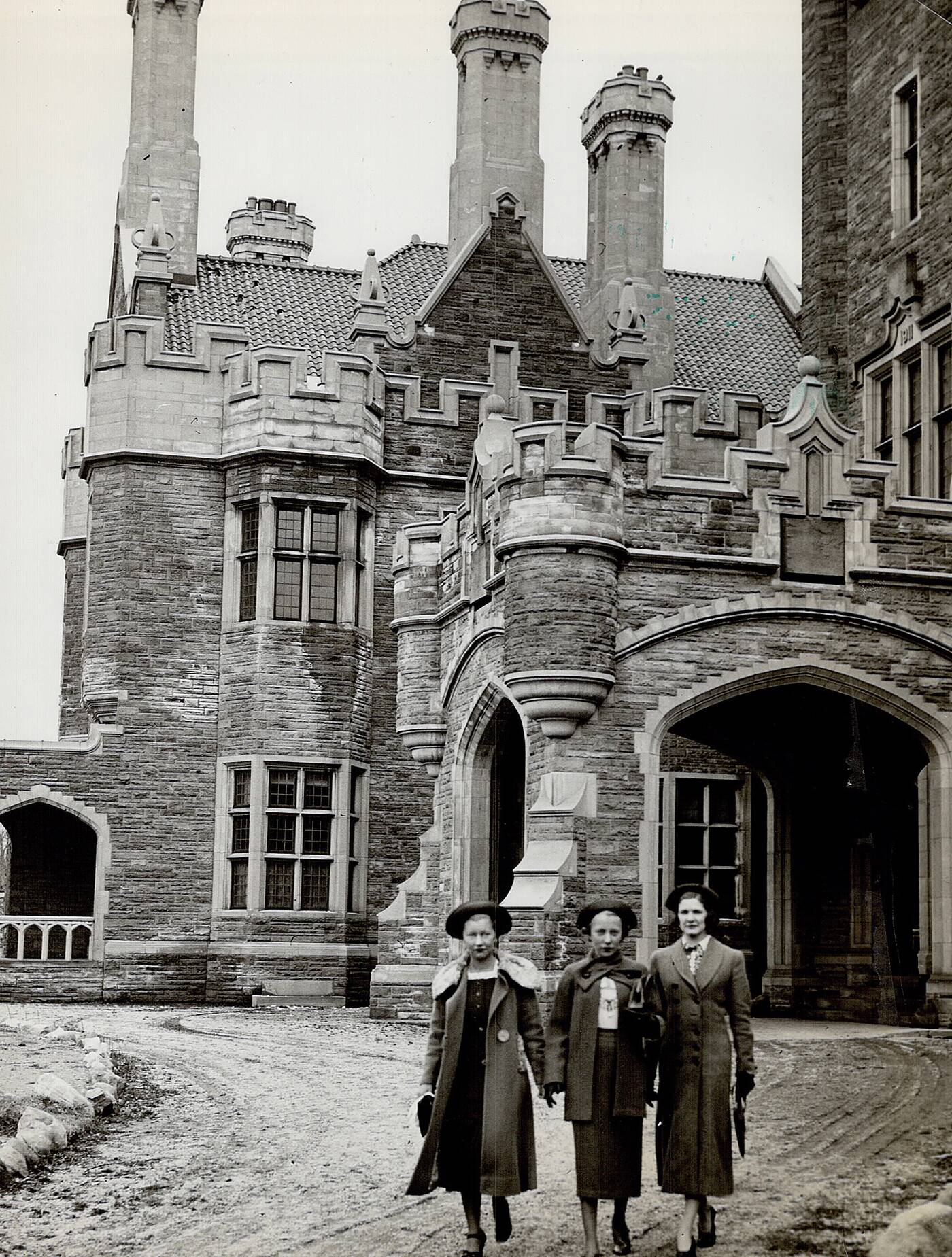 Casa Loma is seen in 1937. Photo via Toronto Public Library

Following the departure of the owner, the short-lived Casa Loma Hotel opened in 1927, the same year when the provincial government abandoned the Ontario Temperance Act. 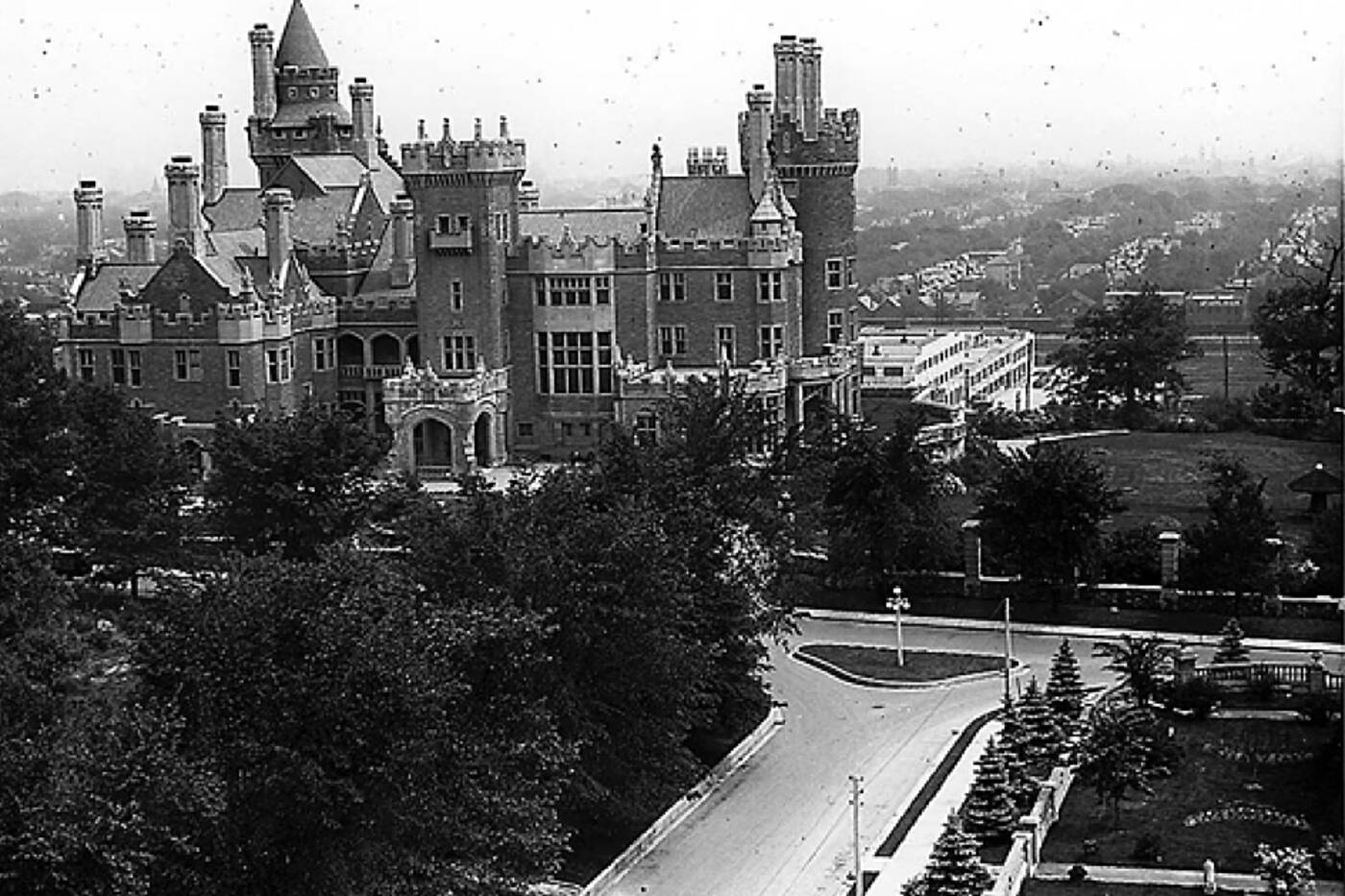 A view of Casa Loma from 1920.  Photo via Toronto Archives

The building advertised as an "apartment hotel," where a room could be rented for as long as the guests wished, at the price of $6 a day.

The former grand residence of Sir Henry Pellatt was also equipped with dancing and dining halls, but it failed as a hotel and closed down a mere year later. 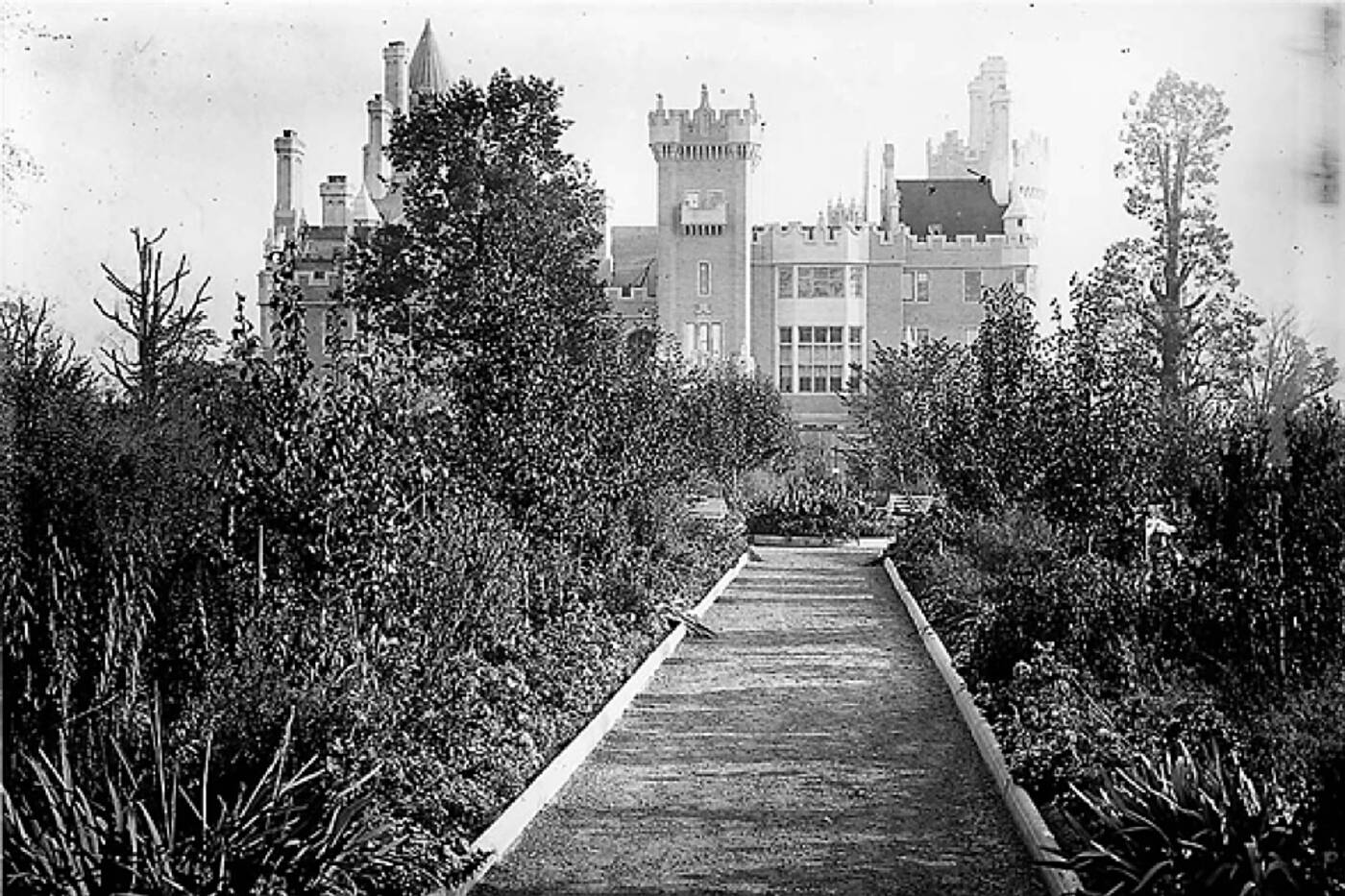 A view of Casa Loma in 1914. Photo via Toronto Archives

The castle stood empty for the next decade, until 1937 when the Kiwanis Club of Casa Loma assumed the administration of the structure and operating it as a tourist attraction, until it eventually transferred it to the city. 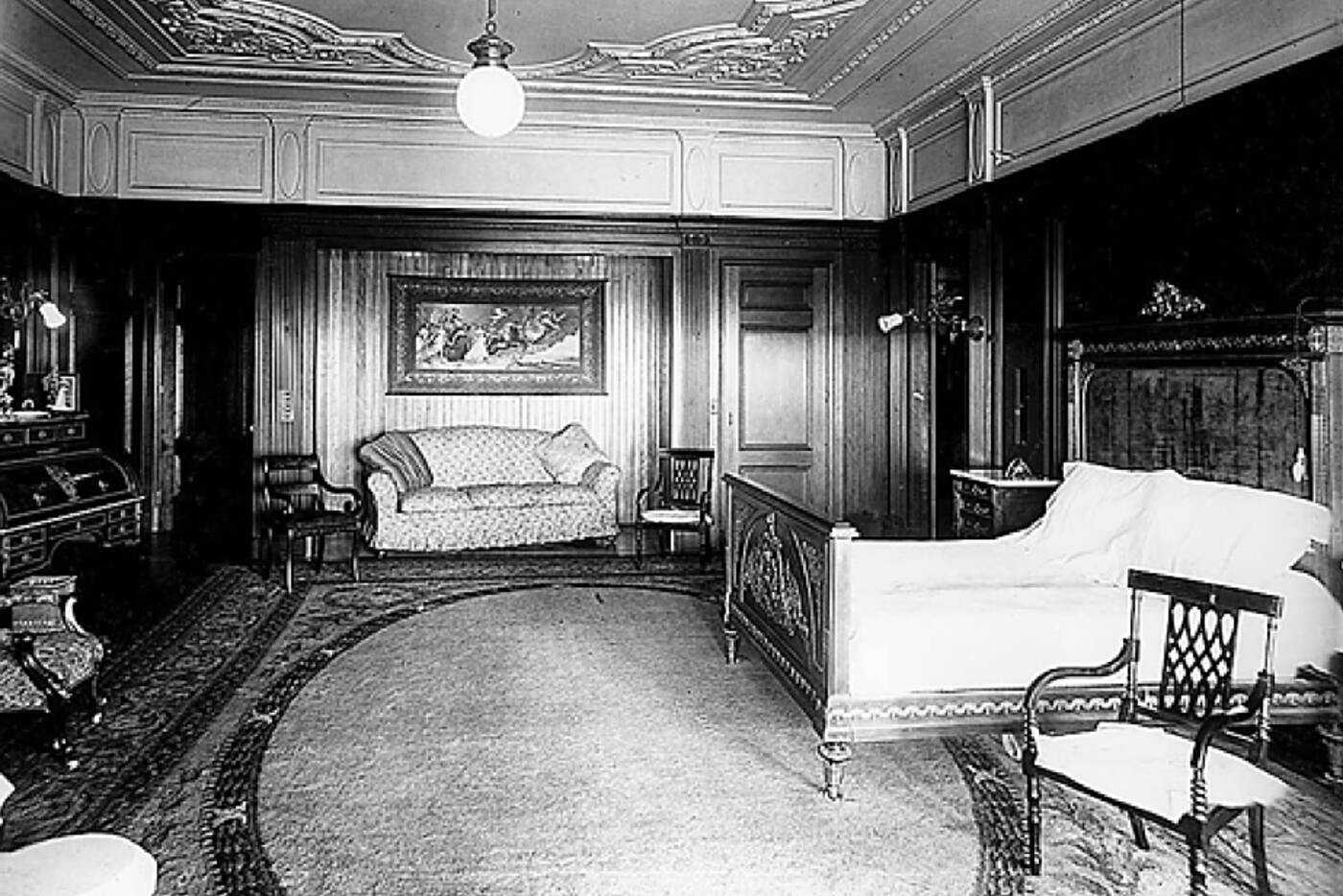 Not surprisingly, a number of strange tales became associated with the castle, including one that during the construction of the half-mile long wall around the castle, Sir Pellatt offered to pay anyone a dollar for one dun-coloured boulder but only one white stone was used in the end, according to John Colombo.

Another story had Pope Pius XII planing to move the Vatican to Casa Loma for the duration of World War II.

These days Casa Loma is operated by Liberty Entertainment Group. Each year, more than 650,000 visitors tour Casa Loma and the estate gardens. It also plays host to private events and has been a location for film, as well as television and photo shoots.