Photos of the 2011 Toronto Auto Show

The Auto Show has taken over the Metro Toronto Convention Centre once again. And if you're fascinated by fast cars or intrigued by new automobiles and concept cars, you may find this year's installment particularly worthwhile.

After attending last year's Auto Show, I was hoping to see some progress from an auto industry that still has a long way to go to get up to speed with greener vehicles. Unfortunately, there was scant progress evident, with the bulk of the flash given to fancy sports cars that very few of us will ever be able to afford. The do make for some nice photo ops though. 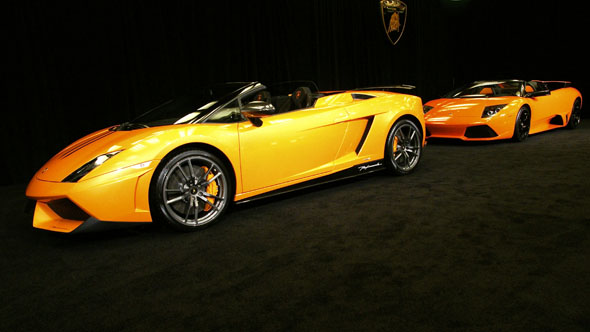 During press day last Thursday I witnessed the dramatic unveiling of the new 2012 Lexus LFA (in the lead photo).

It's essentially the production version of the Lexus V-10 super car. It's big innovation is that it includes the world's first SRS seatbelt-mounted airbag, which would come in handy if you were ever to take it out for a spin. With a top speed of 325 km/hr, I'd want only the best protection.

The Lamborghini cars, pictured above, were mighty pretty against the black carpeting. There were plenty more fancy fast cars, mostly in the Concorso Exotica exhibit. More on that later. 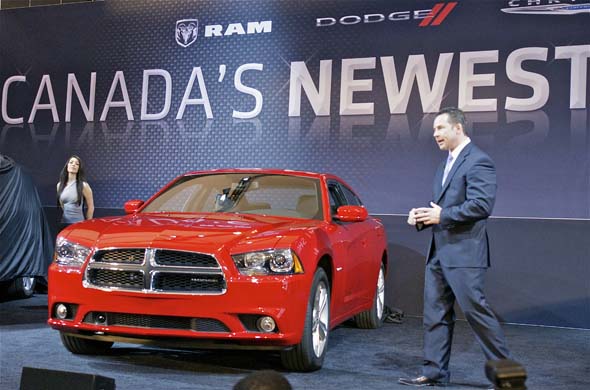 Canada's newest from Dodge was a bit of a snooze-fest, with little new to look at in design or innovation. This GMC concept car has got to be among the ugliest hunks of metal I've ever seen: 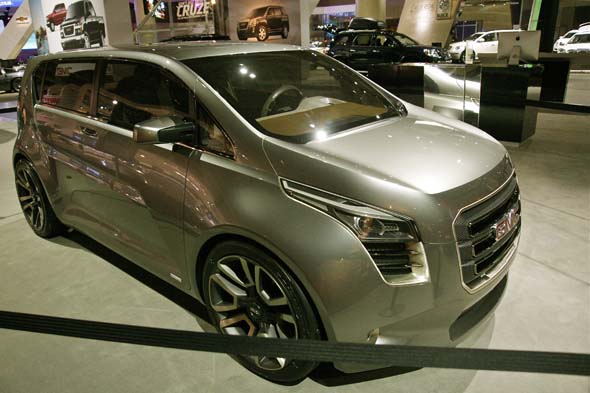 Fortunately, there were some smaller cars in the show that are more likely to be driven around a city like Toronto. Like the new Fiat, the all-wheel-drive Mini and the new 100-per-cent-electric Smart. 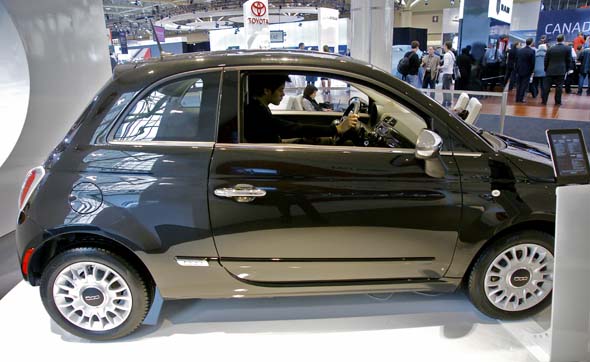 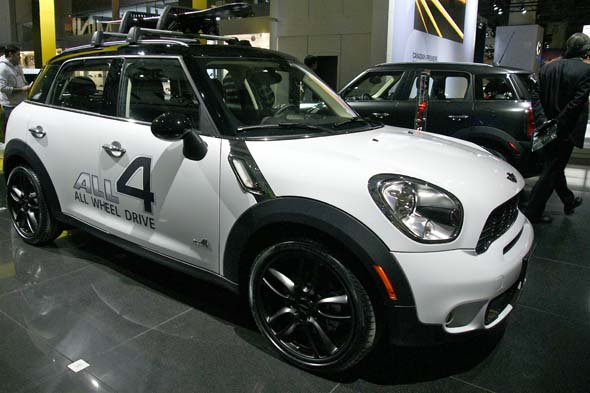 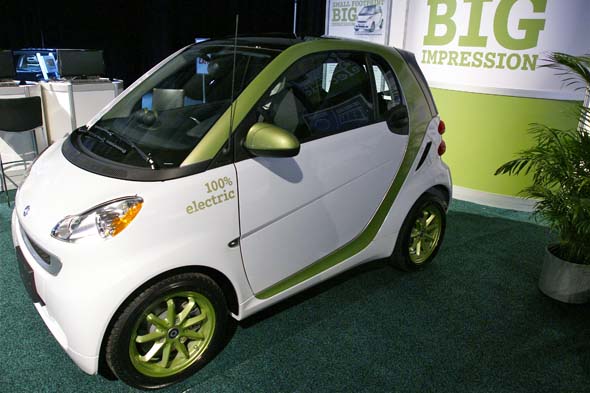 Chevrolet Canada will bring its 2012 Volt electric vehicle to market here this summer -- 29 months before going on sale in the US.The five-door, four-passenger Volt is designed to provide the benefits of an electric vehicle without the range limitations associated with other electric vehicles in the market. 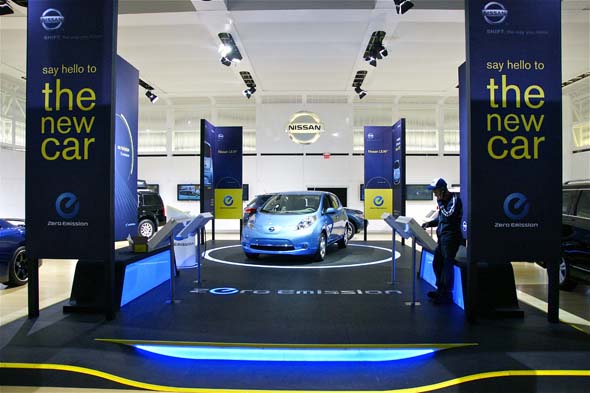 Nissan dedicated a great deal of floor space to their zero-emission Leaf electric car, which is starting to make ripples among environmentally conscious drivers. 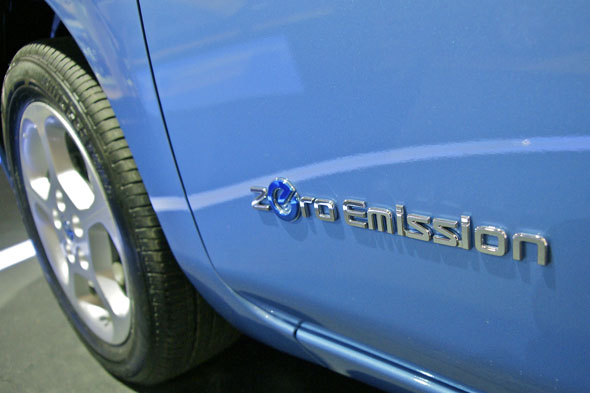 There was even a showing of a handful of two-wheel vehicles. But sadly no electric scooters to ogle. I was half expecting to see these sexy, new concept vehicles from from Mini and the hot Smart escooter unveiled at the 2010 Paris Auto Show. 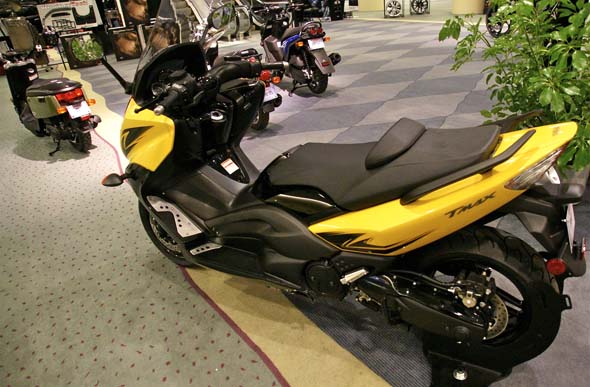 Kitt, from Knight Rider made an appearance, in all its 1982 charm. The Hoff would be proud.

The Auto Show once again is sprawled out among the north and south buildings at the MTCC. So if you go, expect to do a lot of walking -- something a lot of drivers may be reluctant to do. And expect to be bombarded by car ads wherever you turn. Even on escalators. 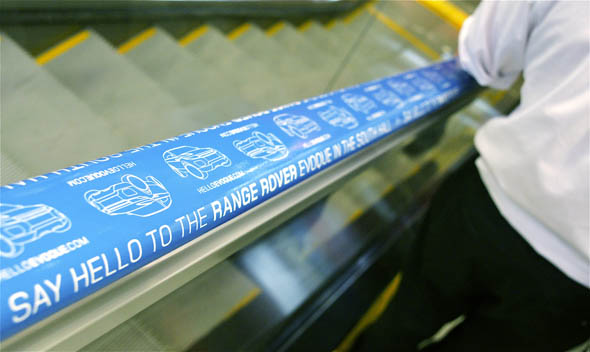 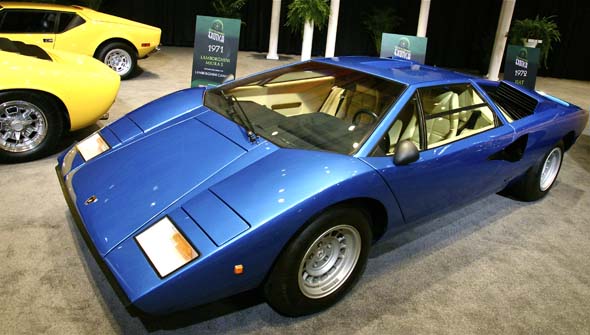 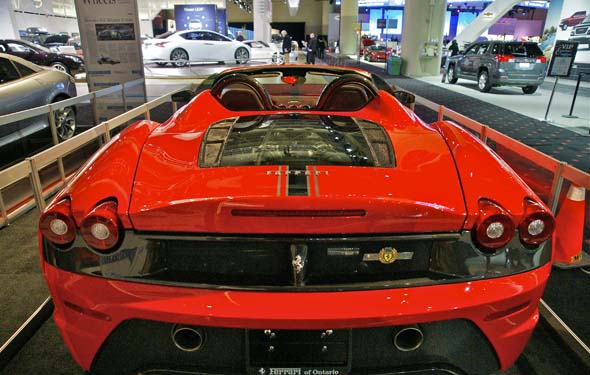 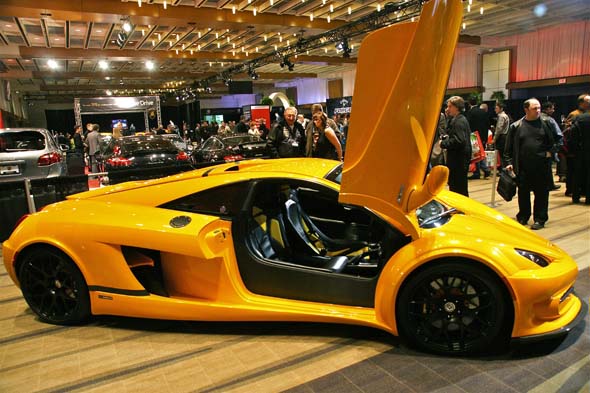 This baby blue Lotus could be every girl's dream car. If every girl dreamed of cars. 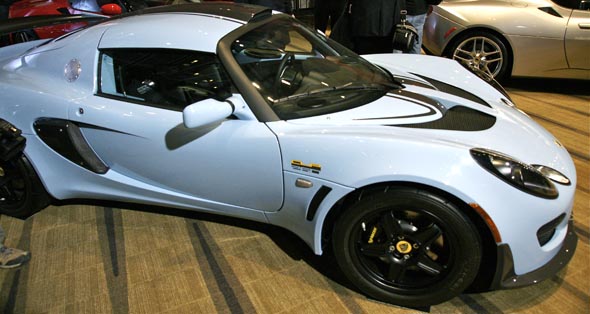 If opulence rode on four wheels, it would look something like this: 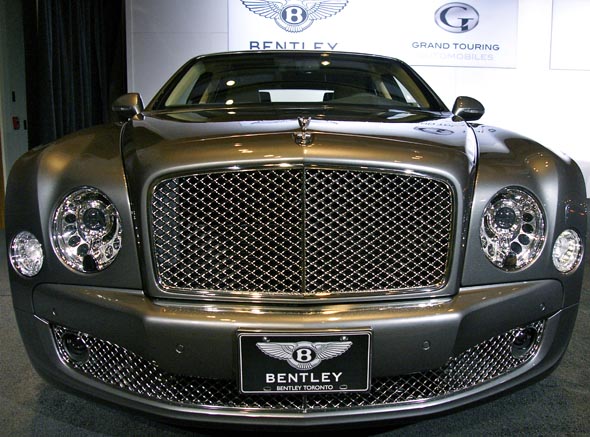 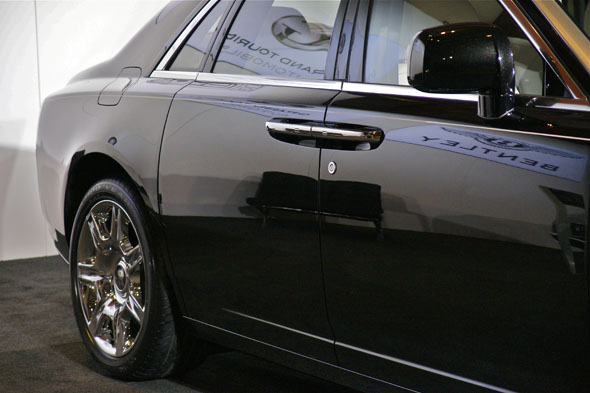 If I had a million dollars, I might be tempted to splurge on this Aston Martin, just so I could feel like James Bond. 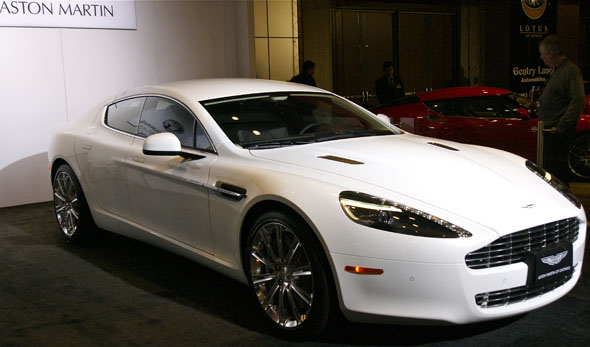