At around 1 p.m. today reports of gunshots brought police to Central Technical school at Harbord and Bathurst streets. Although it was quickly determined that no one had been hit with gunfire, officers did recover a shell casing shortly into their investigation. In an effort to protect students, the school was put on lockdown while police proceeded with their search for the perpetrators. 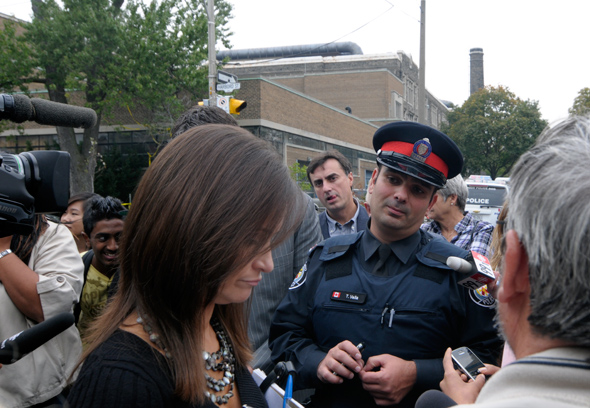 The lockdown remains in effect (as of 4:10 p.m.) while police continue to investigate areas of interest brought to their attention by video surveillance. I was in the area around the time that the news broke, so I remained on the scene in the hopes of gleaning further information. At around 3:30 Officer Tony Vella and Councillor Adam Vaughan both spoke to media, the highlights of which I've included below:

And the students have finally been released, after what must have been a harrowing afternoon. The third suspect remains at large.

Police apprehended the third suspect earlier tonight. No word has been released on whether or not charges have been laid at this time.

CityNews reports that "Officers took three suspects into custody. One has since been released and the other two are facing charges that aren't related to the shooting." Police are looking for at least one more suspect in connection with yesterday's gunshots. 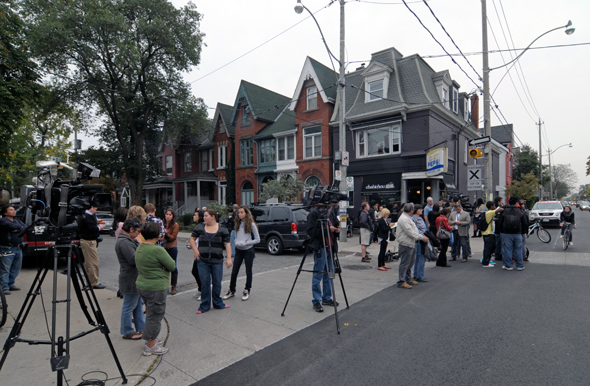 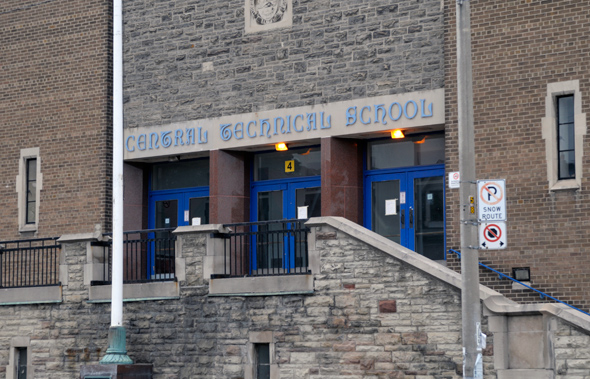