The Bell Lightbox and Festival Tower are major catalysts of the rapid change that the Entertainment District is undergoing. Envisioned as the home for the Toronto International Film Festival, the Bell Lightbox will also feature year-round programming and events.

Last year, blogTO took us inside the then half-completed building and gave us an idea of how the building will positively impact the arts community in Toronto.

But as the building approaches its completion, there are other questions that the building itself is raising. For instance, from an urban standpoint, does the Bell Lightbox and Festival Tower fit into its neighbourhood? 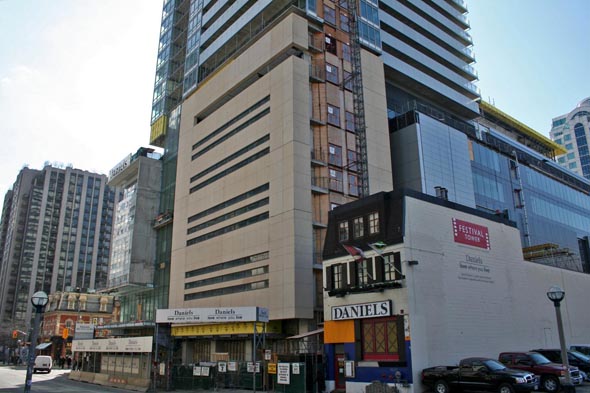 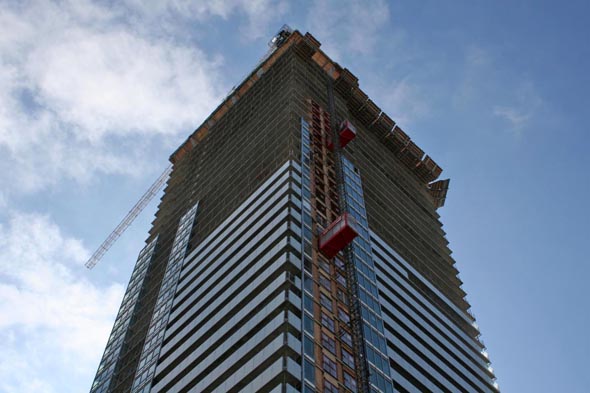 The podium is much taller than the 19th century buildings on the south side of the street, and the tower is much taller than anything else in the nearby vicinity. This may seem an academic concern, particularly in Toronto where so many different types of buildings sit side by side. But it does contradict some of the planning principles that the city holds to be important

And while nearby developments face enormous scrutiny in the planning process, the Lightbox, because of its important economic and artistic impact, never received the opposition that, for example, Theatre Park is receiving. This is despite the fact that Theatre Park aims to create public space, is designed by a well-respected architect, and has a bigger setback than the Lightbox. 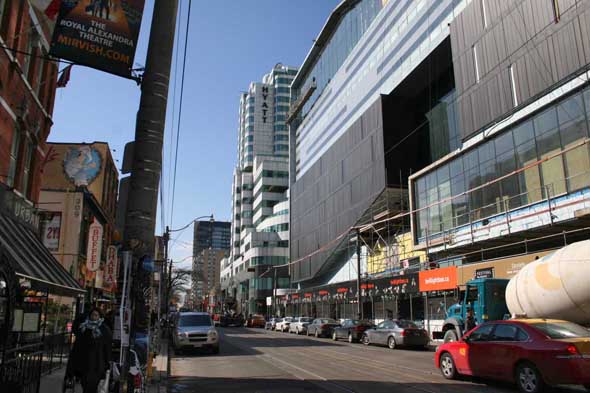 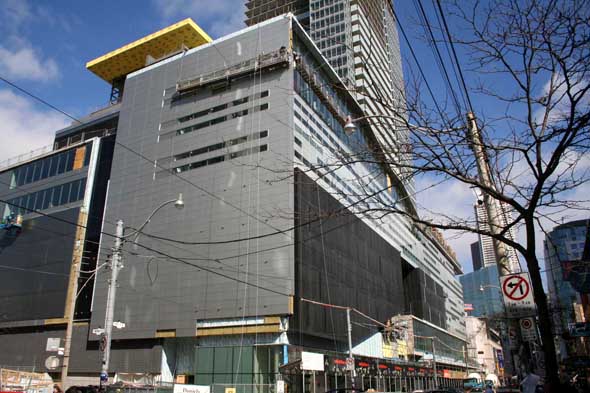 The result is that developers in the area feel that there are no real development guidelines, only the wishes of politicians and the local ratepayers. As Christopher Hume points out, "As it stands, each project seems to be considered in a kind of regulatory vacuum, a one-off, as if it existed in isolation from the rest of the city."

The result is that many projects end up at the Ontario Municipal Board, where developments are judged in terms of precedent, rather than aesthetic or design merit. And the effect of Lightbox on the planning process for the neighbourhood is pronounced: it is giving the OMB precedent to approve buildings of 30+ storeys up and down King Street, like M5V Life Condos. The approval of Theatre Park might be next. 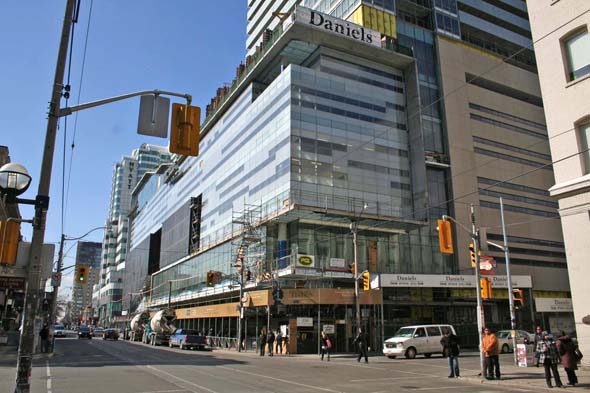 There is no doubt that the Lightbox will provide a great home for TIFF, and for movie-lovers. But has the city shot itself in the foot - planning-wise - by allowing the Lightbox to be built here?