Recalling A Year of Abandonments

In preparation for another exciting year of exploration and photography, I thought I'd take a quick look back at some of my (and your!) favourite spots that I've featured over the past year.

Part of the motivation for writing this weekly series on the forgotten spaces in and around the city is to illustrate the importance of the past. I have tried to show these unseen places as hidden gems, which, in their unexpected beauty, reveal their twofold function as a site of cultural memory. Not only are they a living embodiment of socio-cultural recollection, but they also provide a model -- indeed, a blueprint -- for proper redevelopment.

The photography of abandoned spaces is not new: the exciting and introspective project of creating an urban archive has been going on for decades. And as the remarkable pace of urban development quickens, this project becomes all the more vital.

Through my research and photography -- especially in this past year -- I have been in contact with individuals and groups who have given me an even greater appreciation for derelict spaces. Through the Willowbank School of Restoration Arts, for instance, I learned how important the documentation of unseen spaces really is.

Before my experiences at Willowbank, I had always thought of my photographs as a kind of dead end, a valedictory portrait of times that had already vanished. The Willowbank school, however, has taught me that such photographs can actually be the beginning of a wonderful (and necessary) process of urban and cultural redevelopment.

With redevelopment in mind, what better a location to commence than a reformatory... 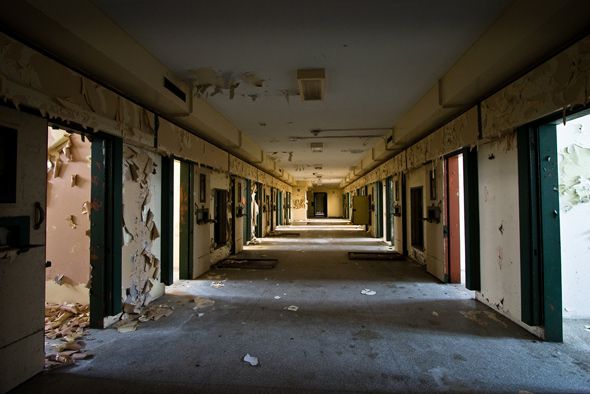 One of the first major abandoned sites I was able to visit this past year (albeit on the coldest day), was a beautiful prison just east of Toronto. 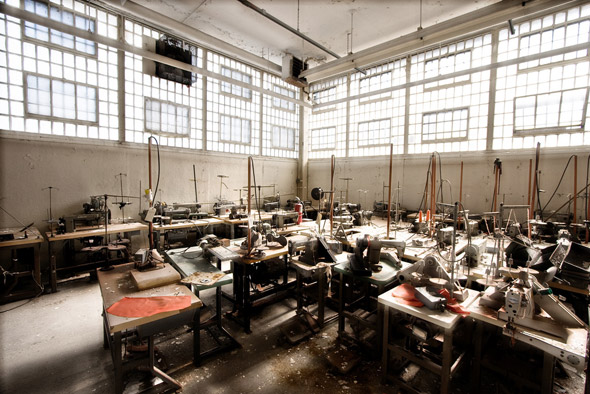 I also visited several derelict hotels, some of which were in shambles, no more than hollowed remains of previous selves. 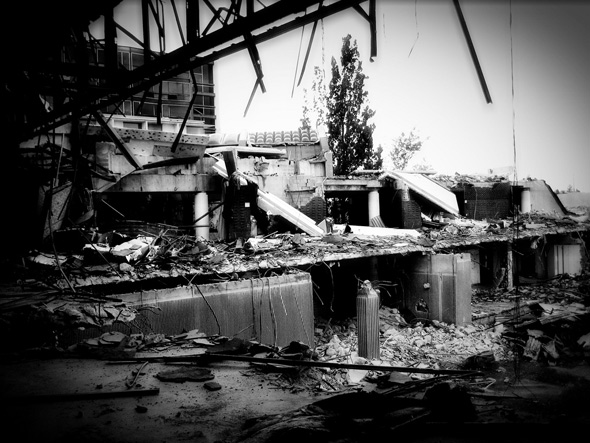 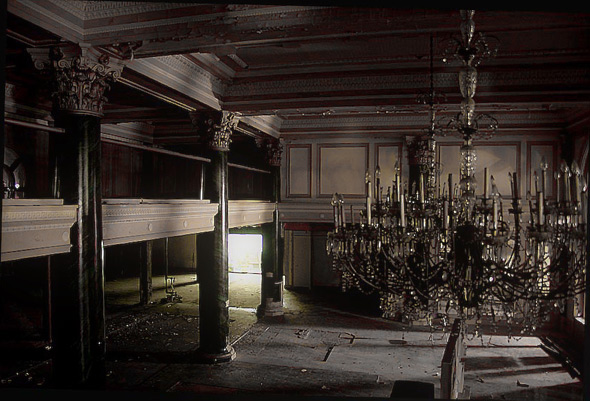 I received many e-mails about one site in particular which was actually brought to my attention by a blogTO 'Morning Brew' commenter -- the remains of former Nazi POW Camp 30. 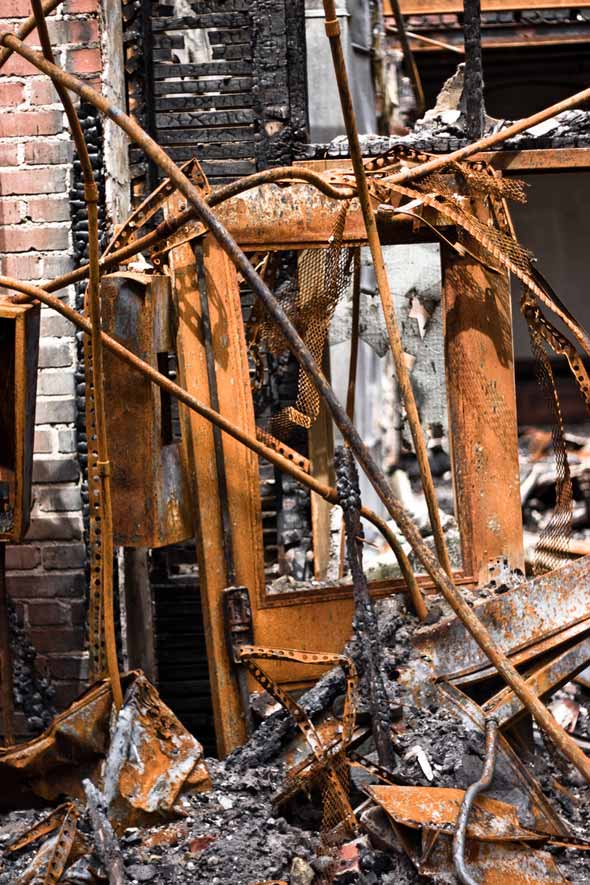 A regional heritage worker requested several of my images from the POW Camp to aid in its preservation. Sadly, the site has deteriorated even since my last sojourn there. 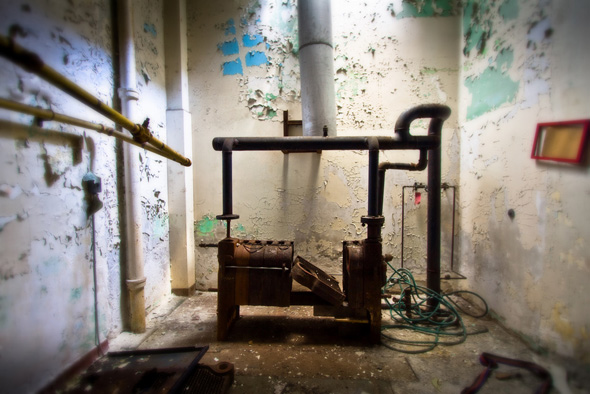 As much as I love the ability to stretch my legs, at it were, at larger locations, smaller landmarks still amaze me. One of these was Ringwood Manor. 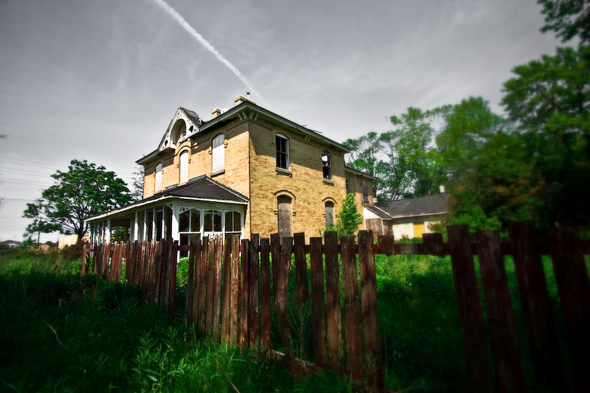 And the ruins of the Barber Paper Mill... 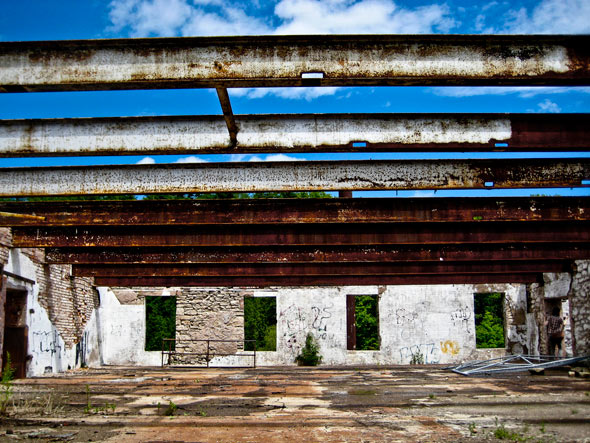 Even sites that are for the most part inaccessible, such as the Cheltenham Brickworks, I find tremendously beautiful... 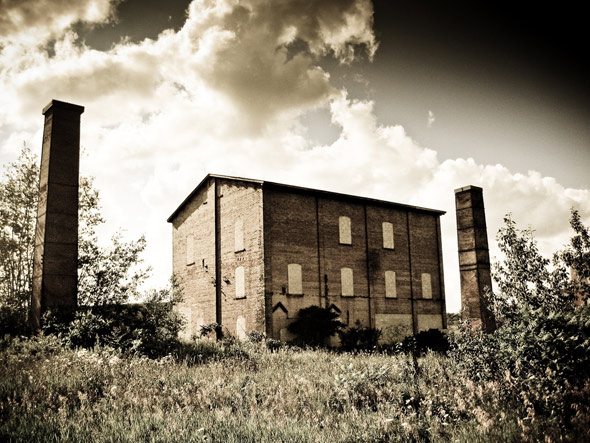 Some locations required a bit more planning, such as those up north... 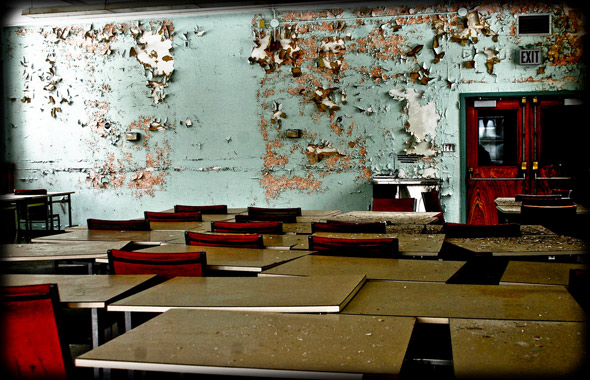 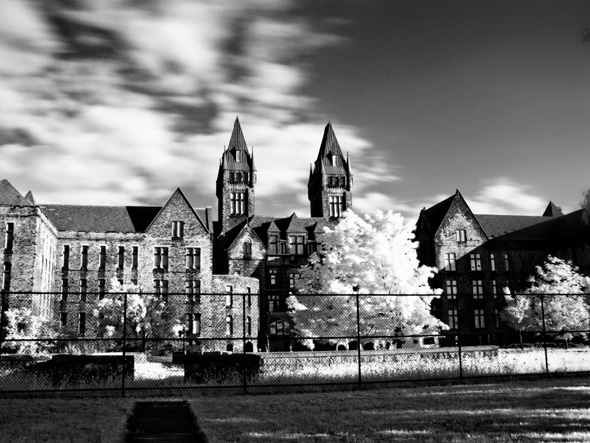 I also had the chance this year to re-visit some spaces I had documented in years past, yet didn't manage to get around to in a while. 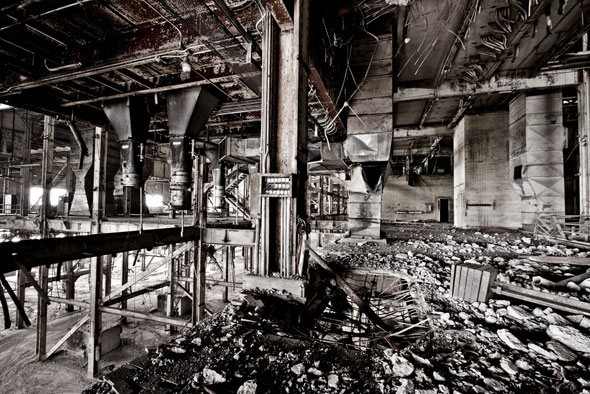 I even discovered some new locations which were right under my nose all along, such as the George Street houses. 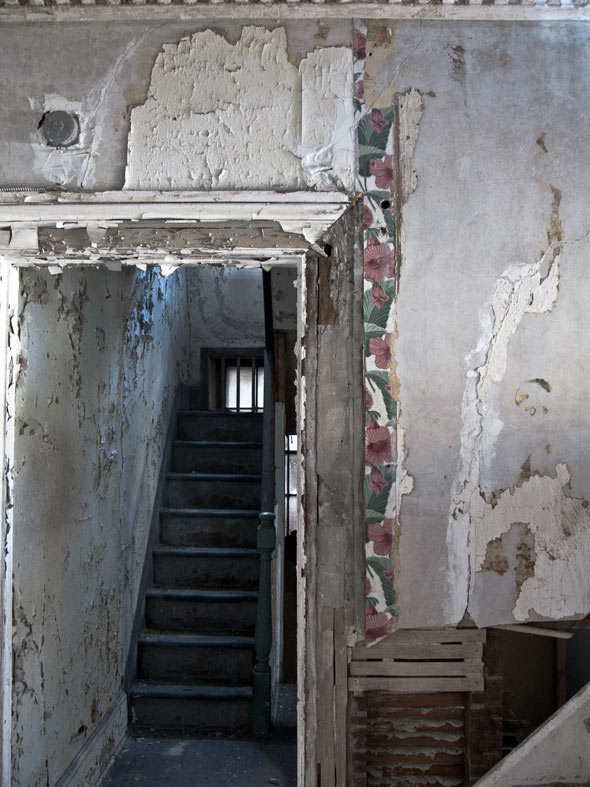 Unfortunately, 2009 also saw the death of one of my favorite spots in downtown Toronto: Christ Church -- St. James. The bizarre tale of its charred remains was only outdone by its silent beauty. 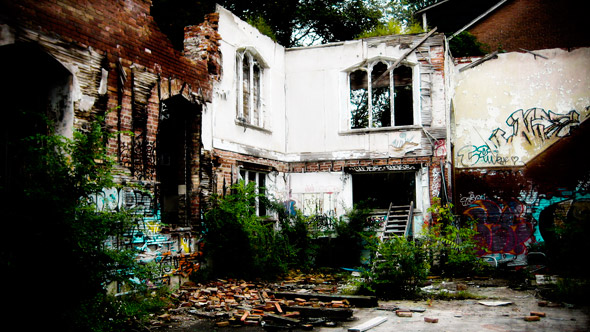 The legends and lore behind these strange and forgotten facades is always at the whim of the interpreter, who creates personal memories for him or herself. I choose photography as the most complete form of "memory" in this regard, and through these strange memories, find impetus to move forward.

As the seemingly blind violence of nature and poor decision-making continues to haunt those places I have visited, and those I have not yet met, I hold onto the photograph as a mirror reflecting both the scars of the places themselves, as well as my own. In all of these endeavours, the mystery of the photograph is always a singular one: how can something that reveals so much still hold so much back? 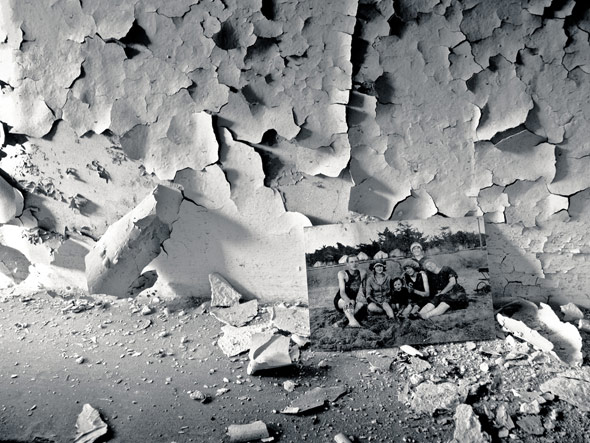 (To see and read more about these individual locations, simply click the hyperlinks in the article. To see more of my abandoned photography, I have a section of it on my own website here.)