It took an entire day, but the Great Sorauren Pumpkin Patch is no more. Starting at 7:30 this morning, seven men loaded five trucks with pumpkins left in the park on Saturday night. The combined weight, equivalent to about eight tonnes, will be taken to a City of Toronto compost facility tomorrow morning. Pumpkins are heavy, slimy, and after at least a week left out in the air, kinda smelly, so I didn't envy the men as they threw jack-o'-lantern after jack-o'-lantern into the truck. And though it may be faint, I thank you for the long day of lifting and throwing... after all, those pumpkins made for one spectacular evening. 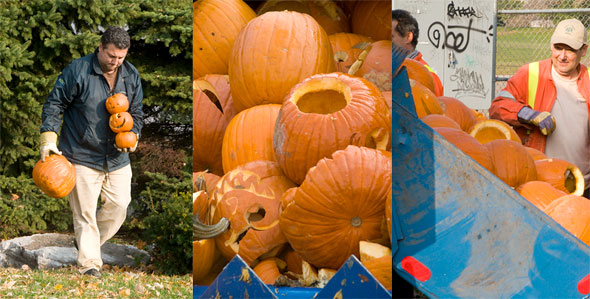 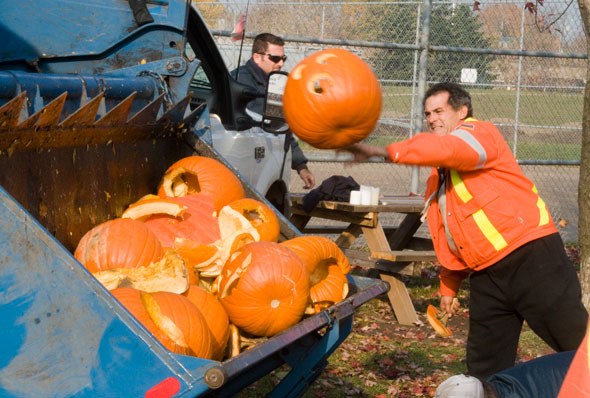 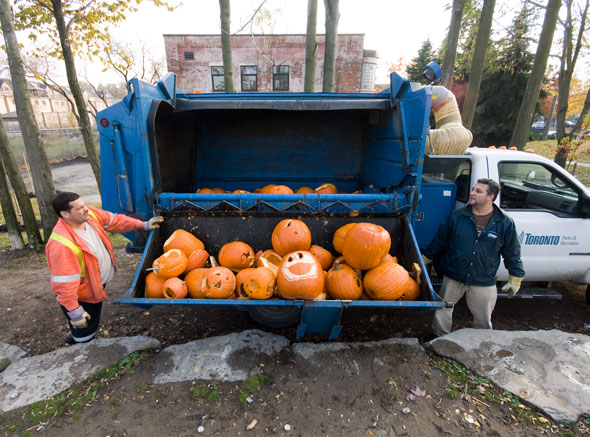 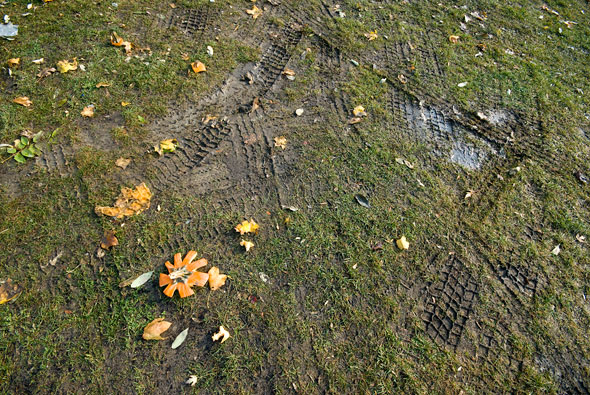