Go Lounge is Parkdale's very own board game cafe.

UPDATE:Go Lounge is no longer operating as a cafe. It now has a liquor license and is operating as a bar only. This listing has been marked closed because we have moved it to our Bars section here /

Opened just yesterday to much, much community anticipation, this new spot squeaked in right before the Parkdale moratorium on new restaurants and bars landed, unveiling itself to offer 300+ games, plus panini, coffee, and best of all: table availability. 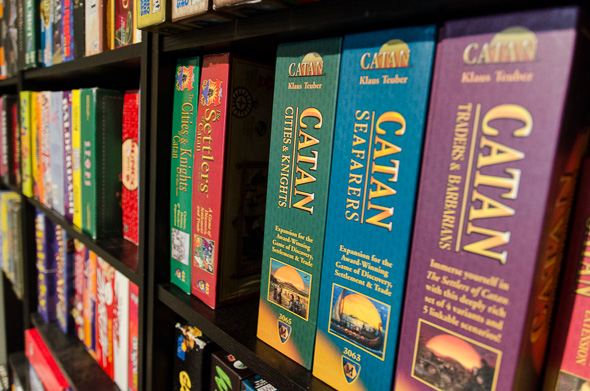 As much as I love Snakes and Lattes (and I really love Snakes and Lattes), the caveat always seems to be that if I want to drop by during a busy time, I better prepare for a wait. Granted, Go Lounge is only in its first week (plus I came by during the day on a Tuesday), but the availability of tables seemed in stark contrast to what you'll find in the Annex . And enticing to those who abhor a line. 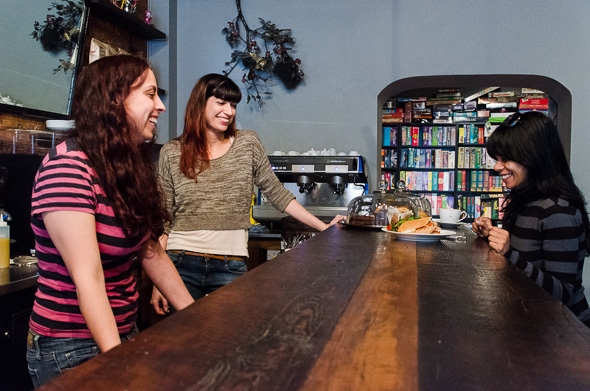 Alisa Sadler and Samantha Lerner are the two women behind the shop, both of whom abandoned their former positions to venture out to open this cafe. "We really liked the idea of Snakes and Lattes," Alisa admits, leaning up against the bar. "But we wanted to

do something different; something that wouldn't necessarily be in competition." 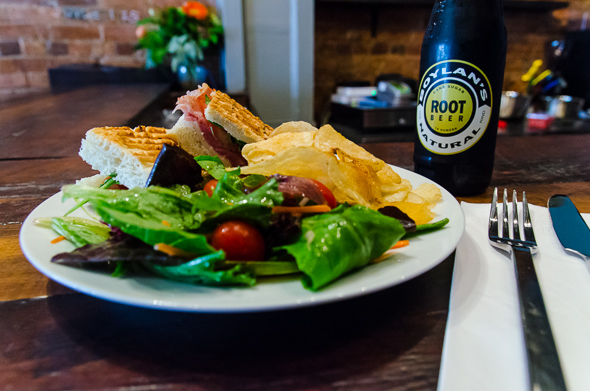 For that reason, the women initially looked to the east end ( Leslieville , in particular) for a spot for their new cafe, but decided on Parkdale when this specific space became available. "It just felt really cosy," Samantha says. "And we've got traffic from both Queen and Roncesvalles , and a little more activity during the day." 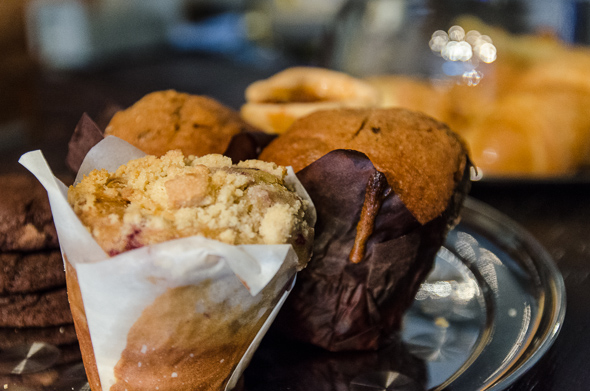 The space certainly has a cosy vibe with warm exposed brick, salvaged wood, and glowing hanging lamps. The tables have been specifically designed in size for optimal game-play, and the back nook area seems perfect for a small group. To drink, Go offers coffee made with Detour espresso, plus teas, pop, and juices, and Circles and Squares bites on the side. The cafe also features panini specials including brie, pear and walnut ($7.00), and turkey, gouda and avocado ($8.00), which come with kettle chips or a salad on the side. (Update: They now also have a liquor license) 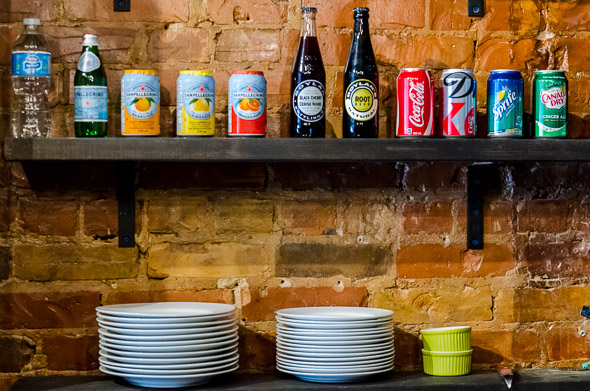 Unlike Snakes and Lattes, Go Lounge will not be charging cover. "We're a little more intimate, more casual," Samantha says, noting that their collection of games is considerably smaller than at Snakes and Lattes. "It's not only about the games; you can just come here and hang out." 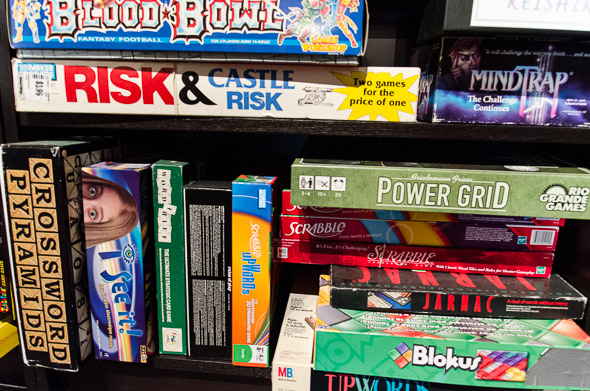 The women admit the don't know how to play all of the games that they have in stock, but expect that they'll learn the ins and outs of each within a few weeks time. Their collection includes your classic games (Monopoly, Life, Scrabble), party games (Trivial Pursuit, Pictionary, Taboo), strategy games (Catan games), and kids' games. I even spot a vintage Bop It (and immediately get that awful '90s commercial song stuck in my head) on a shelf. 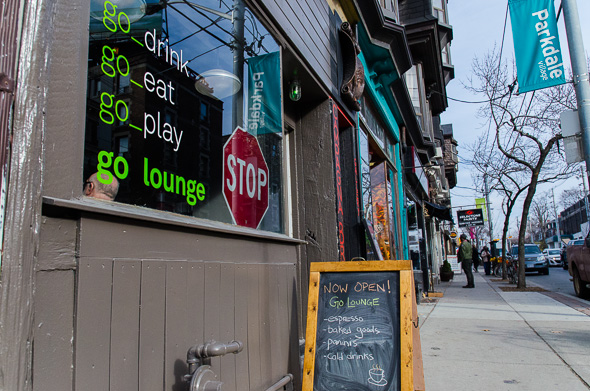 Go Lounge also has a classic Twister board, and if you stop by the cafe before word really gets out, you might actually find room to play it.