The Silver Snail has been a staple in Toronto's comic arts and hobbyist community for decades. From its comfortable Queen West location, it served as a go-to place for fans and collectors in Toronto. This month marks a big moment in the store's history as it moved to a location near Yonge and Dundas two weeks ago. 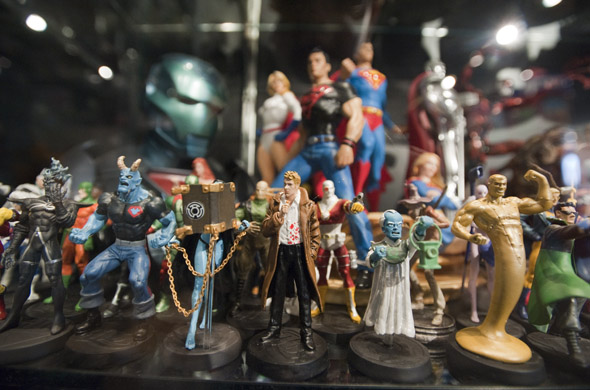 Silver Snail's new home sits at 329 Yonge Street, just above the HMV. Hanging over the steps to the new store is a statue of Marvel's Spiderman in his classic costume. Creeping over his body, however, is the black alien symbiote whose presence would hail what would be known as an iconic era in the character's long history. This alone is very telling, as it represents the store's change and transformation, marking the dawn of a new age and a new Silver Snail. 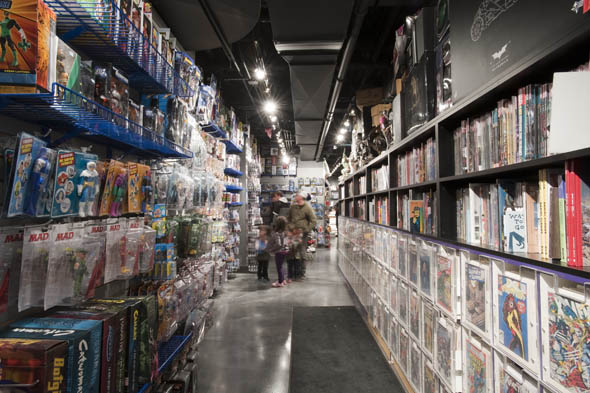 And the store has changed. The first thing visitors will notice is the scale. Hallways are wider to accommodate more customers and the racks are higher to store more products. The clothing section has been spaced out so that shirts of different makes and sizes are on display, adding room for hats, props and masks. Tall stacks of single issues and graphic novels sit in a long row that splits the store in half. 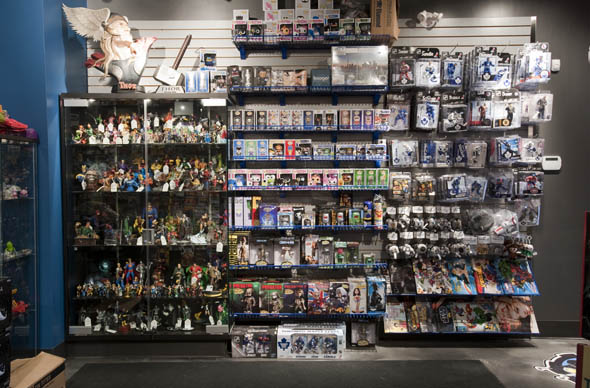 The games section has been given extra attention in the back, with the card games, board games and tabletop RPG rulebooks neatly arranged. A long table sits in the centre where game nights for Dungeons and Dragons and other RPGs are held. Word from the staff is that they are also planning on expanding the basement section to host more RPGs and Warhammer sessions. This area also has a public washroom, something the old location lacked. 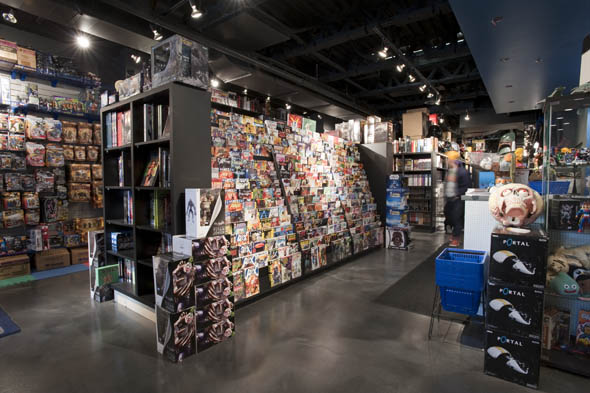 Near the front, hidden behind the stacks of plush toys and Tintin books, is a section specifically for young fans. Parents and children can sit down at a small table adorned with assorted merchandise. Kid-friendly toys, comics and activity books tower over the area and by the table sits a bucket full of action figures and dolls for children to play with. 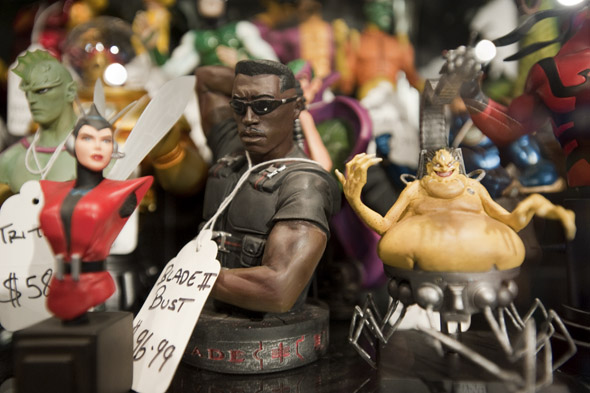 Speaking of which, there are also more action figures, figurines and collectables than what was exhibited at the original location. According to staff member Toby Orr, many of their products were stored deep within the old Silver Snail's basement. With their new location, however, they could afford to spread their wares around more freely. 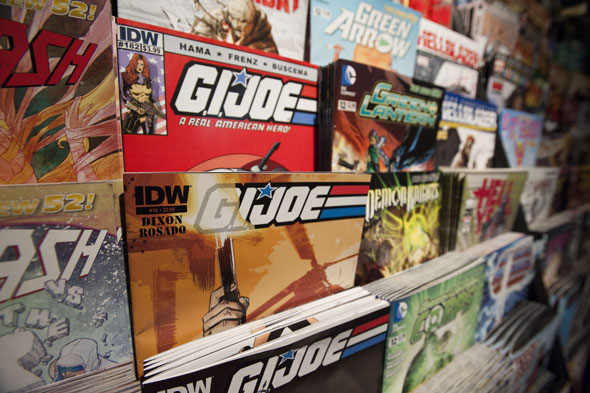 There's even an in-store cafe, a satellite location for The Black Canary Espresso Bar . Patrons now have a place to buy drinks, sit down and read their purchases at the tables and window-side counter seats of this restful corner. The section is overseen by life-sized Batman and Spiderman statues, and an illustration of DC's popular superhero Black Canary, provided by comic artist Calvin Law, adorns the counter. 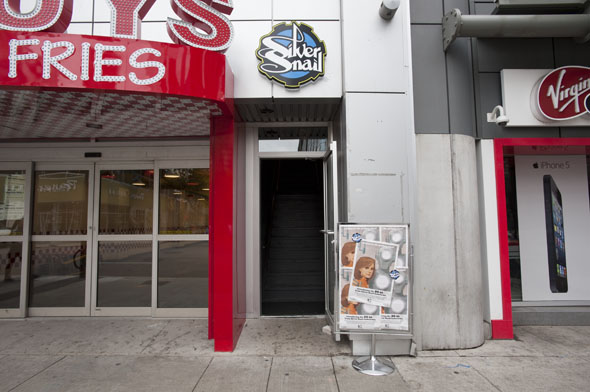 Overall, this shiny new Silver Snail has roosted well into the centre of the city. Its great blue sign above the windows should serve as a beacon for fans and customers old and new. Now bigger and only a half-block away from Dundas station, it should continue to be the main location for hobbyists that it has been for years.