Opened in 1987, Excalibur Comics has survived the ups and downs of the comic book industry and remains in it's modest original location a half block West of Royal York subway station. Nestled under the extended wing of the marquee on the now closed Kingsway Cinema , I always thought it had to be one of the smallest stores in the city. Intimate and organized, the 20x20 interior of the store held my attention for hours as a kid and with fond memories I returned to review it's survival years later. 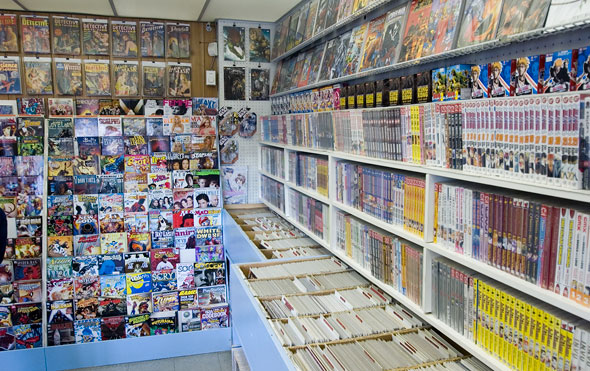 Stepping back into Excalibur earlier this week was a rush of pleasant, geek-suppressed memories. I use to stop in every other week to pick up a new selection of comics when I was in high school. On the surface not much has changed in 12 years since I've been in the store, the same owner was behind the counter and the layout was pretty much exactly the same. 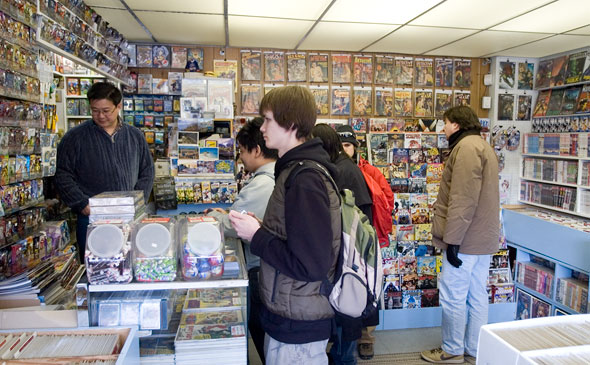 Beneath the surface, of course, a lot had changed. Not only had an entire second floor had been added, increasing their size by approximately 600% (and so it's definitely not one of the smallest stores in the city any longer), but so had the comic book industry and his customers, impacting what he sells and at how much. Comics are now selling at US cover prices and collectable card games like Pokemon and Yu-Gi-Oh! have kept him in business. I talked with owner Robert Chin about his store and the changes he has seen over the years. 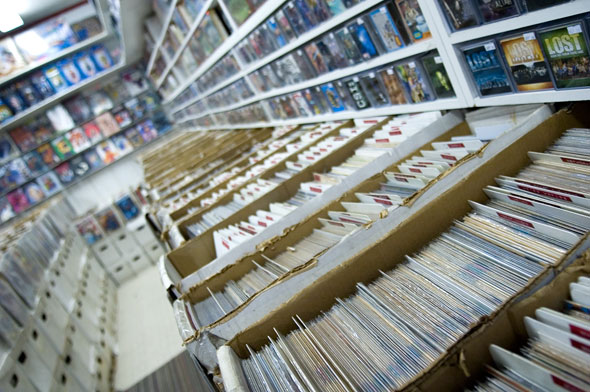 Robert described how comics were huge in the late 80s and early 90s when Excalibur Comics opened (1987). The industry's major players were printing over 2 million copies of their biggest titles and speculators were snapping up multiple copies of first edition issues in hopes of raising prices. Price guides affirmed the quick increase and comics were hot, both as an "investment" and, led by a new breed of writers and artists, as a medium.

Nowadays, even the most popular titles rarely print over 100,000 copies. 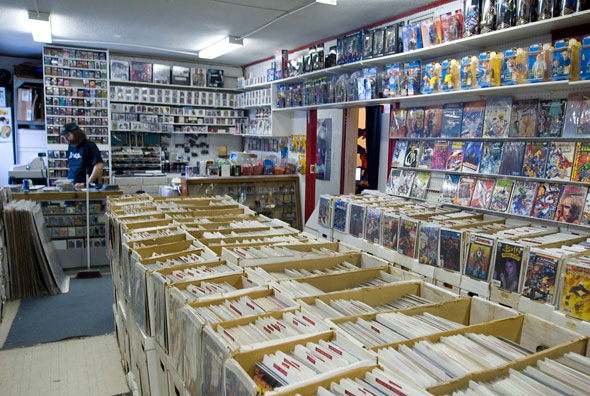 Robert Chin notes that in the late 90s there was a dramatic decrease in disposable income and business really began to decline. He was going to shut down 8-10 years ago and only the appearance of Pokemon , Magic , and later, Yu-Gi-Oh! cards kept him from closing. 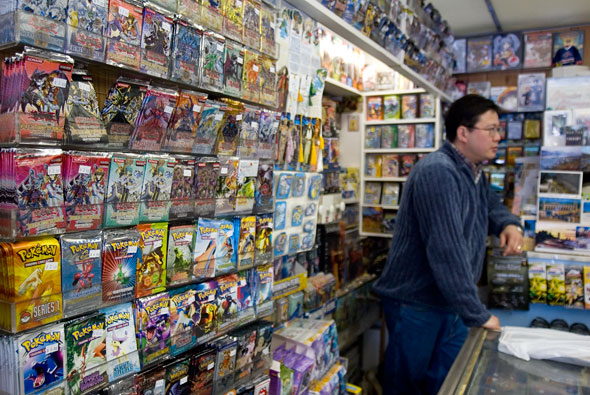 In talking about comic books, Robert Chin explained, "Kids don't read the books anymore, the go right for the cards. I have a whole store of books and they won't even look at them, pick them up or flip through them."

Still, there is a core group of about 100 people pick up their comics every week he noted, older readers who've been fans of comics for years.

A store like Excalibur Comics thrives on community and a friendly owner. In the 30 minutes I was in the store a small handful of regulars came and engaged in the what is clearly weekly rituals of chatting, looking through books or cards and purchasing.

The small size does have it's draw backs as space for new titles is definitely limited and turning with a backpack can be challenging. Still, the main floor's huge window to Bloor St. keeps the stores atmosphere bright and cheerful, unlike the typical florescent-lighted dungeons of most comic stores (and not unlike the second floor at Excalibur). 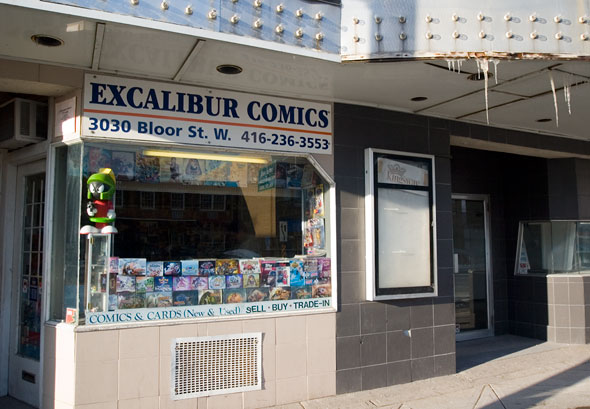