A couple of weeks ago I posted an interview with photographer Caitlin Cronenberg about her new book of nude photos. It seems that some took exception to this post and accused me (or rather, the site) of only feigning interest in the book because of the author's last name. Not true.

But to hopefully placate some of the critics out there today's interview is with an author most people probably have never heard of. She doesn't have a famous last name, she does her own PR and she just self-published a photo book called The Hogtown Project featuring her writing and the photos of her friend Kristie Macor.

Here's my Q&A with first time published author Nadine Dolly. Her book is currently for sale for $49.95.

What's different about the Hogtown Project than other books written about Toronto?

Are you suggesting that other books about Toronto aren't written by people who live in or know the city well?

No. [This book] provides an insider's view of what it's like to live and play in the city featuring the little hidden gems that many may not know about, or some of the homegrown artists or musicians who have turned their passion into a career.

What are two or three of the hidden gems you feature in the book?

One of my favourite hidden gems, in terms of neighbourhoods would have to be Wychwood Park. It's like a little oasis in the middle of the city. I'm sure that some have ventured there before, but I do know many who have never been there before.

In terms of people - checking out the Pillow Fight League was a lot of fun. I never knew it existed before and watching a PFL match was a really good time.

Discovering the interesting things people do for a living or the cool little places you never knew were there made creating this book a lot like backpacking in our own city. The best part for me was meeting new and interesting people each week. 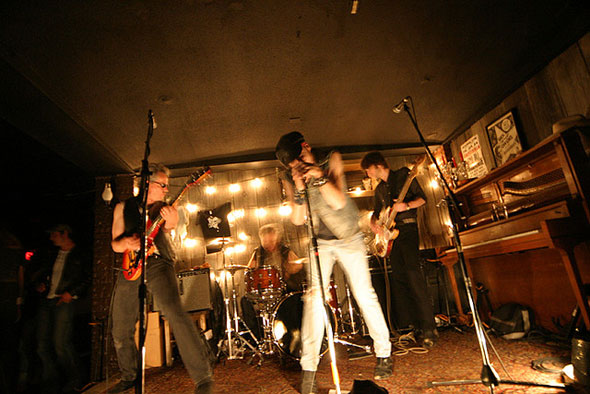 Who's the book for?

Our initial intention was to create a book for Torontonians - providing a platform for them to discover their city from a new point of view. But we also feel that it's a great book for tourists who may never have known about where to find Little India or of course Kensington Market - so it could appeal to tourists as well.

Why did you self publish the book instead of trying to get a publishing house on board?

We were very determined to keep the vision of the book our own. We felt that if we approached publishing houses we would be forced into a situation where we would have to compromise either on content or our overall vision. Given the effort we put in collecting the content and putting it together we didn't want to take that chance.

Why did you think they'd try to compromise your vision or content?

Well, I suppose that we wanted to keep a very open mind about content- include features on burlesque and other content that might be considered risque - and we thought perhaps traditional publishing houses would be on the conservative side and may not be ok with some of the content selected. 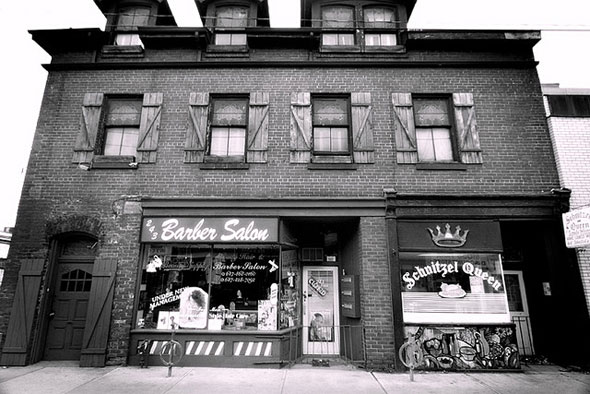 Aside from gathering the photos and writing, what were the key steps you went through to get this published?

We went through an extensive editing and design process - which took over a year alone. We met with several print shops and approached several agencies regarding funding - not having much luck with that process. Finally we did find a print shop that was within a price range we could afford - an oversees print shop, which took over 2 months to finally get our order. That process did not go very smoothly at all, but we made it through and finally after 3 years of work, we had our long awaited launch party two Fridays ago at The Gladstone.

What print shop did you use?

How many copies did you print? 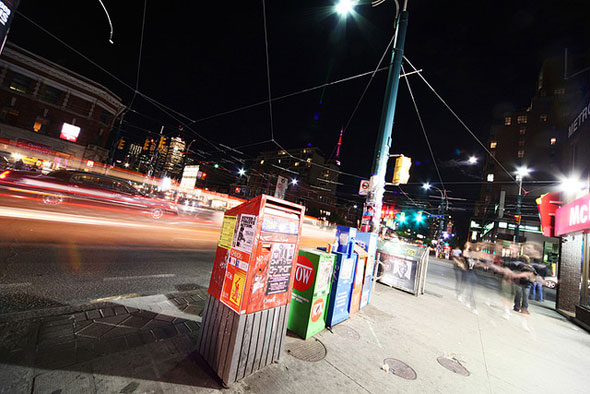 Where can someone buy a copy?

At the Book City in the Annex, The Gladstone Hotel - and by the end of the month it will be available at additional locations - we will be updating our website as the list of distributors grows.

Has it been difficult to get bookstores to carry it?

Not so far - but it really is hard doing all the leg work yourself - this is where a publishing house would come in handy - as we both have full time jobs and we're doing this on the side. So not only did we make the book we now have to do all the marketing, distribution and promotion.

What other bookstores have committed to carrying it?

We're actually going to be setting up some agreements with some of the places featured in the book - like Bulldog Coffee or Allen's on the Danforth. We will be approaching more independent bookstores, but our book will also be available in "non traditional" venues.

Will you be selling it online - either on sites like Amazon or on your own web site?

We will be selling it online through our website - it will be set up with Paypal next week. 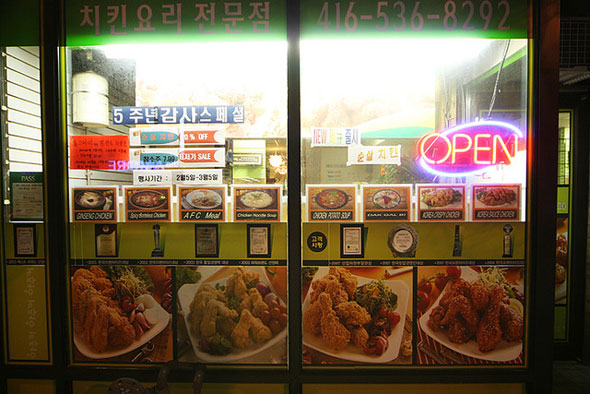 What are you working on next?

I'm working on creating a book about festivals around the world and also work on an appetizer cookbook - both totally different than Hogtown Project but will be just as fun I'm sure.