Bar Stray is a spot where motorcycle enthusiasts and cocktail lovers alike can come together for buck-a-shuck oysters and a free game of pool.

Taking over an old print shop, the bar's concept combines the grungey world of bikers with tapas dishes to create a comfortable bar that works for everyone. 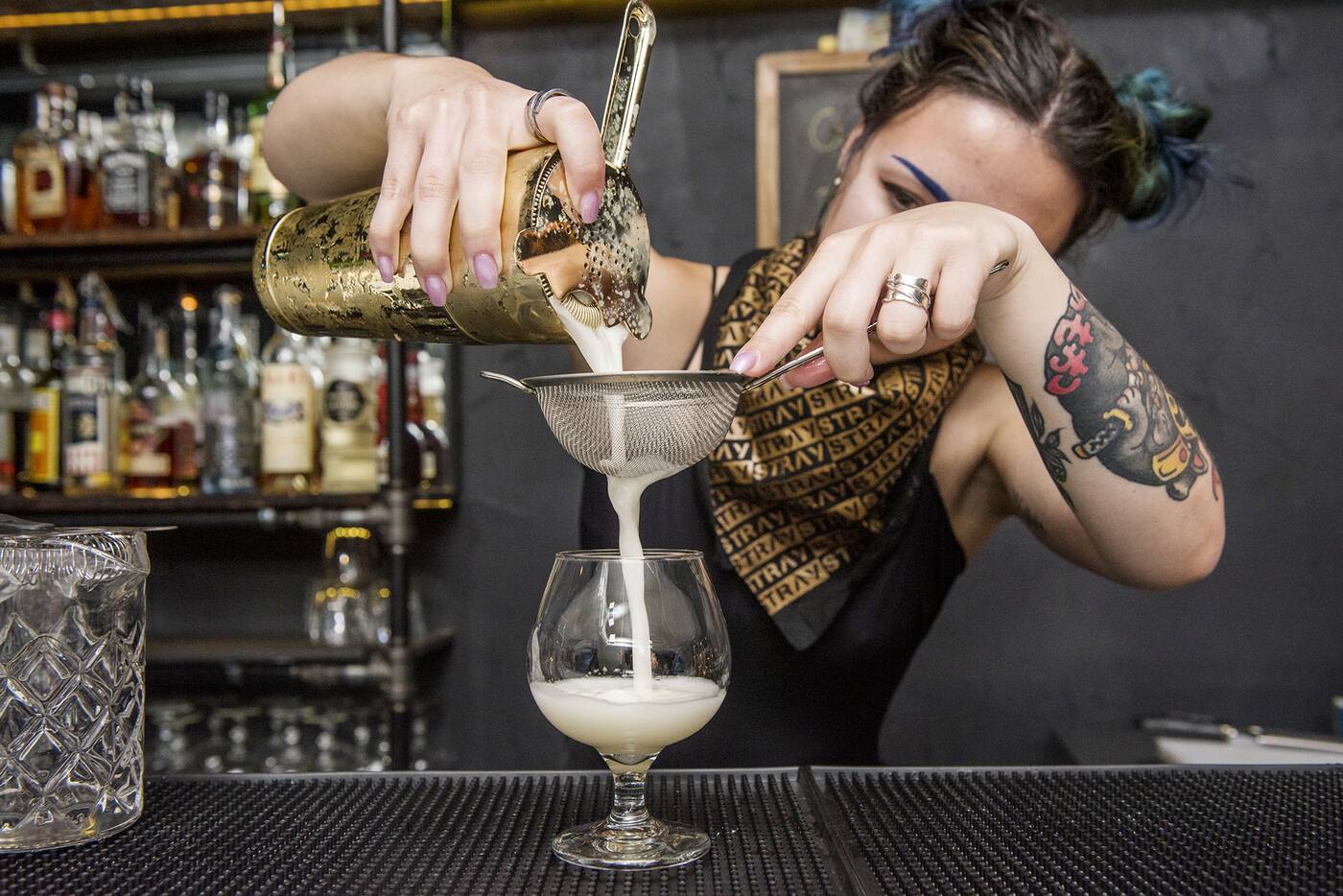 Narrow and dimly-lit, Bar Stray has a kind of local watering hole vibe with a few elevated features, including a cocktail menu that favours whisky and a menu of refined snacks. 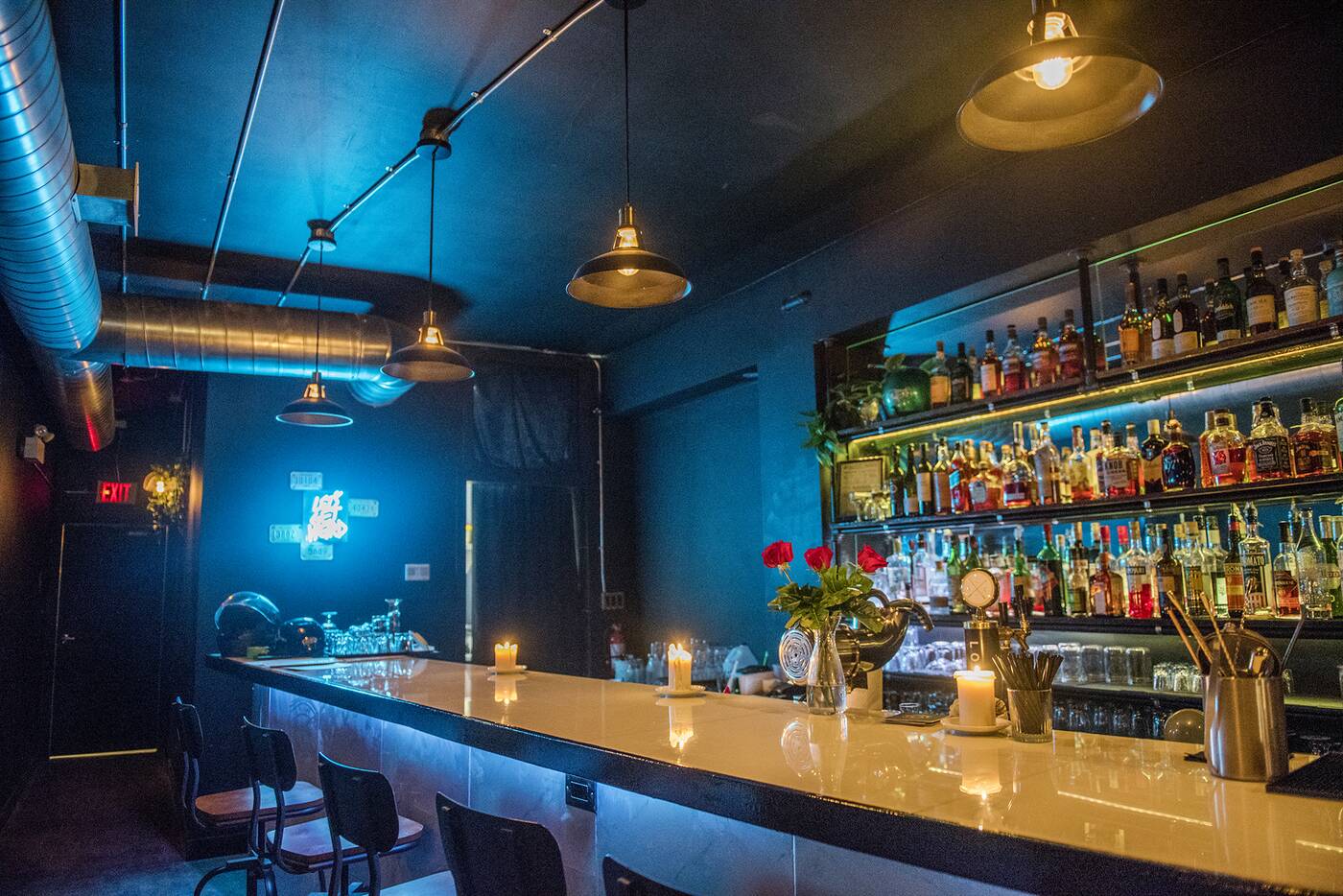 Owner Irina Rotar is a bike enthusiast who's been riding since 2009. Wanting to create a space where bikers could feel at home, she's decked out the space with reclaimed Toronto wood and, most notably, a Yamaha motorcycle in the window courtesy of PowersportsTO. 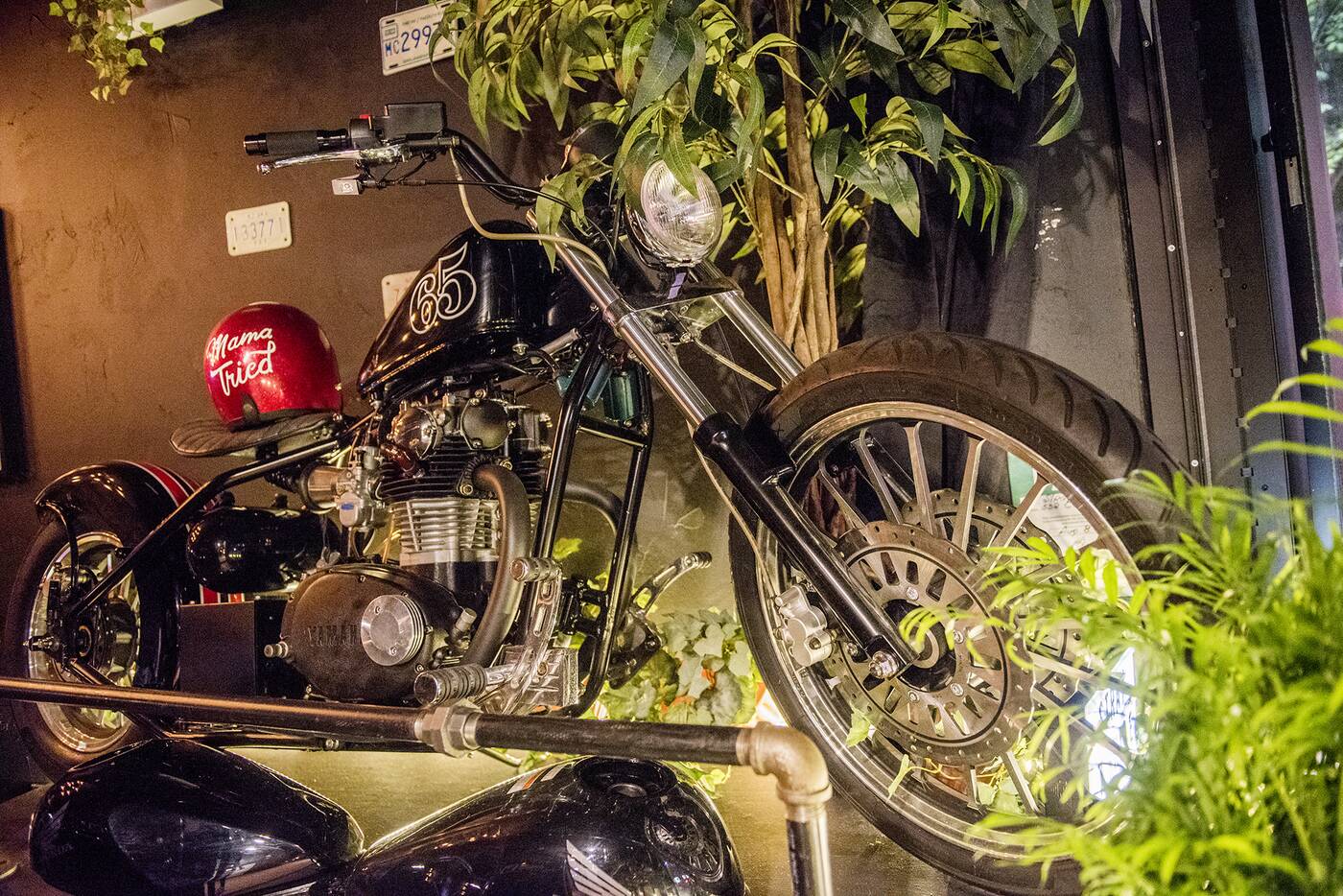 Aside from the hulking bike, the main attraction of the space is the sturdy pool table in the bar that's free to play: a rare commodity in the city. 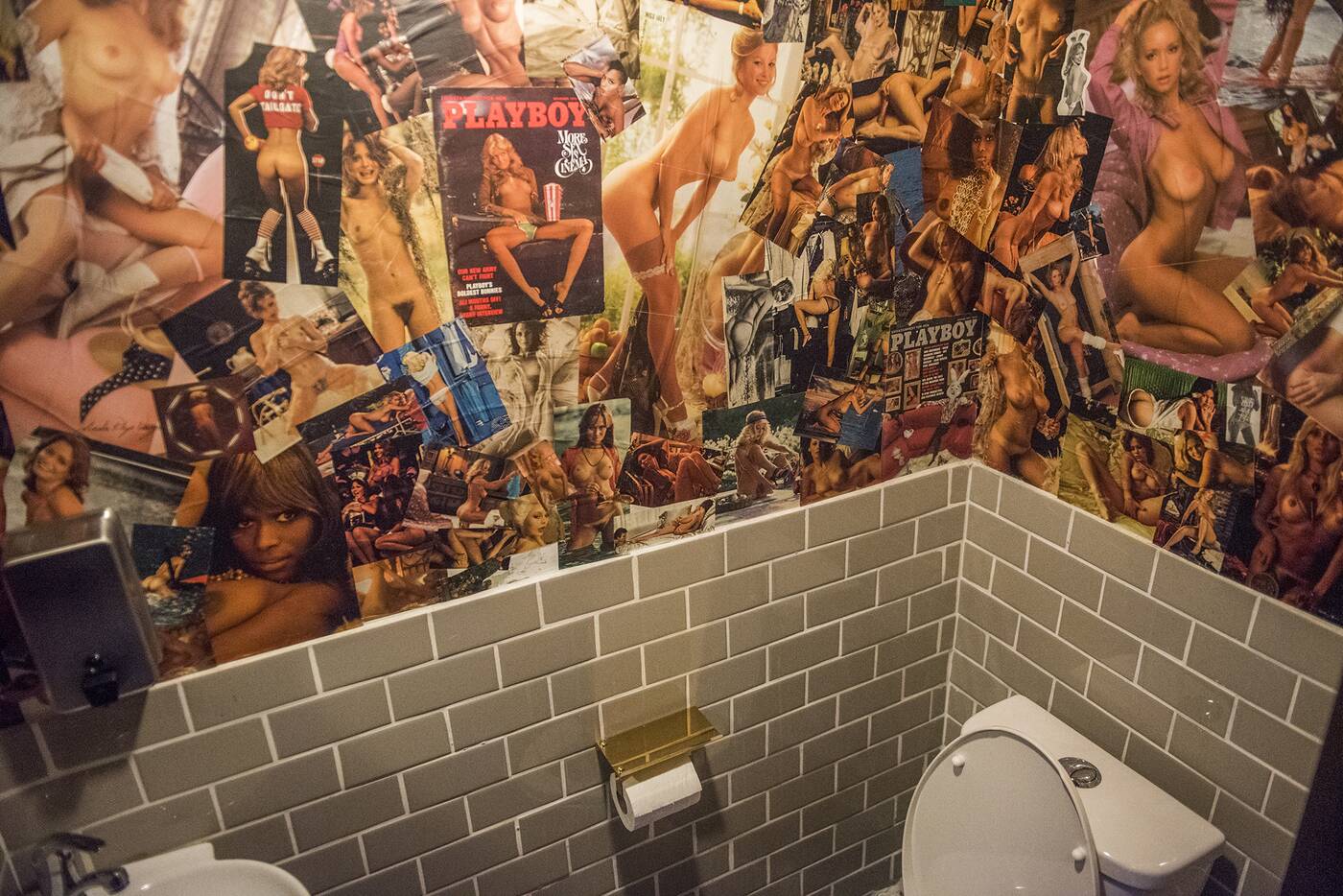 Washrooms downstairs are themed, including one decked out with the quintessential bunnies by local artist POSER himself, and a stimulating one covered in Playboy nudes. 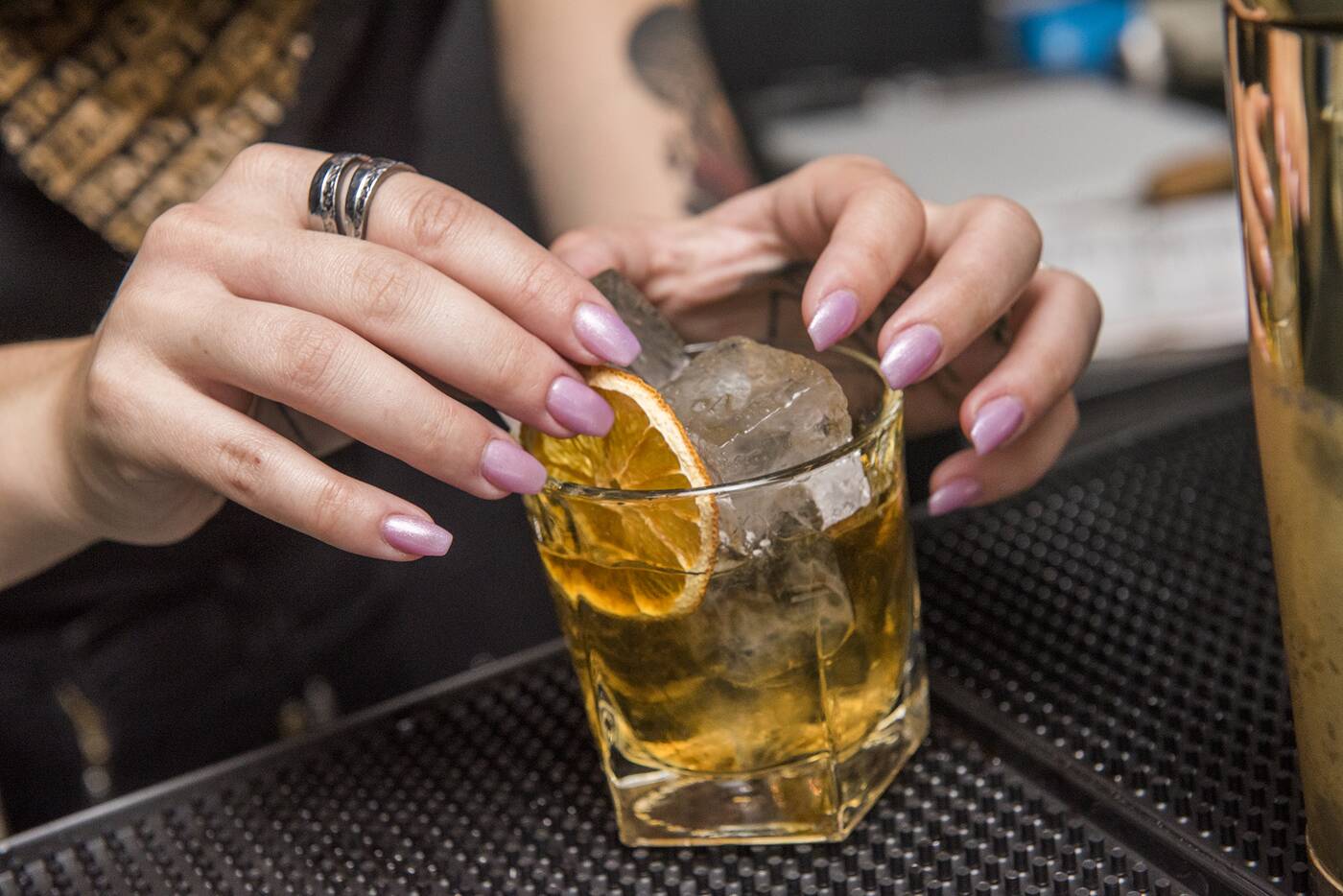 The drinks list here is definitely more extensive than the food menu. There's beer on tap from Collective Arts, Lost Craft and Blood Brothers ranging from $7.50 to $8. When it comes to cocktails, the menu is separated into classics and the bar's own twists on traditional drinks. 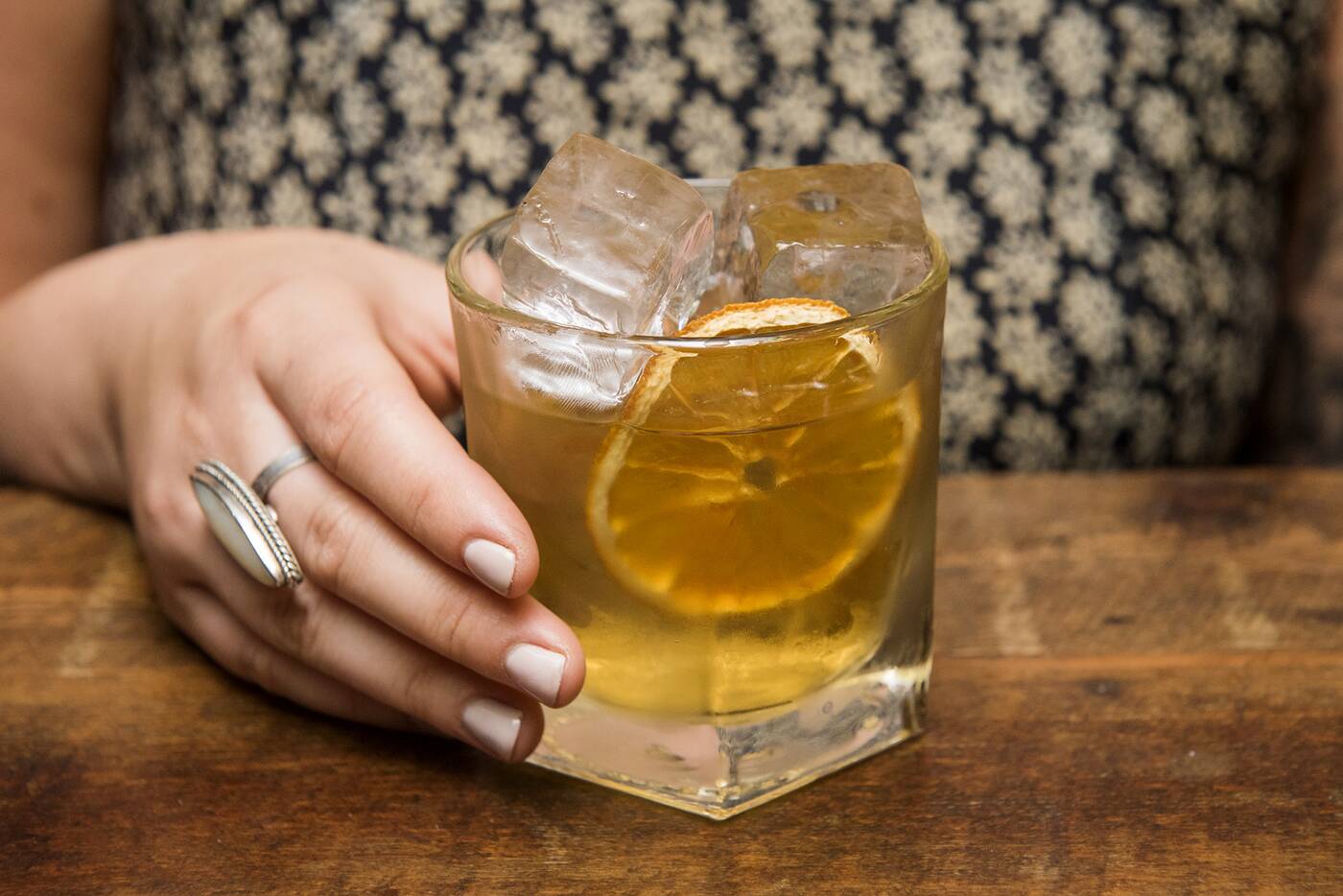 The Joe Frazier ($15) is a popular order, made with Makers Mark bourbon, Bowmore single malt, and mole bitters. 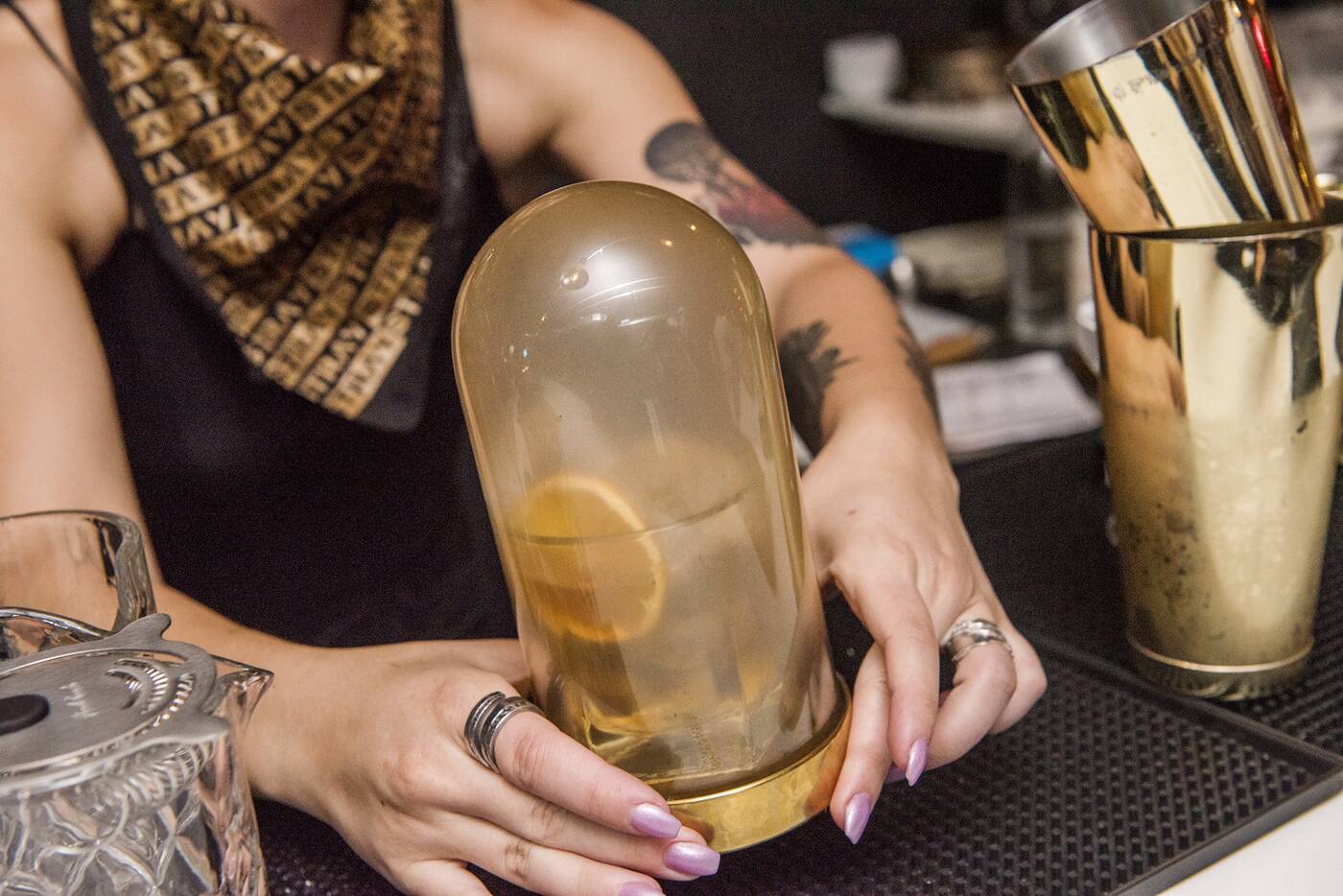 Named after the American boxer Smokin' Joe, the drink is aptly set in a glass dome filled with burning cinnamon to give it that strong, smokey flavour. 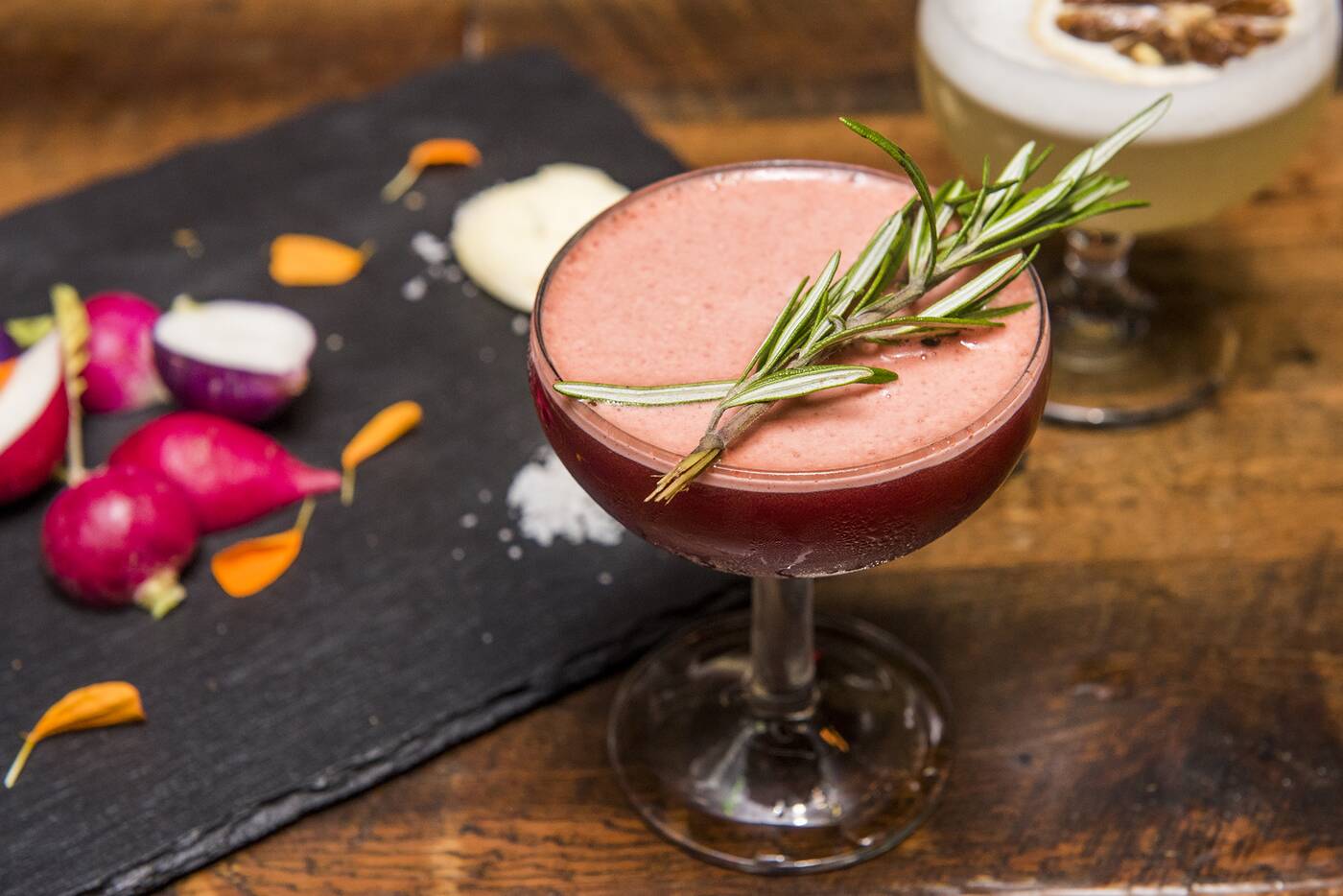 Drop The Beat ($14) is boozed up with Té Bheag whisky, beetroot, cacao, and ginger for a rosemary-topped drink that's so potent it's almost medicinal, but absolutely perfect for beet lovers. 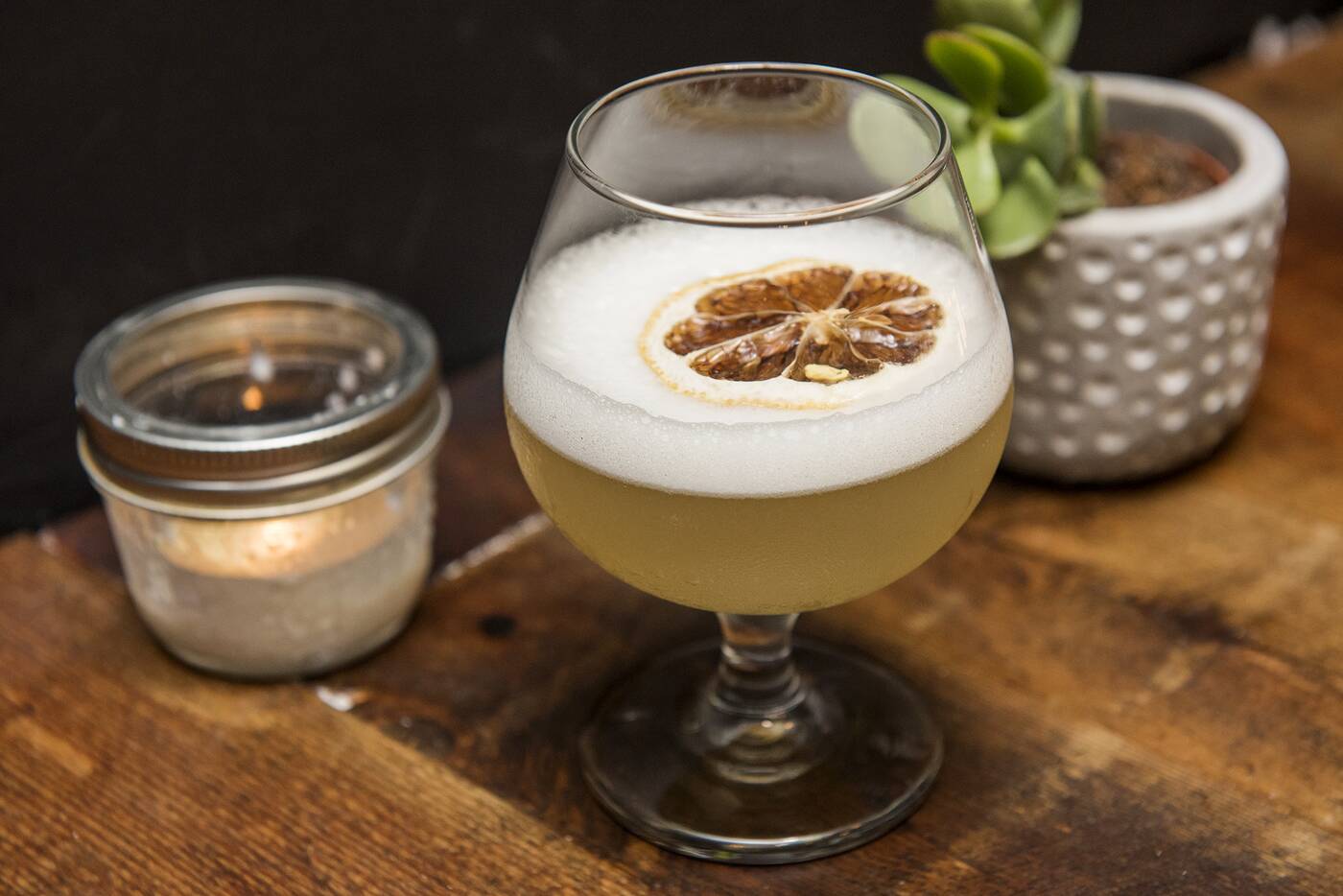 In The Cloud ($13) uses beer, specifically Imperial I.P.A. though the brew will change with time, with gin, aquafaba and rhubarb for a drink that's strong, yet easy to down. 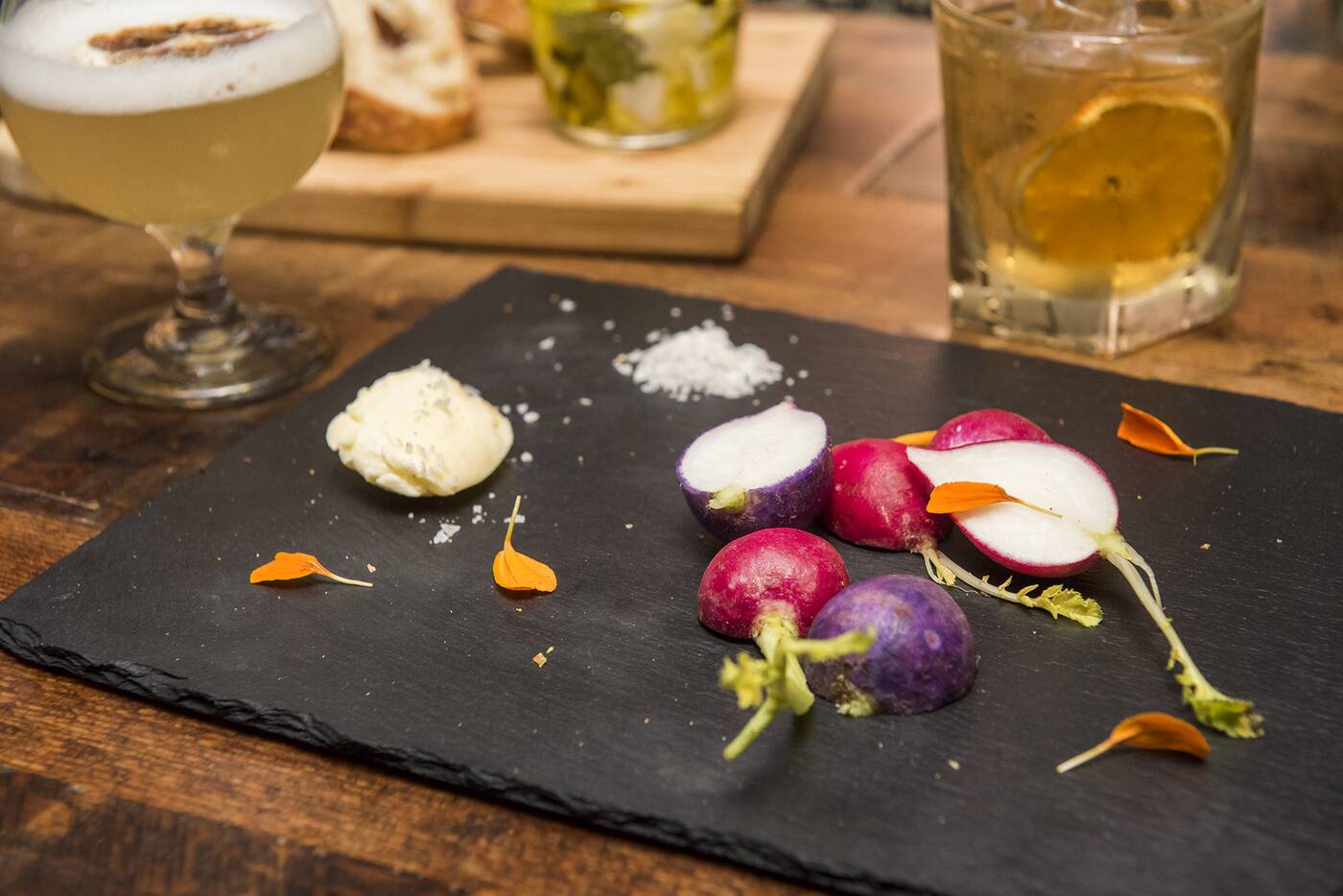 To go with your meal, you have the option of tiny dishes like edamame ($5.95) or a refreshing platter of raw radishes ($5.95), which are served with whipped butter and sea salt flakes. 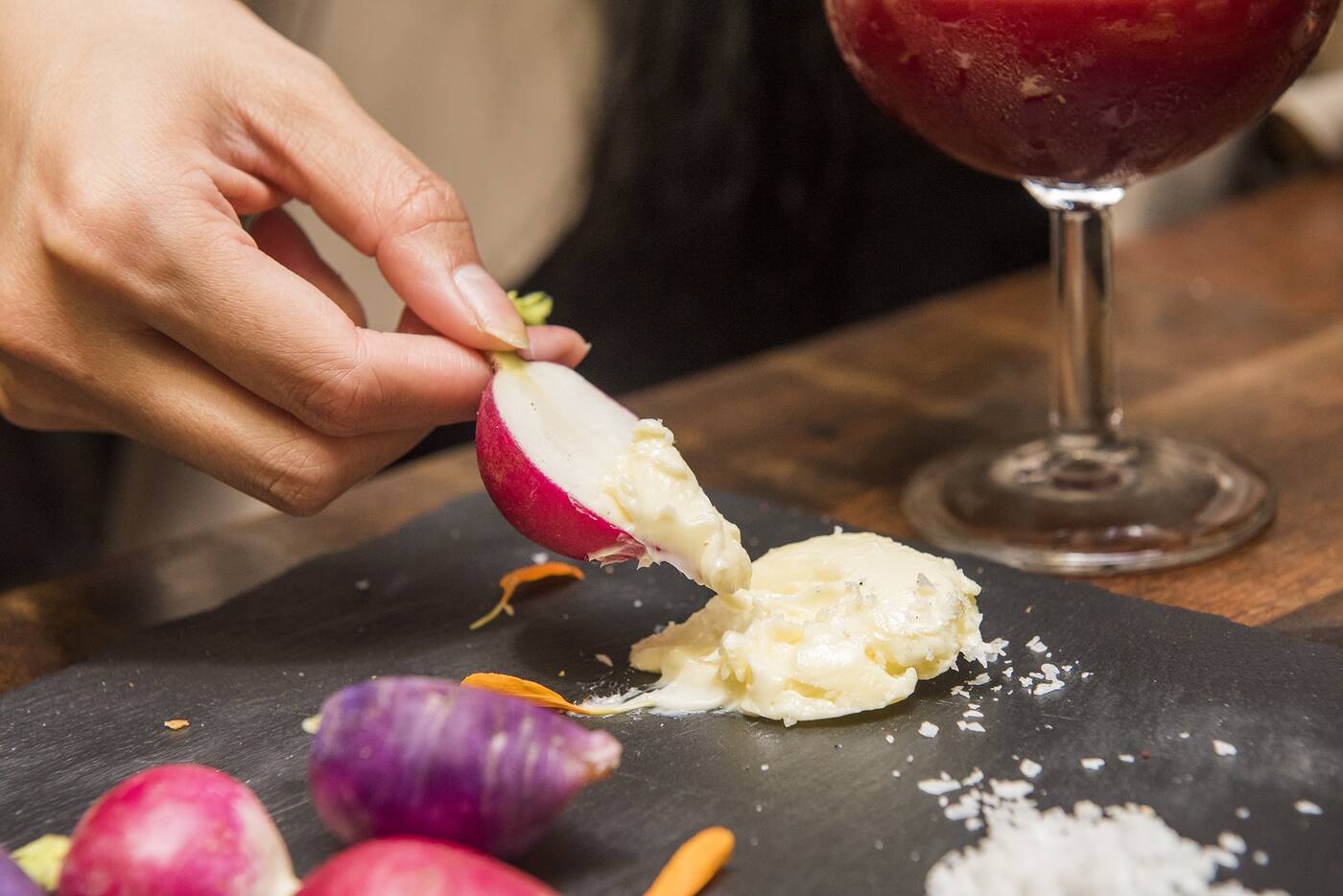 It's a surprisingly delicious combo, with the creaminess of the butter offsetting the acidity of the beet, which is rendered far less spicy and strong than usual. 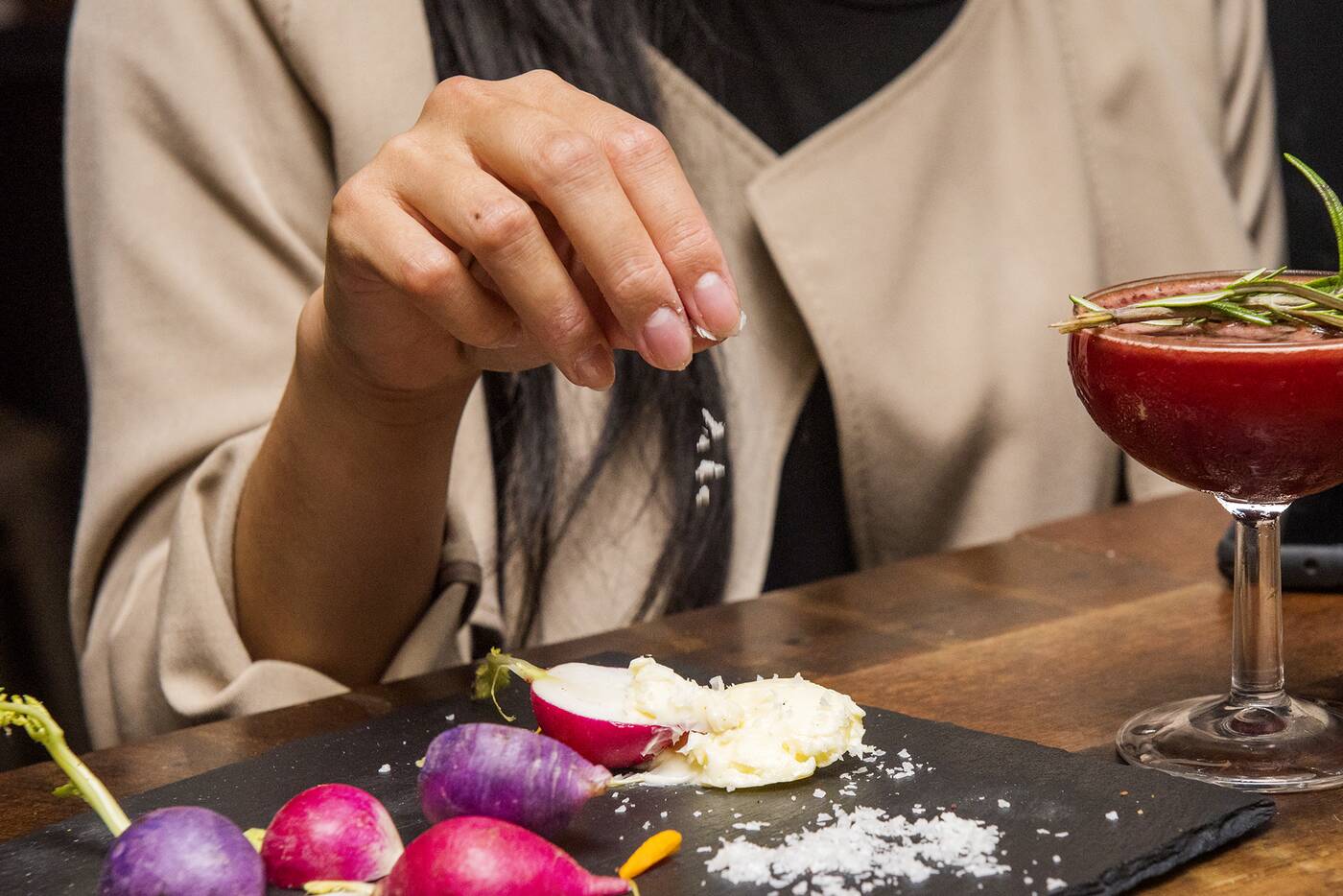 The the opportunity to get your Salt Bae on with an extra sprinkle of coarse sea salt on top. 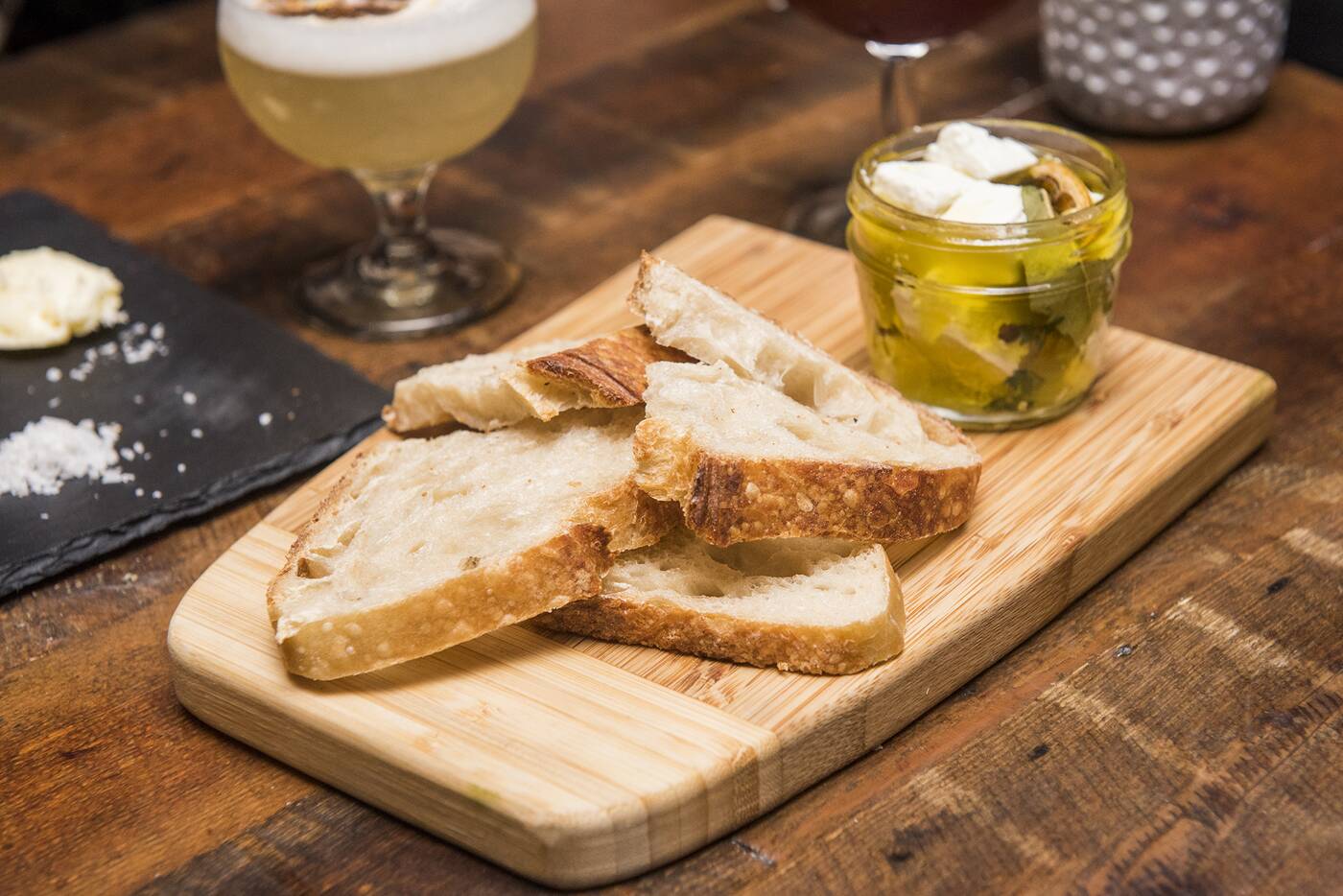 There's charcuterie boards (either $16 or $26) using meats from a butcher in North York, and a good portion of Persian feta in garlic oil from Pasquale Bros, served with sourdough bread from nearby Prairie Boy. 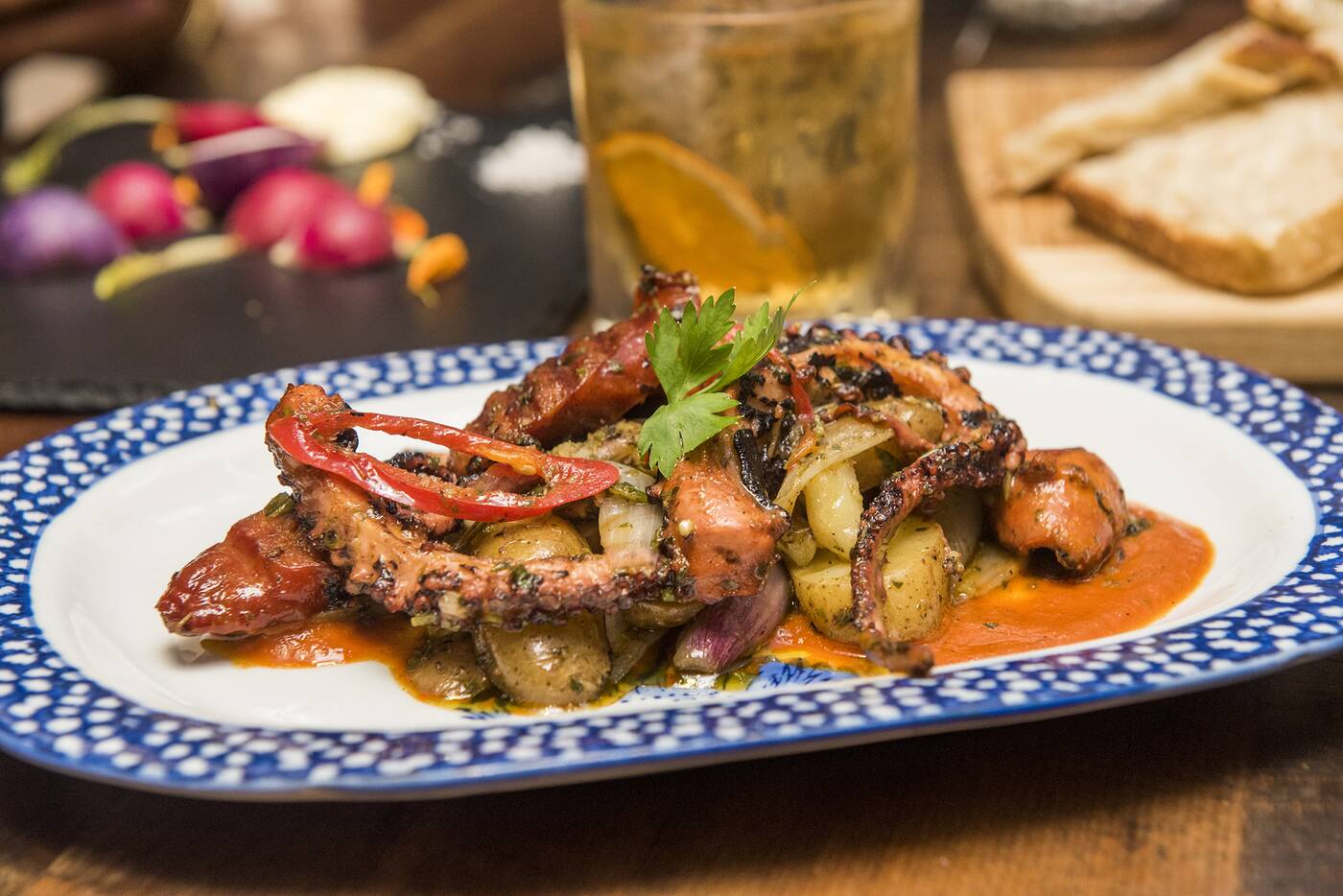 For a dish that's a bit more substantial there's the Pulpo a la Gallega ($18): a plate of tender grilled octopus and chorizo from Sanagan's that's tossed in chimichurri sauce. 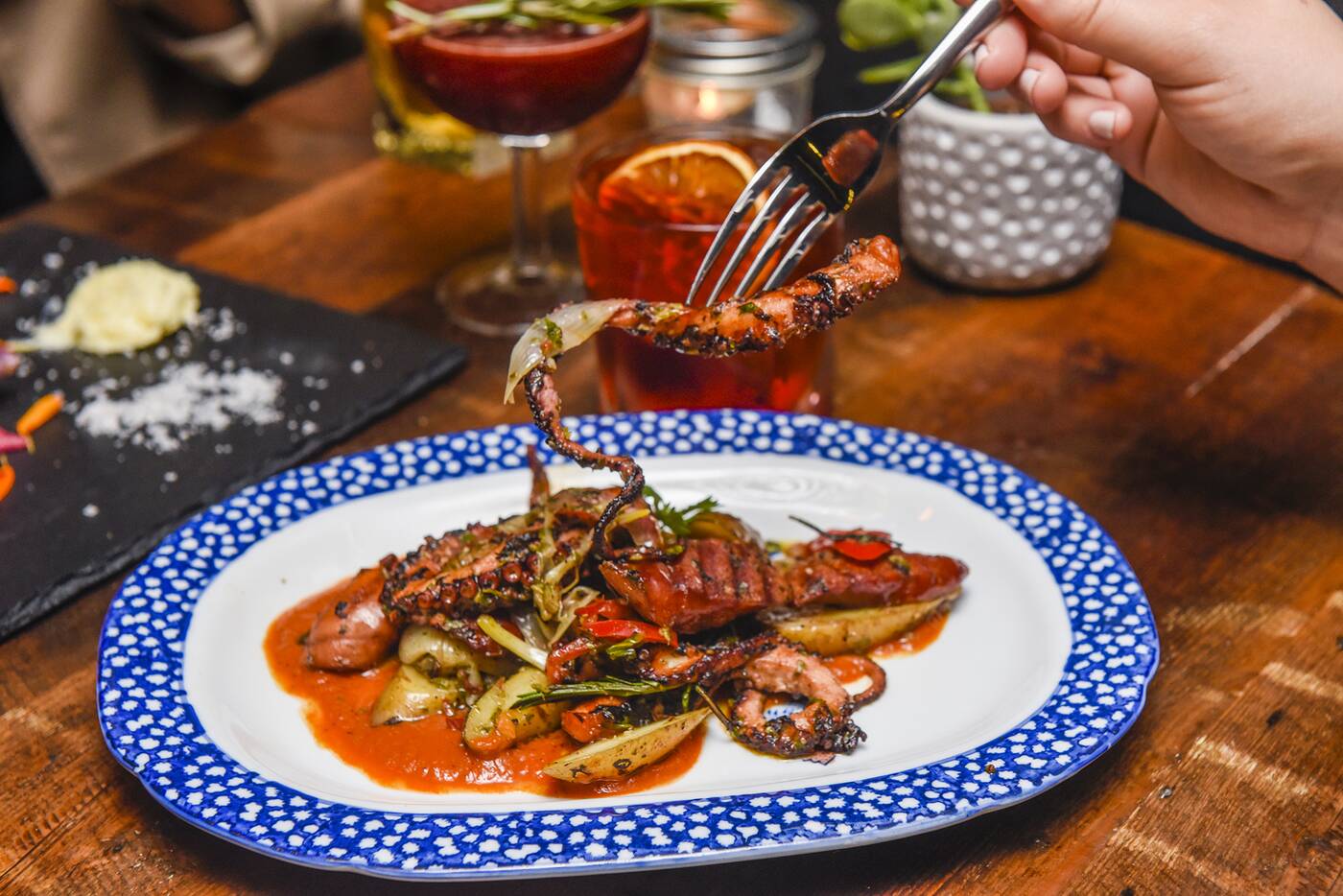 Fingerling potatoes make the dish more filling than the other items on the menu. 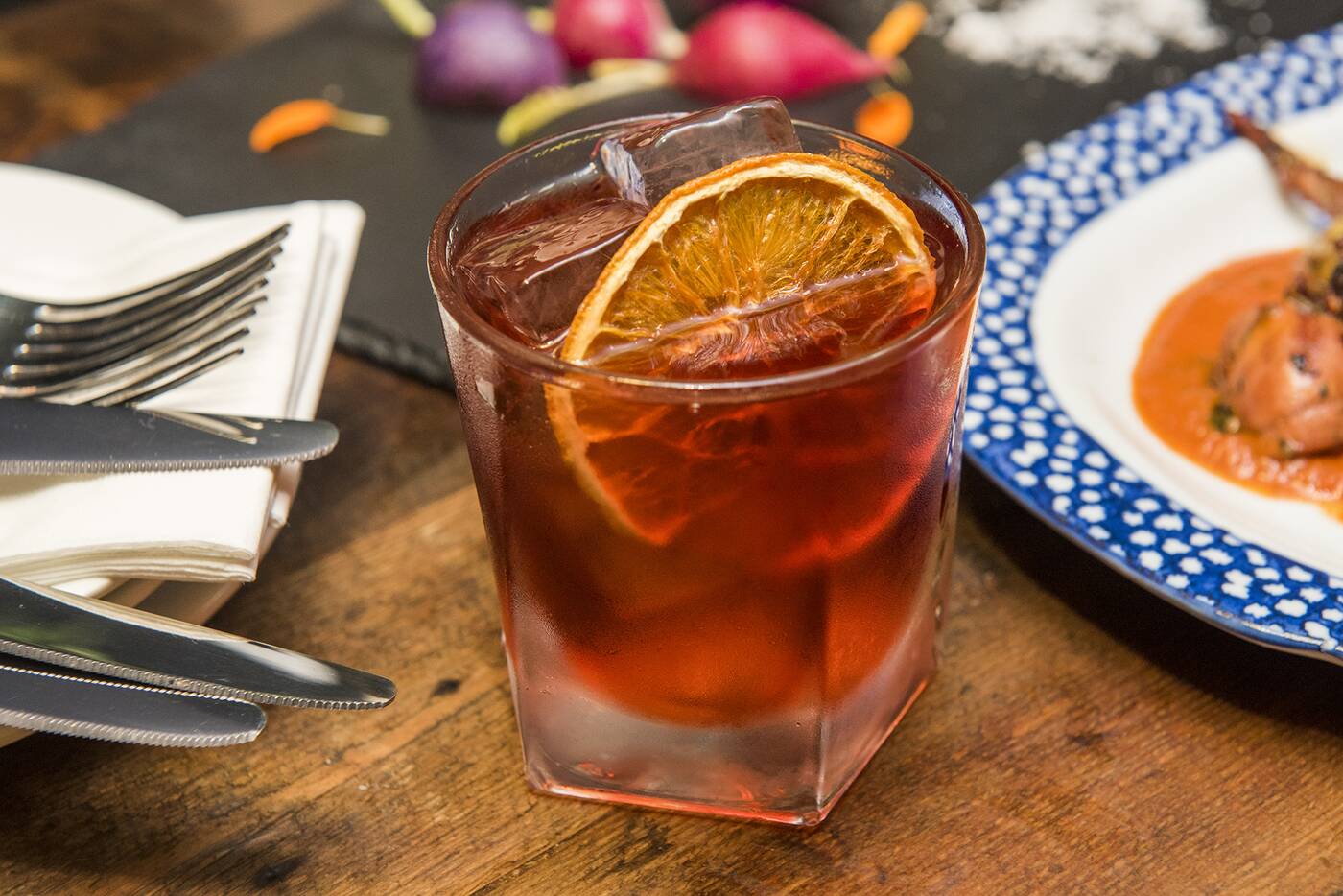 The Stray Negroni ($14) does the unthinkable and removes Campari from the recipe completely, opting to use Amaro exclusively instead. Lovers of traditional Negronis might miss the usual dryness but the drink definitely has lots of body. 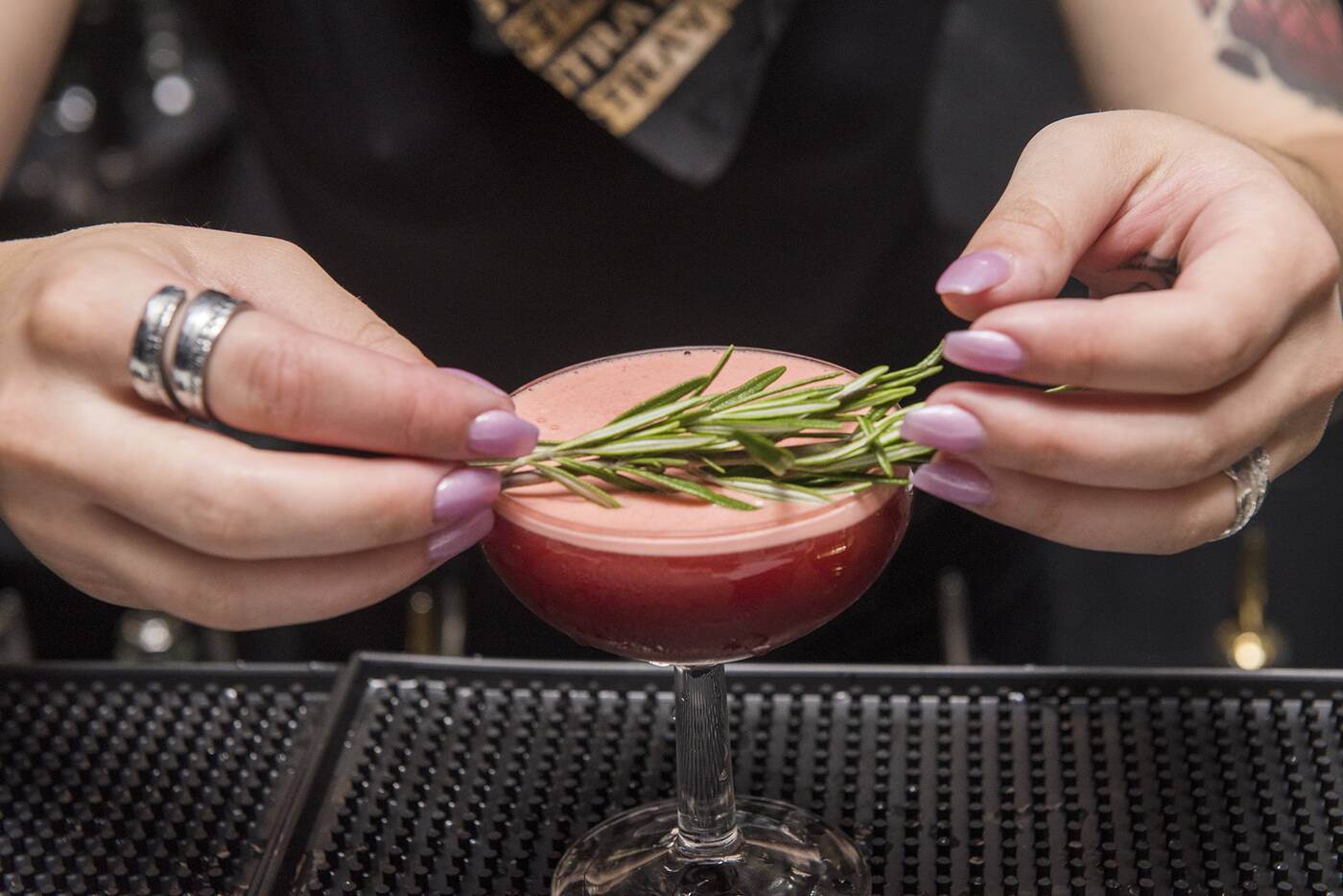 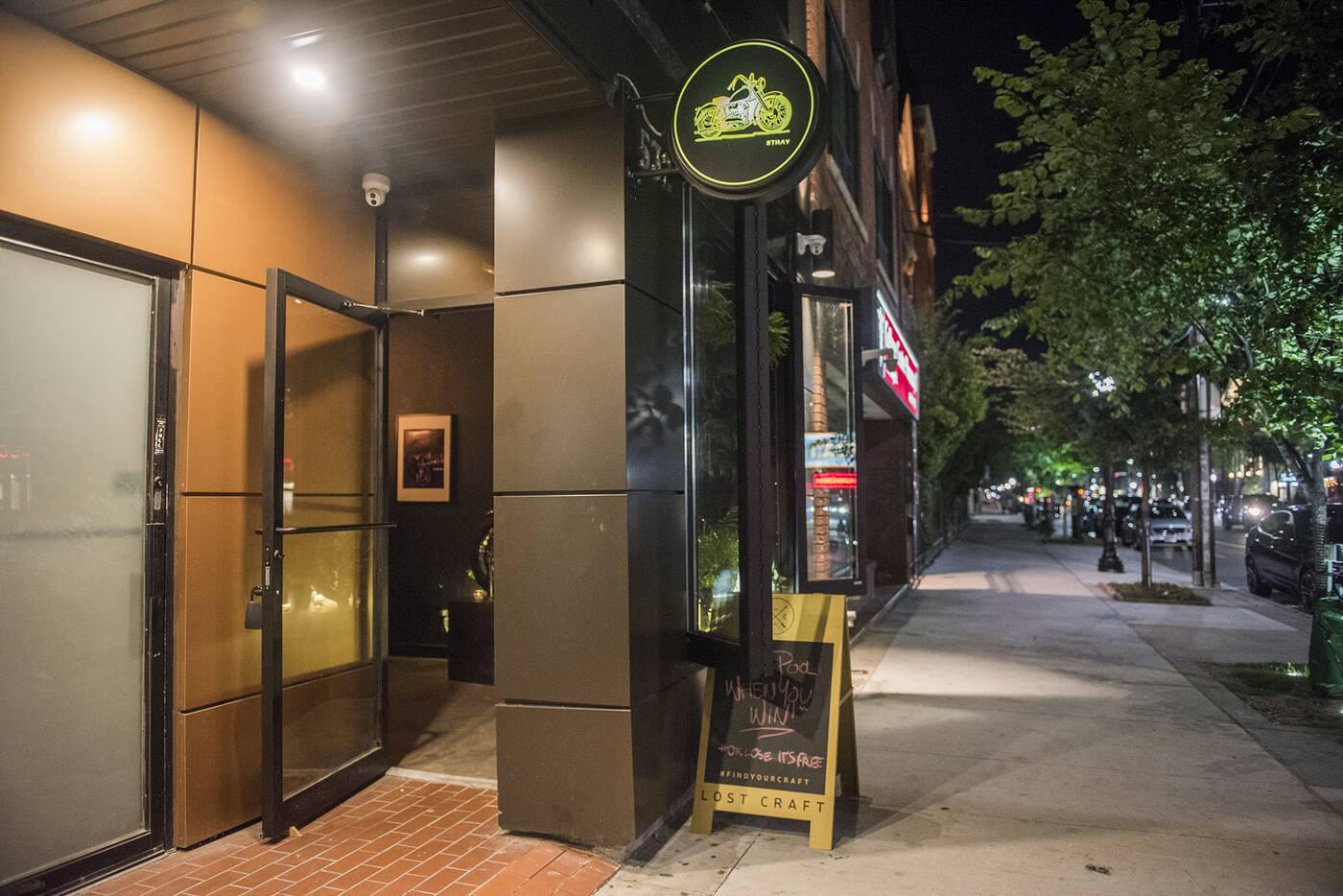