Round the Horn is the kind of place I'd like to claim as my own local bar, if I lived nearer. Taking over the space once home to The Workshop and, before that, Fat Cat Wine Bar , this bar is a craft beer destination and is spacious, inviting, and laid back.

"We don't really have a gimmick," Dave Guindon tells me. He helps run the bar with owner Kristin McNeil. "We just wanted to open a bar that we'd want to go to."

At the risk of sounding overenthusiastic about something seemingly so trivial, I gotta say that the lighting is perfect here; it's neither too bright nor too dark. "It's dim enough so you don't feel like you're in a library, but bright enough so you see that's it clean," McNeil tells me. 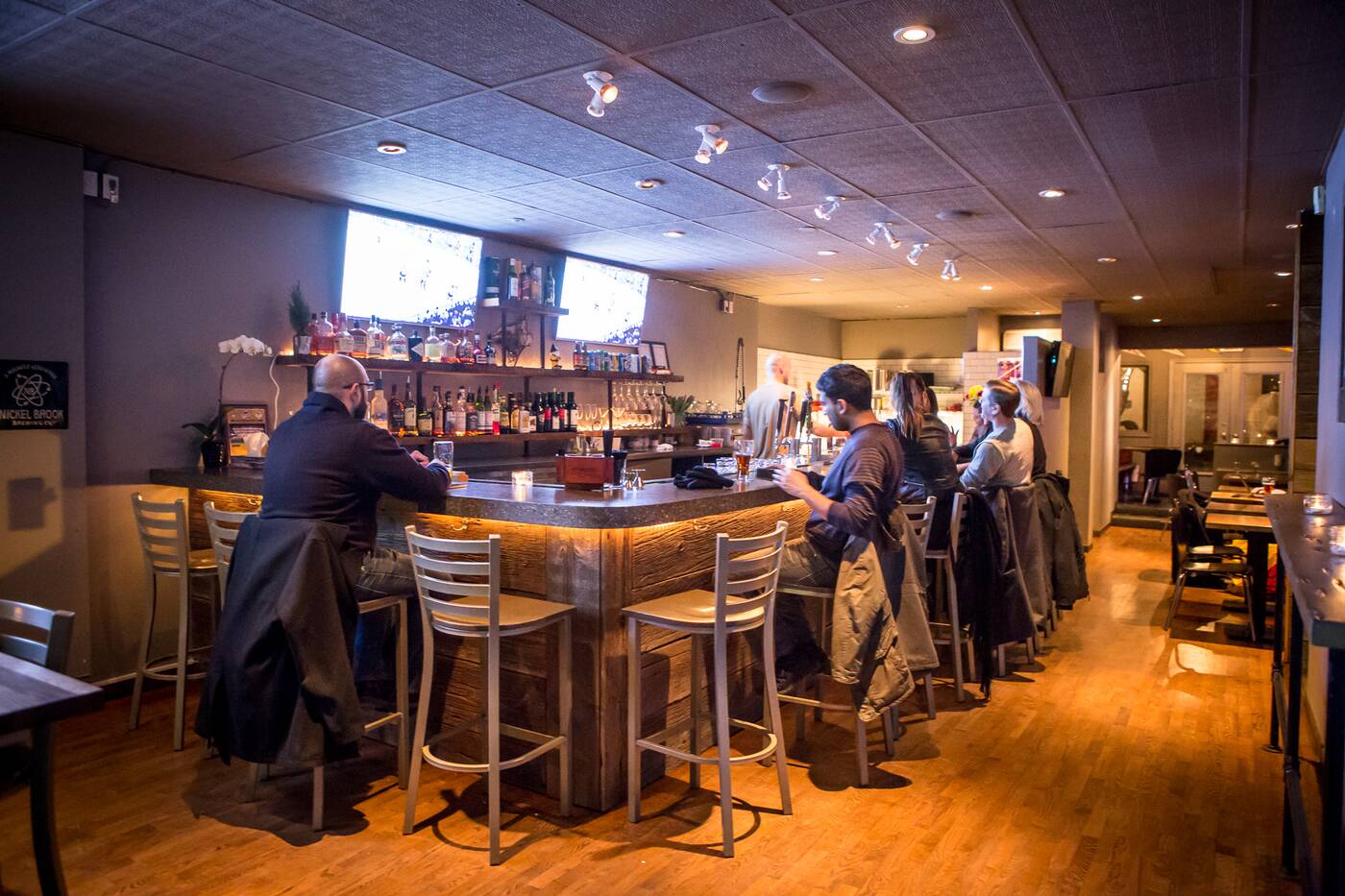 McNeil is a big sports fan, and as such when I arrive there are TV screens airing a hockey game, and sports memorabilia can be found here and there throughout the space.

But the sports motif isn't so in-your-face, compared to other bars. It just feels like a bar that so happens to have sports-related stuff.

I particularly like the trophy displays. McNeil collected trophies belonging to friends and family and painted them in pastel and monochrome colours. 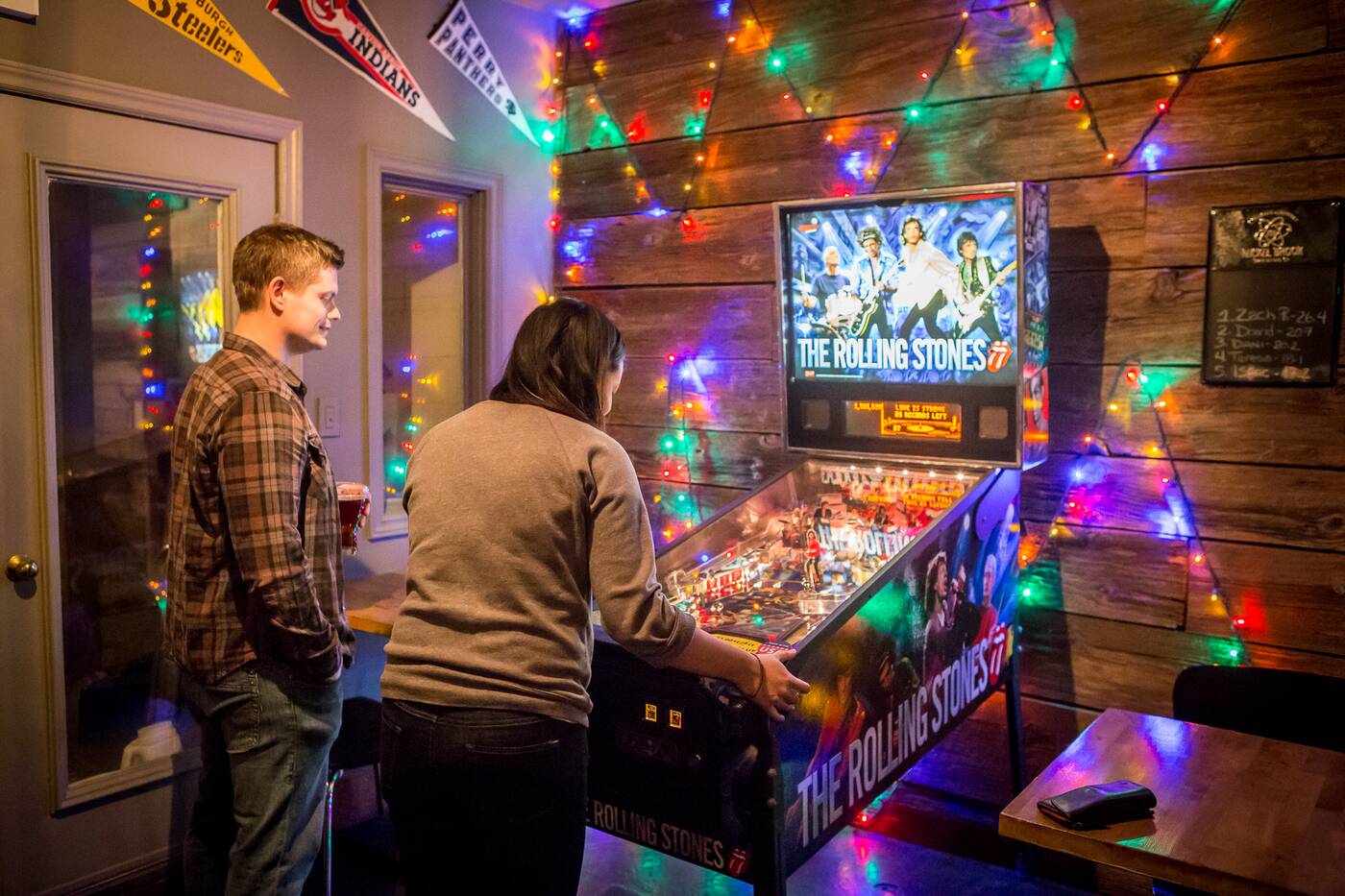 At the back of the bar, there's what McNeil calls the "man cave." It features a Rolling Stones-themed pinball machine, a PS3 connected to a big-screen TV, and various board games. I could see how it'd be easy to spend hours in this space. 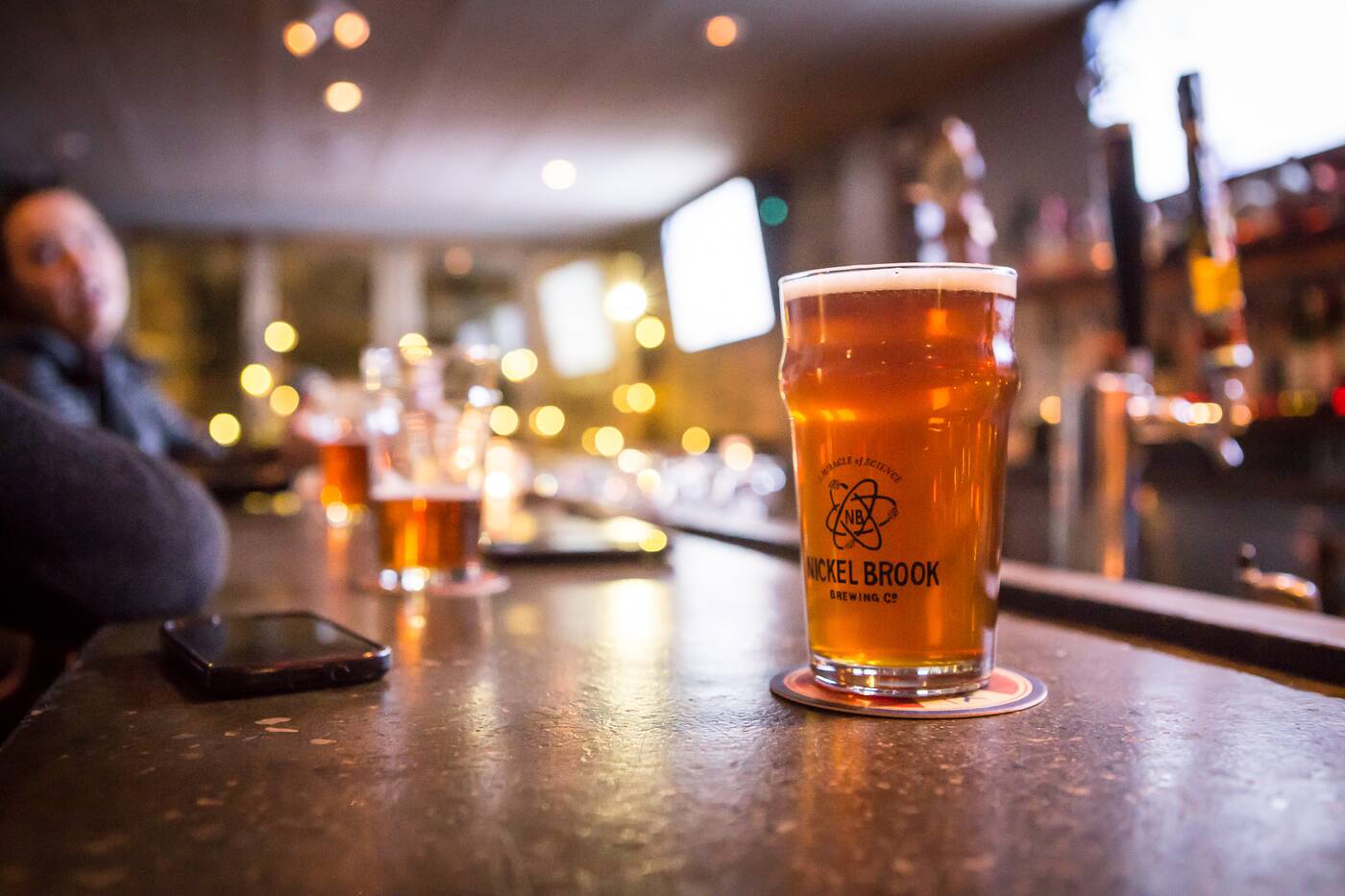 The drinks menu is dominated by offerings from local breweries. Tall cans go for $7, the options for which include cider from Pommies and the Fish Eye IPA from Kensington Brewing Company. A different tall can is on special every day for $6. 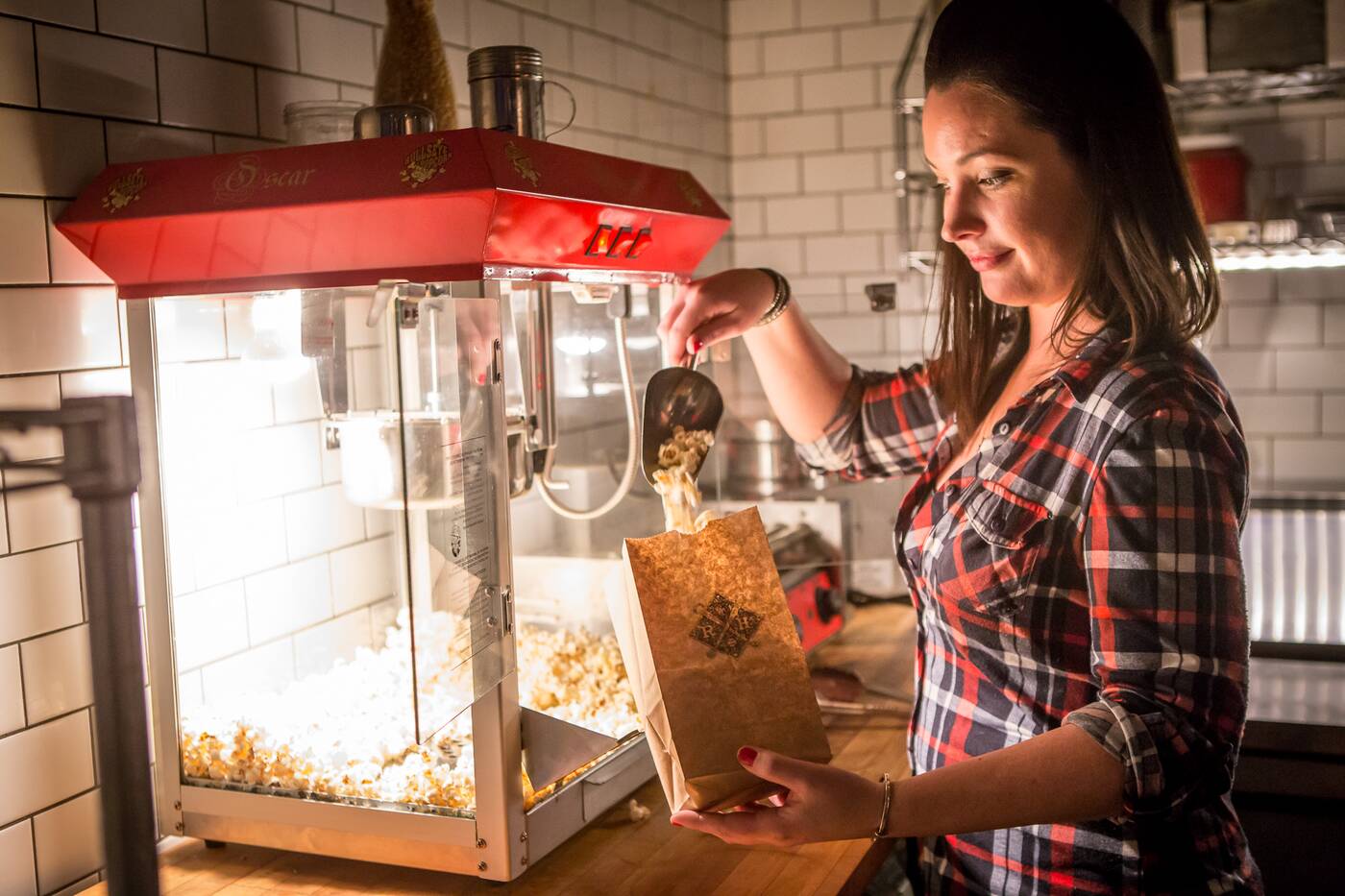 There's a few reds and a few whites on offer, and also a modest menu of classic, no-frills cocktails ($12 each) which includes the Old Fashioned (2oz) and the Dark and Stormy (2oz). "There's nothing you can't pronounce here," McNeil tells me.

In a gesture of camaraderie, McNeil offers an industry special. If you're a fellow bar slinger, head here after your shift. $10 gets you a shot and a tall can after 10pm. 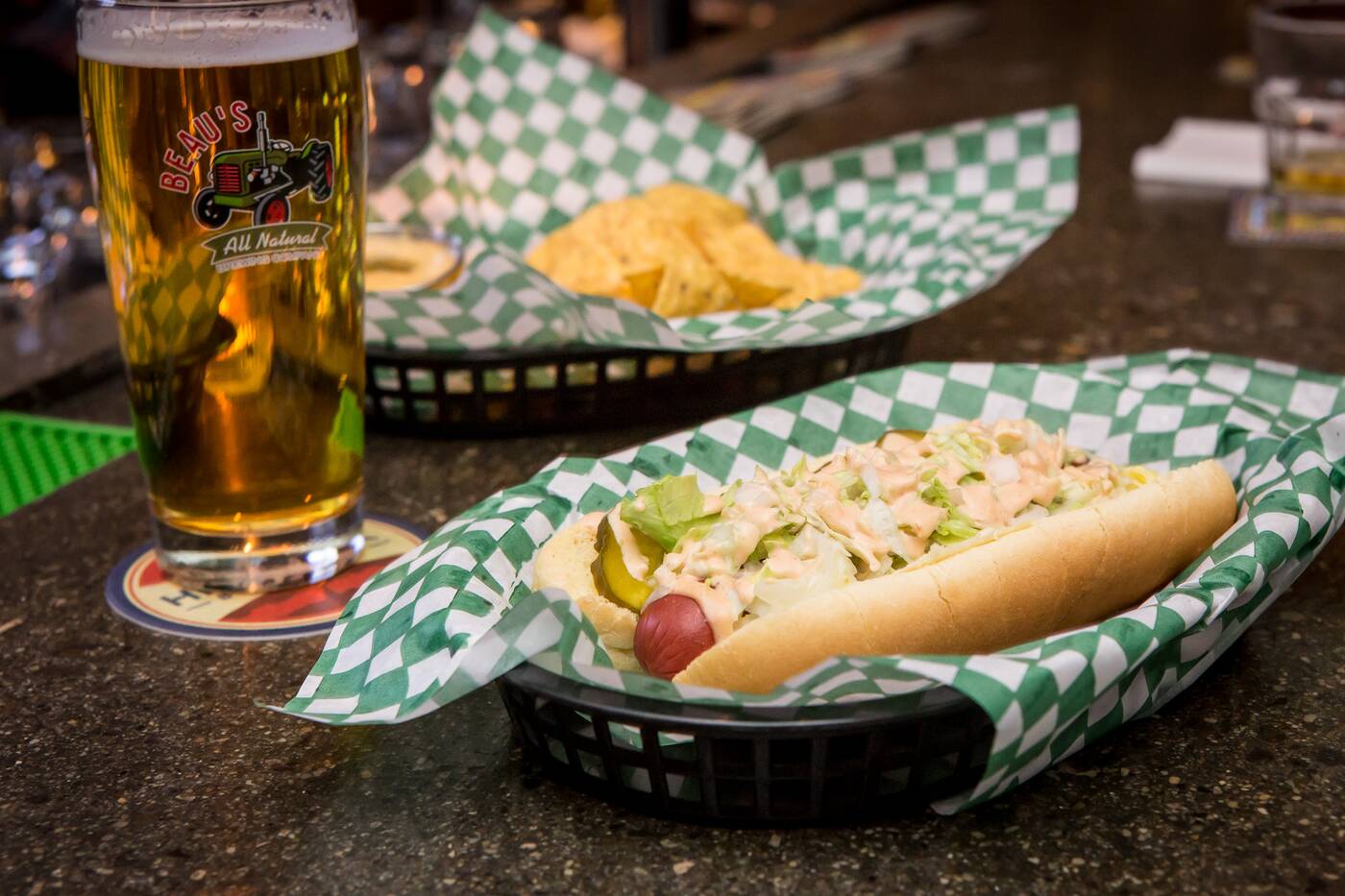 If you've got the munchies, there's a hot dog-centric snack menu available 'til 2 a.m., so you never have to leave the bar hungry. There's eight different hot dog iterations.

I ordered the Mac Daddy ($7), which comes with pickles, lettuce, onions and thousand island dressing. Delightfully high in sodium. Definitely hits the spot. 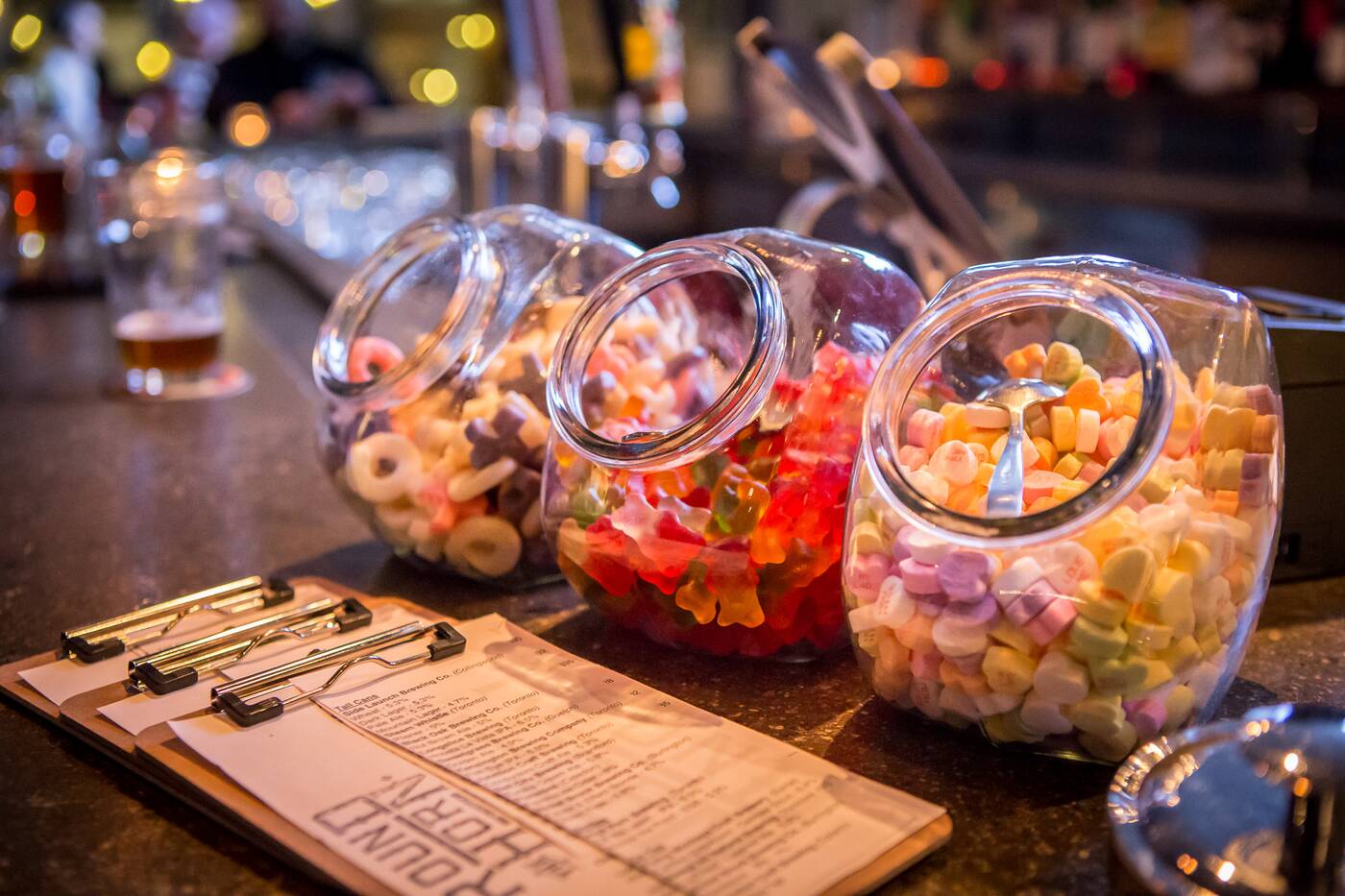 You can also order five kinds of nachos and various sides, including popcorn. Or snack on some free candy at the bar.

It's a real shame I don't live in the area, because I feel as though I'd frequent this place more often if I did. But for now I'm content with knowing there's a place at which I'm sure to feel comfortable when I'm in the neighbourhood. 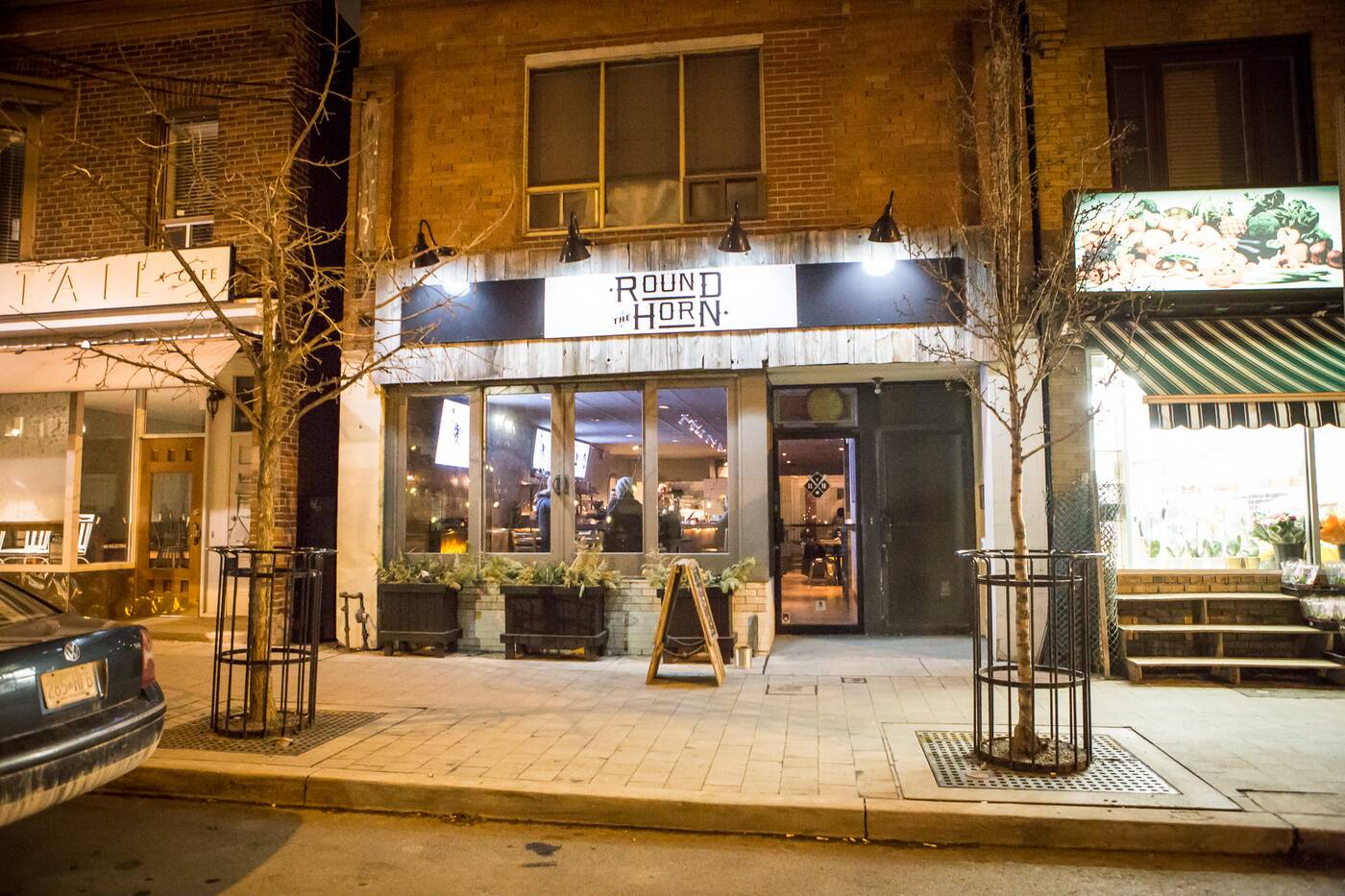