But don't worry, this isn't a construction mistake being corrected or a case of more capacity being needed already, as this upgrade will be purely cosmetic.

The new terminal is spacious, clean, and modern, but it can also feel a bit bland when you're waiting for a GO bus. That's why Metrolinx is bringing a vibrant yet super weird art installation to the terminal's interior next week.

Set to be installed over a three-day period starting on Nov. 1, a series of colourful artworks by Blue Republic will greet passengers filtering through the busy transit hub. 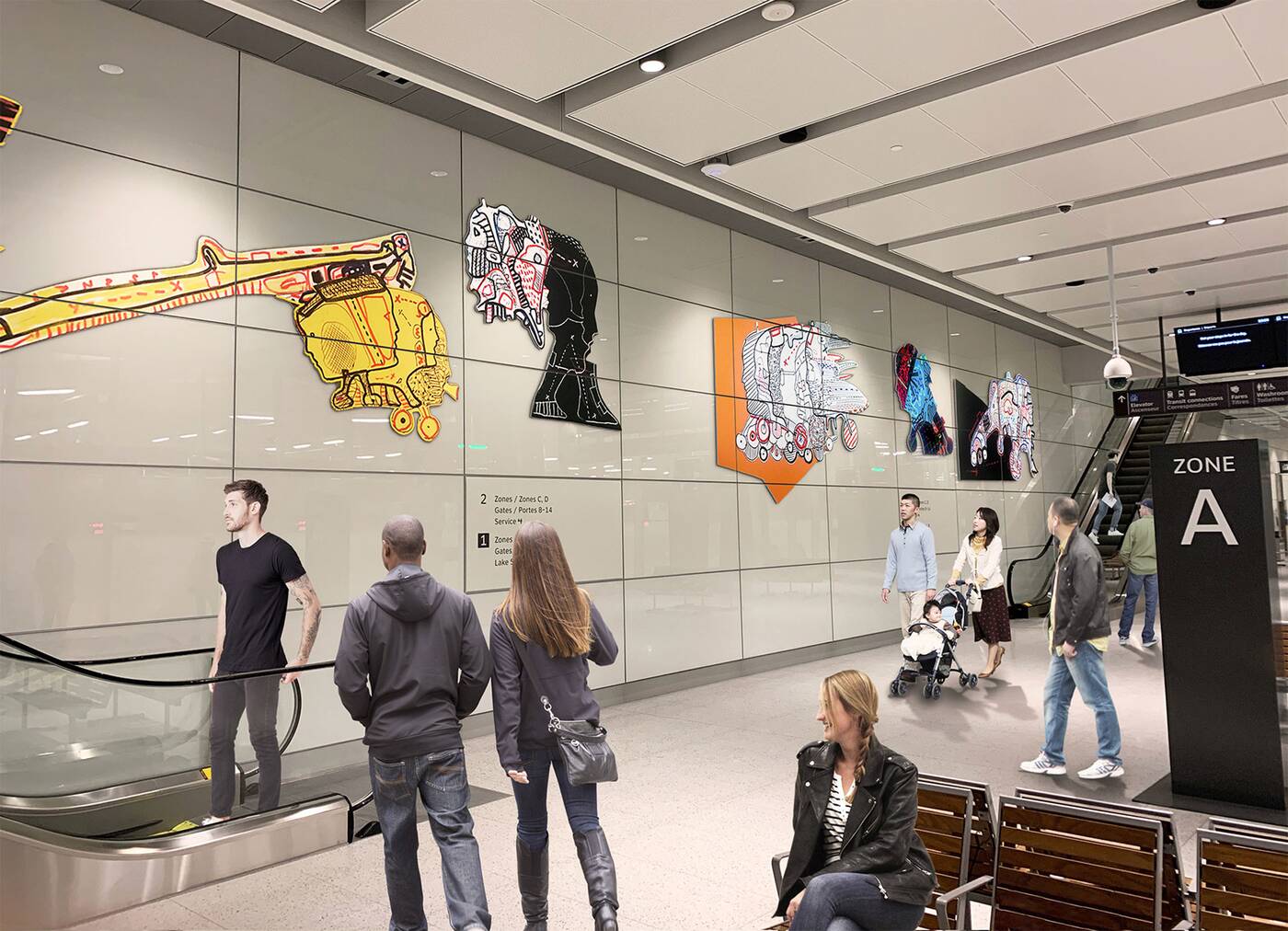 The new installation will shake up the grid-like look of the terminal's interior. Rendering by Blue Republic.

This is the same Toronto-based artist duo responsible for the terrifying alien robot figures that may or may not hunt children in the night outside a pair of midtown condo towers. Blue Republic has also created notable works for high-traffic places Toronto Pearson Airport and Brookﬁeld Place.

A jury of art and design experts selected Blue Republic from a group of six Canadian artists who took part in a design competition.

Described as "a series of ﬁgures that speak to the universal experience of travel," the installation adds shots of colour across both levels of the transit hub, along with irregular shapes that bring some visual variety to the terminal's rigid lines. 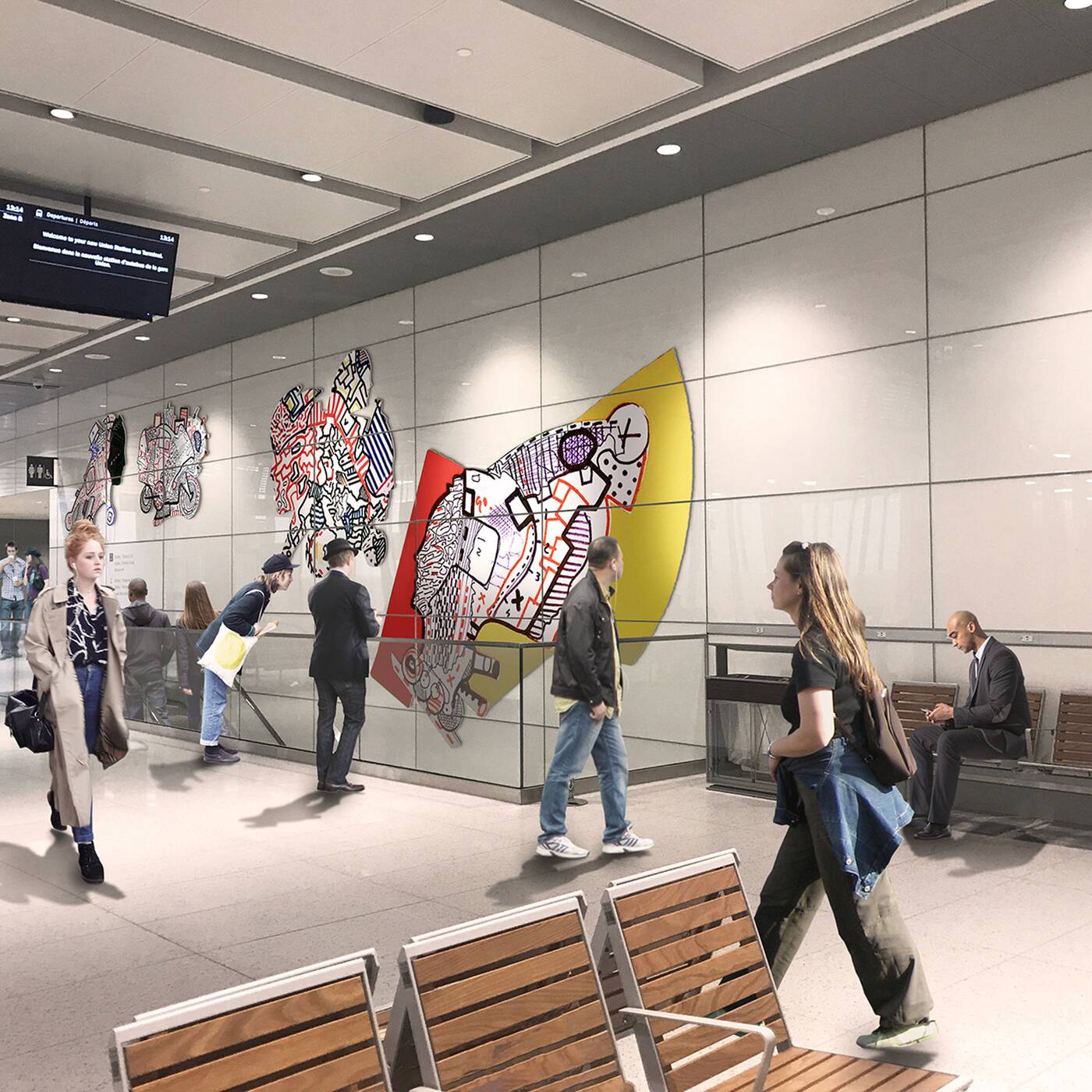 The new installation will span both levels of the terminal's interior. Rendering by Blue Republic.

"These walls are almost asking for something colourful, that would break the linear grid and animate the space," says Anna Passakas of Blue Republic.

"We hope that this project will energize the USBT. Human life is organic, and we want to inject this organic quality, plus the sense of humour and excitement into the station, so that anyone walking by can feel the uplifting effect art has to offer."

Installation begins on Monday and is expected to last three days to accommodate public health restrictions and a busy GO bus schedule, with the work site cordoned off to keep commuters clear.