Toronto graphic designer and artist Jason Zante has been having a stellar summer so far.

In mid-June, Four Seasons Hotel in Yorkville unveiled his breathtaking new piece, The Riviera, commissioned after seeing his other ethereal work.

The mural celebrates the hotel's patio d|azur, based on the romance, landscapes and architecture of the south of France.

Earlier this month, after winning a design contest with Cadillac Fairview and OCAD U for an art corridor exhibition that will run for 18 months, Zante's three large bold and vibrant billboards were hung outside the Eaton's Centre on Yonge St. 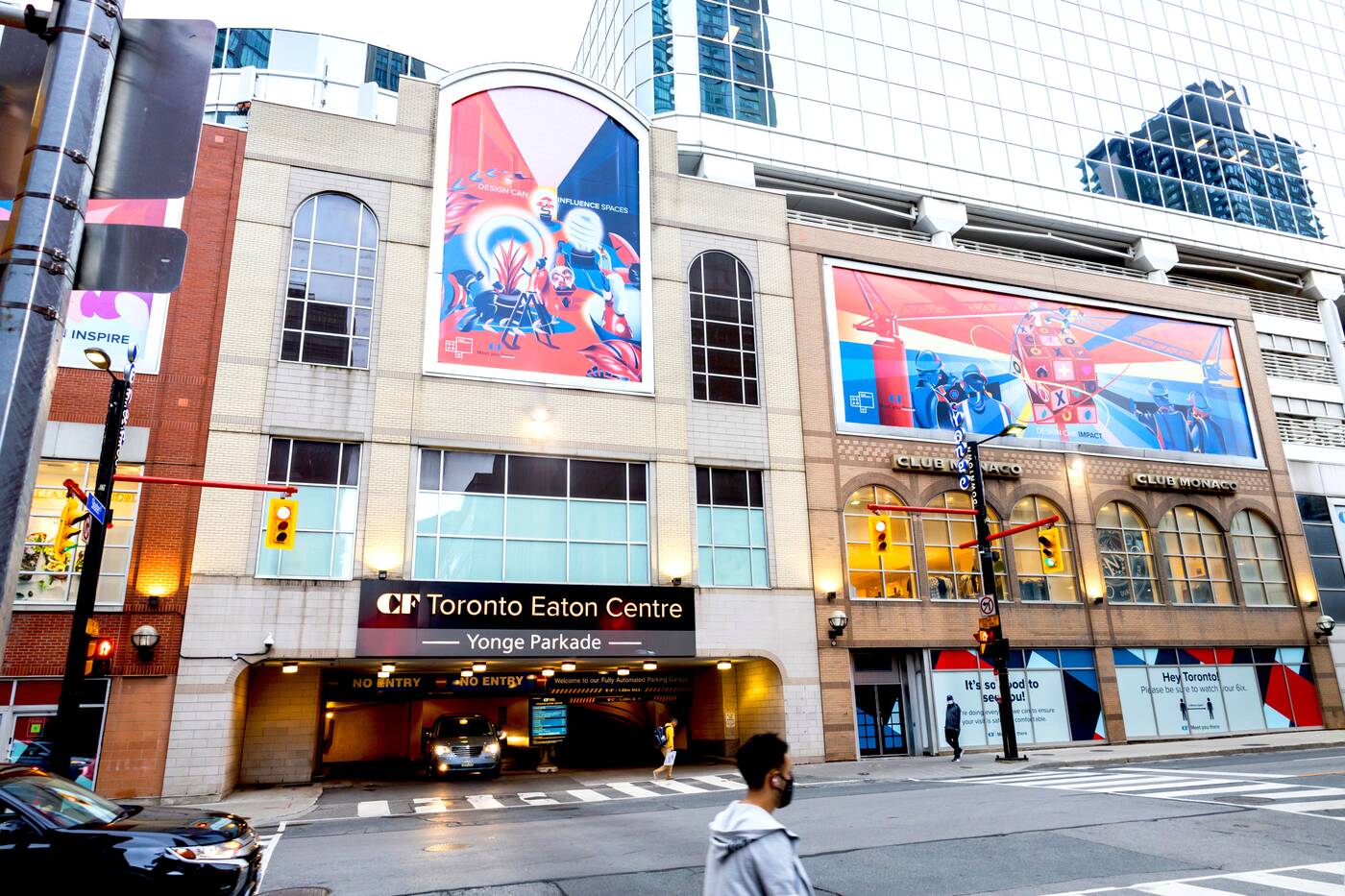 Entitled Imagine Together, the work is meant to emphasize how art and design influence social change and have the potential to create conversations that matter.

“Our surroundings become a place of inspiration and ideas — it elevates the lives of people whether it is through practical or emotional means,” Zante said. 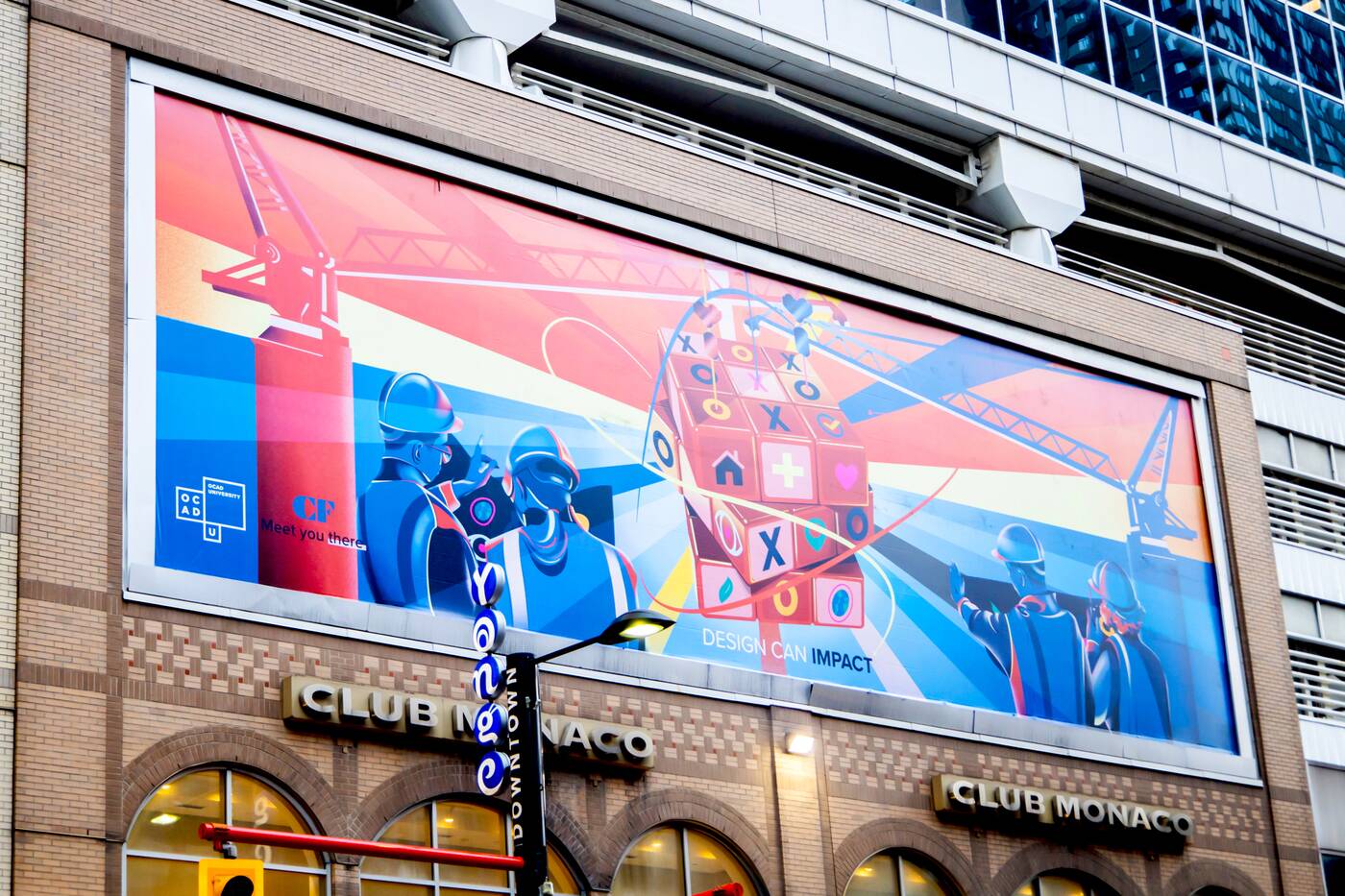 With all the artwork Zante creates, what stands out is his use of bold and bright colours, and contrasting illustrations emphasizing form and line to evoke an emotional response with the viewer.

His work has been noticed, and for good reason, by the likes of Architectural Digest and other international publications — and even celebrities like Justin Bieber. 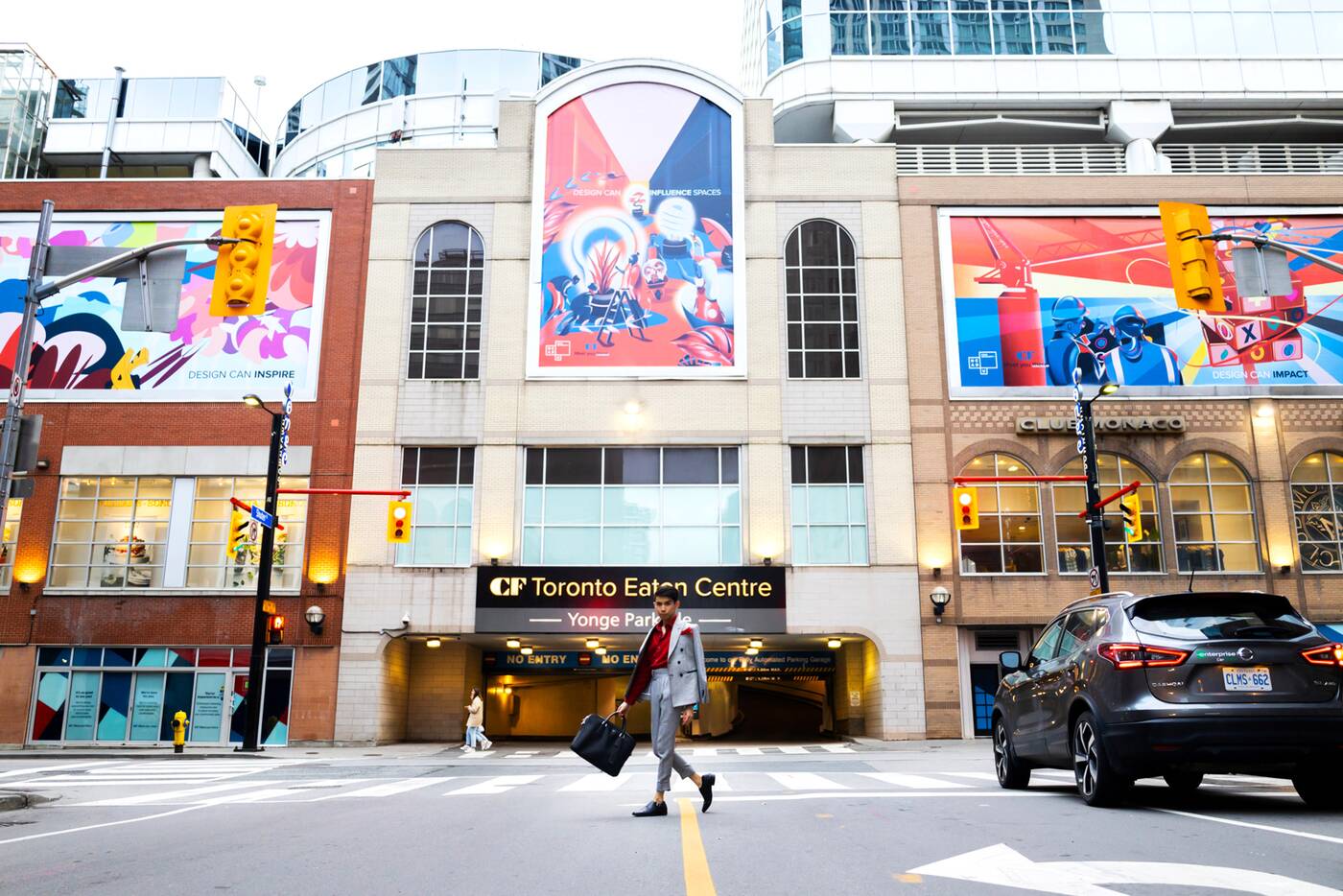 “I feel like I use colour to help the narrative even more because there's a psychology of colour and each has a different meaning, and when you pair them with another, it changes the colour relationship of that one colour you initially started with.”

Growing up in the province of Aklan, an island south of Manila in the Philippines, famous for its powdery white beaches and pristine blue waters, Zante's earliest memories are of laying on his grandmother's floor sketching. 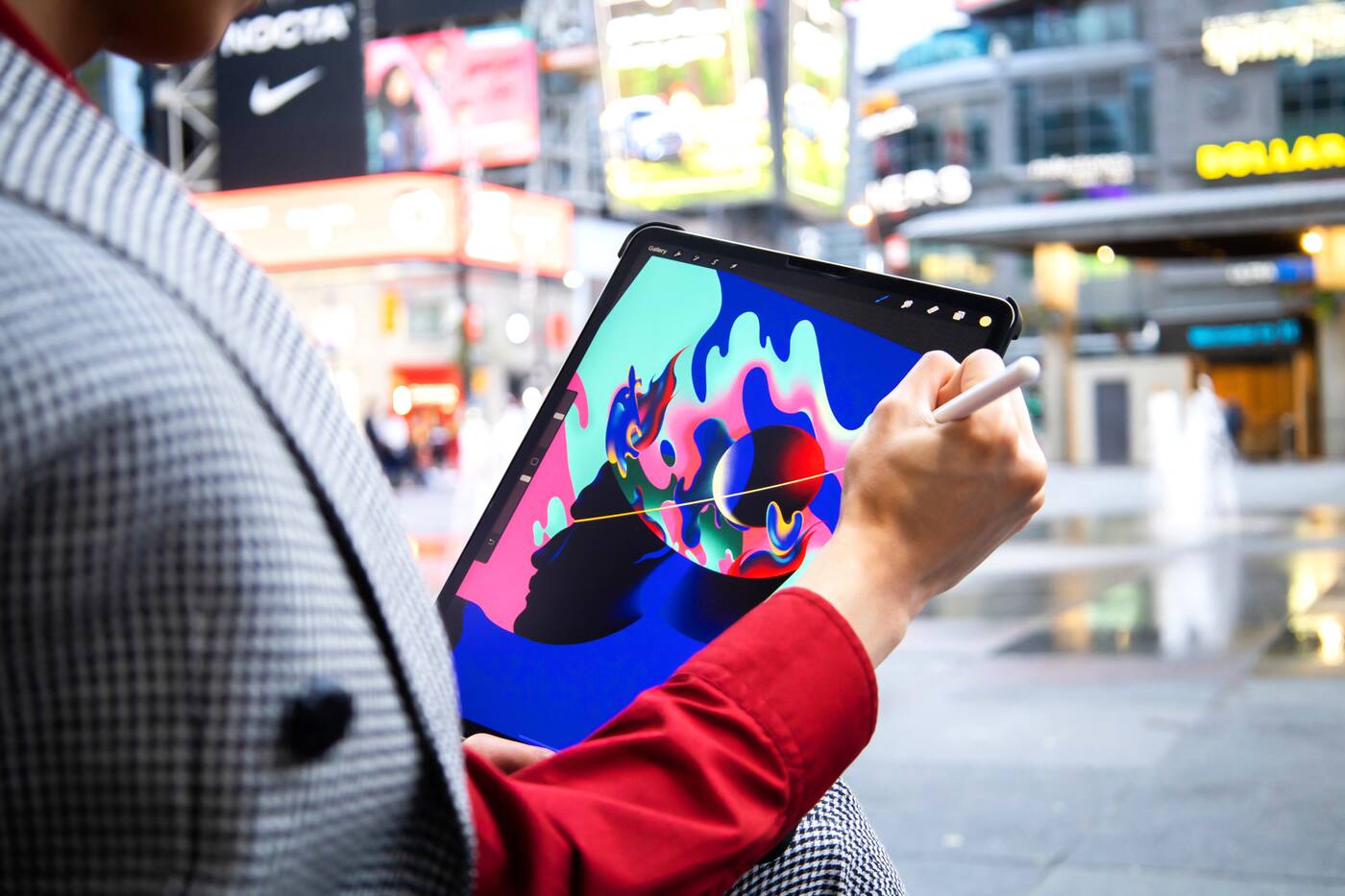 Zante has been trying to depict as much of the Philippines' culture as he can in his work to pay homage to where he comes from — something he's been learning more about after focusing on the history of the area with a contemporary twist for his fourth-year thesis at OCAD.

"I want people to see the beauty of the country for its landscapes and culture," Zante said. 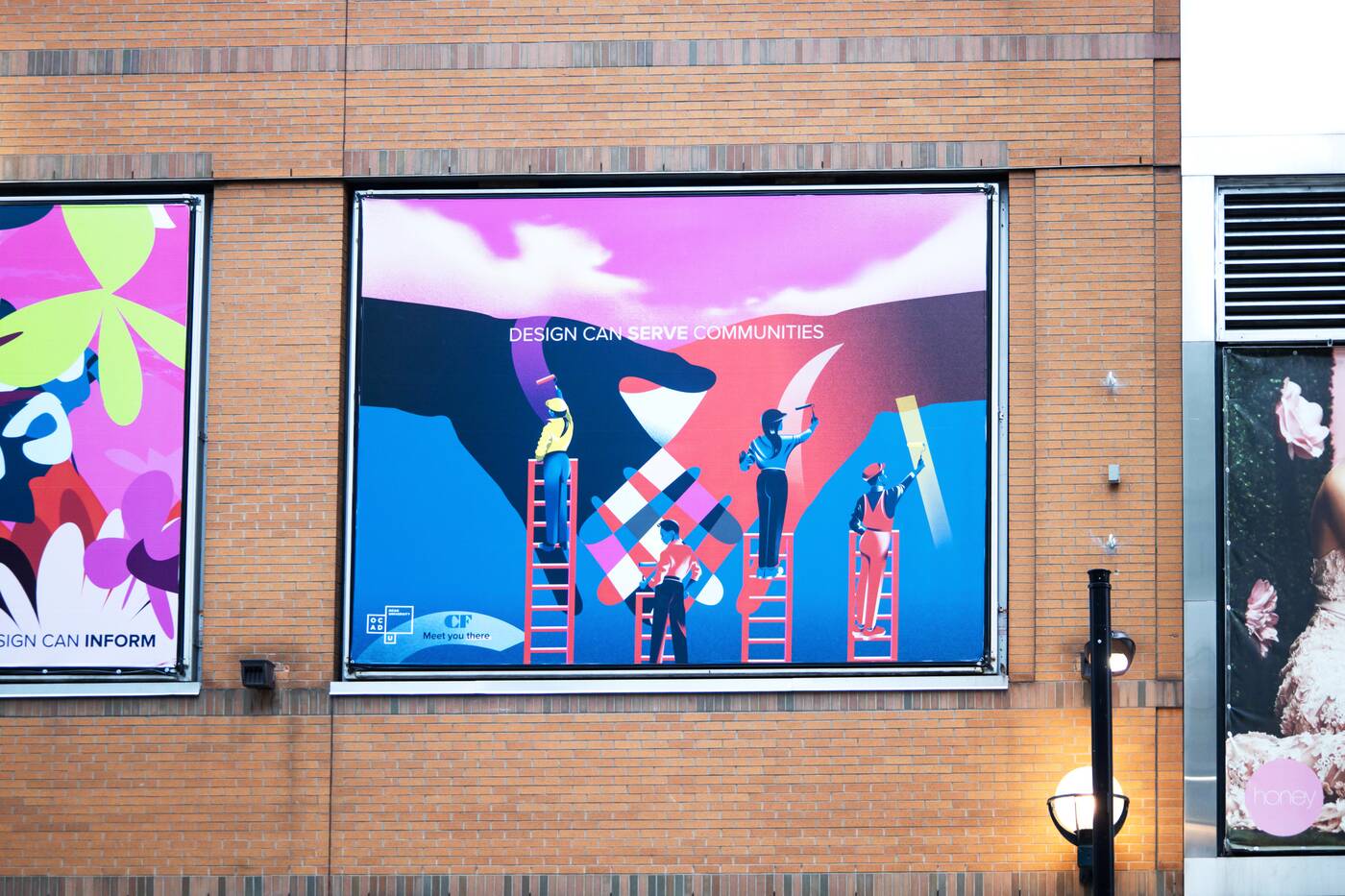 When he moved to Toronto as a six-year-old with his mother, he actually thought they were going on vacation, but he credits his education here at Cardinal Carter Academy for the Arts and OCAD U for laying the foundation for his career as an artist.

Even at the age of three, Zante knew he loved creating and wanted to enter the arts professionally. His biggest fan from day one has been his mom, who has always been very open and supportive of his artistic pursuits. 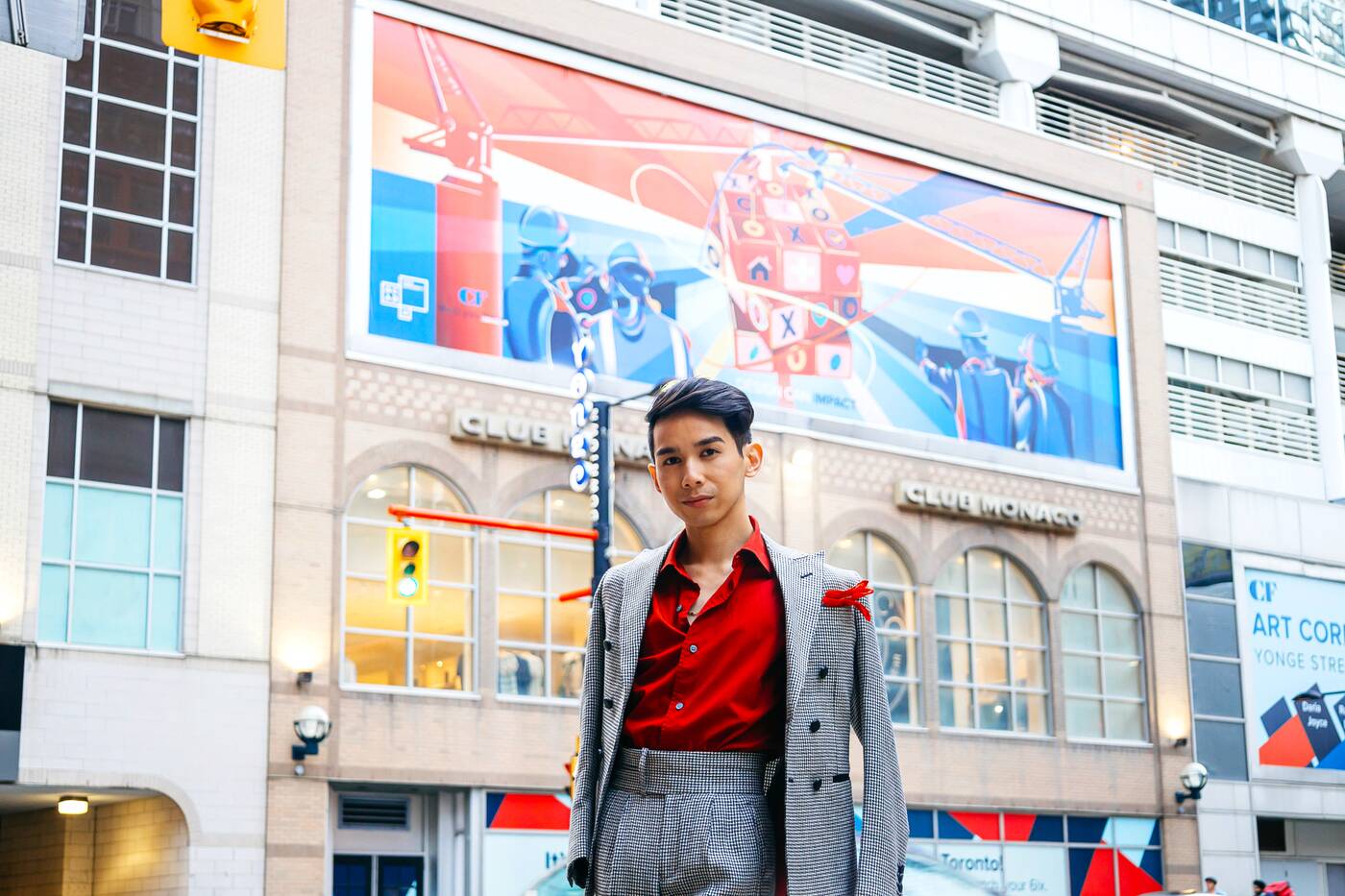 "I felt like I was never doubted by her, which really helps with my confidence as an artist and creative. I think she recognized at an early age that her son is really passionate about creating and the arts," Zante said.

At OCAD U, Zante chose to study graphic design since he was already strong in illustration and thought that it would be more beneficial to learn programs designers used and keep sketching as a special musing, just for himself in his spare time.

"Sometimes when I see something I find very beautiful, or if I'm on the train, I'll do a little doodle and those are enough to have as the basis of the idea I have in my head. As creatives and artists, we have our own individual language and if you had to show it to someone, no one would understand," Zante said. 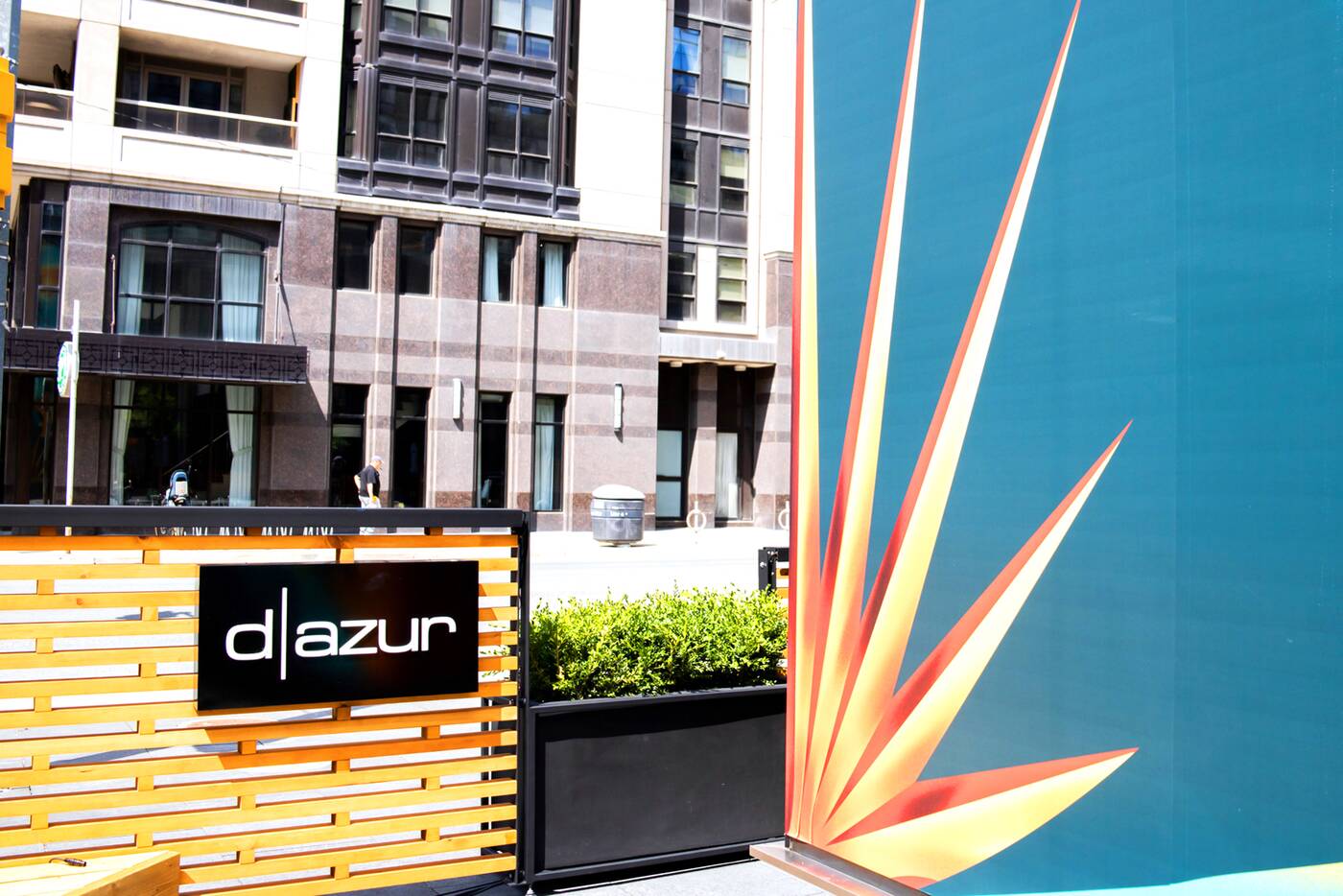 After graduating from OCAD U in 2020, Jason was surprised to receive a DM on Instagram from the Director of Public Relations for Four Seasons, Halla Rafati, to commission The Riviera — the largest piece to date Zante has ever worked on.

It's only recently that clients have been asking for very large formats, as Zante usually has a set range of sizes for his artwork, with the biggest print pieces being 36 by 48 inches. The Riviera mural was a huge contrast from his usual work, as it covers the entire face of the four-storey hotel. 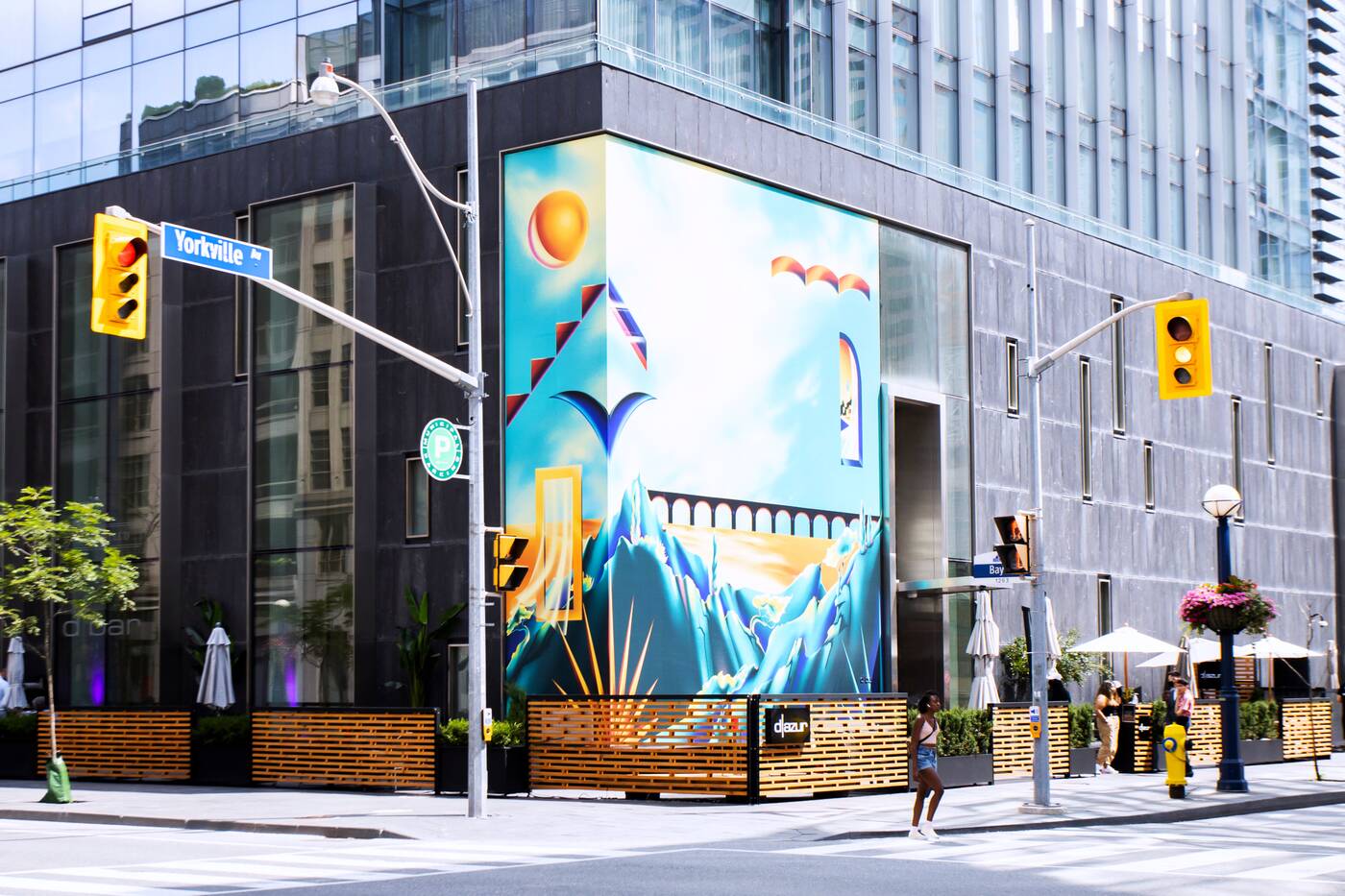 "Even in the project brief, Four Seasons didn't want to show me any pictures at all — they said they didn't want to stifle my creativity. They just told me the theme was Côte d’Azur, and that they wanted me to take creative reins for the project and interpret it in how I saw how the artwork coming to life," Zante said.

"Honestly that's a dream client situation, especially for international clients. I really thought they would give me a set of rules, but I actually had to create my own rules for myself for this artwork." 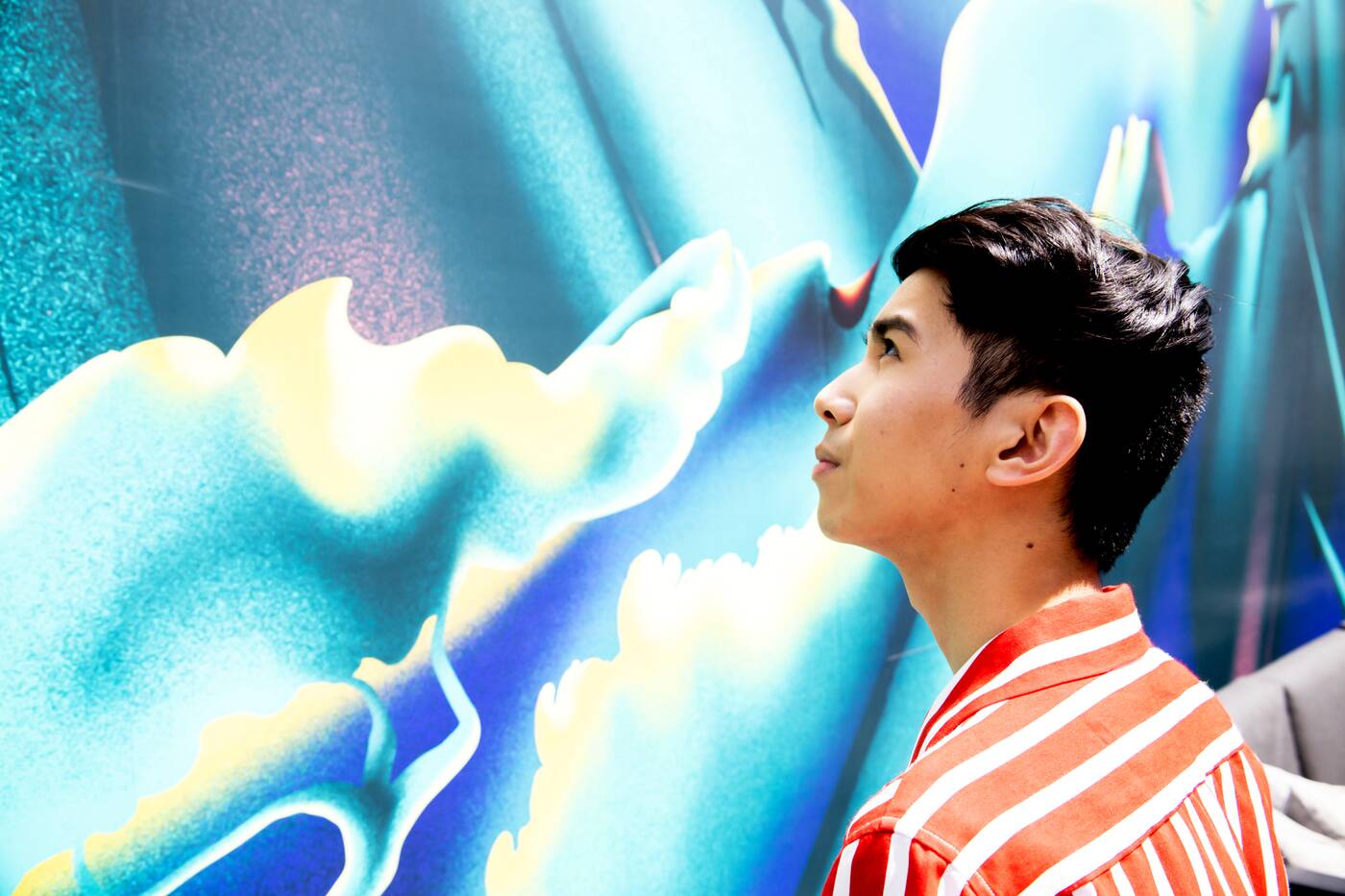 With so many ways to interpret the chic and warm atmosphere of the south of France, Zante started by giving the hotel multiple possible sketches, and from there he collaborated with the PR team on which design was the best option.

"The person that I was working closely with was the hotel manager, Chad Merced, who had a design background, so it was really nice to have a person who spoke the same creative and visual language as me," Zante said.

Zante conveyed that it's important for him to begin a piece by not looking up anything on the internet and to focus solely on his own original thoughts, so as not to fixate on anything. 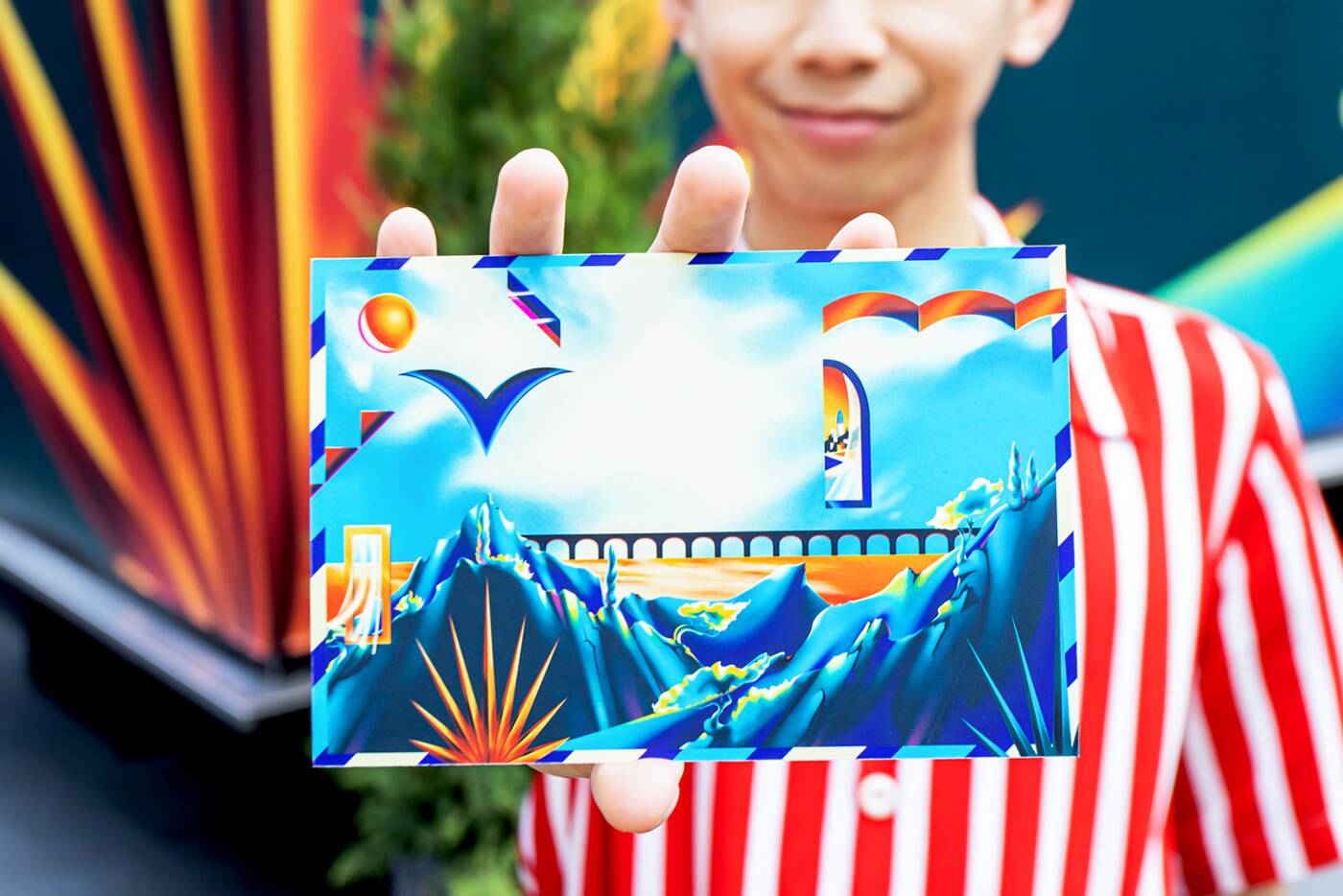 He spent time envisioning the feel and mood of the Mediterranean and then went into visual research of the actual area of Saint-Tropez, Nice and the Amalfi Coast.

"I actually created a whole board of just images of what the architecture looks like, what the landscape looks like — the type of trees that are in this region and also the colours that they use. That gave me that foundation to include these key elements so that the culture and aesthetic of the south of France translated back into this artwork," Zante said.

The Riviera had to be made of weather-proof vinyl instead of spray paint due to the constraints of working on a glass surface. Zante was responsible for creating the work itself and setting up files for Four Seasons to work off of, then working closely with the printers.

After that, the "print guys worked their magic" to figure out how the whole piece would stay on — and if you look closely, the mural is a very thin vinyl sticker stuck to the glass panels. 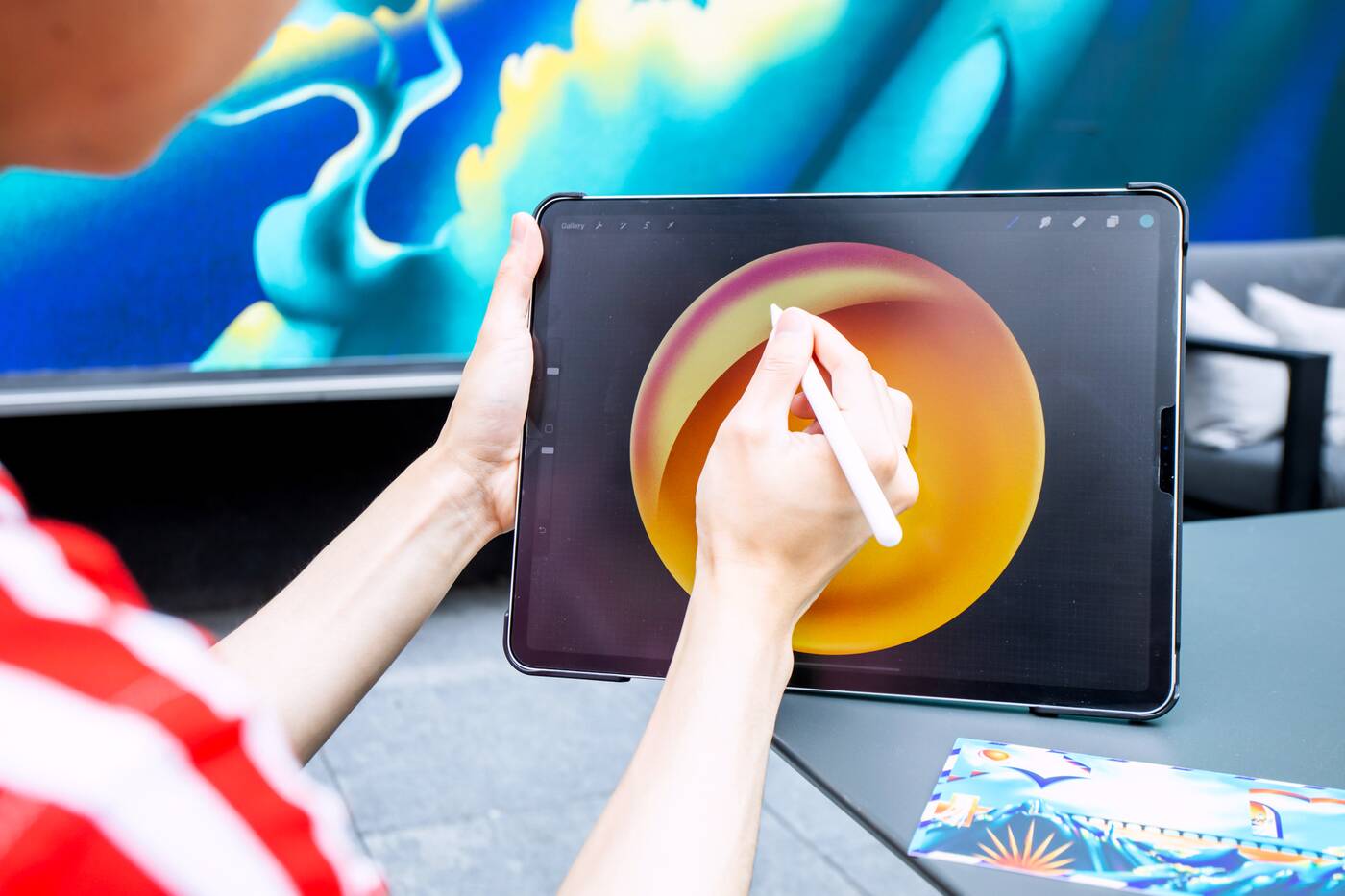 "To this day, I've visited the mural so many times, but it's still super surreal to see it at that scale because I'm working on my phone's scale in the comfort of my home, sketching. But then when you see it in person it's so large. Sometimes it's hard to digest that still," Zante said.

As a full-time graphic designer for his day job, Zante uses his weekends to focus on his art, and it's been a steep learning curve hustling as an entrepreneur on the side. He credits podcasts like The Artist Entrepreneur for helping him learn the aspects of the business side of working for himself. 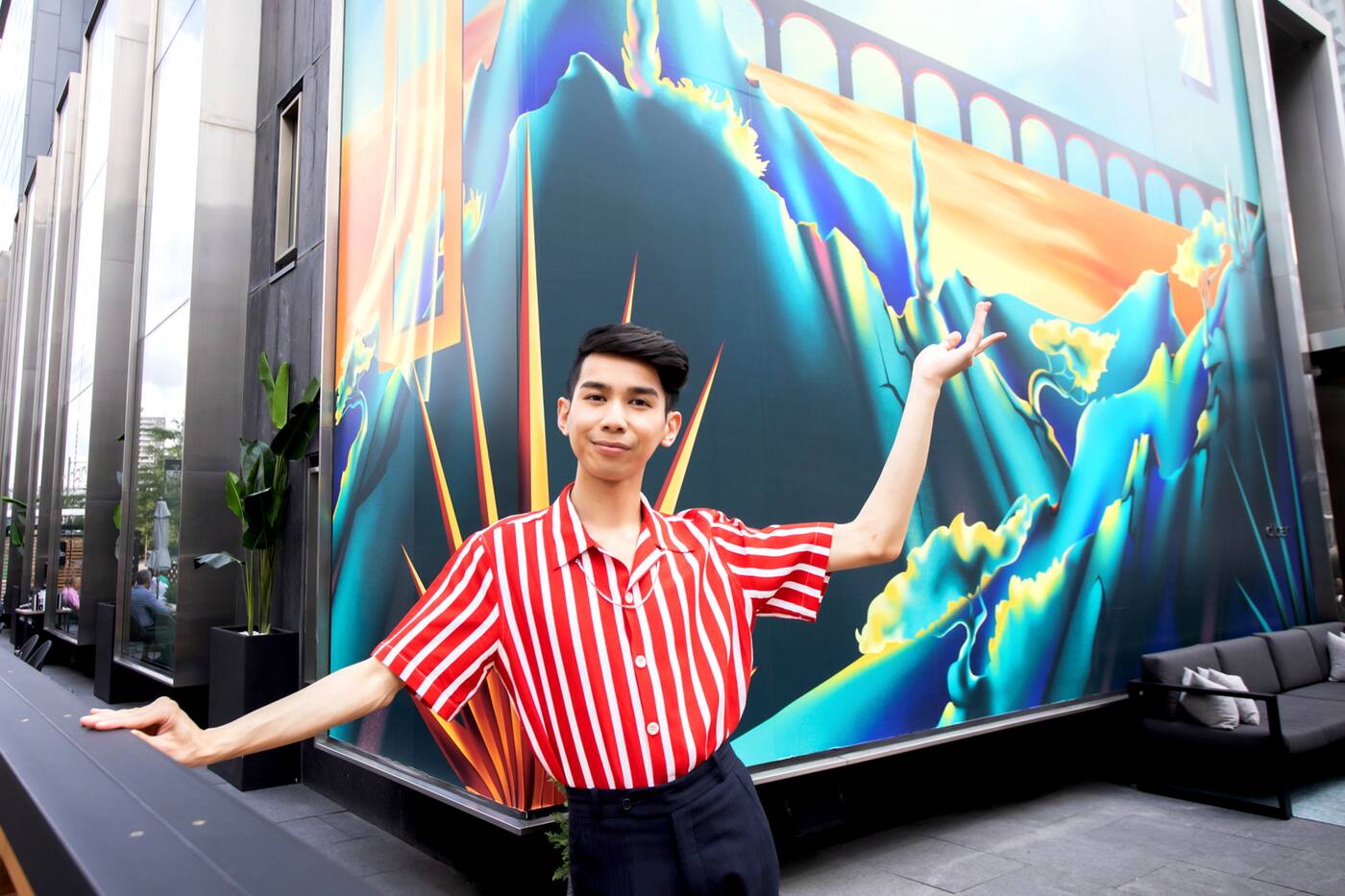 One thing he recommends to young emerging artists is to make mental health a priority and set aside at least one hour in the day to be alone, at peace in their own thought space — and taking a break is something he says creatives should not feel guilty about.

"I focus on the concept of stillness in time, so I try to showcase that there is beauty in the everyday and ordinary things. I think there are so many things going on around us, that we never find the time to truly pause and experience the moment in front of us, so I try to put that into my artwork," Zante said.