A new Toronto public art installation consisting of giant metal lotuses is a nod to a lost creek buried under the city.

A public art project was part of a plan and commitment to the city in the West Block Est. 1928 development at 500 Lake Shore Blvd. W. by Choice Properties and Wittington. The development includes an LCBO under the Gardiner Expressway and the nearby Loblaws in a newly refurbished 1928 warehouse.

The Garrison Creek Lotuses were built by Redfort Architectural Fabrics based in Holland starting in September and arrived on site, under the Gardiner Expressway near Bathurst in January. The installation started soon after and the project is expected to be complete in about two weeks, said Grossi.

The final part of the project is lighting the lotuses. 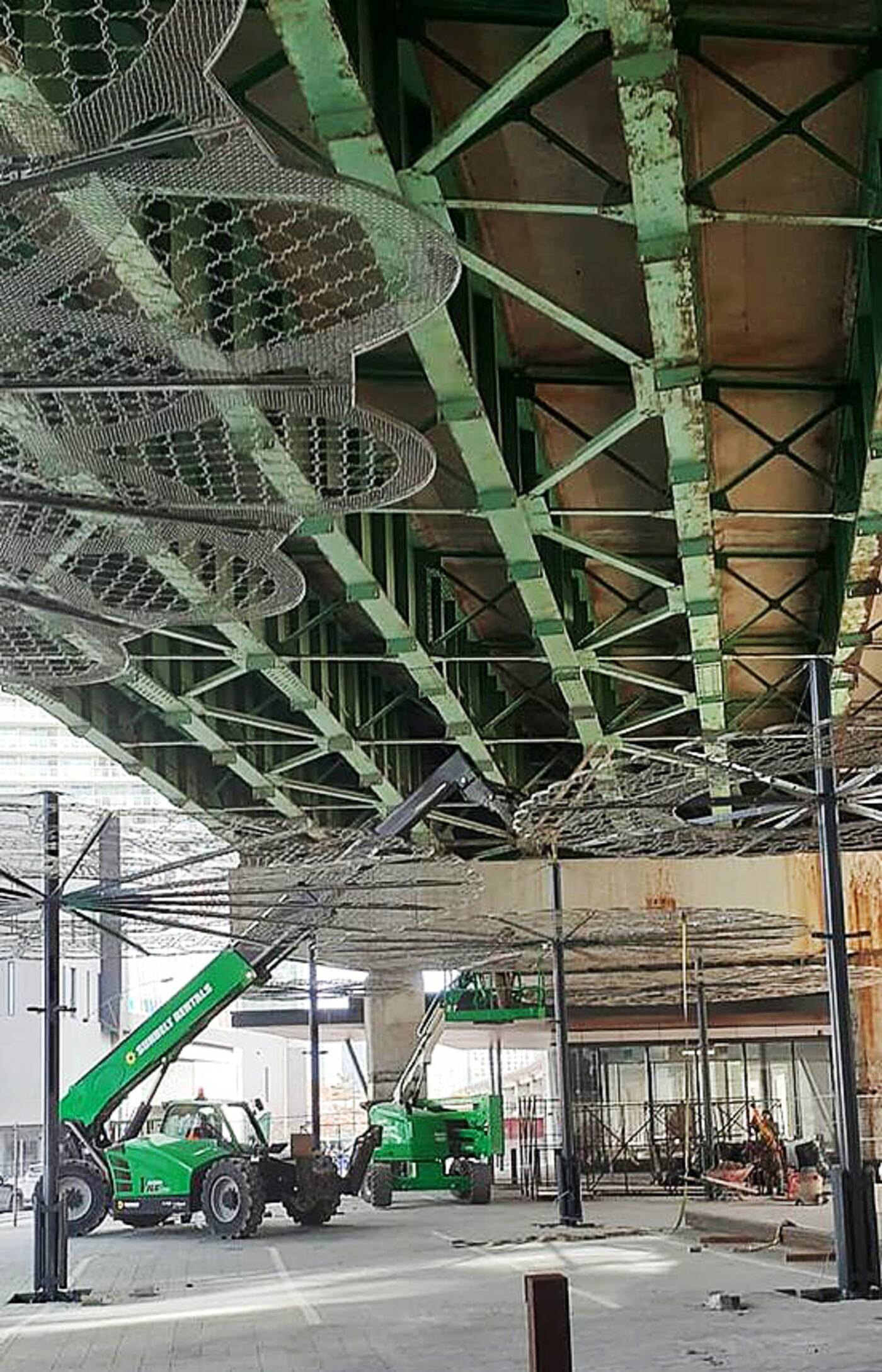 The lotuses started to be installed in January. Georgia Abela photo

The property plans go back about four years and Grossi said they started to think about what kind of public art would fit in the area at that time. They connected with artists around world and finally selected an idea from the Verhoeven Twins two years ago with the help of art consultant Ben Mills.

"They came up with a super-interesting concept, originally they were called elevated carpets that were staggered to create a little more intimacy in the space," said Grossi.

As public art, the project also needed to be approved by a City of Toronto committee.

The metal, reflective sculptures are meant to blend in with the urban landscape under the Gardiner Expressway. The finished eight pieces vary in height and size from eight to 12 feet in diameter look a bit like large umbrellas. 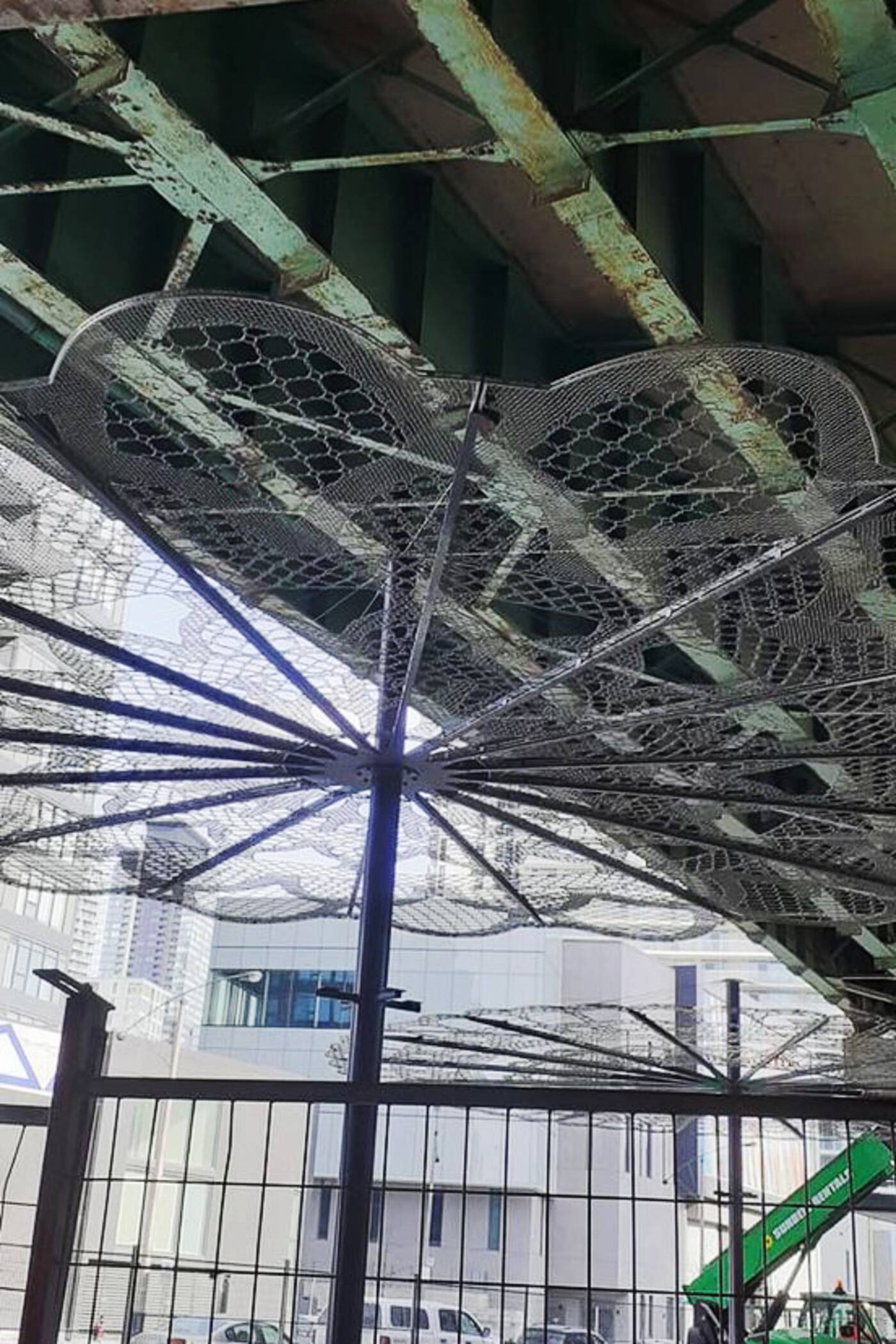 The lotuses range in size and height. Georgia Abela photo

The lighting component of the piece can be programmed to change colour and will be dramatic, particularly at night, he said.

Although the pieces were originally called carpets, the artists decided they were more like lotuses. Since the lotus is a water plant, the project was officially named Garrison Creek Lotuses as a nod to the buried Garrison Creek in the area.

"The creek has been buried for well over 100 years and people don't know that because it is two levels below the building," Grossi said.

Once the project is complete, Grossi hopes the lotuses will create a visually interesting space and attract people to the area under the Gardiner.

"It helps define the space a little better in terms of something special, a lot people won't expect those under the Gardiner."