Toronto just got a new LCBO under the Gardiner Expressway

Brown-bagging bottles of liquor under the highway just got a bit easier for Toronto residents who enjoy such activities thanks to a new, unusually-placed LCBO store.

Located just steps from the new Loblaws complex at Bathurst and Lakeshore, right between Fort York and City Place, you'll find it directly under the Gardiner Expressway.

No, not "near" or "next to" the busy thoroughfare — squarely beneath it, at 95 Housey St. 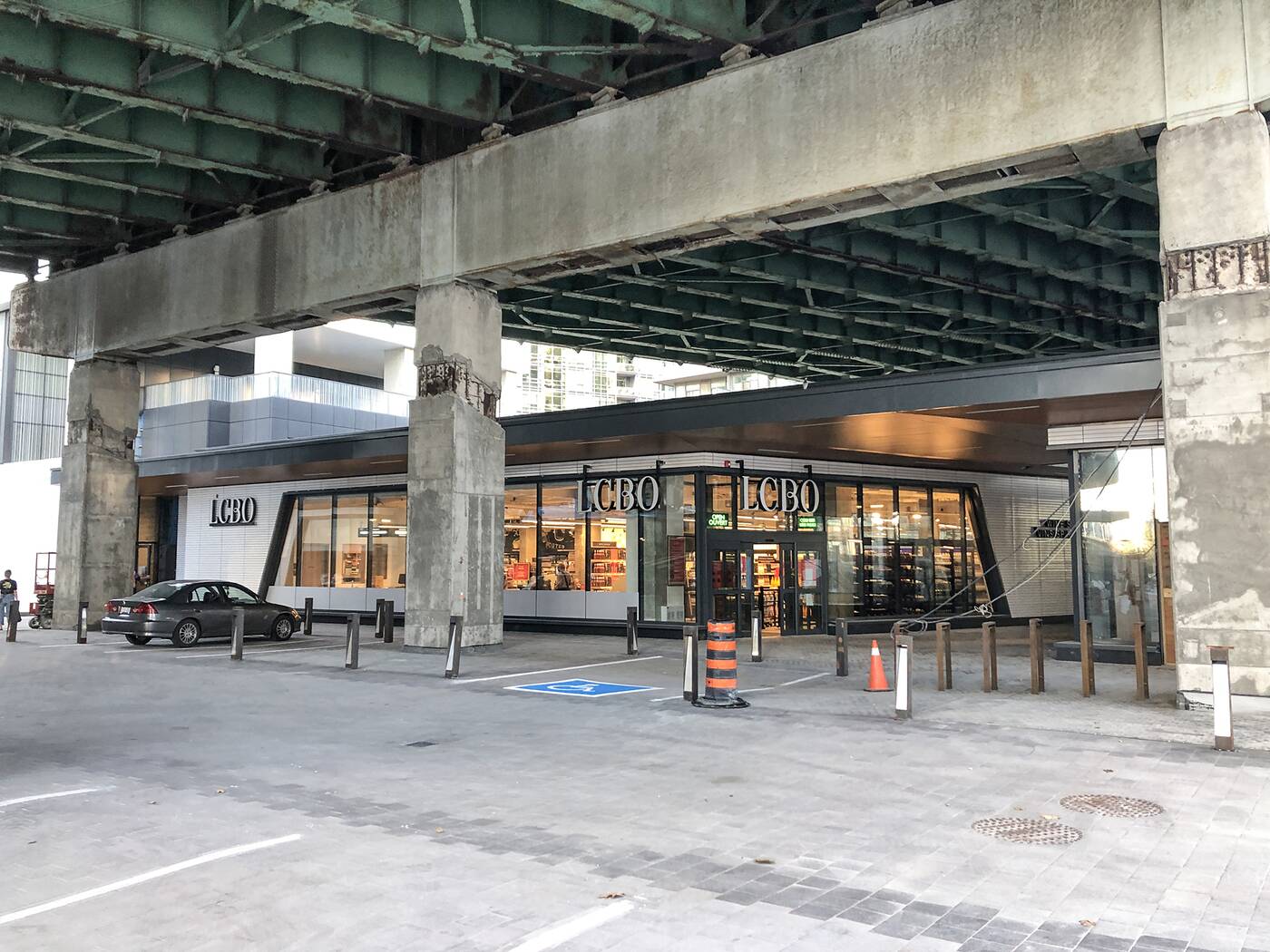 The deceptively-large new location carries some 2,050 different wines, spirits, beers, ready-to-drink cocktails and coolers, according to the liquor board. 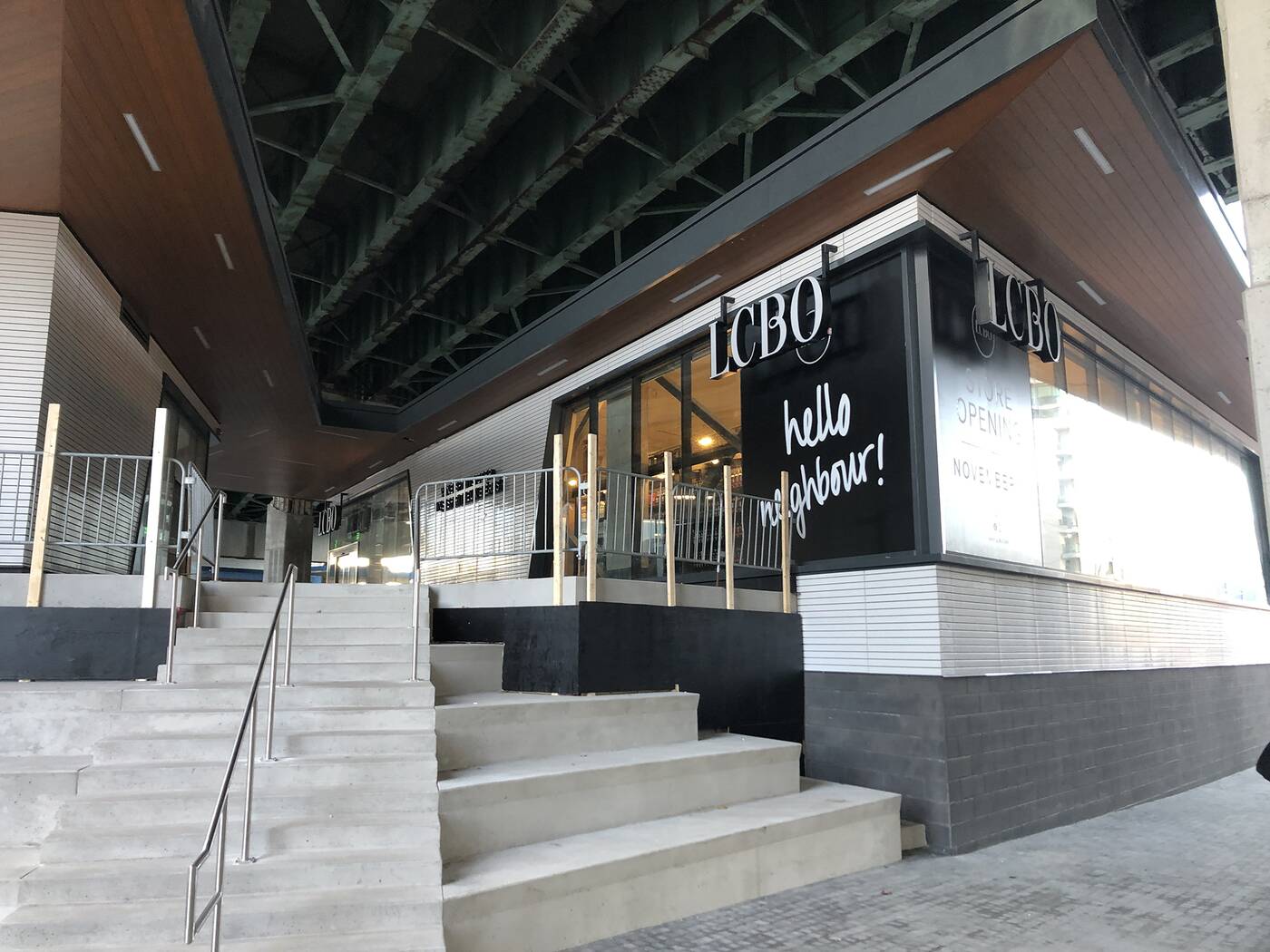 While large — 8,909 square-feet to be exact — the store is practically dwarfed on one side by the mighty steel girders and concrete columns surrounding it. 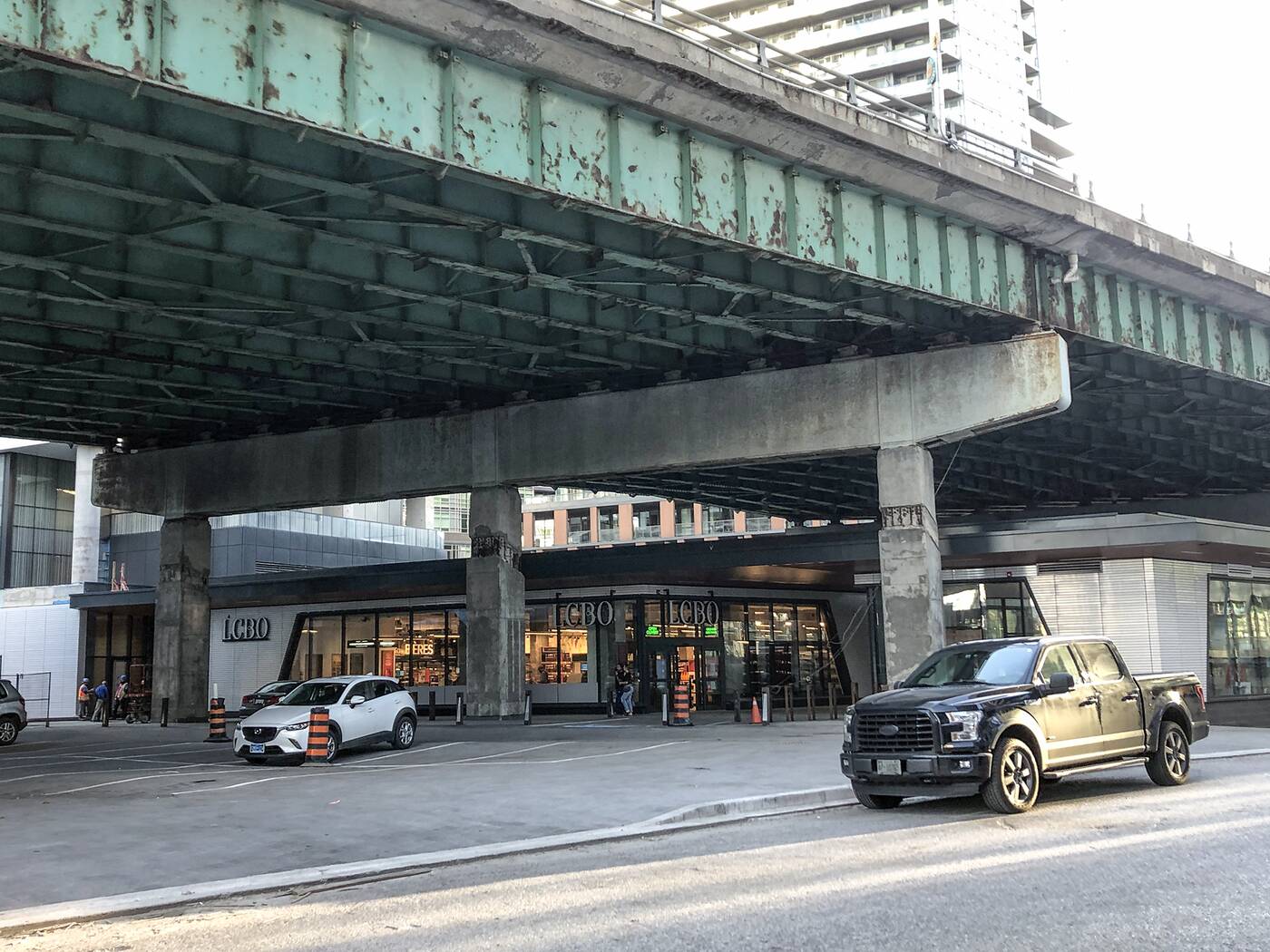 It's almost easy to miss the new lickbo, coming at it from the northeast, but a walk around the building reveals just how huge this under-Gardiner retail store really is. 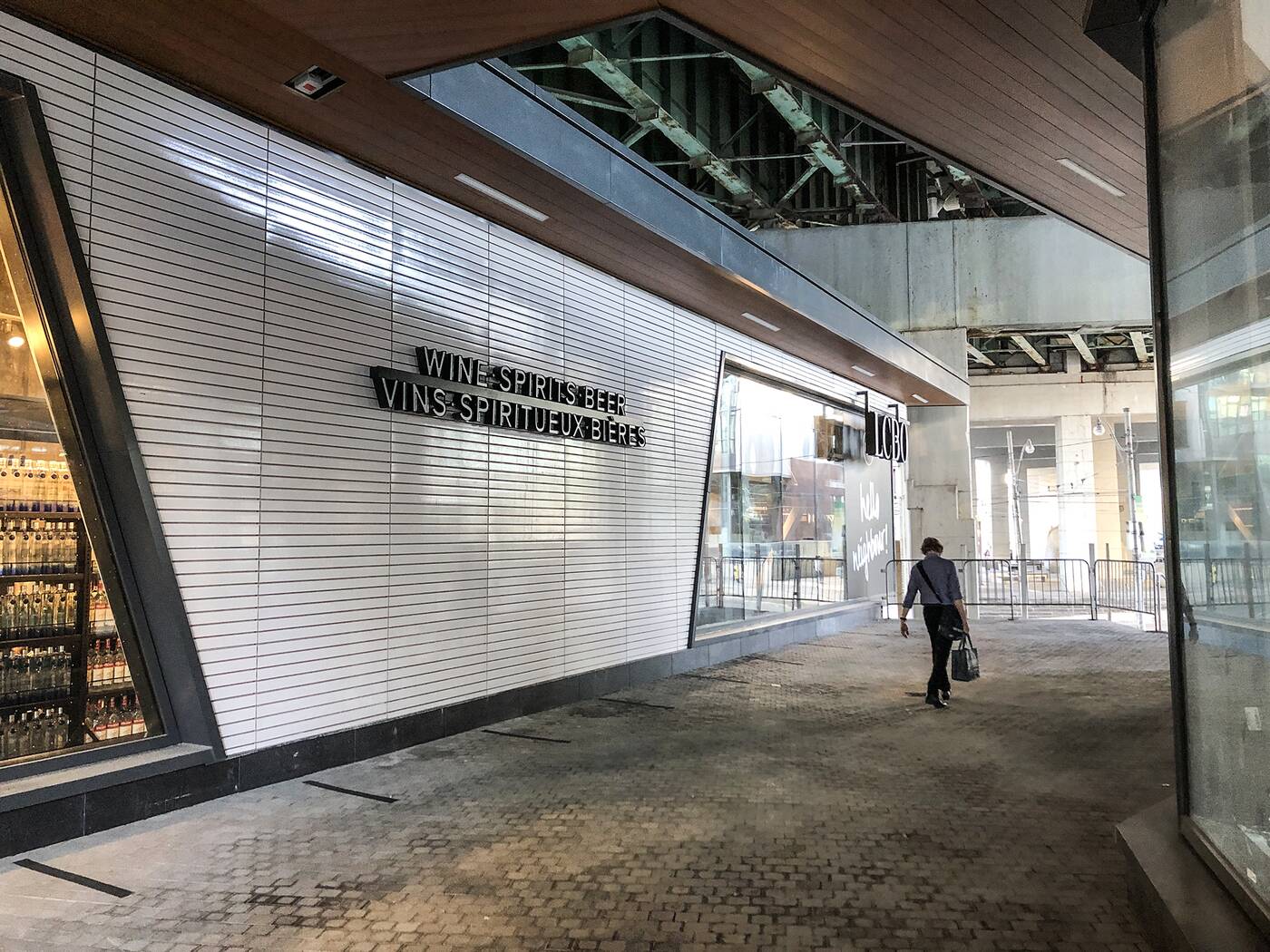 According to the LCBO, it features "236 linear feet of refrigerated shelving" alone for craft beers, coolers and the like. 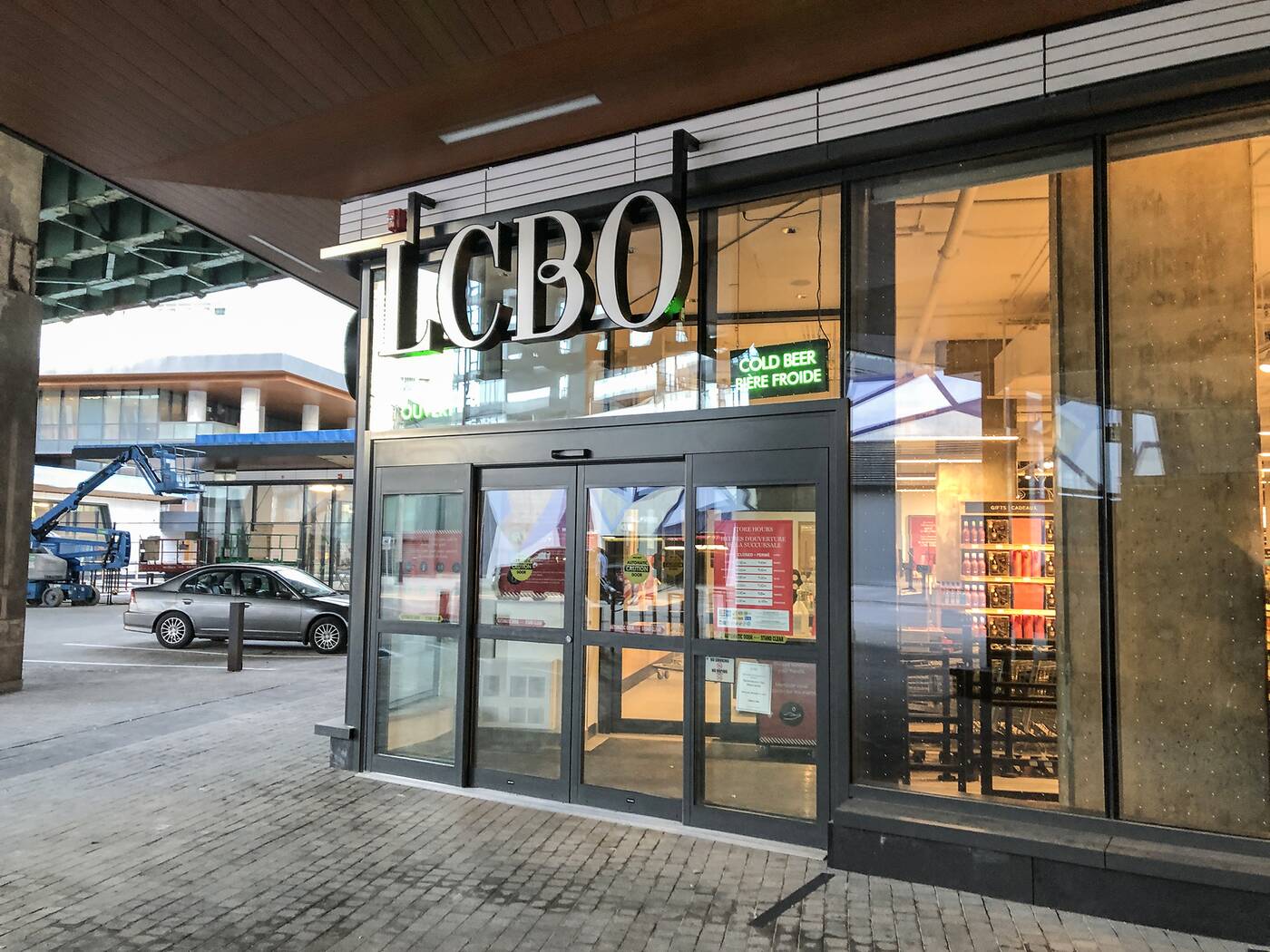 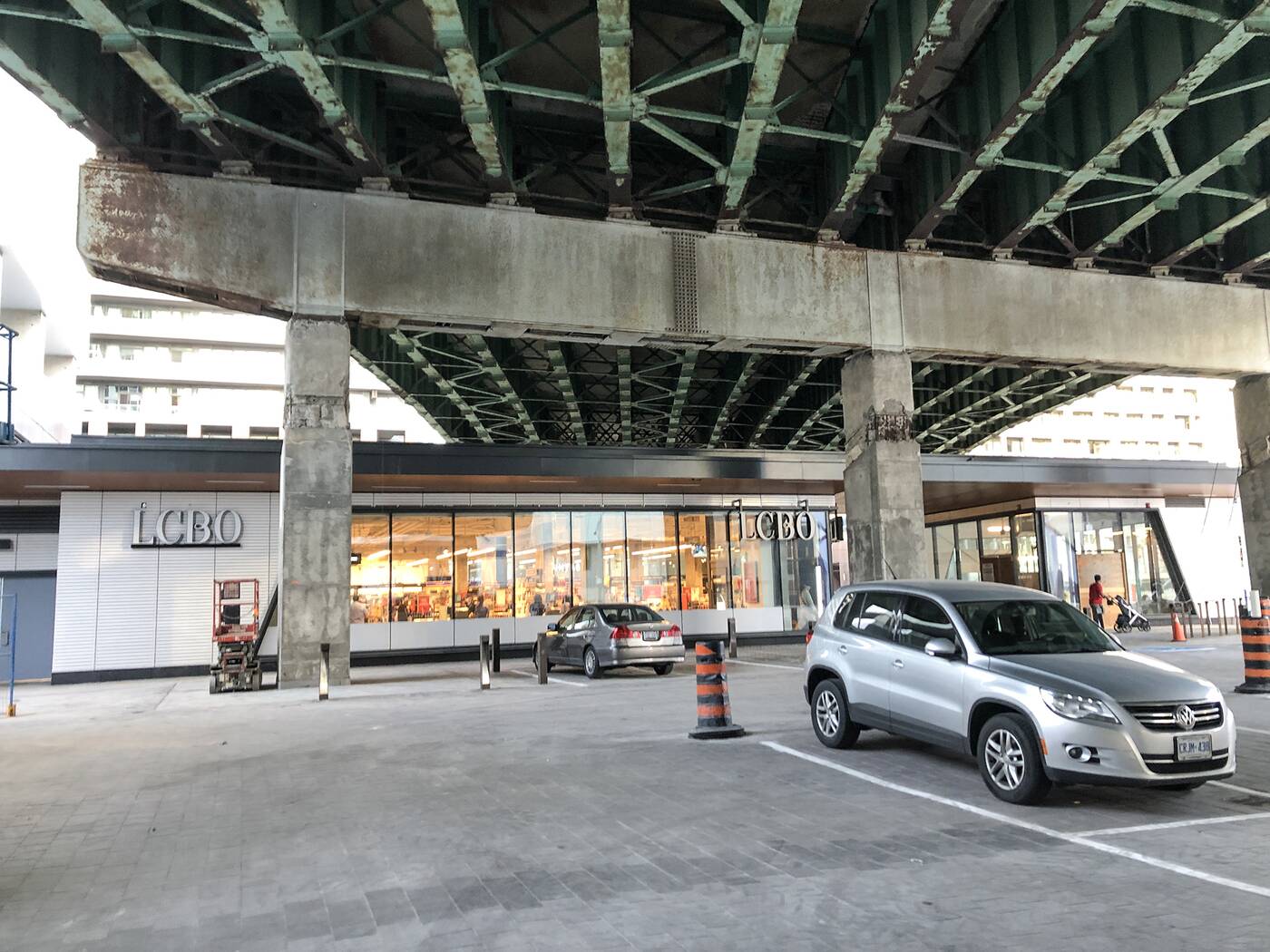 Open as of yesterday, the new downtown liquor store will operate between 10 a.m. and 9 p.m., Tuesday to Saturday, and from 11 a.m. until 6 p.m. on Sundays.

All LCBO stores are currently closed on Mondays until further notice. 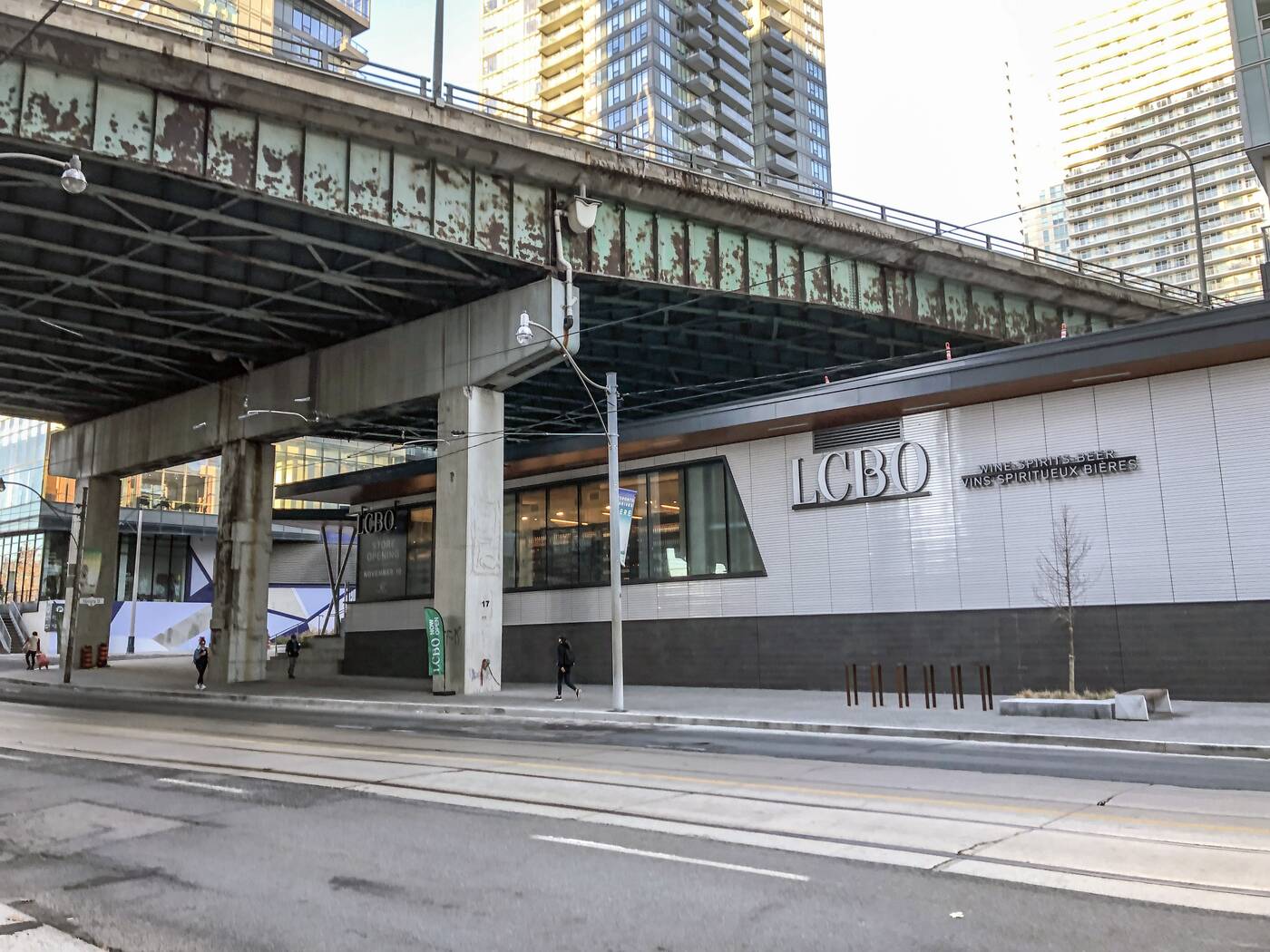 The wheelchair accessible store can be accessed by car from Housey Street, but also by foot directly from Bathurst, where stairs and prominent signs are displayed. 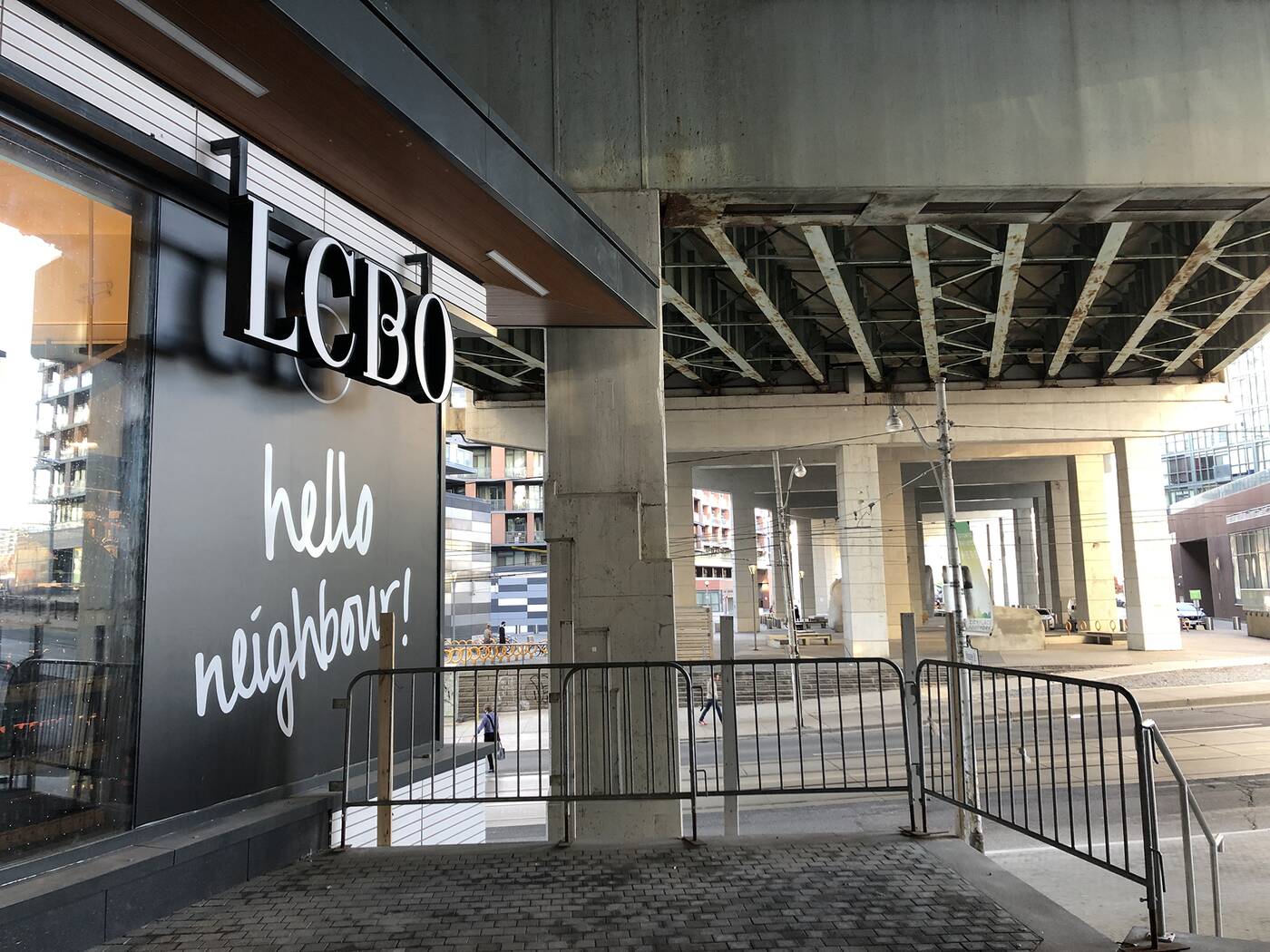 "This brand-new store will provide convenient and one-stop beverage alcohol service to nearly 28,800 community members," reads the LCBO release. "The population is expected to grow 11 per cent over the next 10 years." 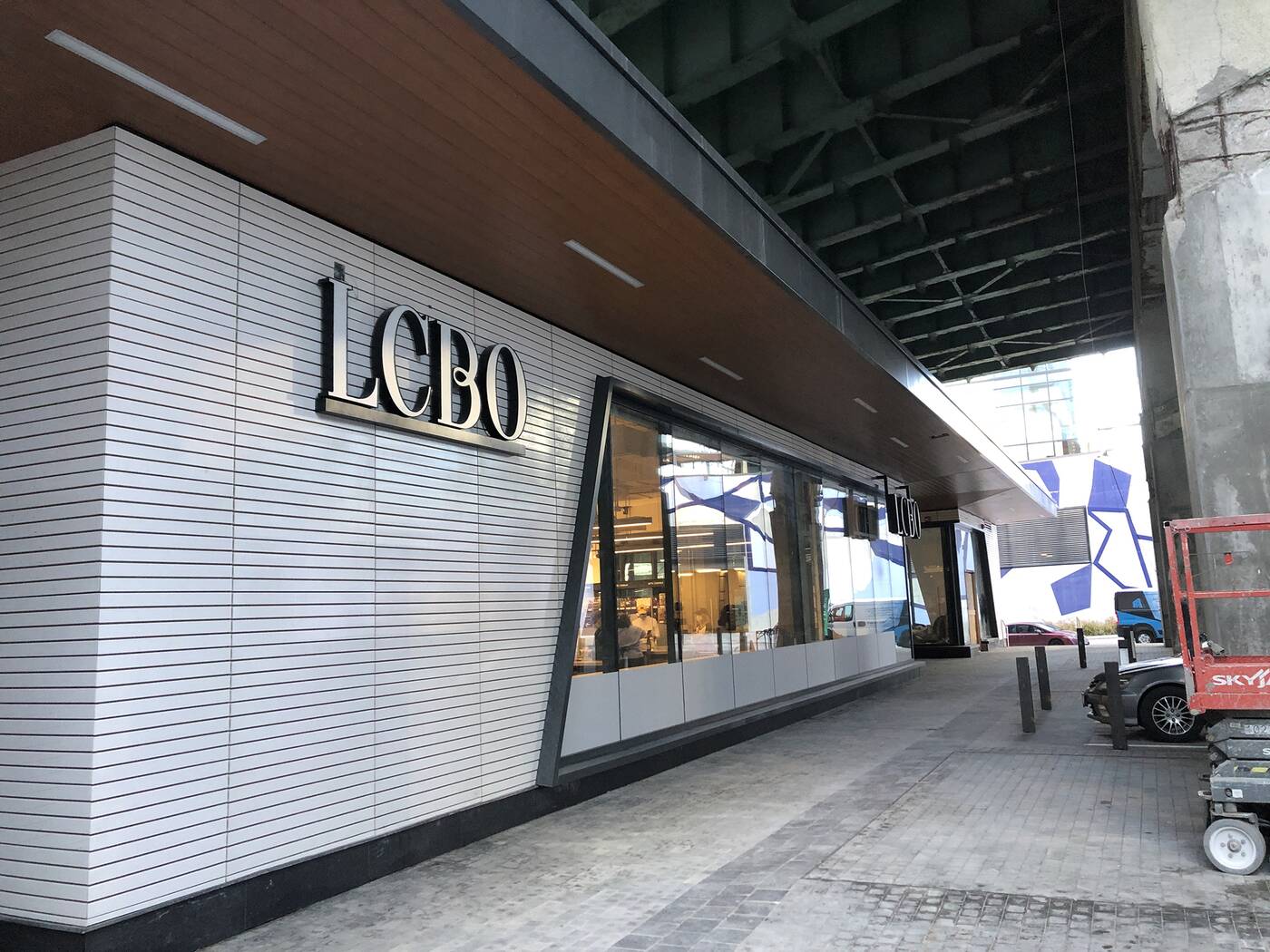 Along with the nearby Loblaws and Shopper's Drug Mart stores, this is one of the first anchors for what developers hope will eventually become the "The West Block" — a new mini-hood of sorts, under the Gardiner Expressway, featuring everything from cafes and restaurants to public recreation spaces.

Heavy construction on what appear to be retail stores surrounding the freshly-opened liquor depot suggest that it'll be flanked by neighbours soon enough.