An odd-looking pink and yellow statue with a Trump pin that appeared on a footbridge at the West Toronto Rail Path sparked an online debate recently.

Toronto resident Malachy Curran stopped to take a photo of the little statue as it was decked out in lights on the bridge.

"Came across this madness on the Junction rail path pedestrian overpass," Curran said on Jan. 11 in a post on the Weird Toronto Facebook group.

The statue had a Thomas the Tank Engine-looking face painted bright pink with a pink gun and a yellow scarf and body.

Curran told blogTO he didn't know anything about its origins, but he believed the Trump pin was added to the piece after it was first erected. 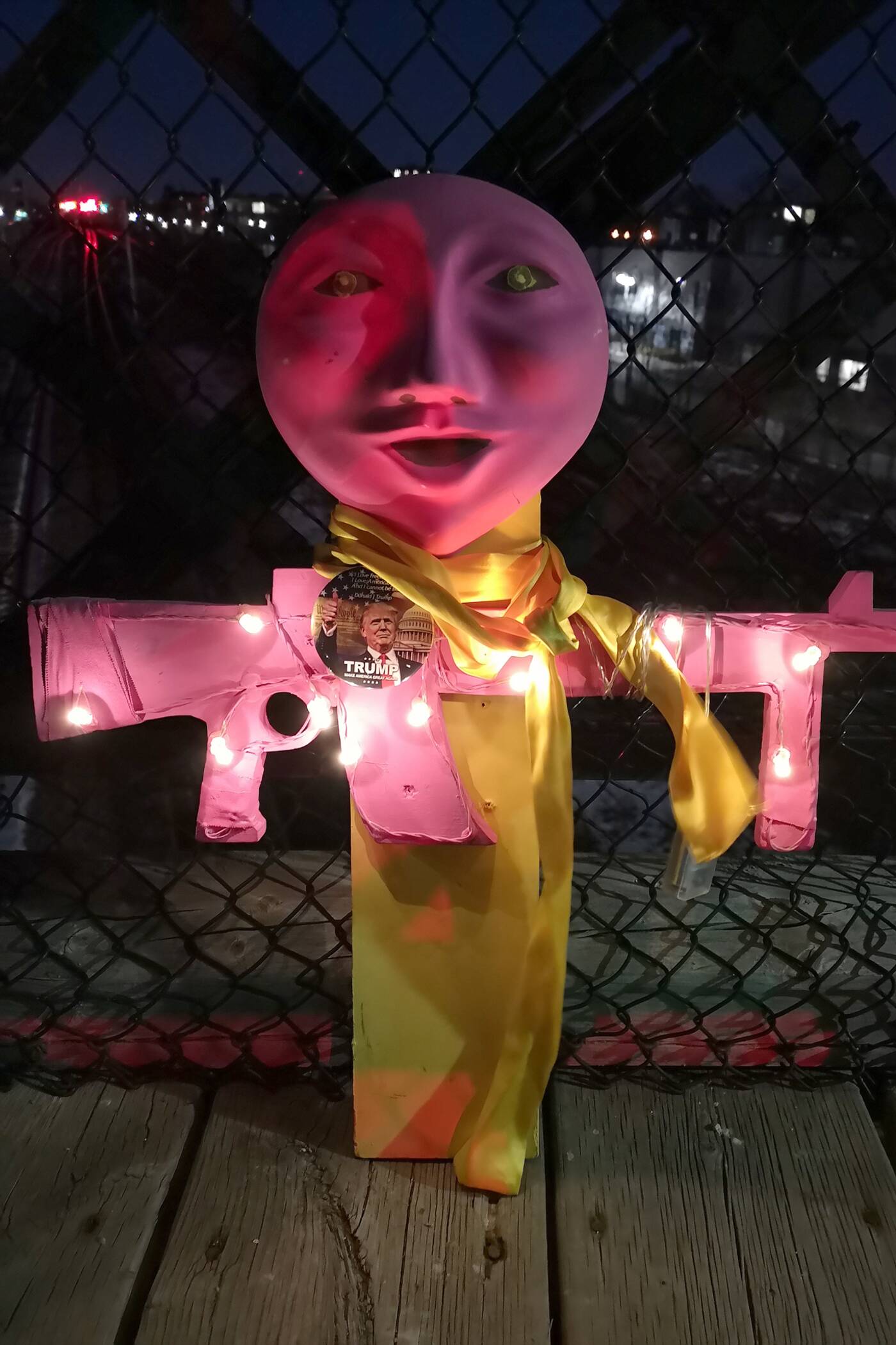 The Trump pin was likely added later to the piece on the footbridge at the West Toronto Railpath. Malachy Curran photo

"It's a trump cult shrine," one person wrote.

Others said they hated it, and someone even suggested kicking it.

"Too bad you can't toss it over!" one person said.

Unfortunately or fortunately, depending on your point of view, someone took the above advice to heart and the piece was soon found smashed. Part of it was found kicked over the side of the bridge. 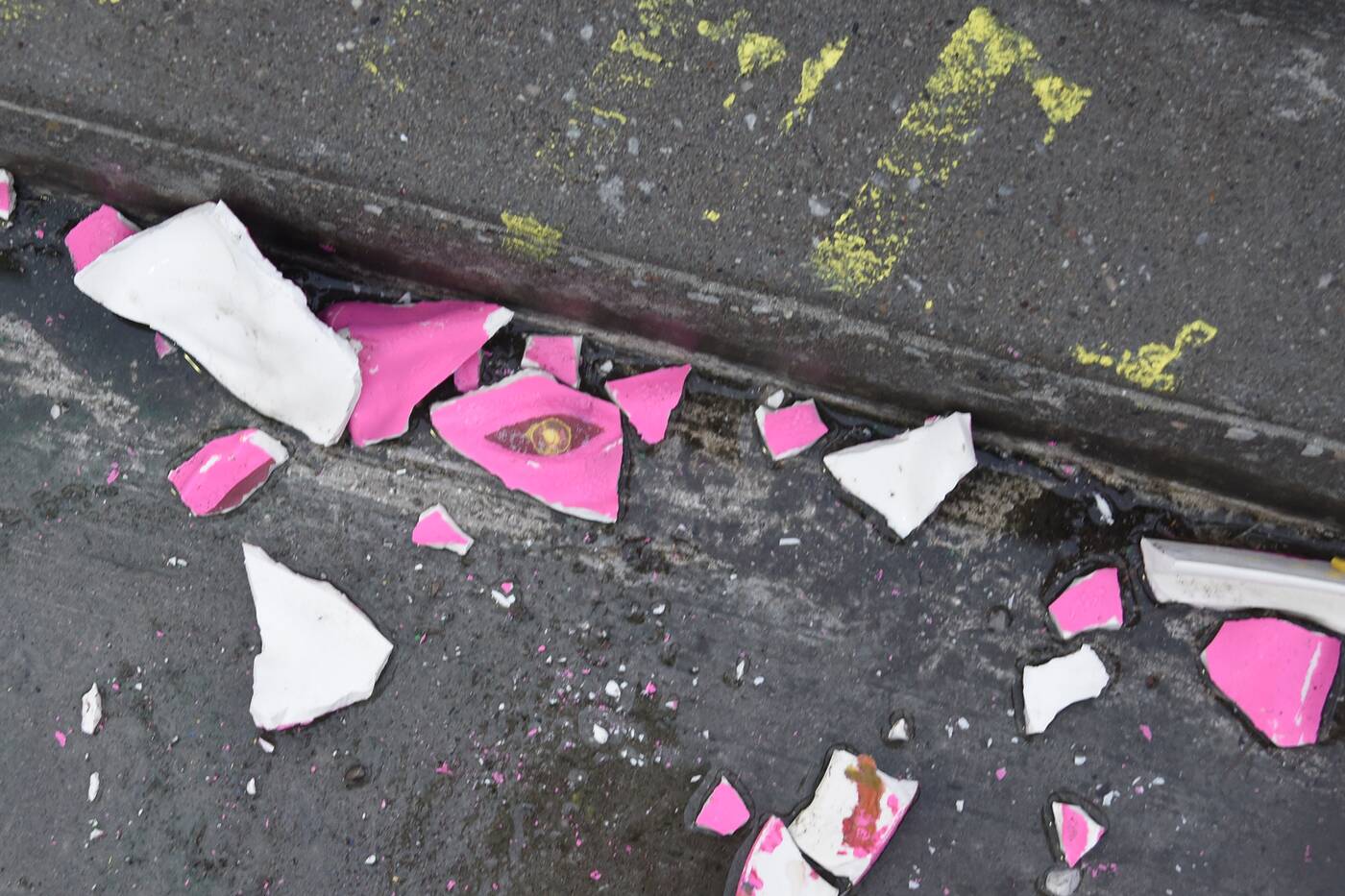 The head of the statue was smashed as of Jan. 13.  Karen Longwell photo

It could be that people misinterpreted the piece, as one person noted.

"People make art," said one commenter. "Other people put stickers or graffiti on the art. They are not the same people. If someone wanted to make a pro-Trump piece of art, they would not do it by making some random thing and then adding a sticker that isn't part of the design and can easily be removed.

"My guess is that the artist and the sticker putter are 2 different people, only one of whom has an obvious agenda." 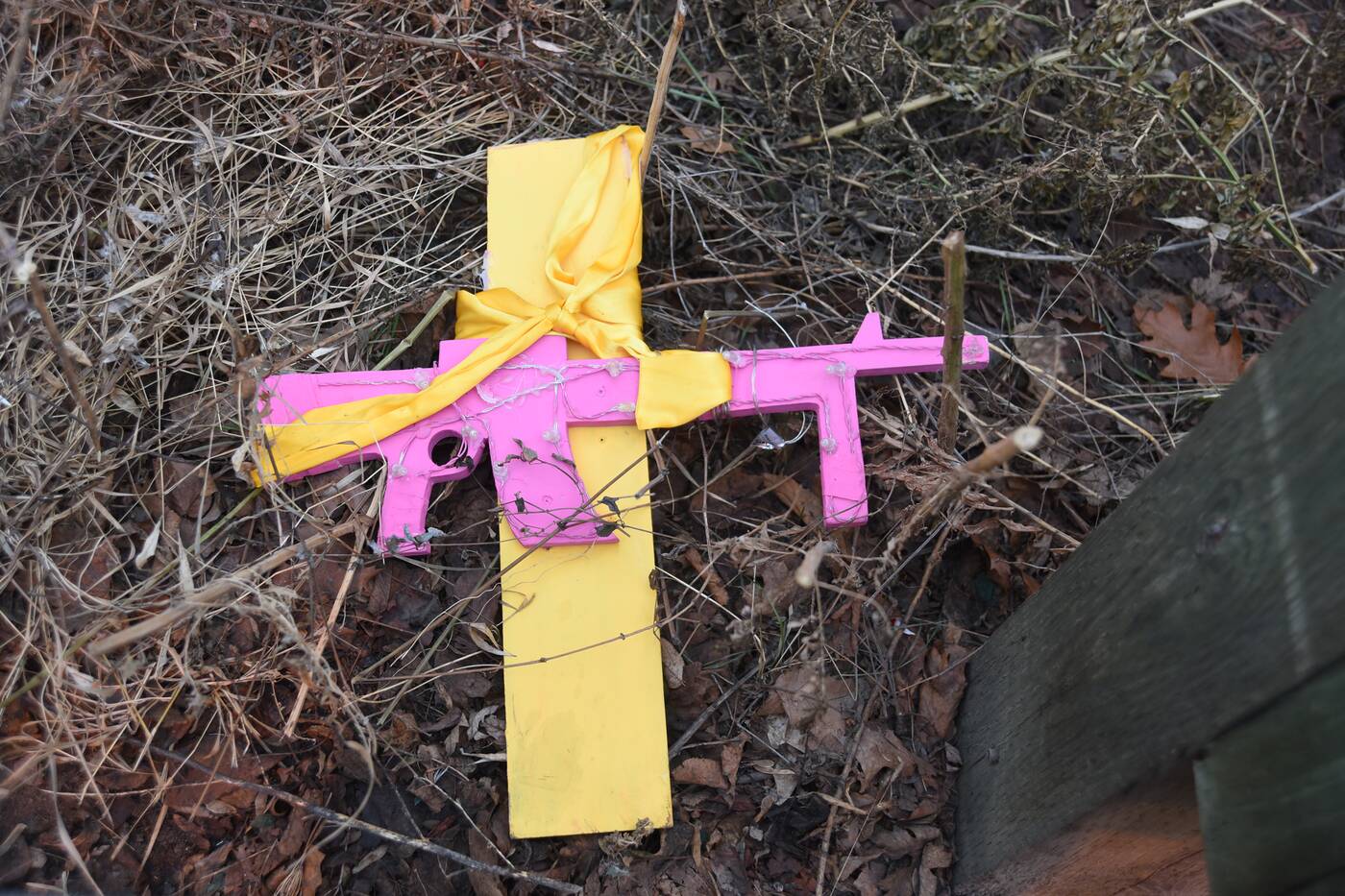 The body of the statue was found on the ground under the footbridge. Karen Longwell photo

Another person suggested the Trump pin or sticker doesn't make the statue pro-Trump.

"If I put a Nixon mask on a statue am I pro Nixon?" the person wrote. "Seems like some pretty weird random pop art. I like the gun with lights on it as arms."

"Trump on a gun does not seem a Pro Trump message to me, possibly a commentary on his recent affairs," one person wrote.

The artwork isn't the only piece to pop up in Toronto recently — first there was the horned figure in High Park, and then two monoliths in Humber Bay.

The West Toronto Rail path, a 2.1 kilometre trail cutting through the Junction Triangle, is known for its artwork.

There is art by DeRAIL, StART, artists like Alexander Bacon and Que Rockford (you can watch a video on the duo's Dupont Street Underpass mural) and Lynnette Postuma (whose 12,000 square-foot Gradation wall pays tribute to the trees of the trail). 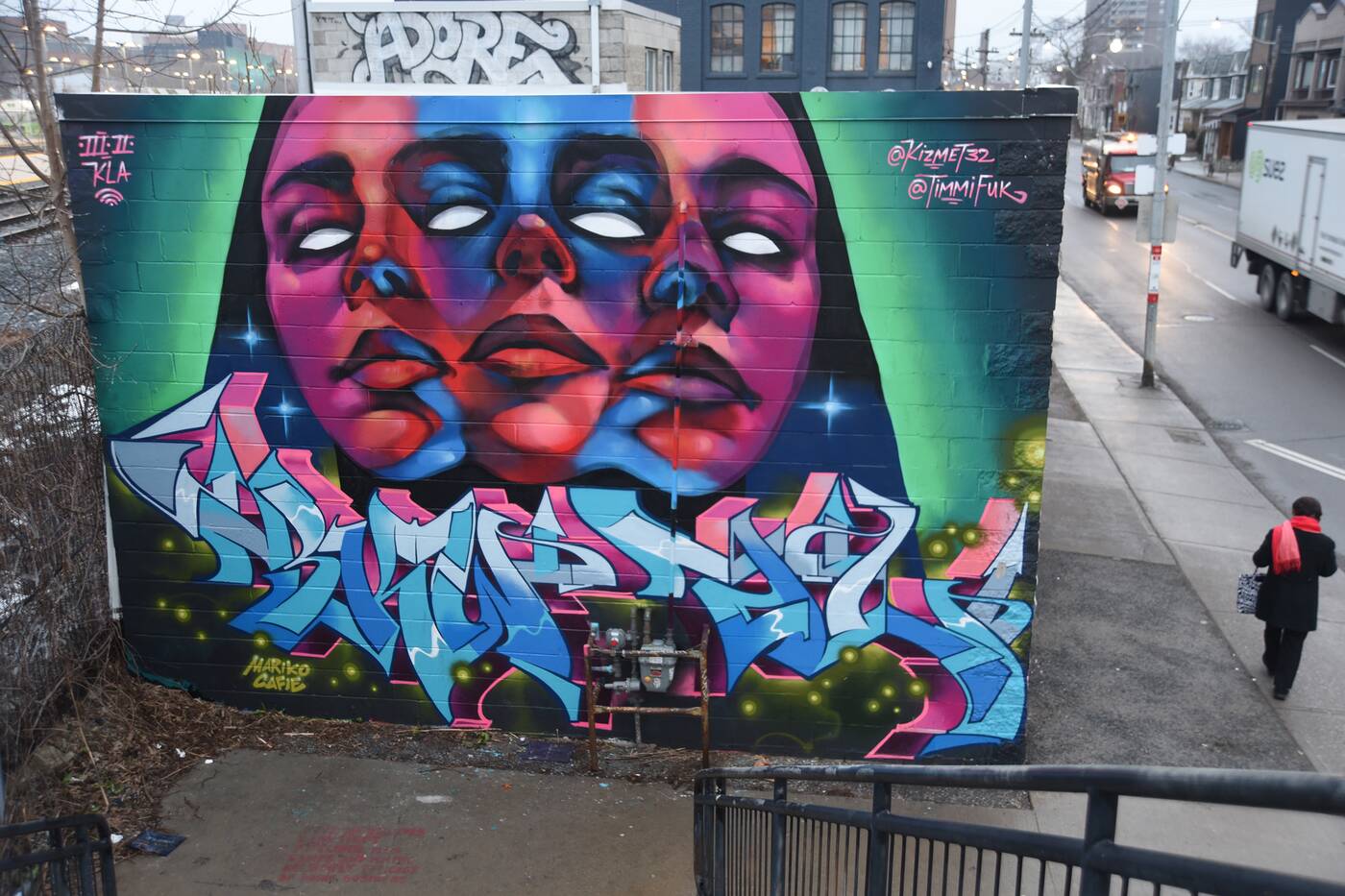 There are murals and many other art pieces around the West Toronto Railpath. Karen Longwell photo

The volunteer group Friends of the West Toronto Railpath calls it a "living canvas", which is an apt description of this changing trail.

The overpass, the Wallace Avenue footbridge, is a sight in and of itself, built in 1907 by the Ontario Bridge Company. It is a historical landmark that provides an uninhibited view of the trains as they travel underfoot.

Love it or hate it, seeing a bit of art is a welcome distraction on a cold January day in the midst of a pandemic.