A sculpture of a female figure with horns, carrying two lanterns and hidden in a forested area of High Park does not appear to have been created for any nefarious purpose.

The human-sized figure was spotted in the forest near Colborne Lodge by a member of the Weird Toronto Facebook group. The post in the group drew speculation of its purpose.

"Looks like something from Stranger Things," one person wrote. 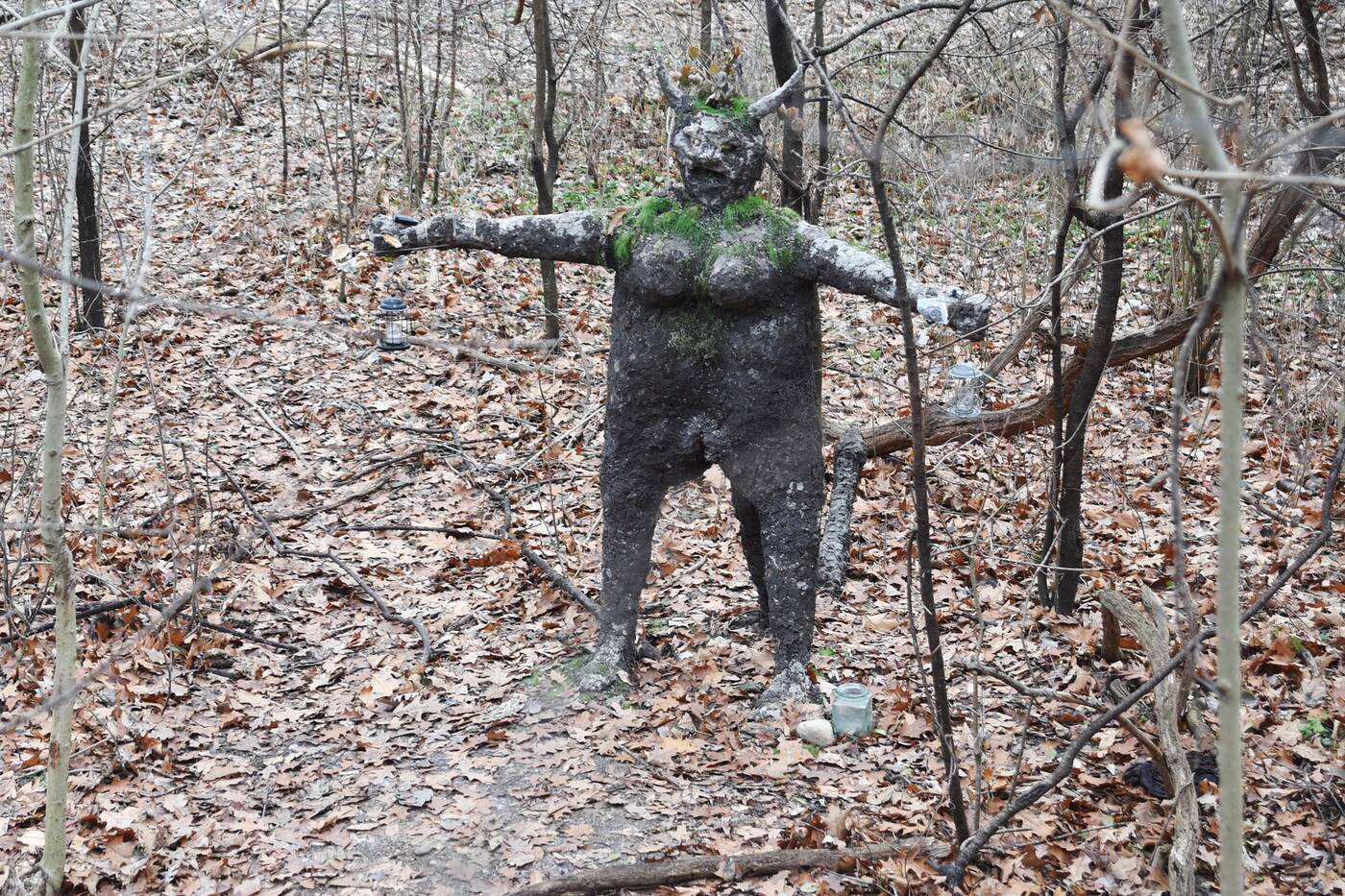 The statue is in the woods off a small trail near Colborne Lodge.

Others thought it was a Satan-like form and recalled the witches' circle of stones that were once in the park in around the same area.

Another person posted the piece was actually created by a friend.

The person behind the sculpture, who goes by the name MA, told blogTO the piece is a work of guerrilla art.

The statue was built over about three weeks this summer, MA said via email.

Originally intended to be a male figure, the statue was changed to female after it was vandalized.

"An archetypal pagan form with definite female characteristics just seemed to work," MA said. "I guess it's partly an homage to pagan worship of nature, and partly just to be a bit weird and get people talking." 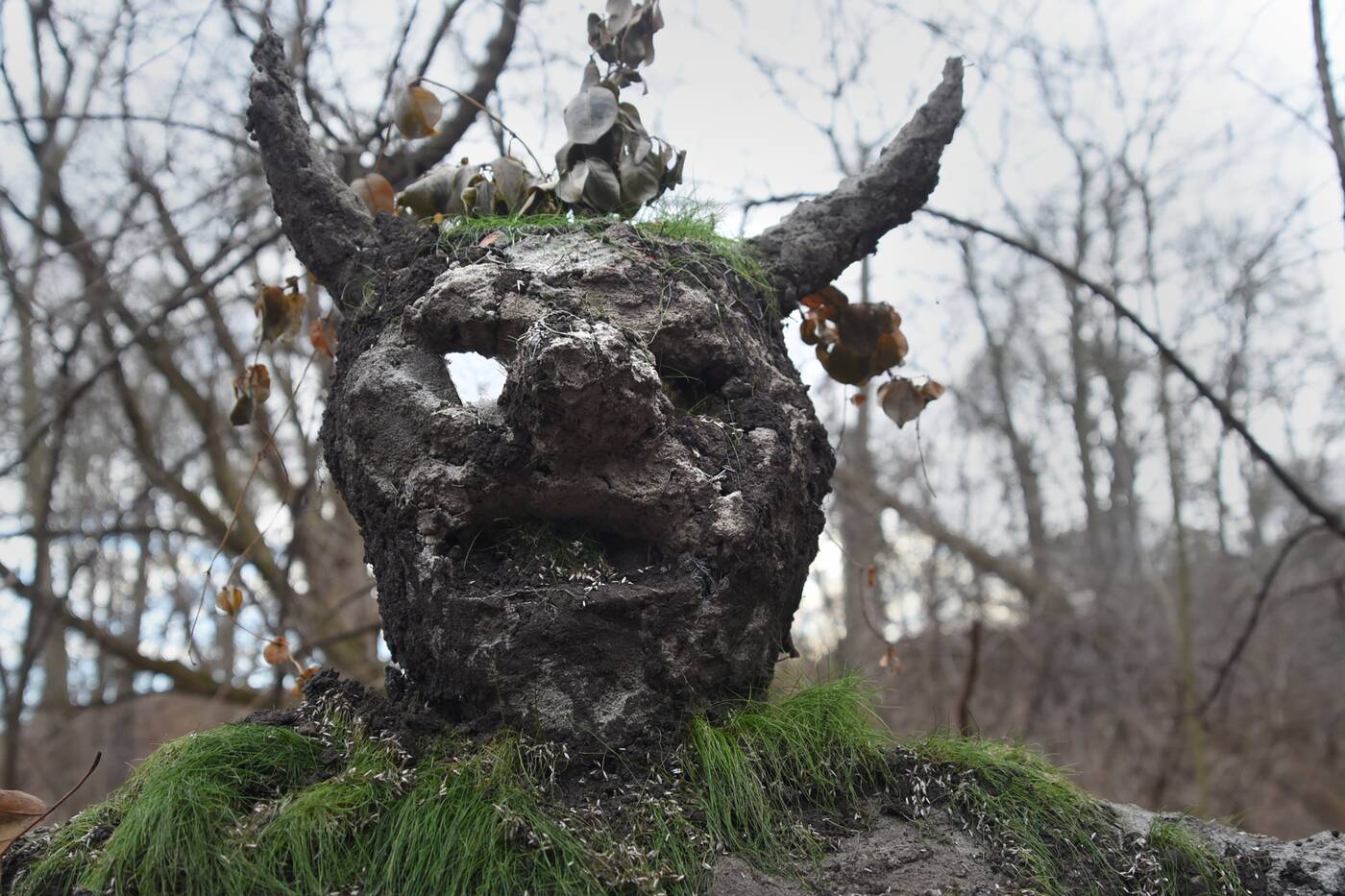 The sculpture is made with natural materials along with a rebar and concrete.

"Basically I was tired of seeing art being defaced for the sake of a cheap laugh, and realized that going 3D was not only more permanent but also visually commands a bit more respect as far as guerrilla art goes," the artist said.

The piece is made from concrete and rebar for structural stability, recycled stone and brick mortared into a wire frame and copper pipe inside for irrigation and water drainage.

Compacted earth fills all the crevices "for grass and plant material to naturally envelop her over time and become part of the piece."

The park was chosen because for its environment.

"High Park is a special place for me, and despite being in the middle of a concrete jungle it is still a fairly quiet and beautiful green space where you can be alone and take things in."

The park has a lot of traffic, but MA intentionally picked a spot that wasn't too near any main trails. 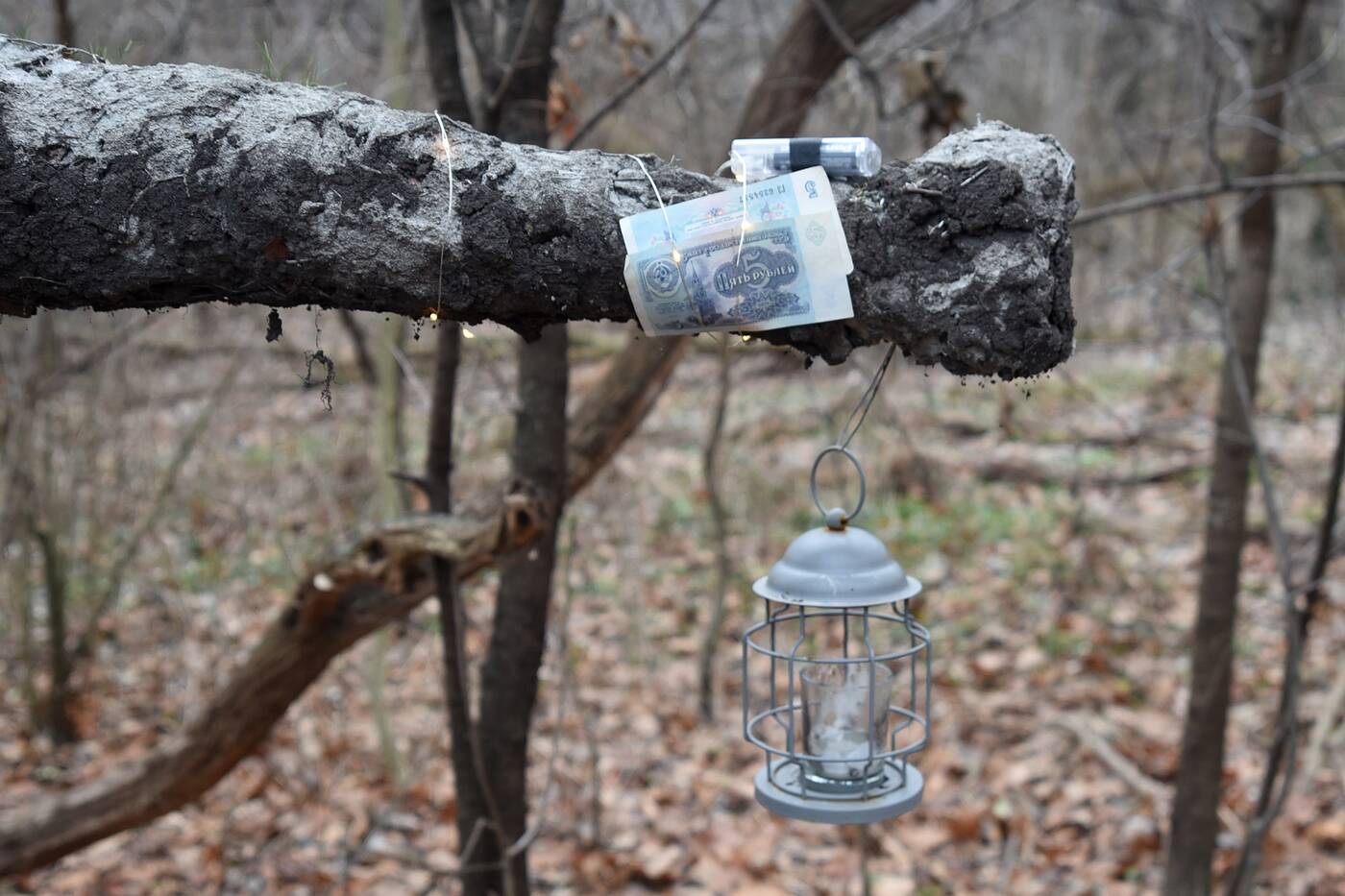 The lanterns were part of the original piece but people have added lights and an offering jar.

"I like the idea of it being in a more or less secluded place and that it might catch the odd person's eye if they should ever veer off the beaten path and go exploring, it adds mystery and it's a conversation piece that way," MA said.

Since the statue has been in place, people have added battery-powered string lights, and an offering jar by her feet, which is fine with the artist.

"Once a piece is out there, to some extent it isn't really yours anymore," MA said. "It becomes public domain, and takes on a life of its own. That's what I want, to inspire through obscurity."