This is the woman behind the wallpaper at Toronto's hottest restaurants

It's not hard to recognize the work of Toronto artist Candice Kaye.

The 30-year-old artist's sprawling, leafy designs are eye-catchingly colourful, and they usually only grace the walls of the most popular restaurants in the city.

Like the sultry dragon motif snaking through the new Planta on Queen, or the geometrical Chania-coloured walls in Byblos' beautiful uptown location, Kaye's bespoke designs redefine wallpaper as more than just the backdrop to a beautiful room.

Since making her first splash in 2014 with a collection of custom prints for the chic New York cafe Maman, Kaye's work has graced the walls of more than 14 places in Toronto alone. 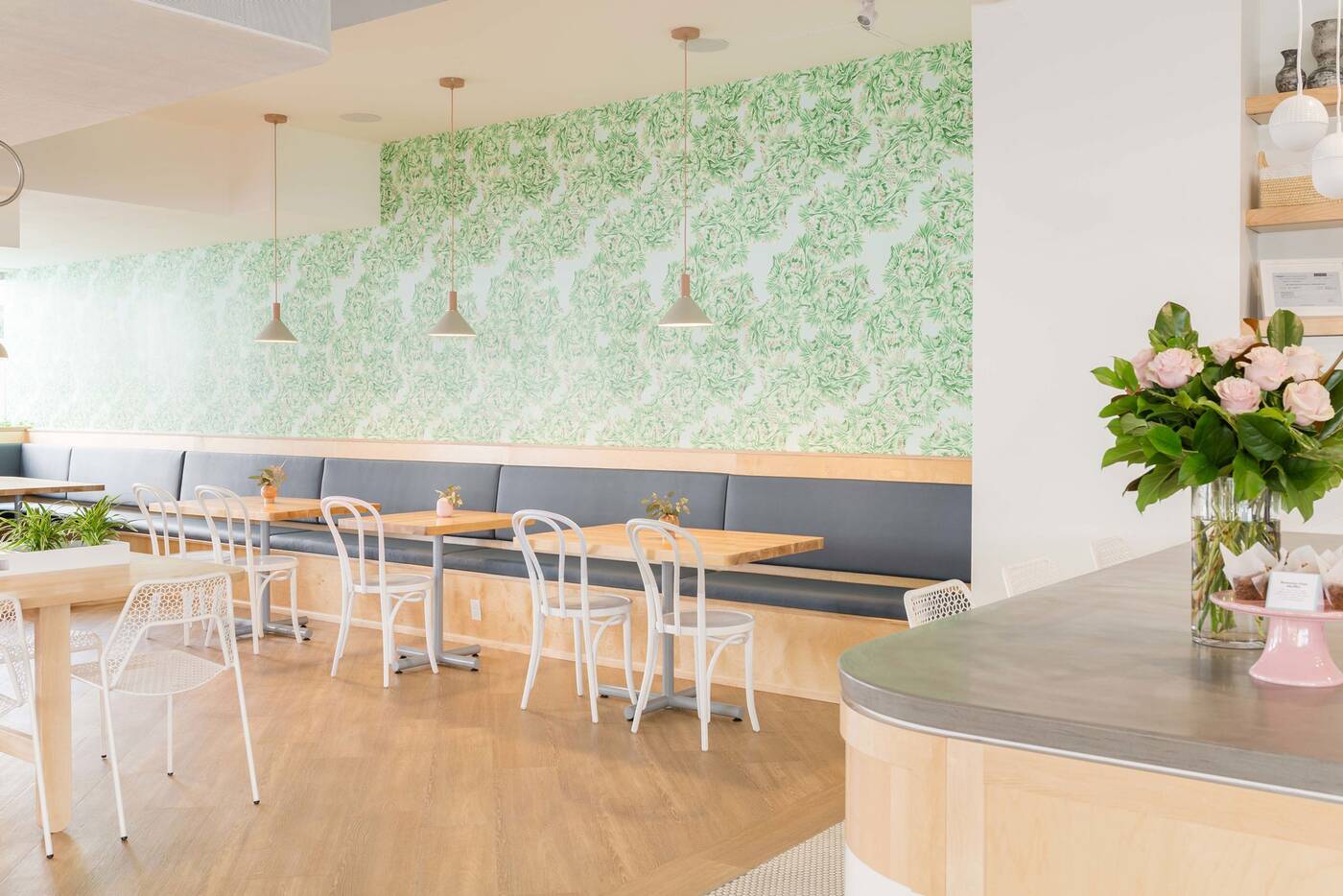 The wallpaper at Mary Be Kitchen.

Her splashy designs turn wallpaper from an afterthought to the centrepiece: it's hard to envision the wholesome kitchen Mary Be without its cabbage head-covered walls, or the Bondi Beach-inspired cafe Baddies without its surf wave prints, or the butts at BOLO.

"A lot of my clients are people who want to be loud...When you invest in a bespoke piece, you want to be seen," she says.

"You dont even need a logo anymore, it's the print that speaks for the restaurant."

Raised in Richmond Hill, Kaye's entry into the art world was pretty atypical: she never did the Material Art & Design program at OCAD, or design courses at Ryerson.

She was a dancer—for the Raptors Dance Pak, actually—and never had any visual art experience before picking up a camera and falling in love with blogging, Tumblr, and mood boards.

Hooked, she started teaching herself about textiles, and before long was accepted into the Fashion Institute in New York, followed by fashion interships while waiting tables on the side.

Her obsession with wallpaper started out of necessity; it was cheap, she says, in comparison to the yardage of rug fabrics.

Planta on Bloor was her first project after moving back to Toronto, and its giant banana leaf walls were such a hit (it's one of the most Instagrammable restaurants in Toronto), she's since done two more designs with Chase Hospitality Group, including the flamingo-covered island at the salad bar Palm Lane.

"Its getting to the point where people are saying, Do whatever you want,'" she says. "That's never happend in my career before." 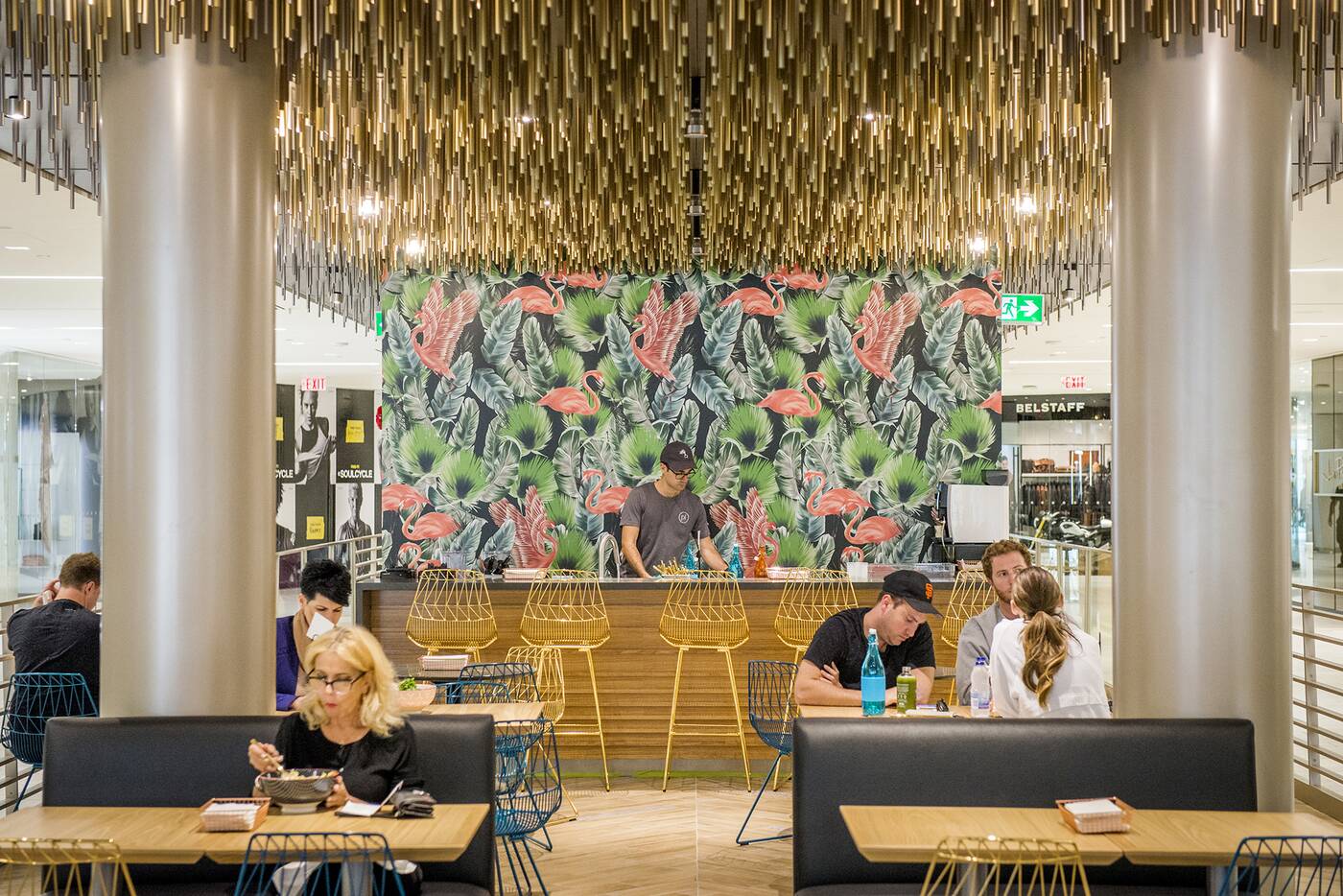 The wallpaper at Palm Lane.

Since officially launching her company Candice Kaye Design two years ago, the artist is now opening up to all types of surfaces for her art, and expanding her clients from just eateries to brands like Nike, Roots, and the powder rooms of celebs like Hannah Bronfman and Brendan Fallis.

She keeps busy with designs for new restaurants in Montauk and Miami, sourcing rugs from Nepal, Iran, or China, fabrics from Florida, or Italy, for the indoor and outdoor-friendly threads.

"The dream would be everything...the fabric, floors, the ceilings, the napkins," she says. "It’s step by step...but now, I'm on the hunt for flowers that I've never seen before.”