This Ossington laneway is Toronto's other graffiti alley

The Ossington Laneway is one of Toronto's unsung graffiti strips.

Not nearly as frequented as the highly touristed Graffiti Alley on Queen West, or as celebrated as the painted pillars of Underpass Park, this 200-metre stretch is still one of the best embodiments of the decorated laneways that the city is known for. 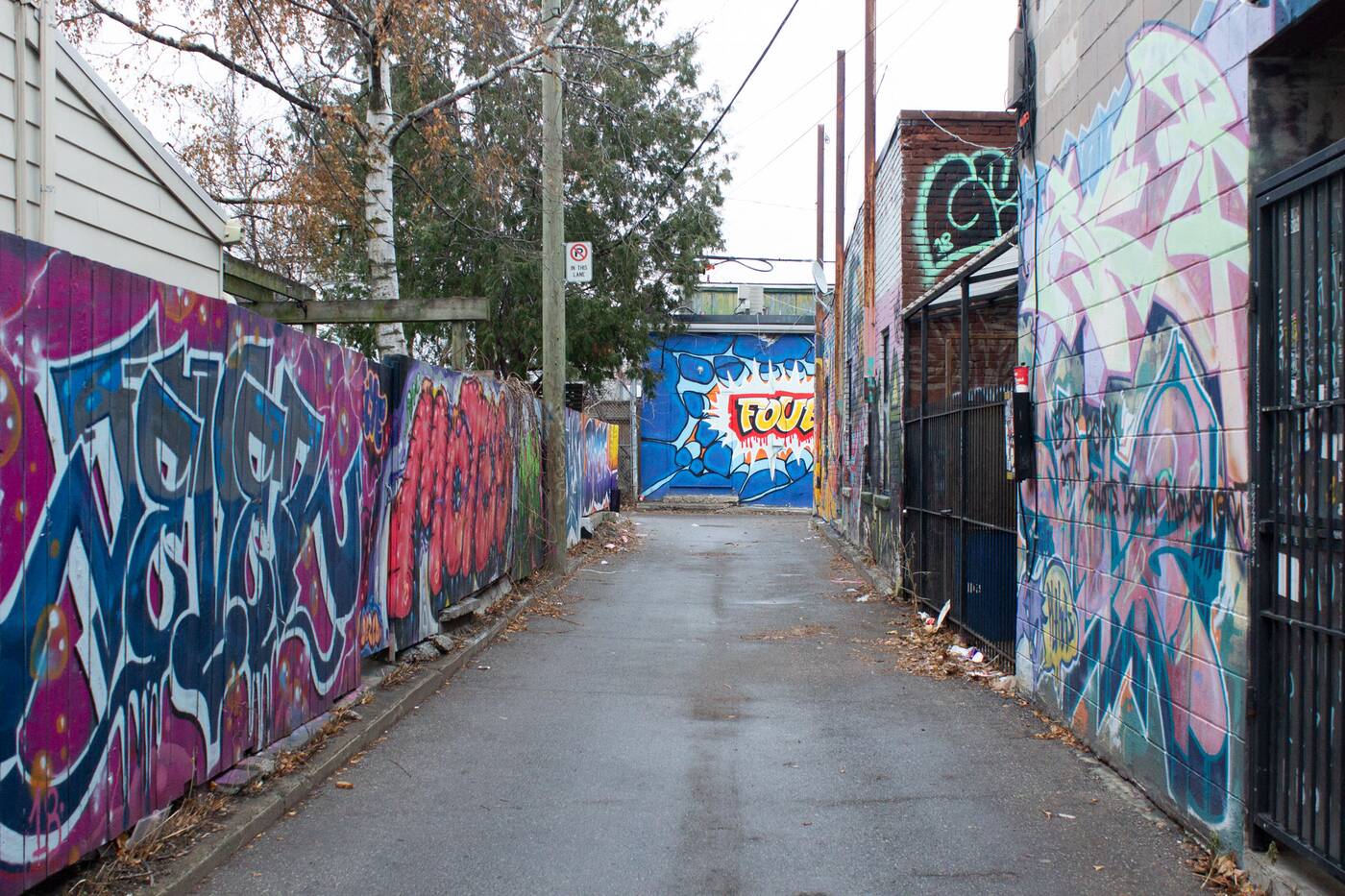 This back alley runs parallel to its namesake street, sitting just west of Ossington and book-ended by Queen St. to the south and Humbert St. to the north. 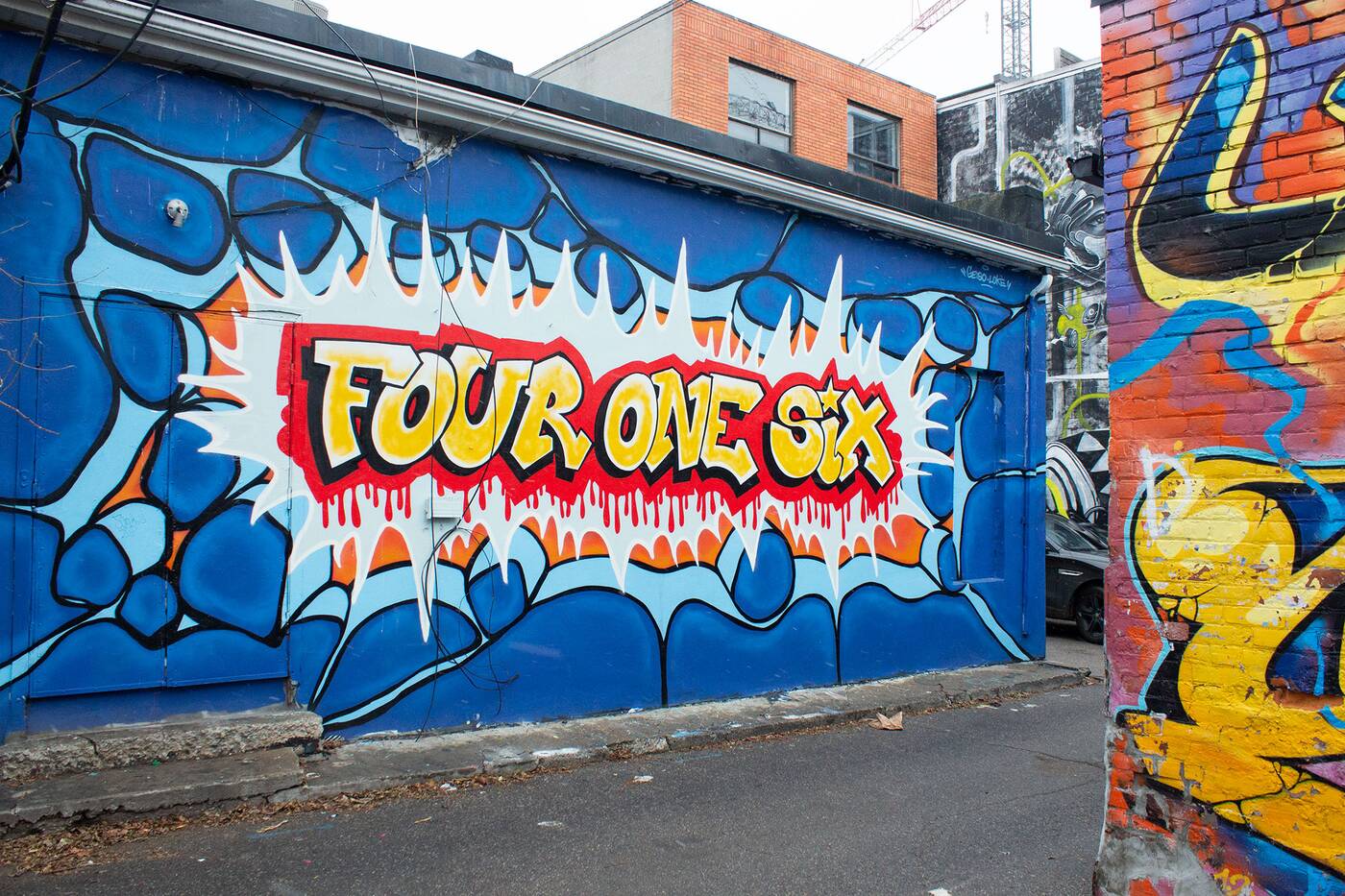 The 200-metre alley features works from over 20 writers from Toronto and abroad.

There's no sign demarcating it, but you can you can access the Laneway through a few entry points, including its south entrance on Queen, right next to the shoe store Gravitypope, or its north entrance on Humbert just west of Greek restaurant Mamakas. 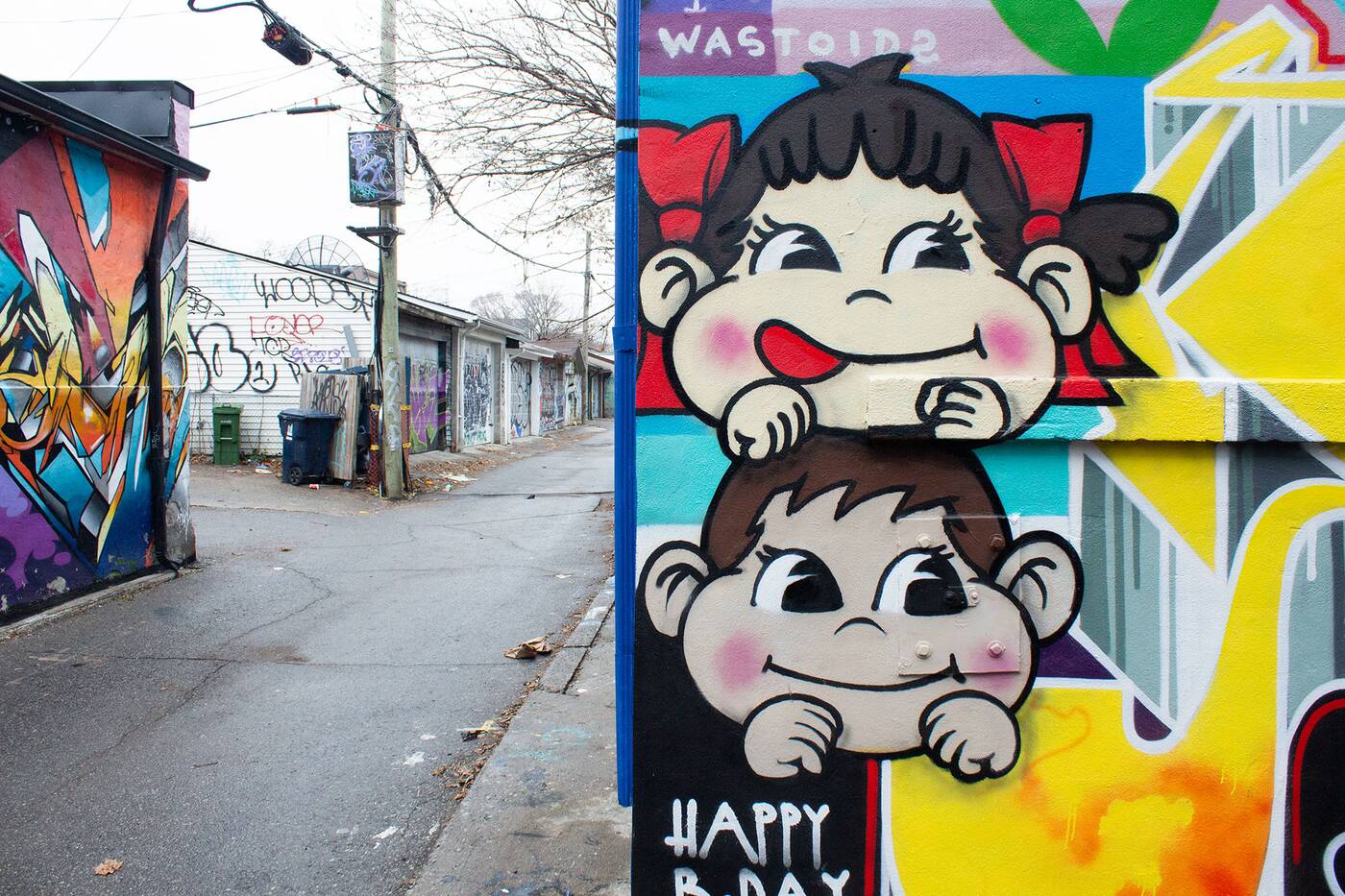 The project was commissioned by local organization Well and Good.

More than 20 local and international writers flooded this space for five days in the summer of 2012 to transform this dreary, dirty lane into an explosion of colour and design. 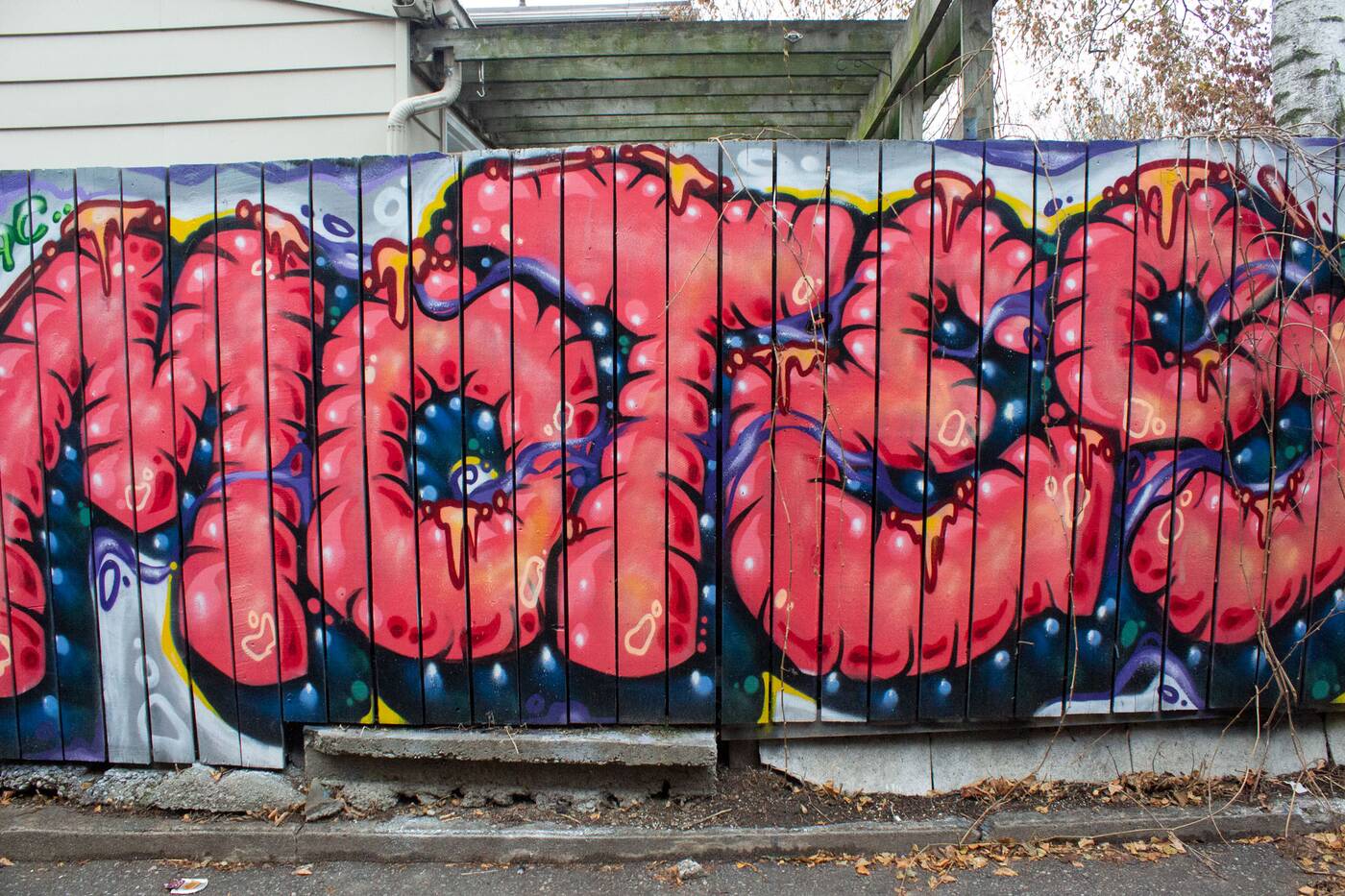 The graffiti covers the back properties of homes on Brookfield, the street over.

Like all other graffiti-driven urban projects, the project was multi-pronged. The local arts group Well and Good wanted to beautify the area, while also bringing attention to the potential use of graffiti as a community-building art form. 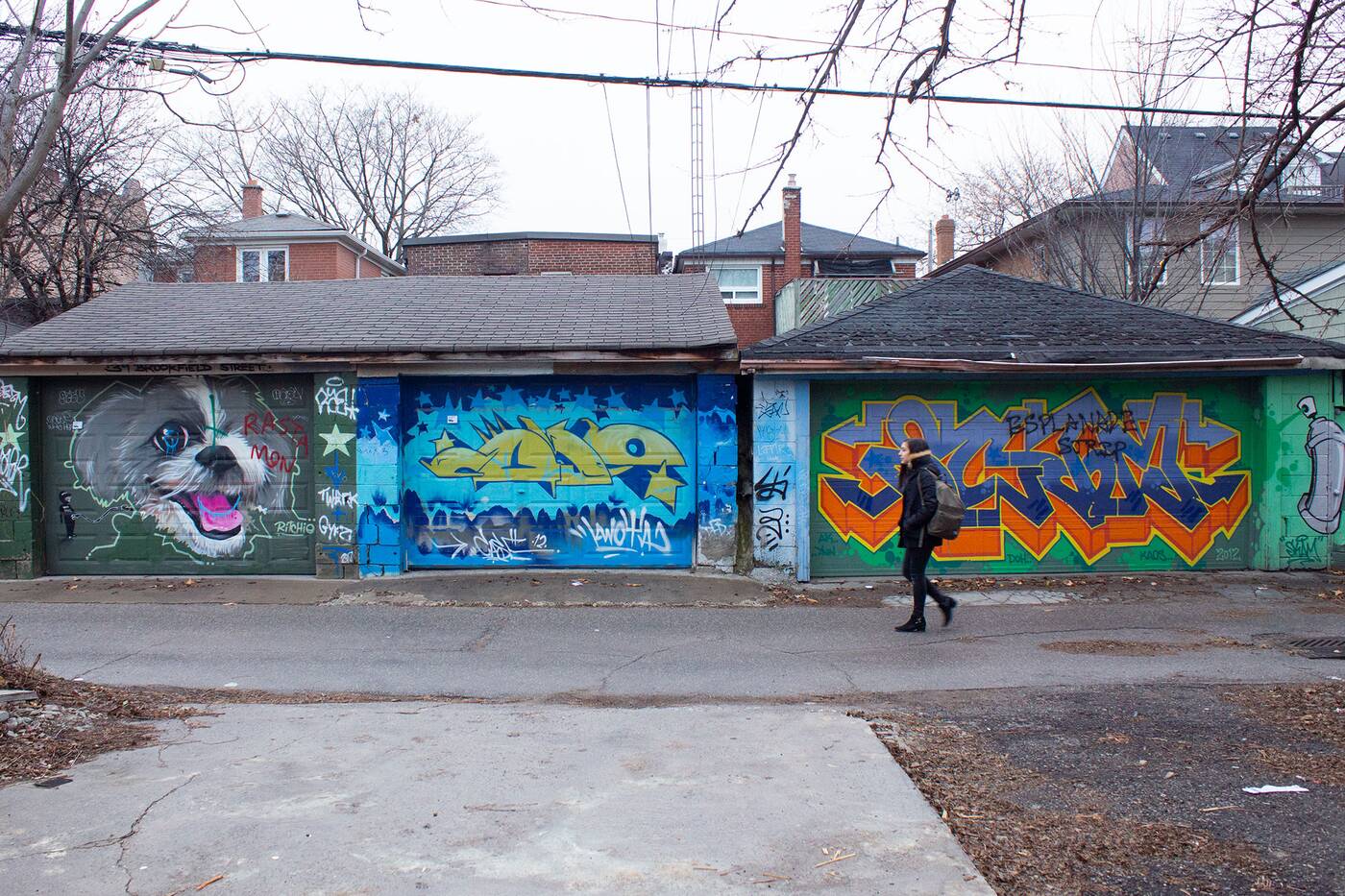 The alley is mostly a pathway for people who want to avoid Ossington while travelling north to south.

It wasn't easy getting permission: the organization needed the go ahead from the residents living on Brookfield Street—whose properties face the laneway—to graffiti their garages and back walls. 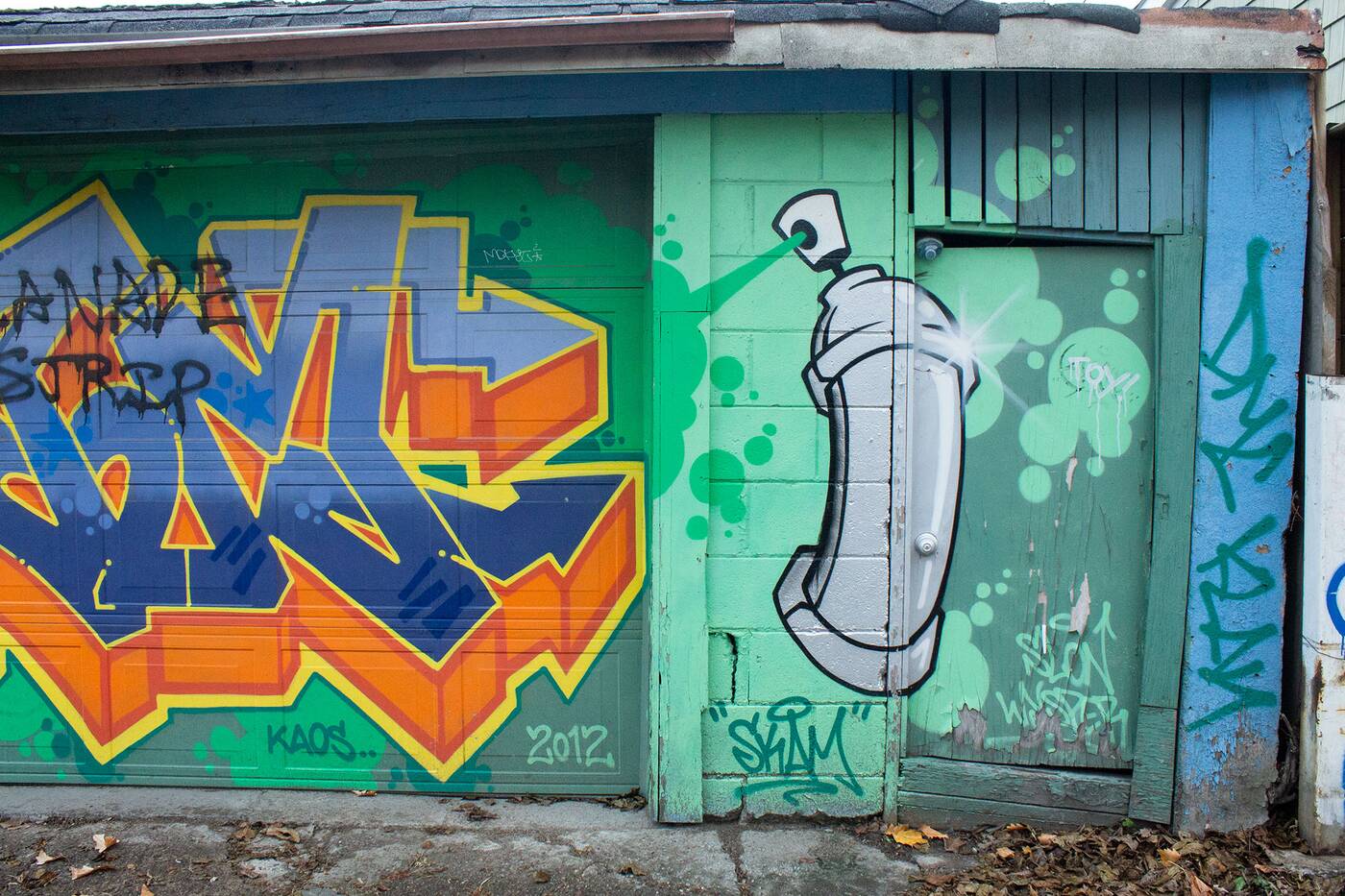 Over 30 properties agreed to participate in the graffiti project.

Some refused, but about 30 homeowners agreed to it: at the end of the day, planned graffiti murals were better than the vandalistic tags that would occasionally mar their property. 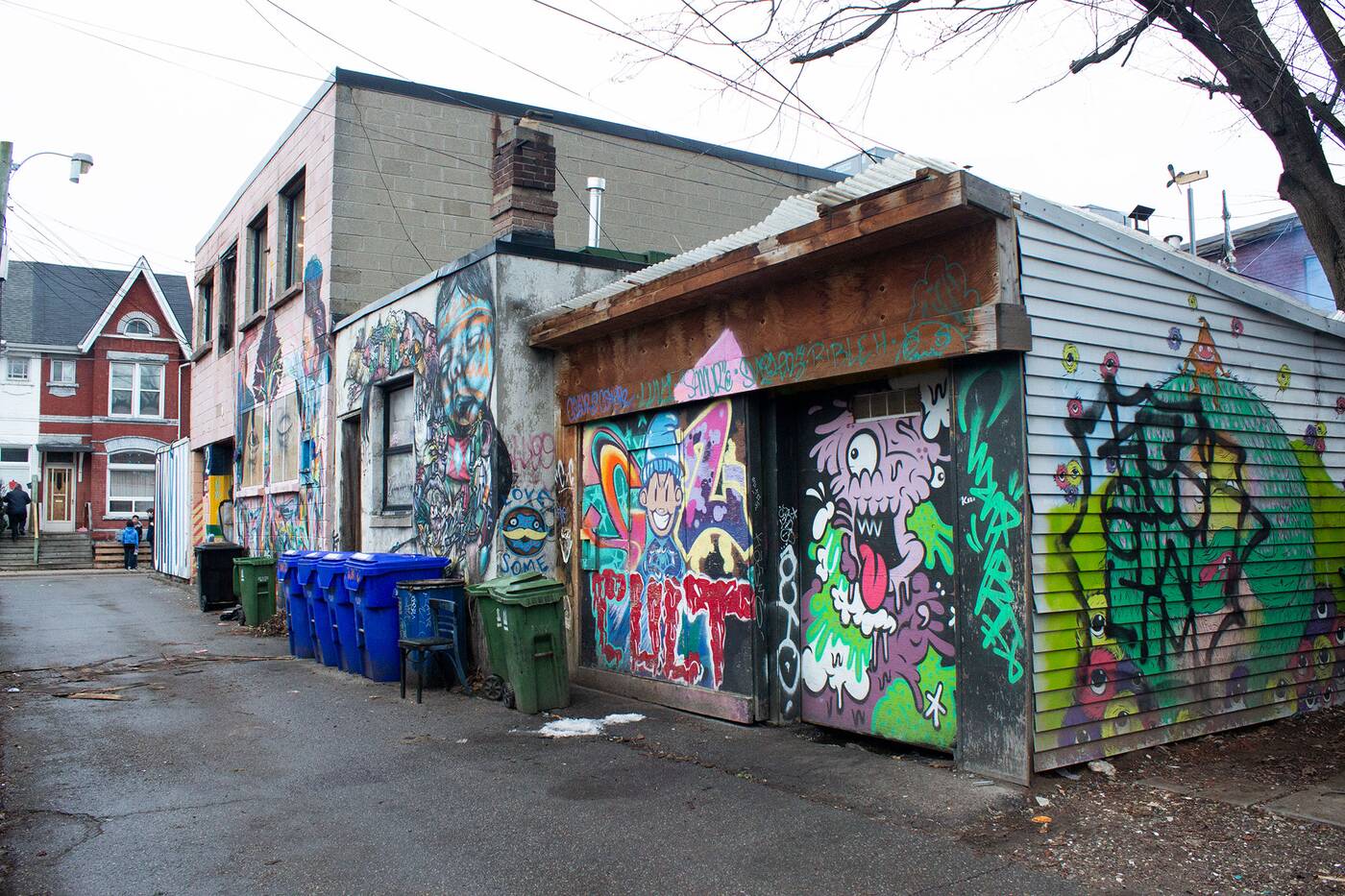 Well-known artists like Skam, Elicser, and Lovebot have work here.

Today, the strip still remains relatively intact, though there's a share of toying that's reduced the beauty of some of these works. Chalk it up to the youth: the majority of foot traffic through this part of town are students from nearby Pope Francis and Old Orchard schools. 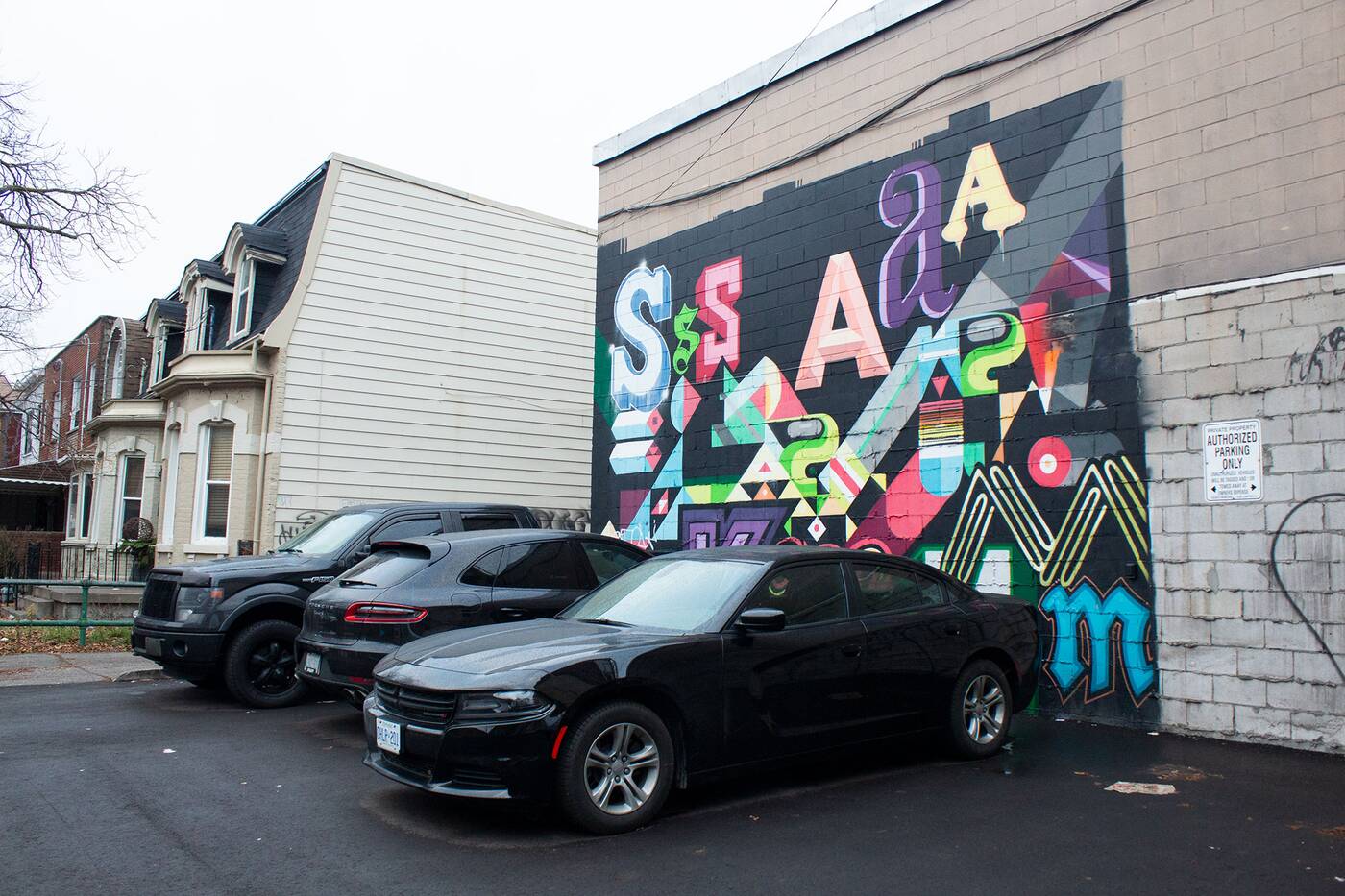 The laneway is bound by Queen to the south and Humbert to the north.

Regardless, the beautiful works of Toronto-based writers like Li-Hill, Skam, Peru, Elicser, Spud, and Lovebot—just to name a few—still shine through the tags. 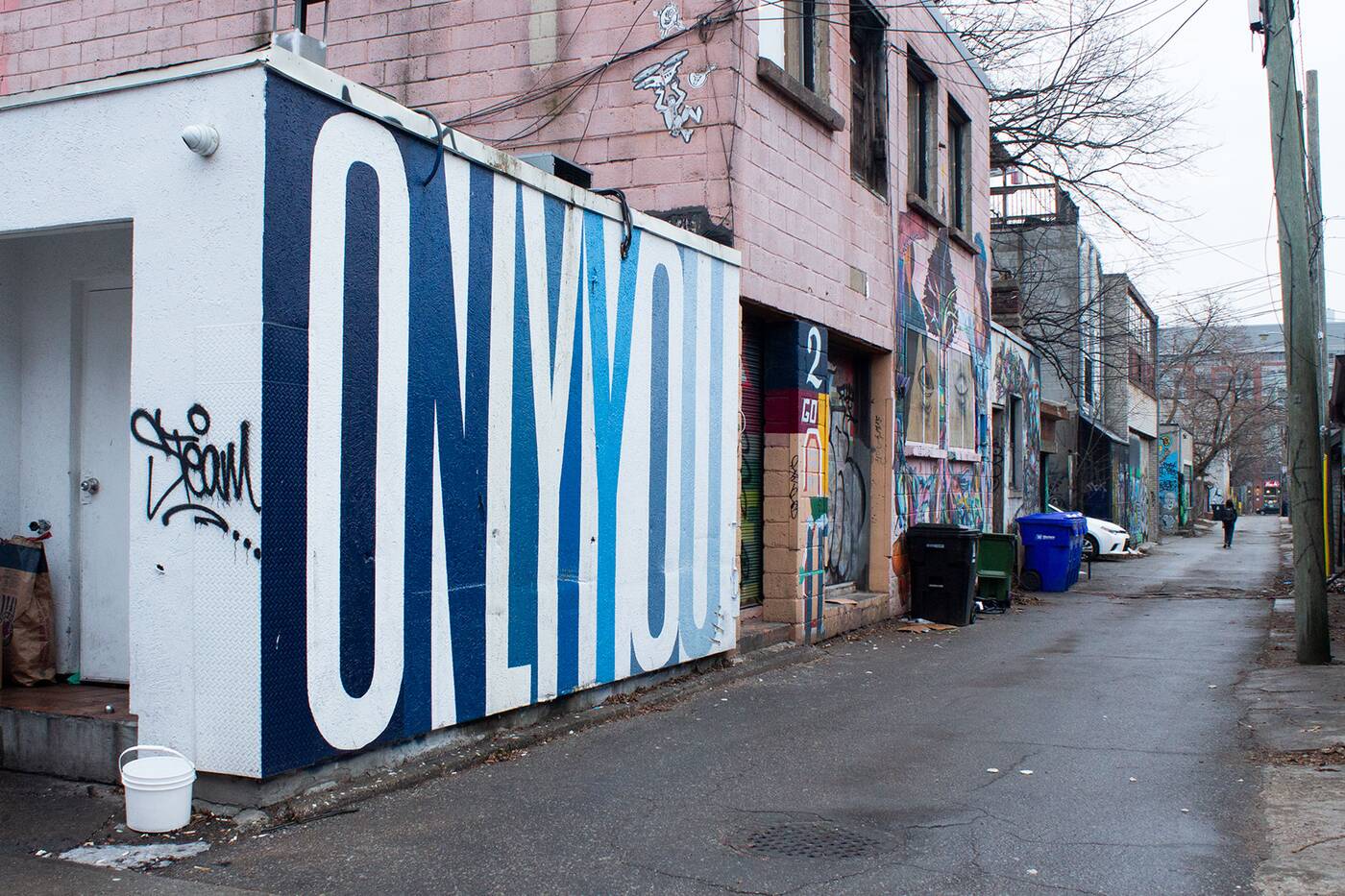