Mamakas is currently open but their offerings and services may be affected due to the pandemic. Please contact the business directly for more information about any changes. Is this your business? Please contact us if you would like to update this message.

Mamakas is an elegant 85-seat Greek taverna on Ossington. Drawing on his heritage for inspiration, owner Thanos Tripi describes for me his childhood spent in kitchens while his mother and yia-yia cooked nightly feasts and the occasional 50-person dinner for the whole oikogĂŠneia .

Meant to mimic an open market, the room is built of white concrete blocks for an effect similar to stucco. The open kitchen is set upfront where a couple ex-chefs from Trinity Taverna , Seb Yacoubian and Pierre Restivo, fillet the daily catch, roast peppers and grill meats on display. 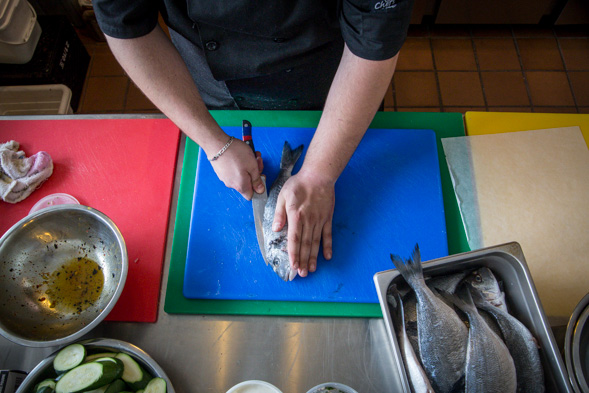 Bare bulbs are strung from the ceilings while herbs grow in the window sills to bring a little outdoors in. Lightboxes display playful renditions of Karaghiozis , traditional shadow puppets dressed up in ballerina tutus or chef hats - as if the originals weren't cheeky enough already. 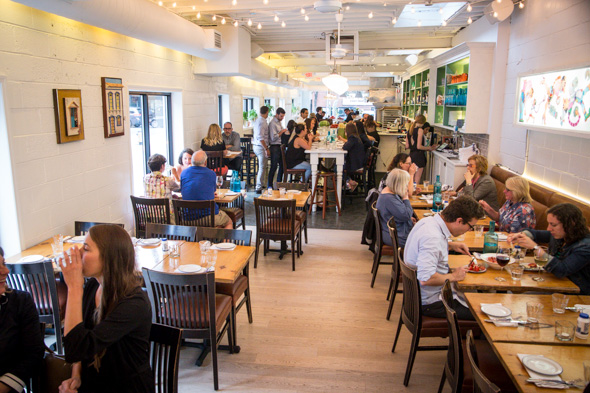 The menu opens with mezze meant to be ordered a few at a time and shared around the table. Classic dishes like taramasalata ($6), fried kefalotiri cheese saganaki ($8) and spanakopita ($8) are all present, though there are opportunities to delve into less familiar territory with selections like glykadia ($14), a fried sweetbread dish with white wine and dill, or specials from the board like today's fried smelts ($14). 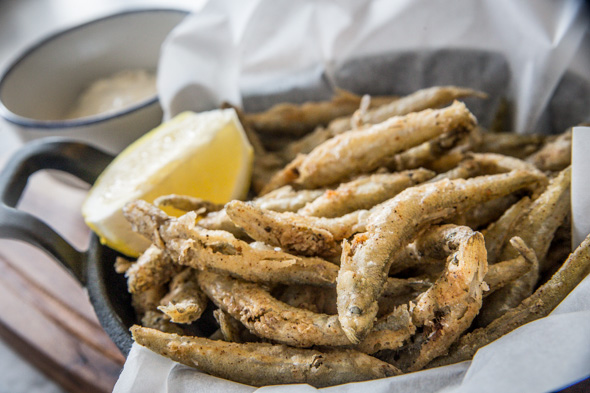 Fish is ordered daily and subject to change even more frequently than the rest of the seasonal menu. Should you like briny little fish (like I do) the opportunity should be seized when it presents itself. These ones are coated delicately, well seasoned and fried to a pale yellow. Half a lemon and aioli dip come on the side. That's it. As it turns out, fresh ingredients, simply prepared, is a common theme throughout the evening. 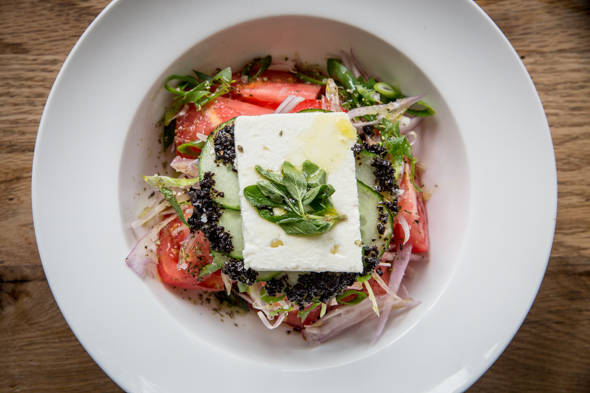 The horiatiki salad ($16) is composed of big chunks of Ontario hot house tomatoes, cucumbers, shallots, tapenade and a slab of crumbly, salty Dodonis feta. Olive oil and oregano finish it off, and again, that's it. I find it curious that it's August and the tomatoes are grown indoors, though it might save the dish outside the summer months.

"Every vegetable is cut to order," Tripi tells me. "Nothing sits in a holding pan." It's not a bad safeguard for keeping food fresh, but god help them if they're ever down a man at the salad station with a packed house. 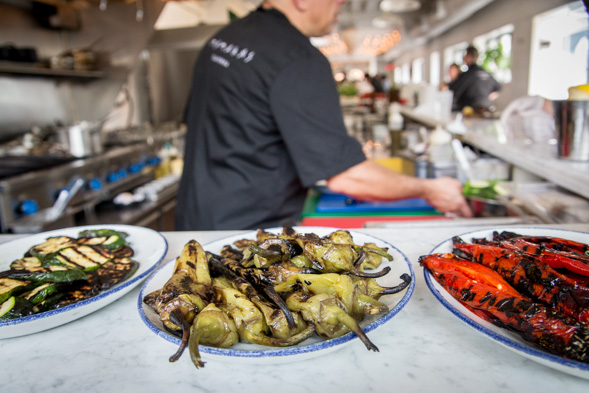 Char-grilled lamb chops, padiakia ($24, top photo), are set over a swoosh of garlic tzatiki and doused in latholemo, a mix of extra virgin olive oil, lemon and oregano. With five chops per order there's enough to share, though it seems on the pricey side to enjoy alone considering that it's served without any accompaniments. 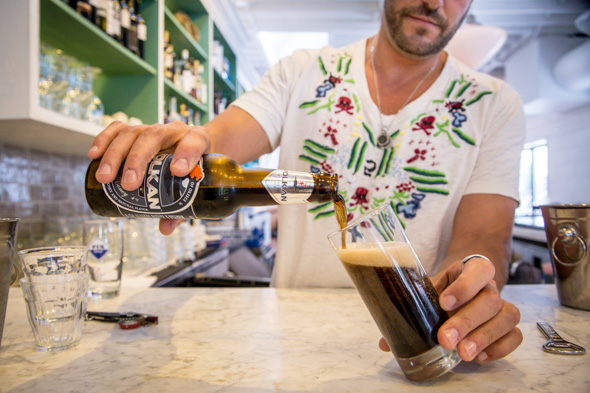 The all-Greek wine list starts at $8 a glass while bottles range from $39 to $80. There are neither draft beers or a cocktail list at present, though bottles from the motherland like Fix Hellas and Volkan are on offer for $6 to $8, and ouzo or tsipouro (a strong grappa-like spirit) are presented in mini bottles on ice ($14). 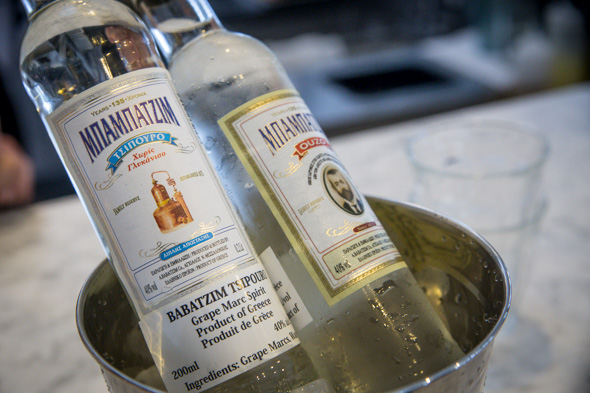 Mamakas is currently open daily from 6pm though brunch and lunch services are set to launch in September. 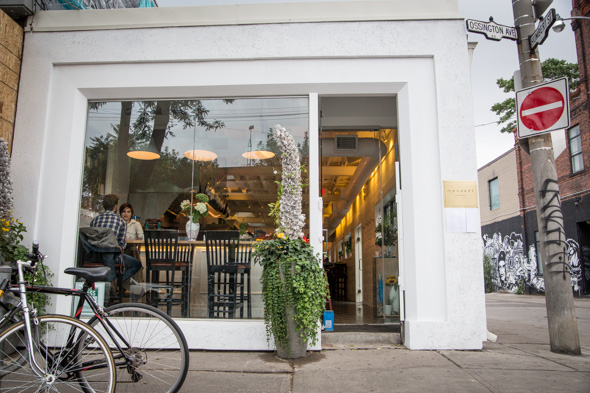