The opening of a hotly anticipated (and controversial) new bar mixed with an experiential art maze in Kensington Market has been delayed — again — as organizers work to secure the permits needed to turn a 1950's era grocery store into a venue licensed for more than 600 partiers.

Originally meant to open in August, the project was put on hold after local residents found out that the immersive, psychedelic fun house was just temporary pop-up — a "trojan horse" as they put it, for a massive, permanent venue called Liquor Donuts.

Reports that the project was backed in part by Universal Music Canada raised the alarm even louder, prompting many who live near the old Zimmerman's grocery store at 241 Augusta Avenue to voice concern about increased noise, crime and gentrification.

It's a long, complicated saga, and while the people behind the original "interactive two-storey adventure world" say their intentions are pure, the city has yet to move forward with issuing building permits.

In fact, they've done the opposite.

As it stands now, an official stop work order remains posted on the property. 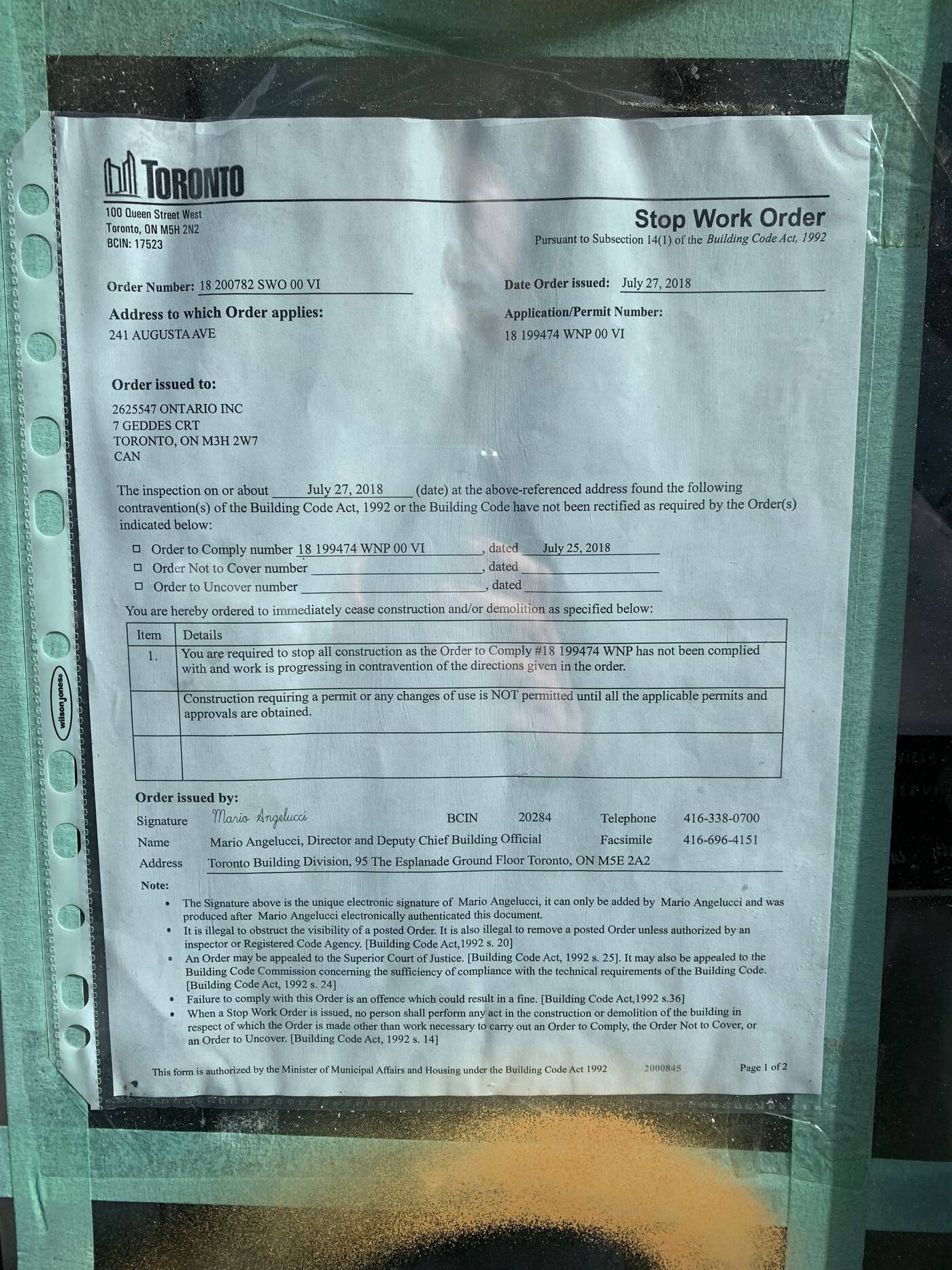 A stop work order is posted outside the old grocery store, which was meant to open as an experiential art venue in August.

"Fairland Funhouse is waiting on building permits from the city. We've been waiting since the end of August," said Jonah Brotman of the artist collective Monda Forma, which is producing the art maze. "When we have our permits in hand, the Funhouse will be launching fairly soon after that."

His team hopes to see the project launch early next year.

"The Fairland Funhouse team have made the difficult decision to delay opening until Spring 2019," reads an emailed statement.

"The participating artists are excited to install and showcase their hard work once the structural side is complete. The team is disappointed that we were unable to open in 2018 as planned but look forward to welcoming guests in 2019."