What to expect at Yayoi Kusama's Infinity Mirrors exhibit in Toronto

You might already know that Yayoi Kusama's wildly popular Infinity Rooms exhibit is coming to Toronto next year, but as the date of the show slowly creeps up, more and more information trickles out about what the experience will be like.

The AGO will play host to six different rooms, each with their own theme, along with a host of works on paper, paintings, and sculptures. This exhibit is currently on display at the Broad in Los Angeles, where standby tickets are drawing huge lineups each day. 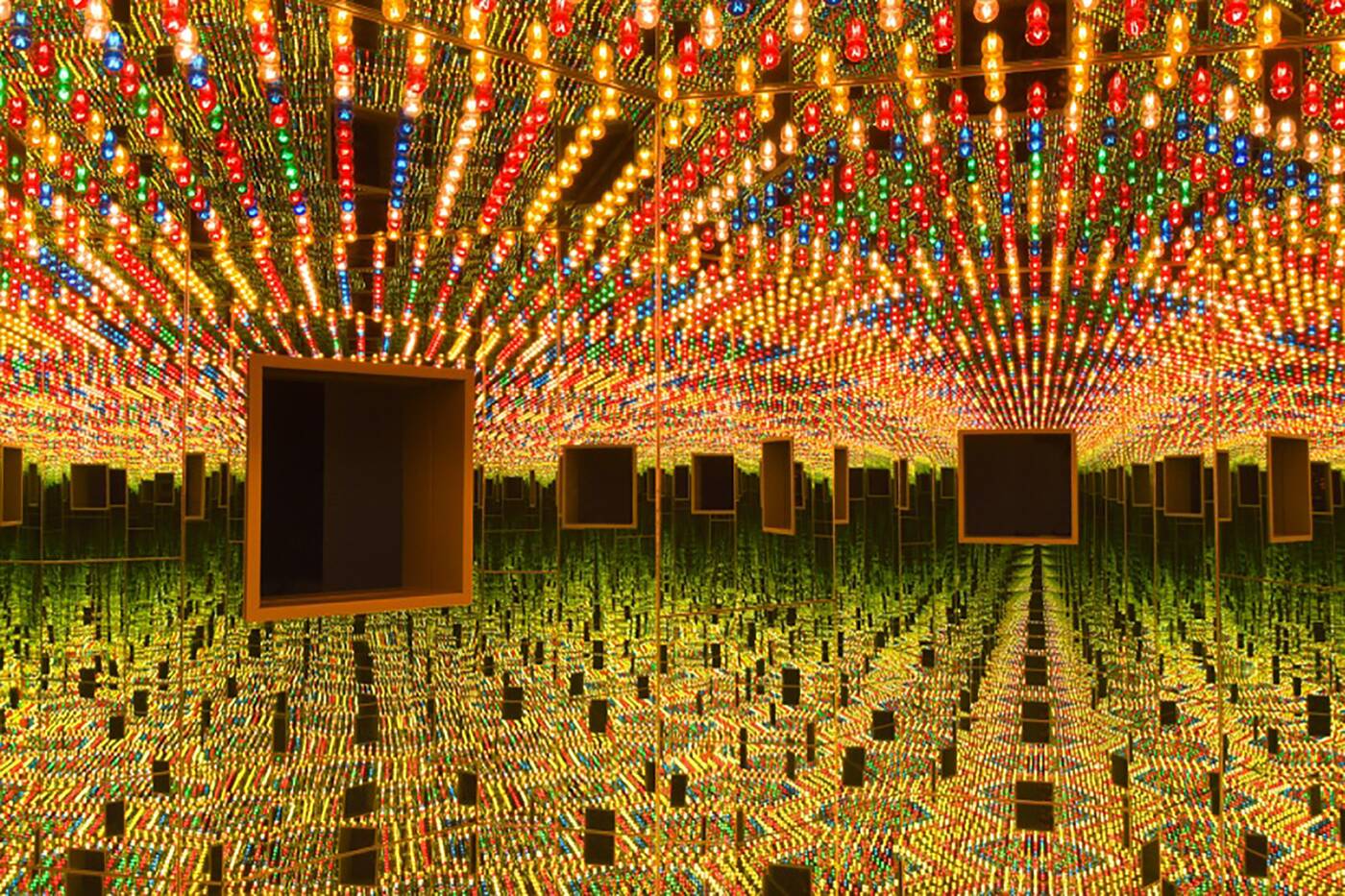 The Love Forever room, a hexagonal room with peepholes that, when peered into, reflect both yourself and other viewers into infinity. Photo courtesy of the AGO.

More lineups can be found in New York, where David Zwirner has devoted three of its locations to works by the artist, including two new Infinity Rooms that have unsurprisingly lit up Instagram. The Toronto show will be considerably bigger, so you can expect a frenzy. 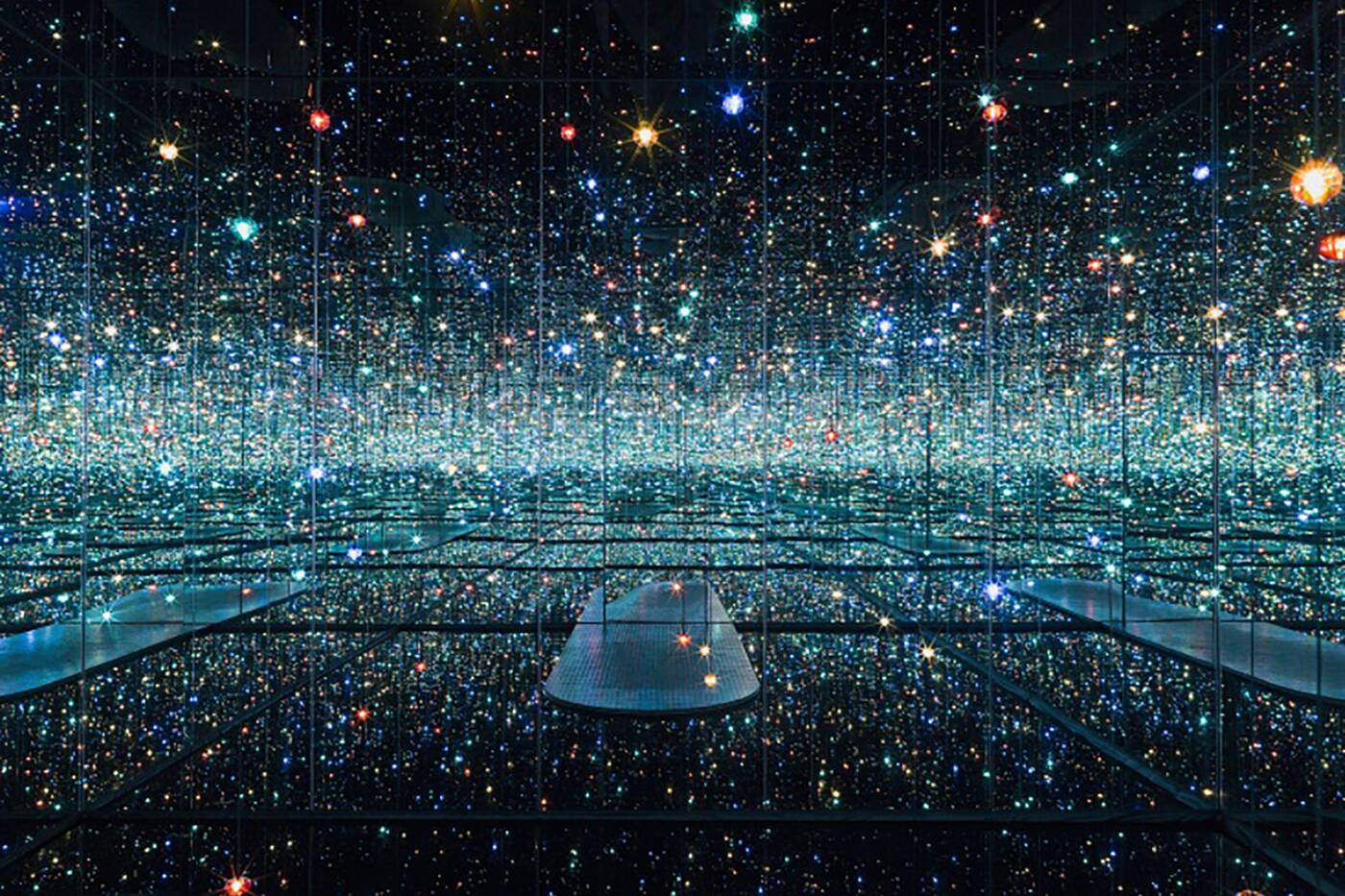 The The Souls of a Million Light Years Away room where the vast expanse of the universe is condensed into one, tiny space. Photo courtesy of the AGO.

The AGO has previously noted that due to the popularity of the exhibit, visitors will be allowed only 20 to 30 seconds in each room, and that there's a wait time of around 20 minutes as you pass between each one.

What's generally lost in all the talk about the waiting, however, is that only a few people are allowed in each room at once. As the exhibition preamble explains, only "two to three people may enter each room at a time." 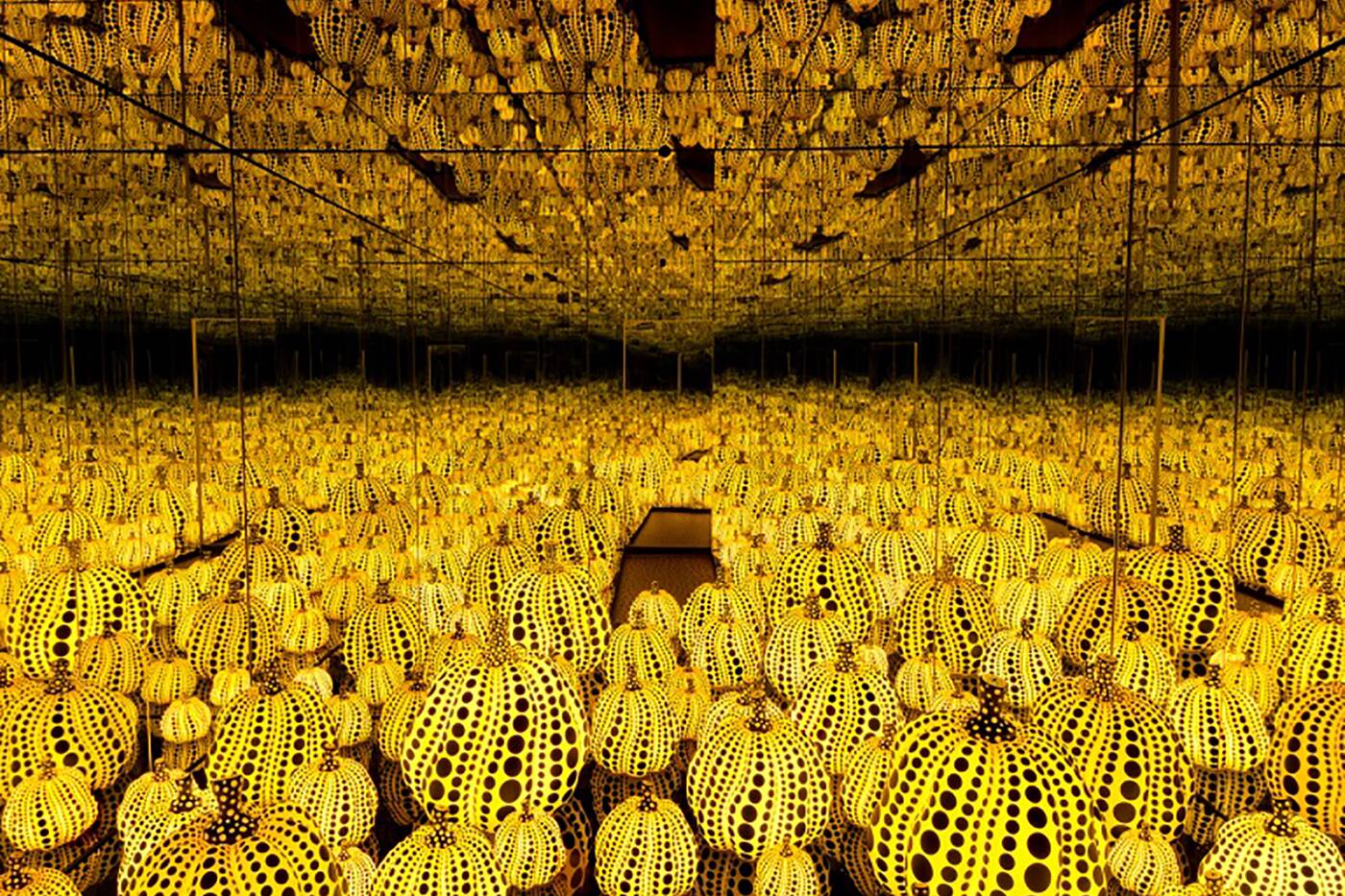 The All the Eternal Love I Have for the Pumpkins room. Pumpkins have appeared as a major motif in a number of Kusama's works. Photo courtesy of the AGO.

At a minimum, you'll be able to enjoy your brief time in the rooms unfettered by the crowd. And, hey, if standing in line was an Olympic sport, Toronto would take the gold every time.

While the exhibit is ordered chronologically, starting with Kusama's breakthrough room Phalli’s Field (1965), viewers are encouraged to start with the room that has the shortest line (presumably short is a relative term here). 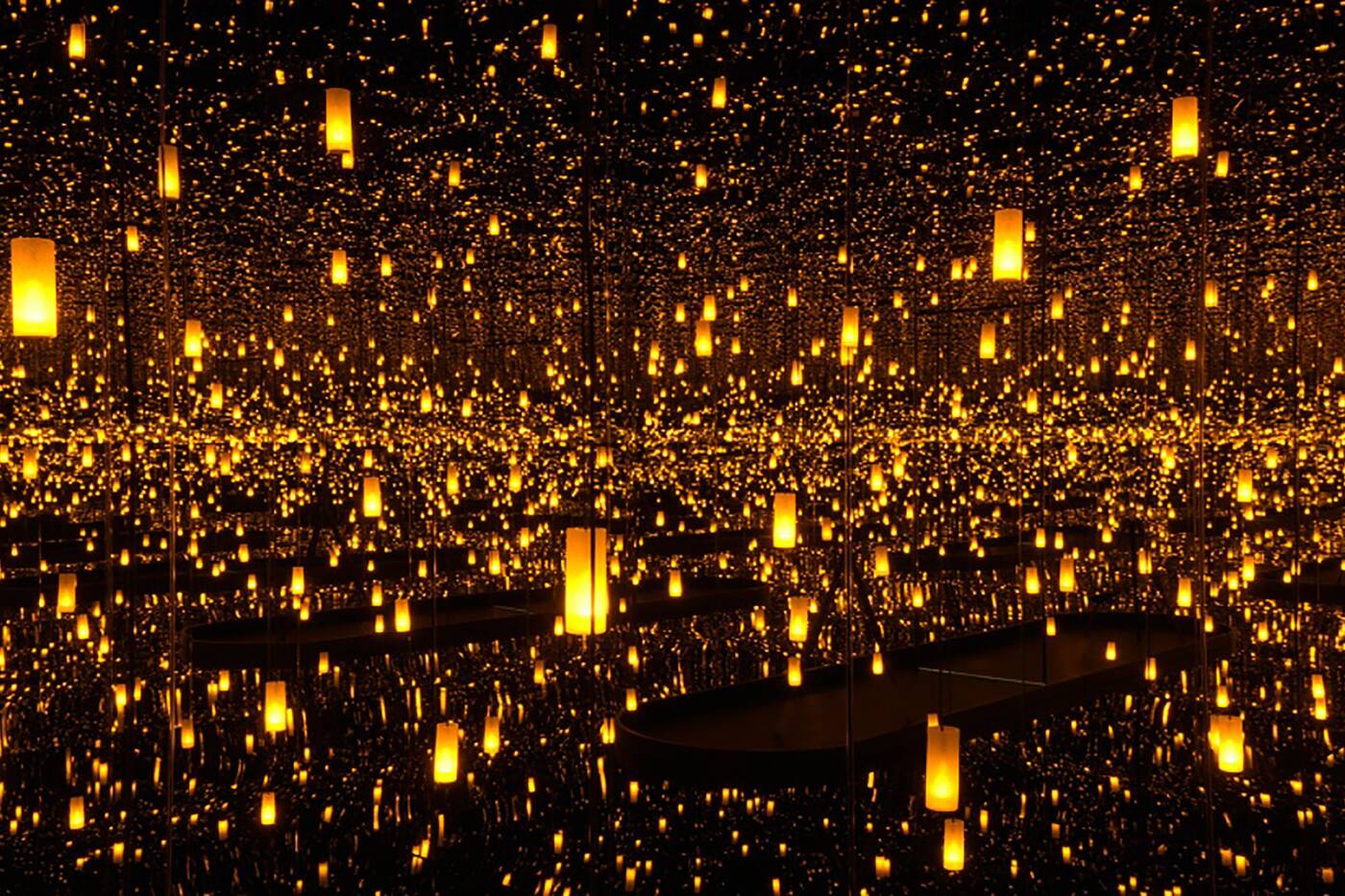 The Aftermath of Obliteration of Eternity room is reminiscent of toro nagashi; a traditional Japanese ceremony ​where paper lanterns are sent down a river. Photo courtesy of the AGO.

The exhibit has a massive social media following that's almost become part of the experience. The incredible online presence has contributed to a massive surge in Kusama's popularity in recent years, particularly in the age of Instagram.

Tickets are available to the AGO members starting on December 12 at noon, and to the general public starting January 16 also at noon. The Toronto stop of Infinity Mirrors will run from March 3 to May 27, 2018. 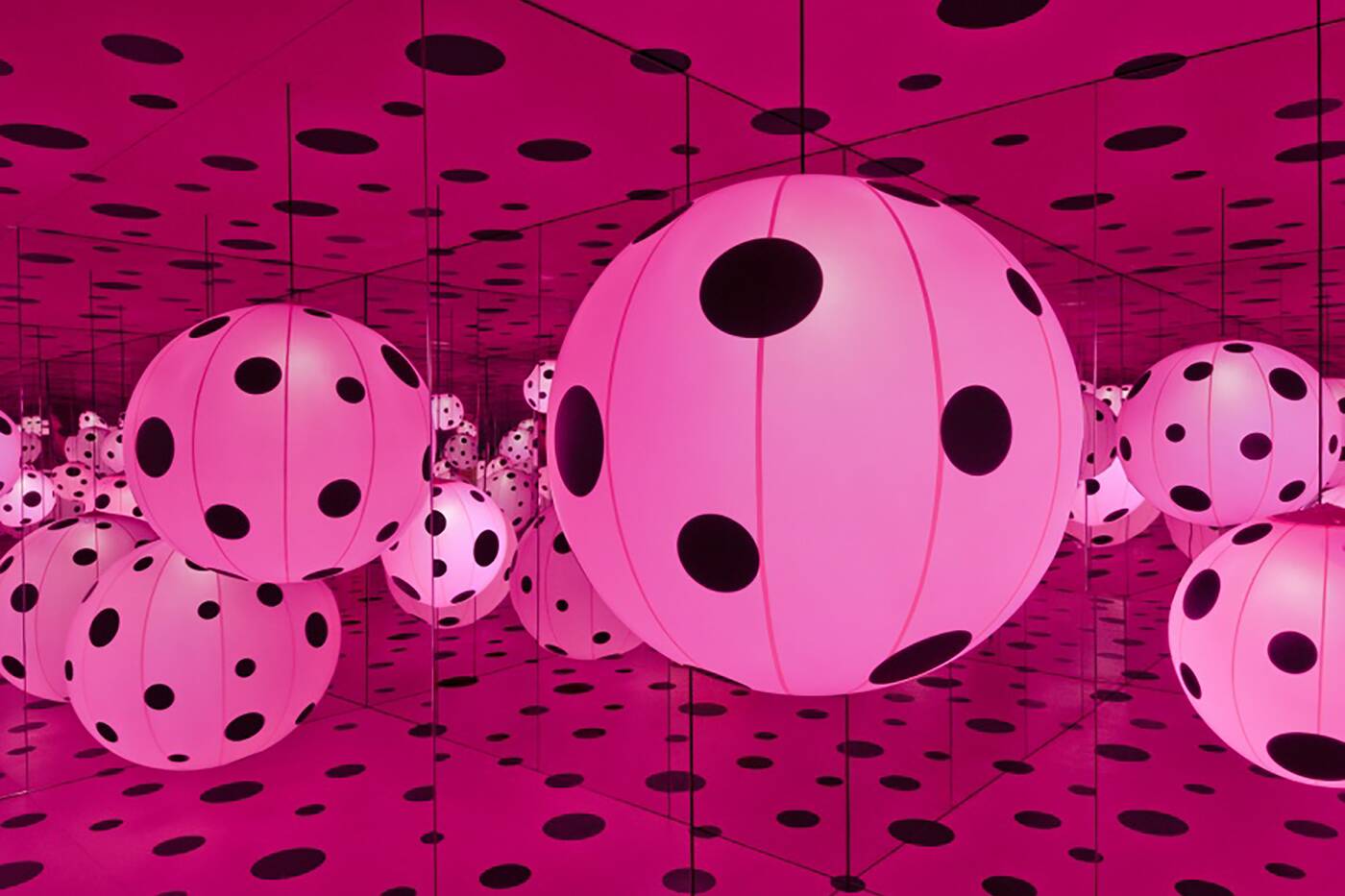 The Dots Obsession ⏤ Love Transformed into Dots room gives you an idea of what a world full of floating pink orbs would look like. Photo courtesy of the AGO.

It's poised to be the art event of the year. And there won't be a Yondr pouch in sight! Make sure to get your tickets as early as possible if you plan to go.

Yayoi Kusama courtesy of the AGO / Hirshhorn Museum