This is what a curated cultural encounter looks like

The Urban Symphony took over Airship 37 in the Distillery last night for a showcase from the Toronto Symphony Orchestra, The People's Wine, and the Society. The event was meant to remove the TSO from the stodgy, and sometimes intimidating, confines of the Roy Thomson Hall and make them more accessible to a younger group, while perhaps also generating a new generation of patrons. Aussie-inspired appetizers like pavlova and poached lobster spoons circulated, and were provided by catering company Lindsey Shaw, while the two pinots on offer quickly flowed into empty glasses.

Despite the somewhat daunting name of The Society--a moniker well-suited to caped disciples performing secret rites--the event was a glowing success. Here's a rundown of what this was all about. 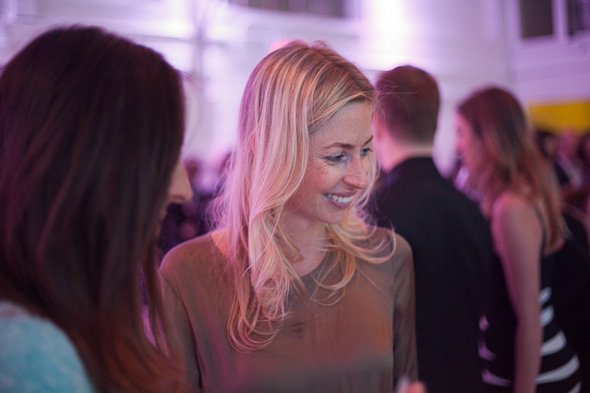 The Society
The Society was launched in Toronto in 2007 by Ashleigh Dempster and Amanda Blakley as an initiative to fill their social calendars with events of more substance and cultural cache than might typically be available to a younger demographic. Yvonne Ng tells me the exclusive, members-only club caters to "the creative class: people between 25-40 who are interested and interesting." The group branched out in New York and Miami shortly thereafter, and has hosted several events in L.A.

Although the application process might sound a bit dodgy--you need to be referred by two existing members--the annual fee is a surprisingly modest $125 which grants you entry to events such as this evening. The general consensus amongst members is that The Society serves as a network for creative people open to new experiences, with the resulting crowd being somewhat incestuous thanks to the members-referral clause.

The events tend to take place every six weeks, and offer an opportunity to mingle with likeminded people. Colour me piqued: now the question remains where to find members. 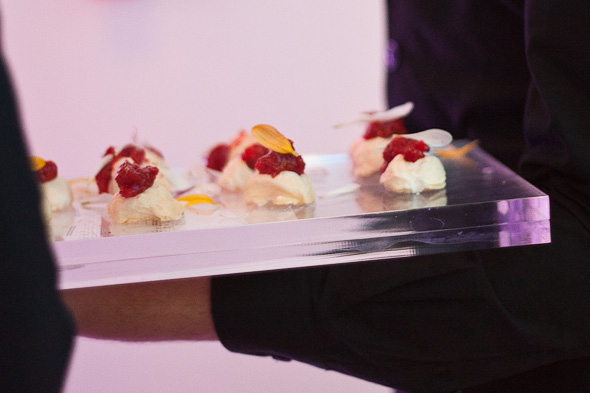 The Venue
Airship 37, the event space just south of the Distillery District, was transformed into a white-curtained concert hall tinged in blue and violet fluorescence. Transparent chairs sat the audience before the stage and tables with white tablecloths grounded white floral arrangements. Sensing a theme? All that achromatic cloth ultimately served as a canvas for the pops of sartorial color from the crowd. 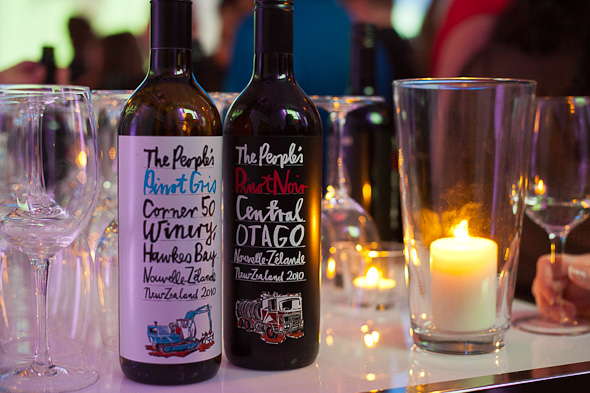 The Wine
New Zealand vintners The People's Wine provided complimentary refills upon refills of two varietals: a Pinot Gris and a Pinot Noir. I've always been a sucker for a heady Malbec, and the rich Pinot Noir was a fair substitute. The bartender urged me to try the Pinot Gris, claiming it was the only white he ever drank, but after a quick sip, I quietly put it down and stepped away. Both wines are now available at the LCBO.

The partnership was organic, with The People's Wine representing a similar ethos of creativity: the bottle label is designed by prominent New Zealand artist Martin Popplewell and the company considers their winemaking an artistic expression. 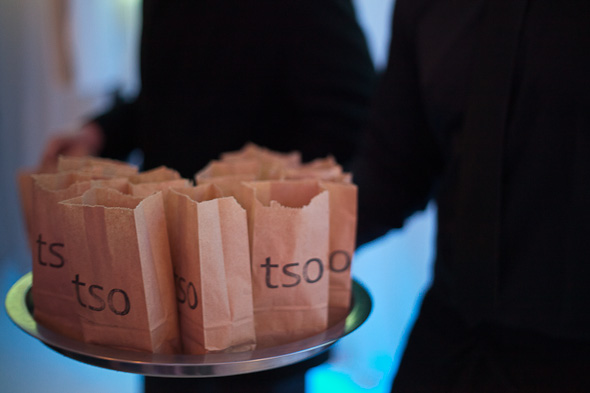 The Music
Four members of the TSO comprised a chamber string orchestra with two violins, a viola and a cello. They were tasked with choosing a piece of music to complement each wine. For the Pinot Gris, they selected two light and lively movements from Divertimonto by Mozart, while for the Pinot Noir they performed the moody Adente Cantabile, complete with cello plucks, by Tchaikovsky. As a one-time string player and lover of the orchestra, I was delighted, particularly by being granted such an intimate vantage on the players. 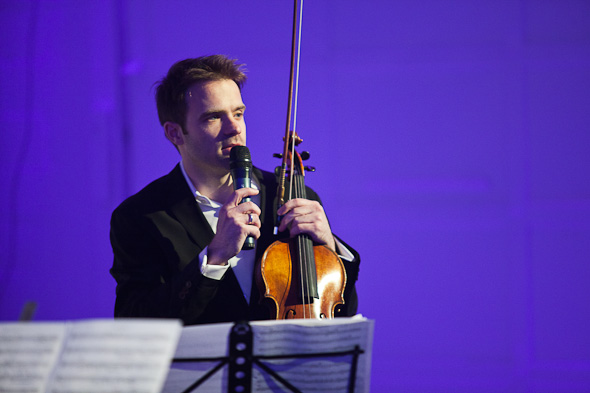 Unfortunately, after so much wine, the crowd began to chat amongst themselves, with the seated audience loudly shushing latecomers that air-kissed and giggled in the back. After each performance, the crowd whooped and cheered, and when asked in the subsequent Q&A how they adjusted their playing for such a rambunctious crowd, the viola player slyly answered, "We just played louder." 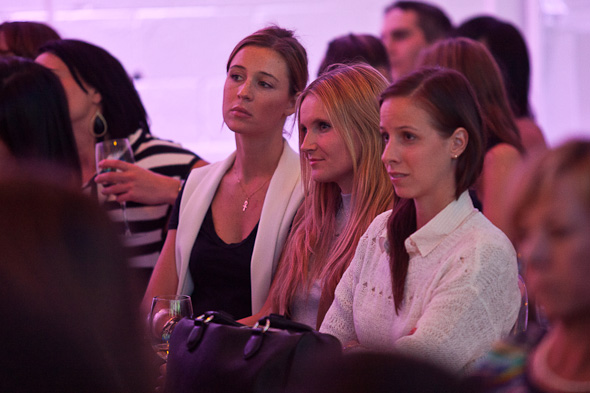 The Style
Golly gumdrops, it was a stylish crowd, filled with everything from slip-ons adorned with plastic spikes, to a full cape, to a parade of designer handbags--and nary a grumpy, holier-than-thou person in sight. The attendees were dressed to the nines and happy to pose for the roving photographers, but I suppose you can expect no less from a crowd gathering under the banner of "interested and interesting;" and that they were.