Lucia Graca's Sound Spaces exhibition at Analogue Gallery is a must-see for Toronto music enthusiasts. The show features nearly thirty large scale photographs of notable music venues in London, Scotland, New York and Toronto. Shot with a fish-eye lens, each panorama has a hint of the surreal. 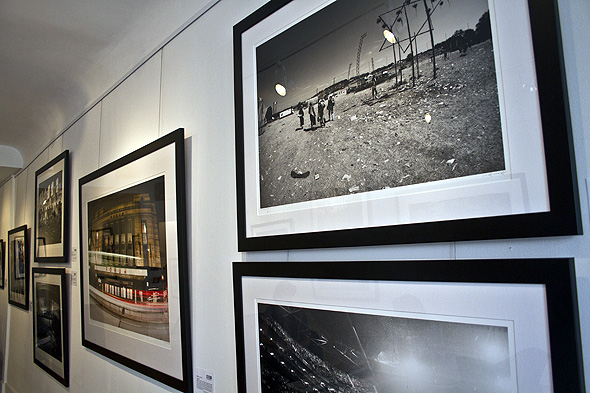 Mostly shot in black and white, these grainy photos often show venues after events when the floors are littered with empty cups and other debris. In a beautiful photo taken at the Big-Bop shortly after its recent closing, Graca has captured the Reverb in a quiet, tidy and empty state few of us would remember. 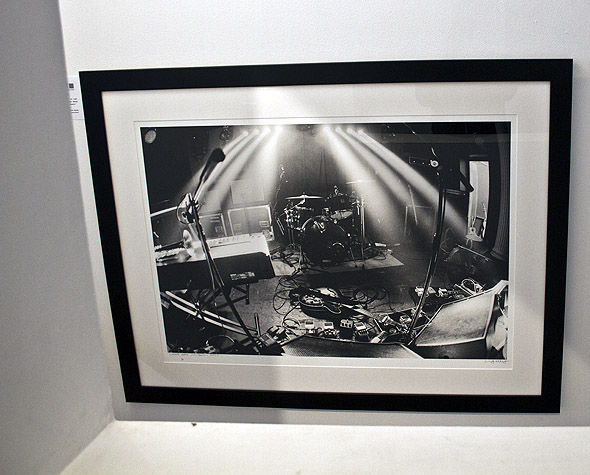 In a similar vein, Graca's photograph of the legendary London Astoria after its closure shows the venue literally torn apart after sentimental music fans took pieces of it as souvenirs during its last concerts. Looking at the photo, I couldn't help but remember the last show I saw there with nostalgic reverie. (I spent a recent birthday there at a "Cramps" show). 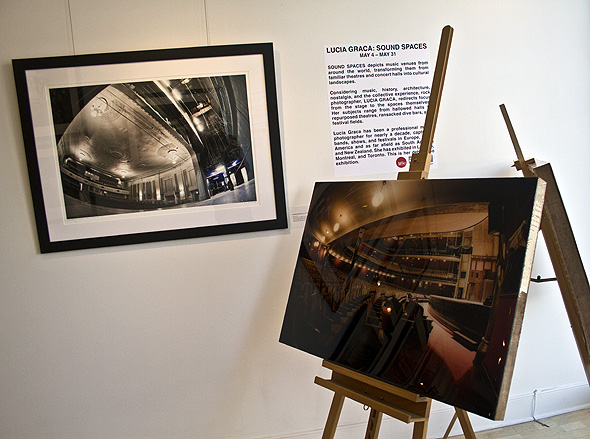 Other Toronto venues featured include the Danforth Music Hall, The Opera House, and Massey Hall. The photo of Massey Hall in the window of the exhibition is one of the few colour photos in the show. Covered in a thick layer of epoxy resin, it's a stunning reproduction of one of our most prized venues. Sound Spaces will be on display at Analogue Gallery, 673 Queen Street West until May 31 as a part of this year's CONTACT photography festival. 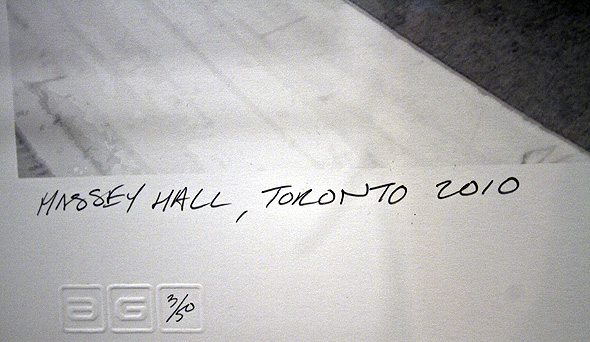