The strip mall at Lawrence and Pharmacy in Scarborough is not exactly what you'd call "visually appealing." Officially called "Dixie Land Plaza," the spot at 1801 Lawrence Avenue East is more the land of graffiti and crumble, enough so that it surely merits a nickname or two. Perhaps most of the blame can be assigned to the central structure sitting in the middle of the lot, which seems perpetually vacant and in serious need of some TLC.

But locals know to look past the pseudo-shed and through the graffiti to the long-favourited spots along the plaza. If you ask most they'll say the backbone of Dixie Land is Patisserie Royale, which has made its signature baklava on location since 1997. Mounzer Jamous and his family are renowned in the area for making the best Lebanese and Syrian pastries around, enough so to seduce downtown dwellers to the outskirts of Scarborough for bassma and mammoul. Impressive, I know. 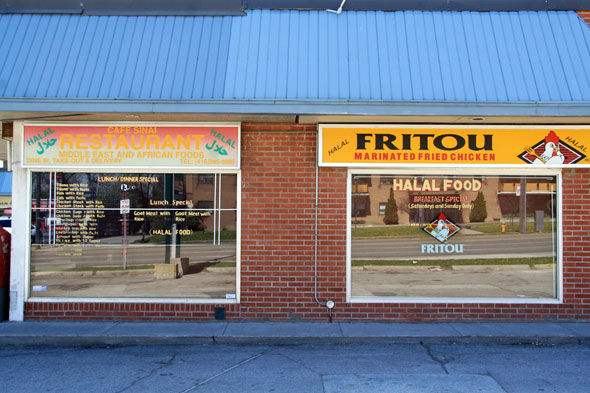 But Patisserie Royale isn't the only independent business in the strip mall that knows and delivers what this Arabic community wants. There's Fritou Fried Chicken, a Quebec-based franchise offering Halal friend chicken Ã la Chester's or Popeye's. Another location shuttered on Gerrard not too long ago, but this one, for whatever reason (the popcorn chicken?) has managed to survive. 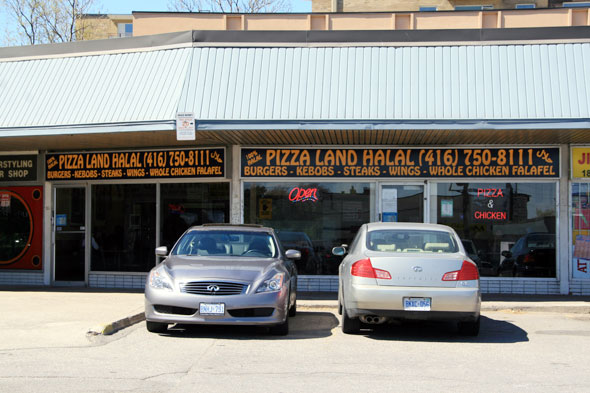 For other Halal eats there's also Pizza Land for pies and slices, which has been in the plaza for the past decade and cooks up falafel, shawarma, and shish tawook along with its steak pizzas and hot wings. Pizza Land, some might argue, has some of the best Halal pizza around — so don't dismiss it because of its looks. And then there's Naan & Kabob, which makes things simple by listing its menu in its name. Also not to be overlooked is Gu-Mi which serves some of the best Korean and Japanese eats in the area. 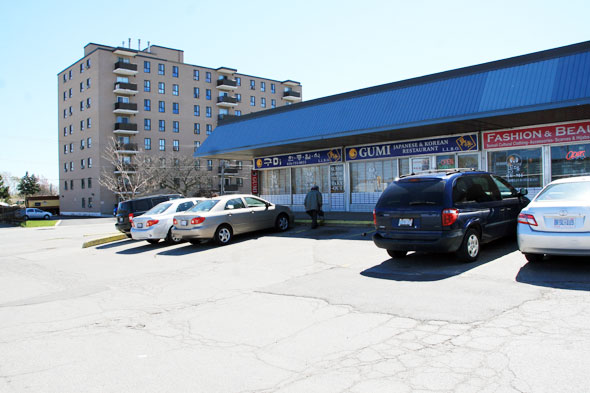 Now, the restaurants are undoubtedly where groups come to gather, but this strip mall also has that obligatory spot where area elders assemble to share in their wisdoms (and,you know, complain about those hooligan punks). Obviously, I'm referring to Dixie's own men's club (disguised as a barber shop). Theo's is one of those classic barber shops — a mirror, old chairs, and a group of older men escaping their wives — where marathon conversations are interrupted by the odd act of grooming.

And if they ever run out of things to talk about, there's Om Anas bookstore (and clothing store) a few doors down. The books and gifts are mostly Islamic in nature, and the clothing — primarily for women, some for men and children — includes garments sourced from the Middle East such as abayas, jilbabs, and hijabs. 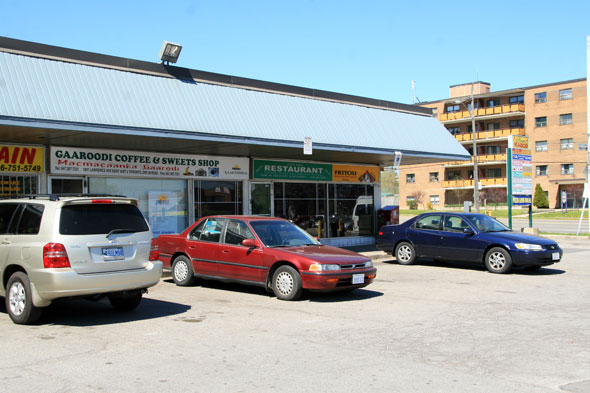 After a long day of shopping, eating, and grooming at Dixie Land, there's always Gaaroodi Coffee & Sweets from which to enjoy a cup of coffee and gaze out at the... uh... used car dealership across the street. But I suppose what Dixie Land lacks in aesthetics, it makes up in understated eateries that for many are outright destinations. 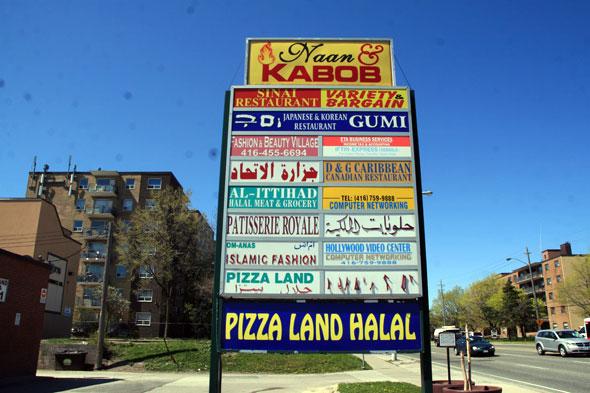