As Ontario's cellphone-carrying population grows, so too does the need for more unique 10-digit number combinations that people can reliably claim.

Last fall, the Canadian Telecommunications Alliance started rolling out a new area code (742) for Toronto suburbs that had already long been served by 905, 365 and 289.

This past summer, another area code (683) was introduced in cottage country to satisfy demand for new phone numbers in regions that previously only had  249 and 705.

Downtown Toronto, land of the four-one-6ix, got a third area code (437) atop the iconic 416 and less-iconic 647 prefix in 2013. Being that we're on track to max out on ten-digit phone numbers once again by 2025, the City of Toronto has already reserved the 387 code for future use.

Now it's Southwestern Ontario's turn to grow, gaining millions of additional telephone numbers to help meet growing demand in cities like Windsor, Chatham, London, Kitchener, Sarnia, Guelph, and Brantford, as well as many smaller communities within the prosperous agricultural corridor.

The Telecommunications Alliance announced this week that areas currently served by the area codes 226, 548 and 519 will, as of next summer, have 382 available as well. 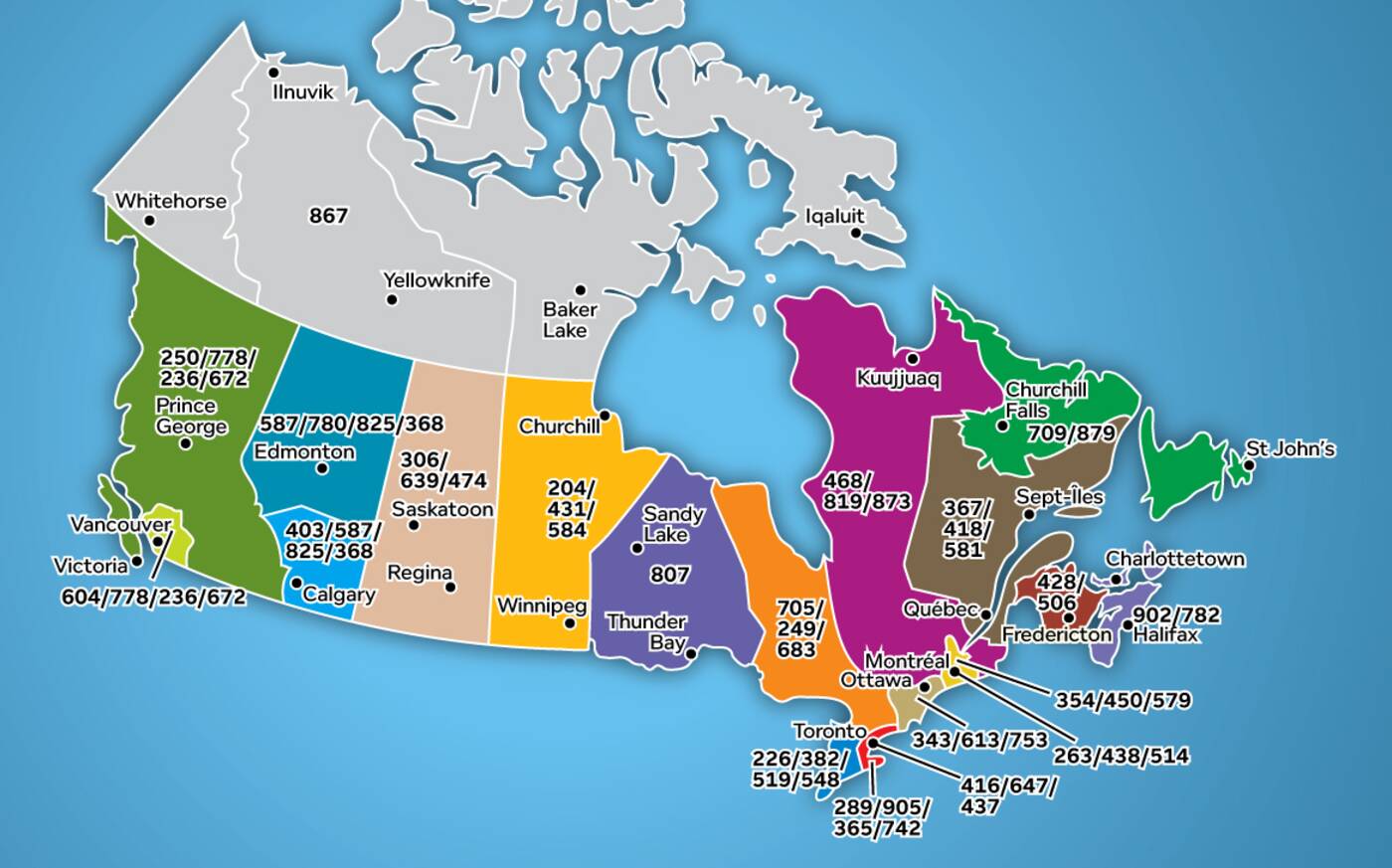 The Canadian Radio-Television and Telecommunications Commission (CRTC) is responsible for deciding when new area codes need to. be introduced. Here's what the makeup looks like as of 2022. Image via the Telecommunications Alliance.

"The area code 519 was introduced in 1953. Over the years, increasing demand for telephone numbers– particularly for wireless devices– and changes in competitive environment created a need for additional numbers to serve customers in this region," notes the alliance of the region.

"In response to this increasing demand, the 226 area code was added in October 2006 along with the introduction of 10-digit dialing for local calls, and the area code 548 was introduced in 2016."

"The introduction of the new area code 382 is the result of a decision by the Canadian Radio-television and Telecommunications Commission (CRTC) and is intended to meet the continuously growing demand for new telephone numbers," announced the Telecommunications Alliance on Thursday.

It's important to note that adding a new area code to a region already served by other codes creates what the alliance calls "only minor changes."

All existing phone numbers, local calling areas and emergency numbers will remain the same. This would all be kind of pointless, otherwise.