Toronto is at somewhat of a standstill today as one of the nation's big three telecom companies, Rogers, continues to struggle with a widspread outage impacting home wireless, internet and TV services, as well as debit machines, ATMs and more at local businesses.

The disruption started around 5 a.m. Friday across Canada, with dead zones persisting across the GTA, Montreal, Winnipeg and the east coast, impacting more than 20,000 customers.

Residents have been resourceful, though, heading to nearby spots that they know have wifi so they can communicate with loved ones, check socials and even carry on with their work day for those who work remotely. 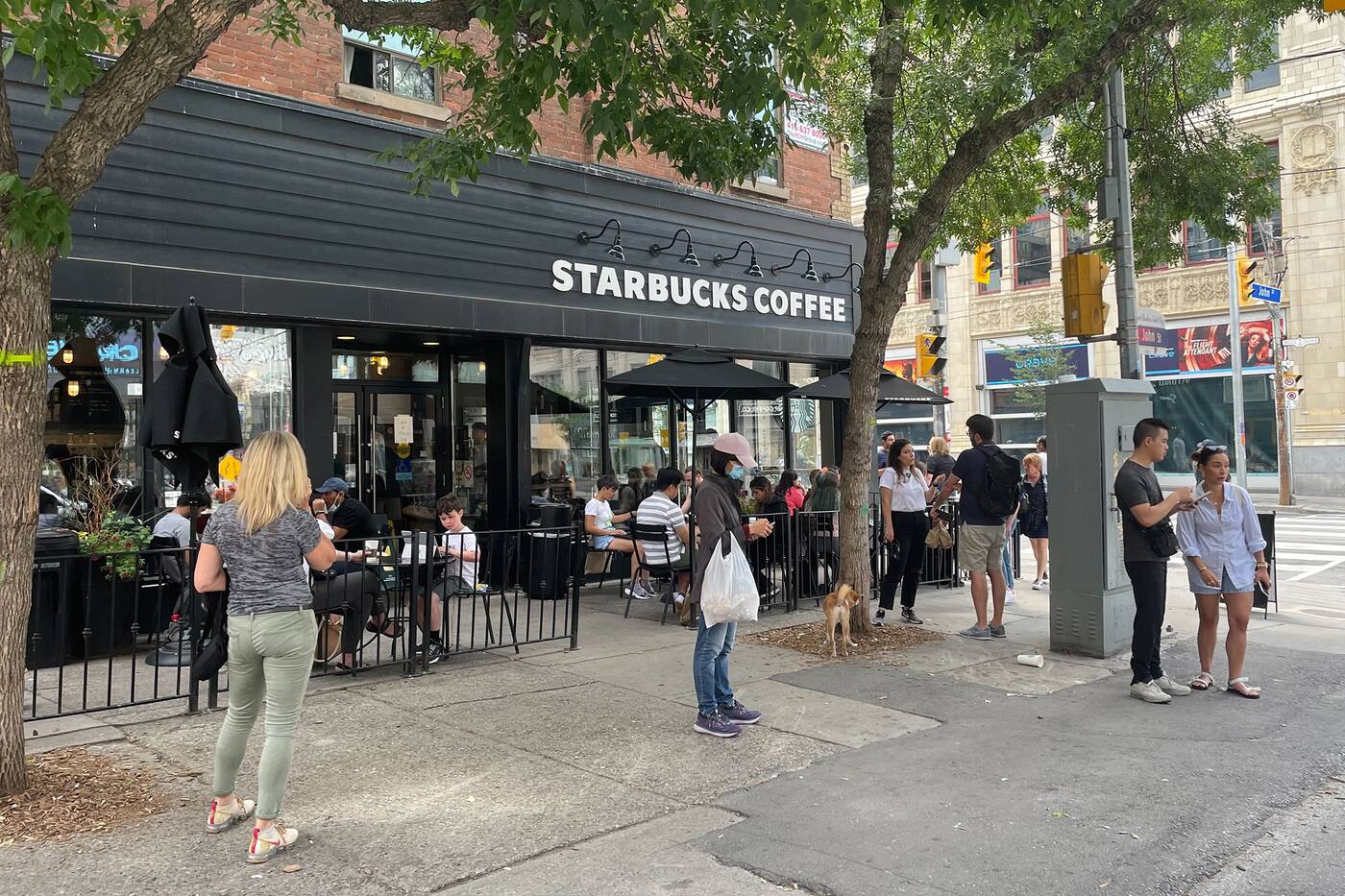 Multiple Starbucks stores in downtown Toronto are more packed than usual, with people congregating outside to use the free wifi.

Starbucks has naturally been a very popular spot, with multiple locations in the city appearing far busier than usual, though debit machines are down and customers can only pay with cash or the Starbucks app.

Groups have formed outside of a number of outposts, with tons of people cramming the tables inside, sitting on the patio on their laptops or simply standing around outside within a cafe's wifi range. 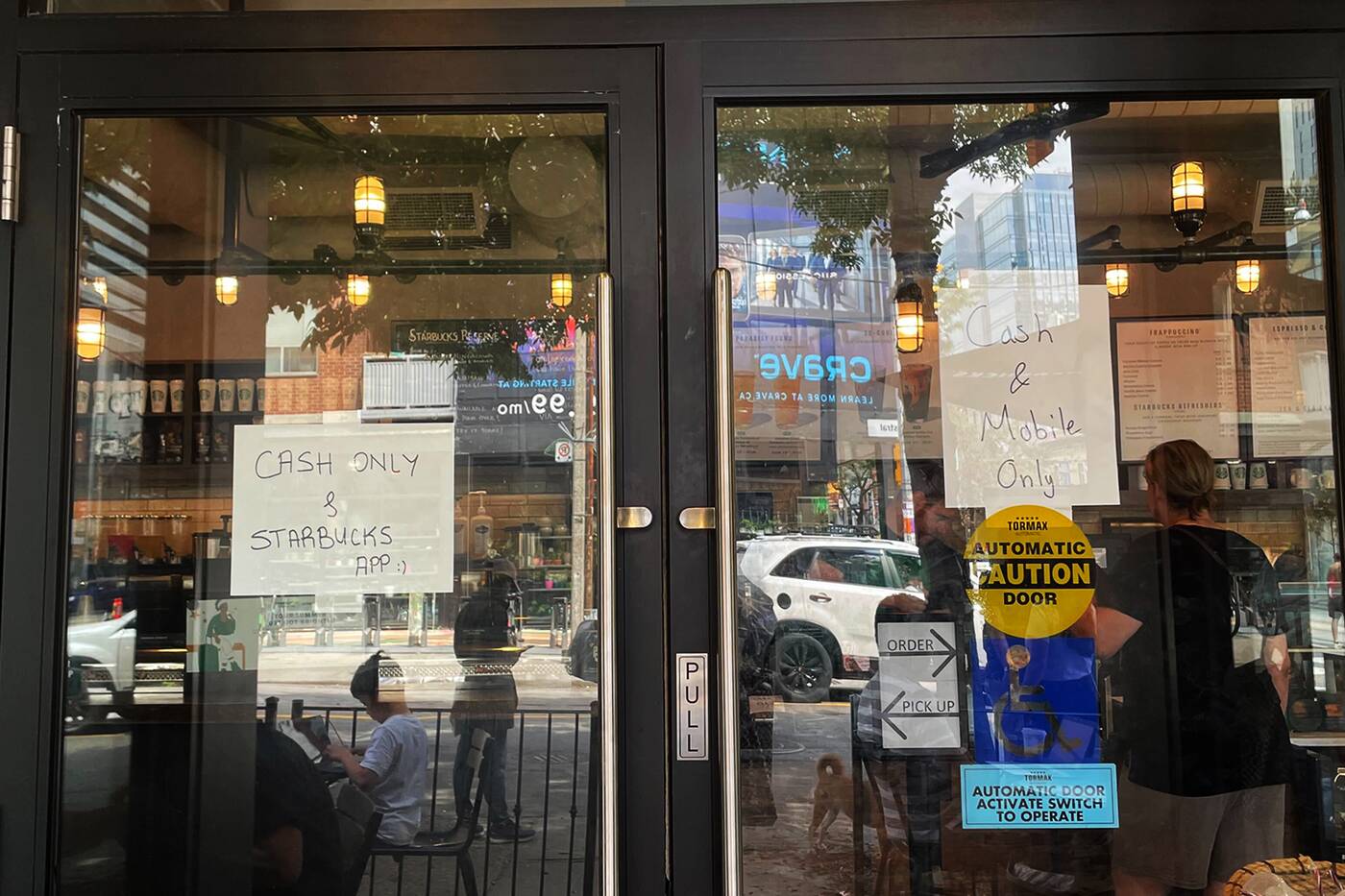 Staff have had to explain to customers that they can only pay by cash or Starbucks card/app, as debit machines are down due to the massive Rogers disruption.

The Queen and John, Adelaide and Peter, and Richmond and Spadina stores were visibly quite packed as of around noon on Friday, with staff having to repeatedly explain the situation to customers trying to pay by card.

Other places that have free public internet accss, such as the CF Eaton Centre, also have more people than usual lingering about using their phones, laptops and tablets as internet and phone service remains out at home. 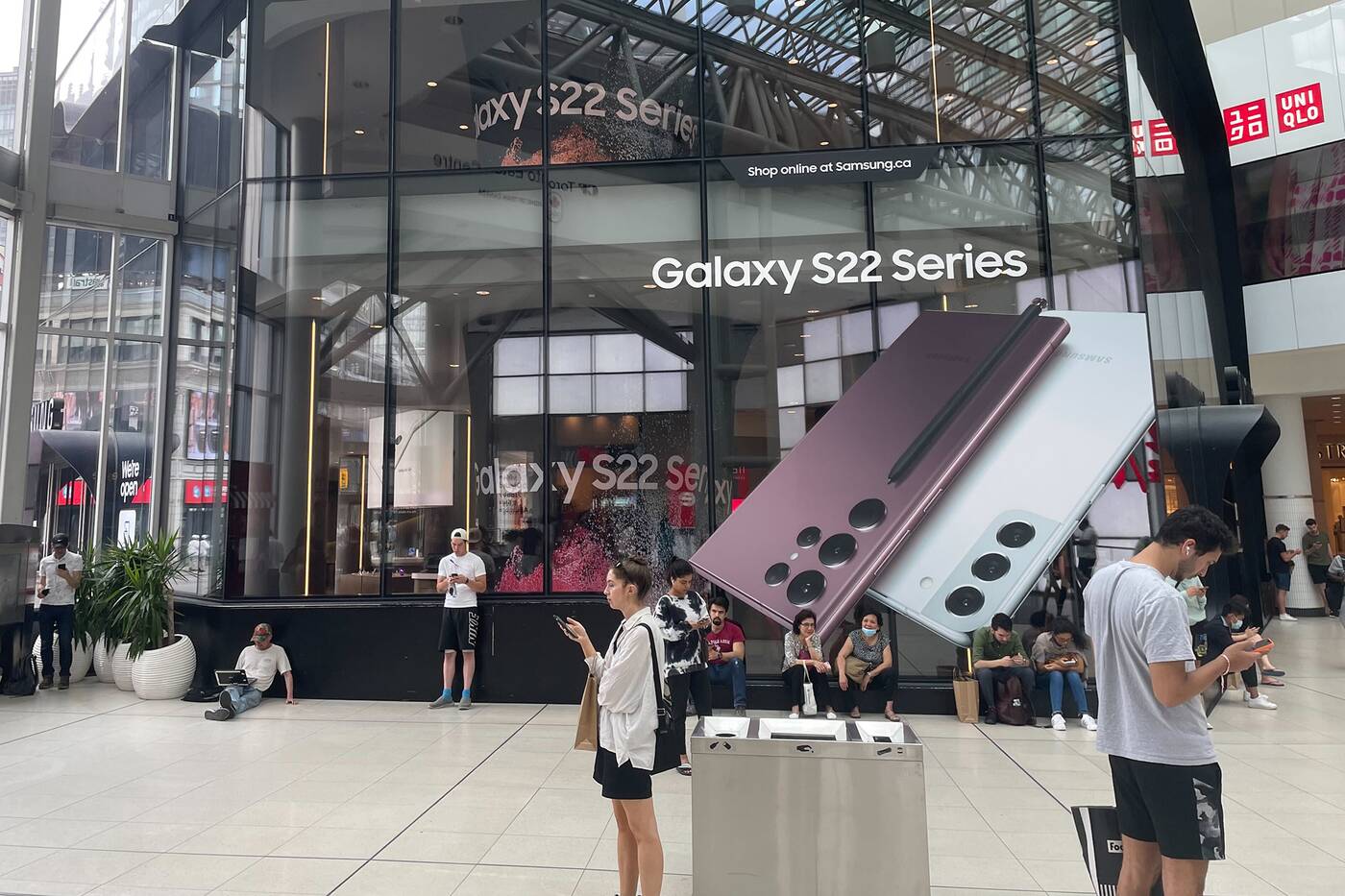 Residents have likewise headed to the Eaton Centre, sitting or standing around to use the mall's free internet on phones and laptops.

Rogers finally addressed the snafu late this morning, writing in an apology statement that its technical teams are "working hard to restore services as quickly as possible."

The company is also directing users to a service disruption status forum to check on the situation and receive any updates.