Anyone who grew up watching Toronto television in the 1990s remembers Speakers Corner, the original game-changing audiovisual booth at the corner of Queen and John (and many more around Canada) that gave the average citizen a forum to talk, rant, perform, or anything else they could pack into a brief video.

The era of Speakers Corner ended in 2008, back when YouTube was still a new online revolution, and the smartphone was in its infancy.

Getting in a booth was no longer the only way to get your video broadcast to the world, and it seemed the format's day had come and gone.

But there's a new booth in town, and while it doesn't bear the Speakers Corner branding that broke the mould for interactive broadcasting in the 90s, it is very much a spiritual successor from the same mind that started it all. 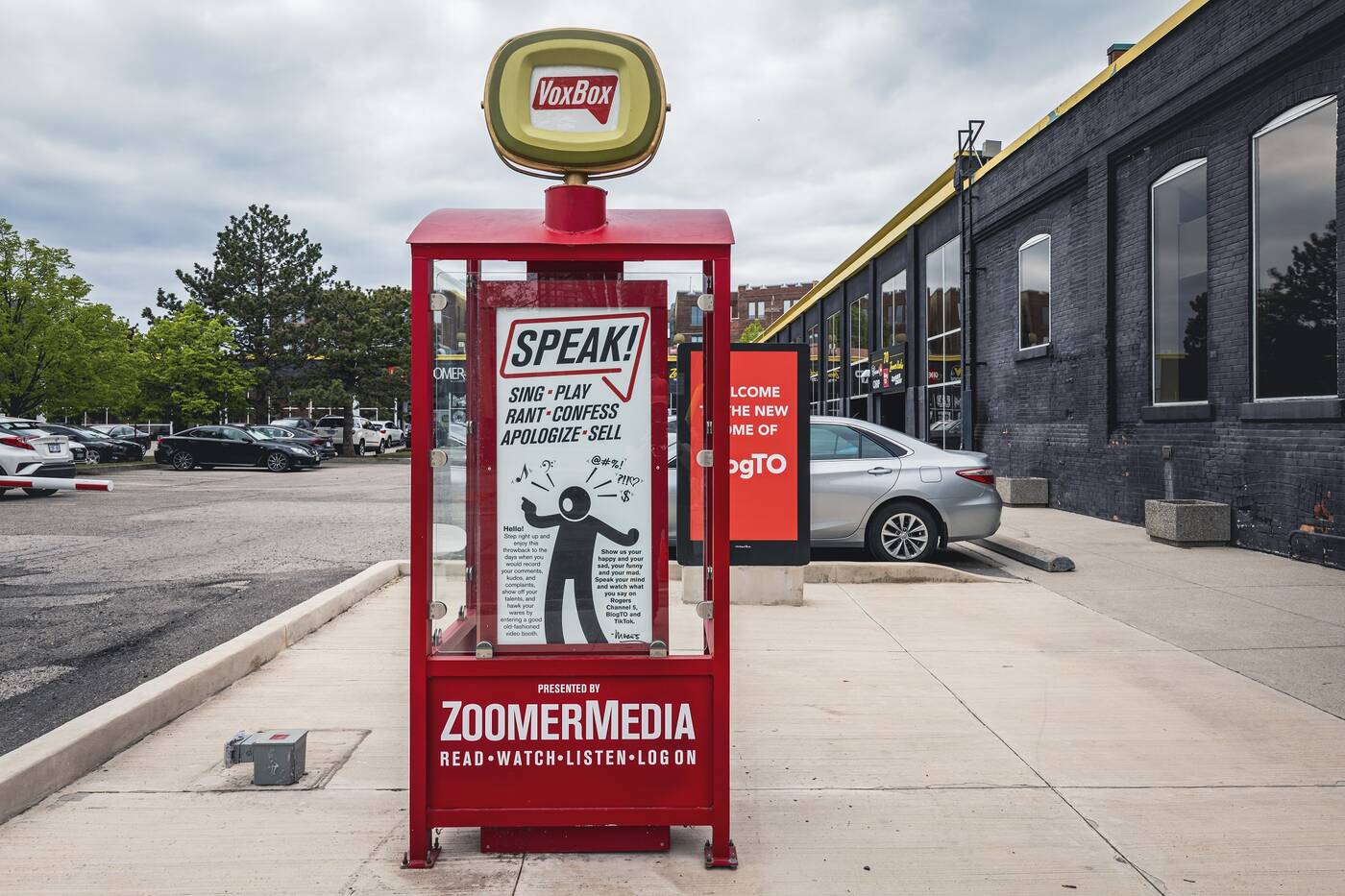 VoxBox is exactly what it sounds like, a booth where the public can sing, play, rant, confess, apologize, sell, or whatever the heck else you can pack into two minutes of footage. 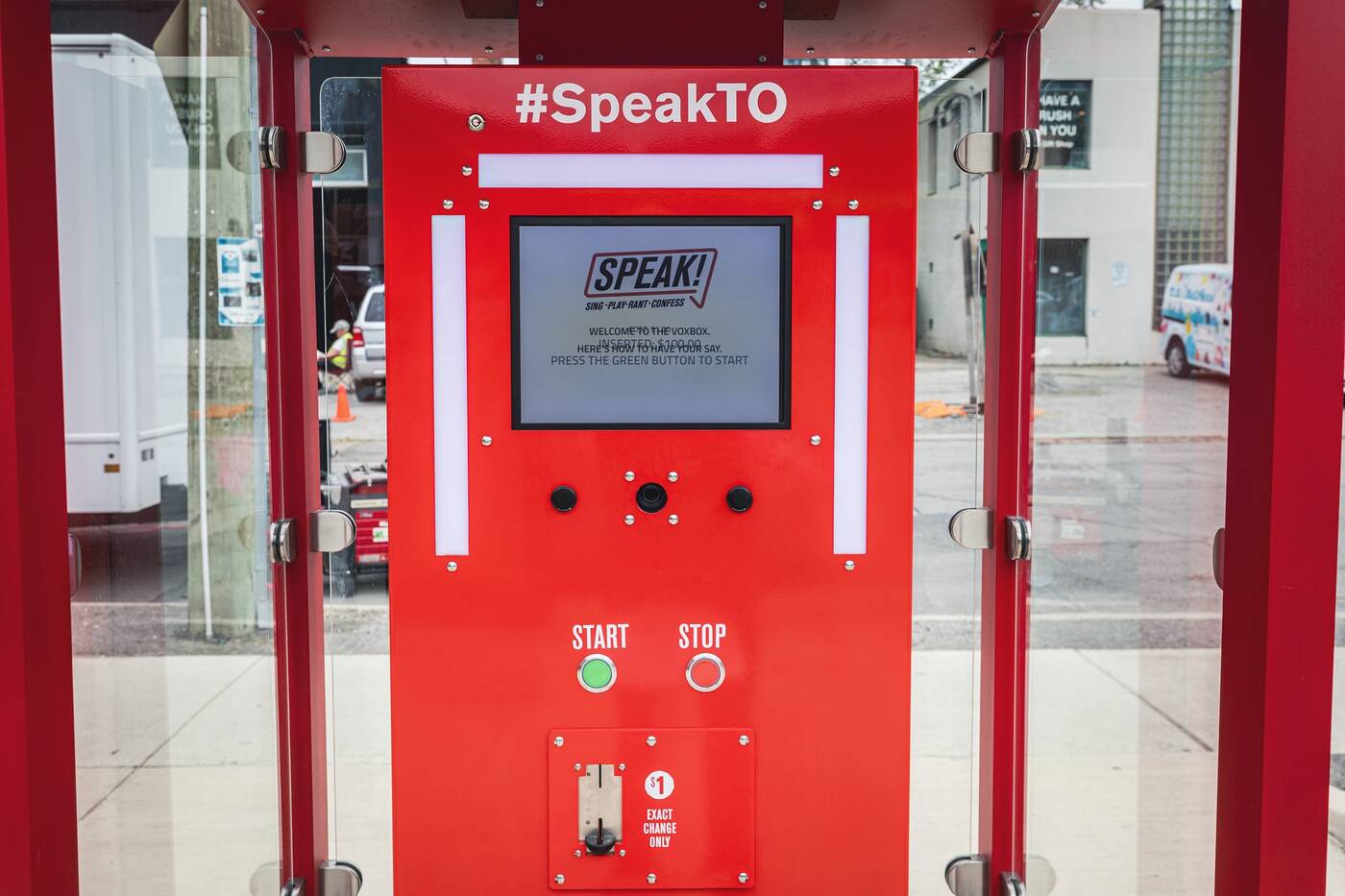 Located outside of blogTO HQ at the ZoomerPlex in Liberty Village, VoxBox is super easy to use; just hit the green button to begin recording, and the red button to stop.

And don't let the coin slot confuse you. The VoxBox is currently free to use. In the future, a donation of just a loonie will be required to record a video but all funds will go to the St. Felix Centre, a non-profit community centre that operates the Liberty Village Respite Shelter. 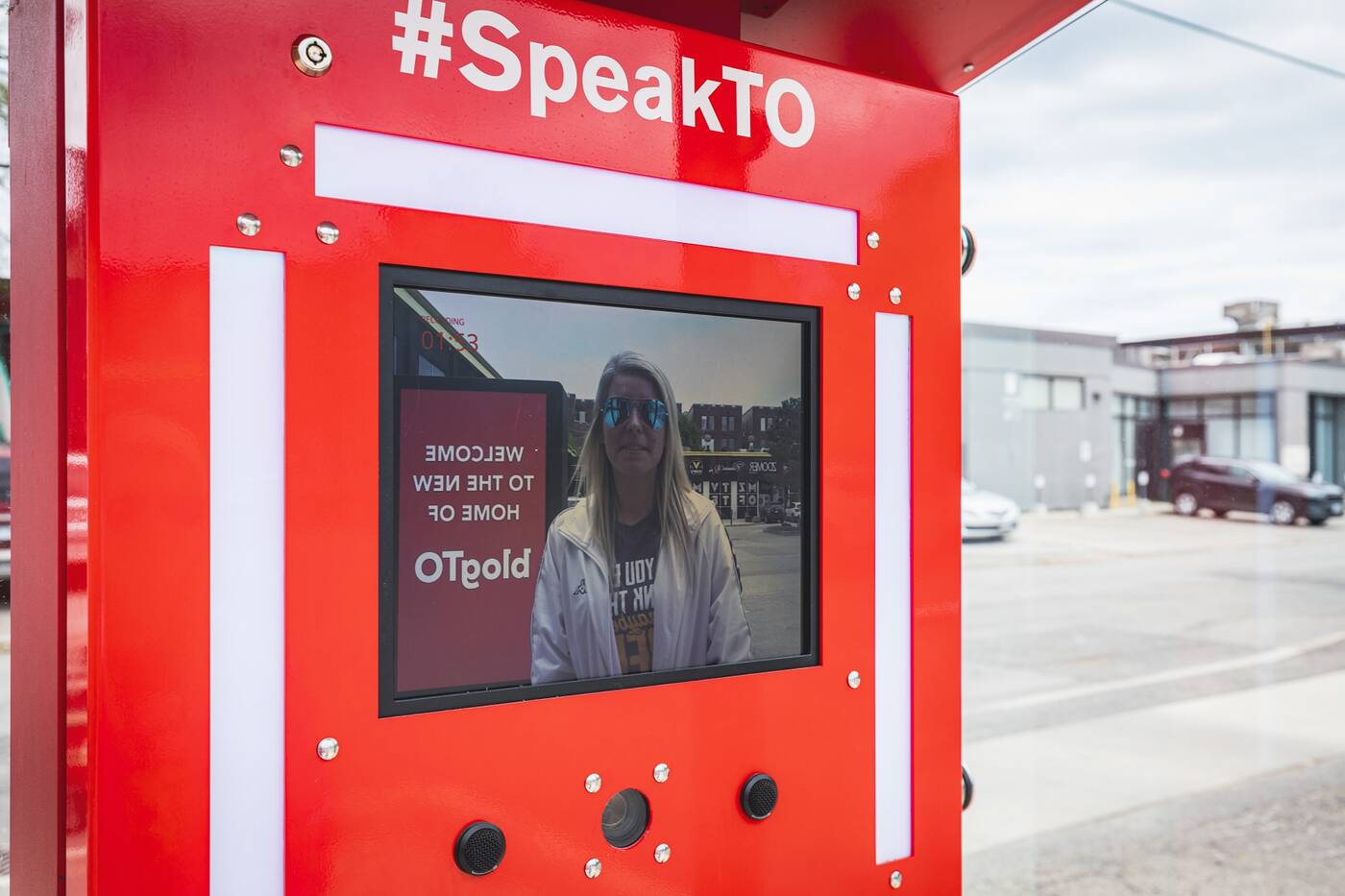 Videos recorded in the VoxBox will be curated by the blogTO team, and the cream of the crop will be posted to SpeakTO TikTok, a sort of modernized successor to the Speakers Corner booth that started it all.