The history of Speakers Corner in Toronto

Located at the corner of Queen and John, the Speakers Corner booth was a uniquely Toronto innovation that democratized media long before it was fashionable, or indeed even practical.

The concept was simple – for $1, you could speak your mind in a video cubicle for 2 minutes. 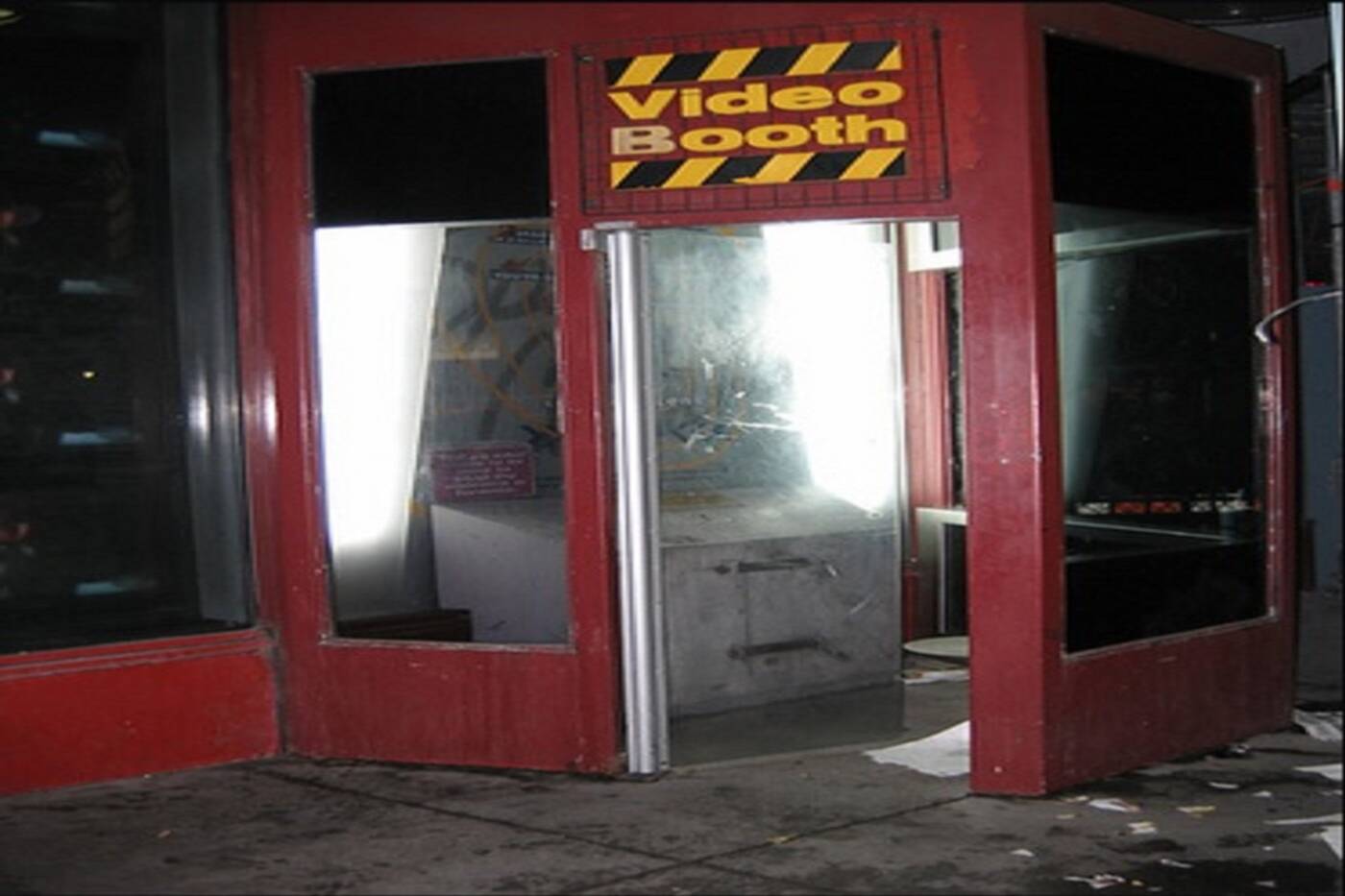 Speak and be seen! The Video Booth at 299 Queen Street West.

Toronto’s coolest channel Citytv had an altruistic streak since they began transmitting in 1972.

From the very beginning, creator Moses Znaimer stated the premise of Citytv was a place for the varied communities of Toronto to finally see themselves on television.

One of Citytv’s earliest series - Free For All (1972) - featured a live studio audience off the street who in turn spoke their minds about anything they desired.

Hosted by flamboyant artist William Ronald, the program can be seen as one of Citytv’s earliest attempts to allow viewers control of the airwaves.

By the mid-1980s, Citytv was planning to move from their humble studios on Queen Street East into the mighty building “that shoots itself” at 299 Queen Street West.

Znaimer wanted to remind everyone that Citytv did not simply have viewers, it had participants.

Citytv’s new building would include a video camera kiosk expressly for people to speak their minds. It was titled Speakers Corner in homage to Hyde Park’s famous open-air speaking corner in London, England.

A video Letter to the Editor

Initially, Speakers Corner served as a video “Letter To The Editor” which would air on CityPulse news (and later, the brand new Breakfast Television series in 1989).

The $1 usage fee was donated to the CHUM Charitable Foundation and in its prime generated over $50,000 a year.

These segments proved to be extremely popular with viewers, and soon started to pop up as music video requests on MuchMusic (also housed at 299 Queen Street West).

Almost overnight, the video booth became an iconic Toronto destination as people flocked to endlessly speak about any and everything from kudos, rants, political diatribes, jokes, songs, marriage proposals, etc.

By September 1990, the booth was producing so much content that a dedicated weekly series was commissioned.

Local hipster anthem “Spadina Bus” by the Shuffle Demons was even used as the theme song. 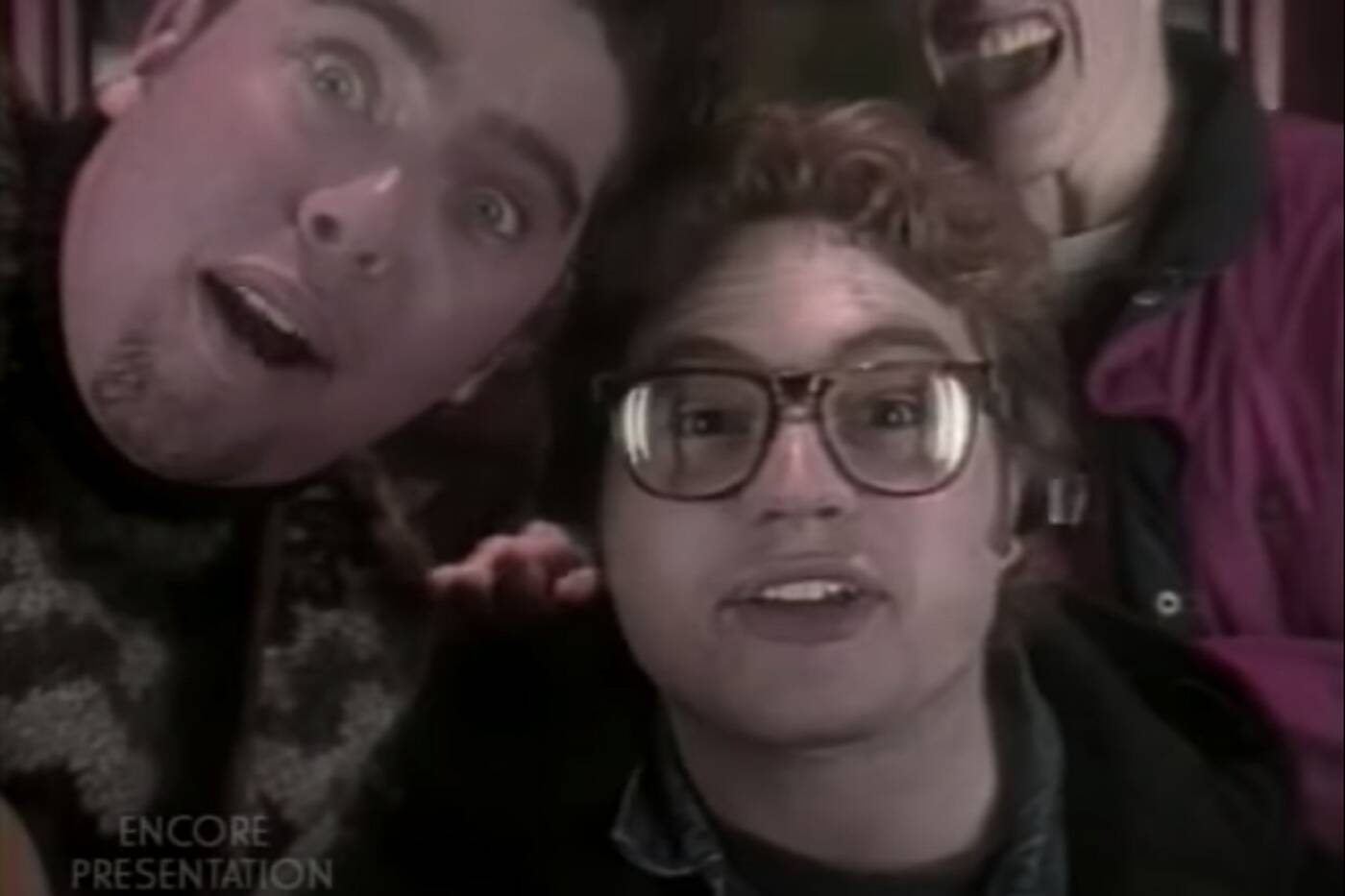 You can be my YouTube proto: Barenaked Ladies invade Speakers Corner in 1991.

As the 90s began, Speakers Corner was a true media sensation, capturing the zeitgeist by giving voice to anyone with a thought and loose change in their pocket.

Many found fame on Speakers Corner, including Barenaked Ladies who performed an early version of “Be My Yoko Ono” in the booth in 1991.

Comedy duo The Devil’s Advocates also amassed a cult following thanks to their trademark snark, were eventually given an entire episode devoted to their clips, and later their own series. 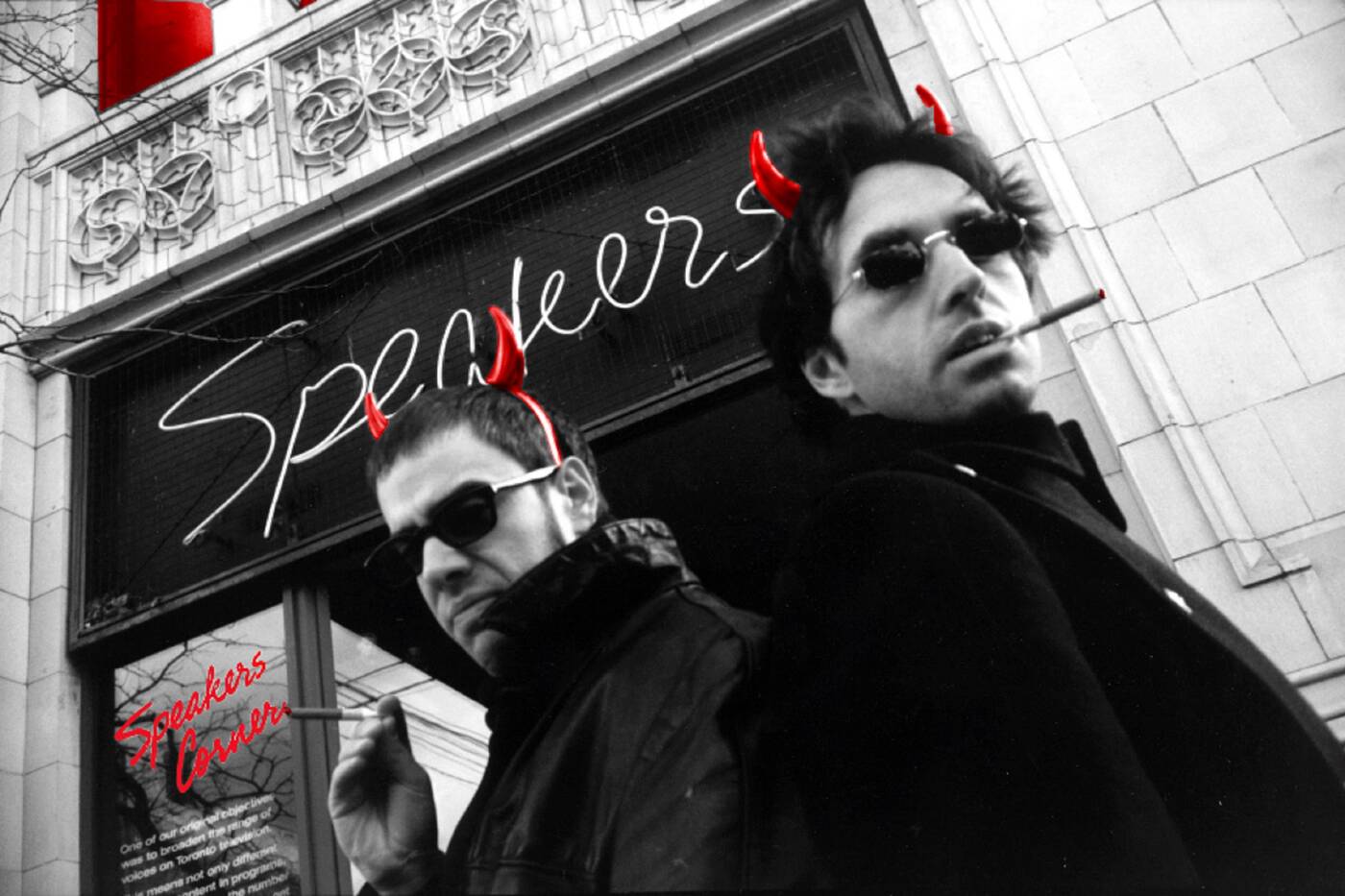 Devils due: the Advocates' contrarian messages lead to lots of internecine sass. (Courtesy of The Devils Advocates)

Even then-Prime Minster Jean Chrétien stopped by to record a pre-election message. 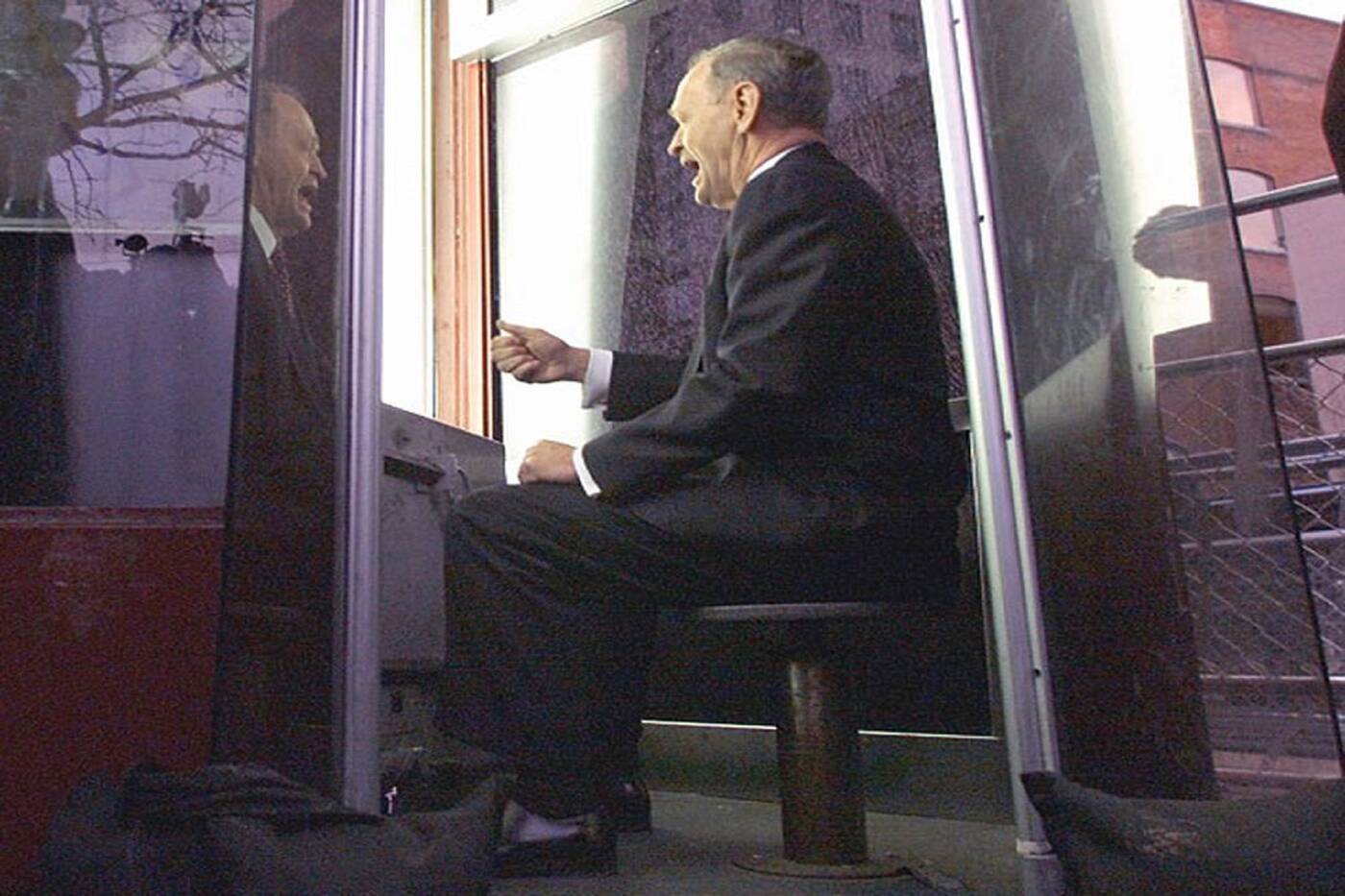 When he lived in Toronto, elusive superstar Prince told The Canadian Press: "I love Speakers Corner, I just love the idea of it. I am so tempted when I go by to stop the car and go into the booth and say what I have to say."

No doubt part of what made the series so memorable was the crafty editing. Episodes were split into topics like “Politics,” “Lost Love,” “Comedians” etc. and were introduced by black and white clips of old B-Movie mayhem featuring everything from Beach movies to badly dubbed Godzilla.

Other than “the Voice” (Citytv’s truly epochal Mark Dailey), the only other reoccurring star of Speakers Corner was Jennifer the Prize Queen aka Jennifer Valentyne (later co-host of Breakfast Television).

By the late 1990s, Speakers Corner was a full-blown cultural phenomenon, and a fixture of all outlets where CHUMCity was expanding including CHRO in Ottawa, CFPL in London, Vancouver, Victoria, and Windsor.

Internationally, Citytv Bogota in Columbia (which licensed the brand from CHUM) created its own version called Citycapsula in 1996.

A French version of Speakers' Corner, called VoxPop, operated at MusiquePlus in Montreal from the early 1990s until the early 2000s.

Jyrki in Helsinki and MuchArgentina/MuchaMusica in Argentina also created their own versions, illustrating the global potential for this simple but powerful format. 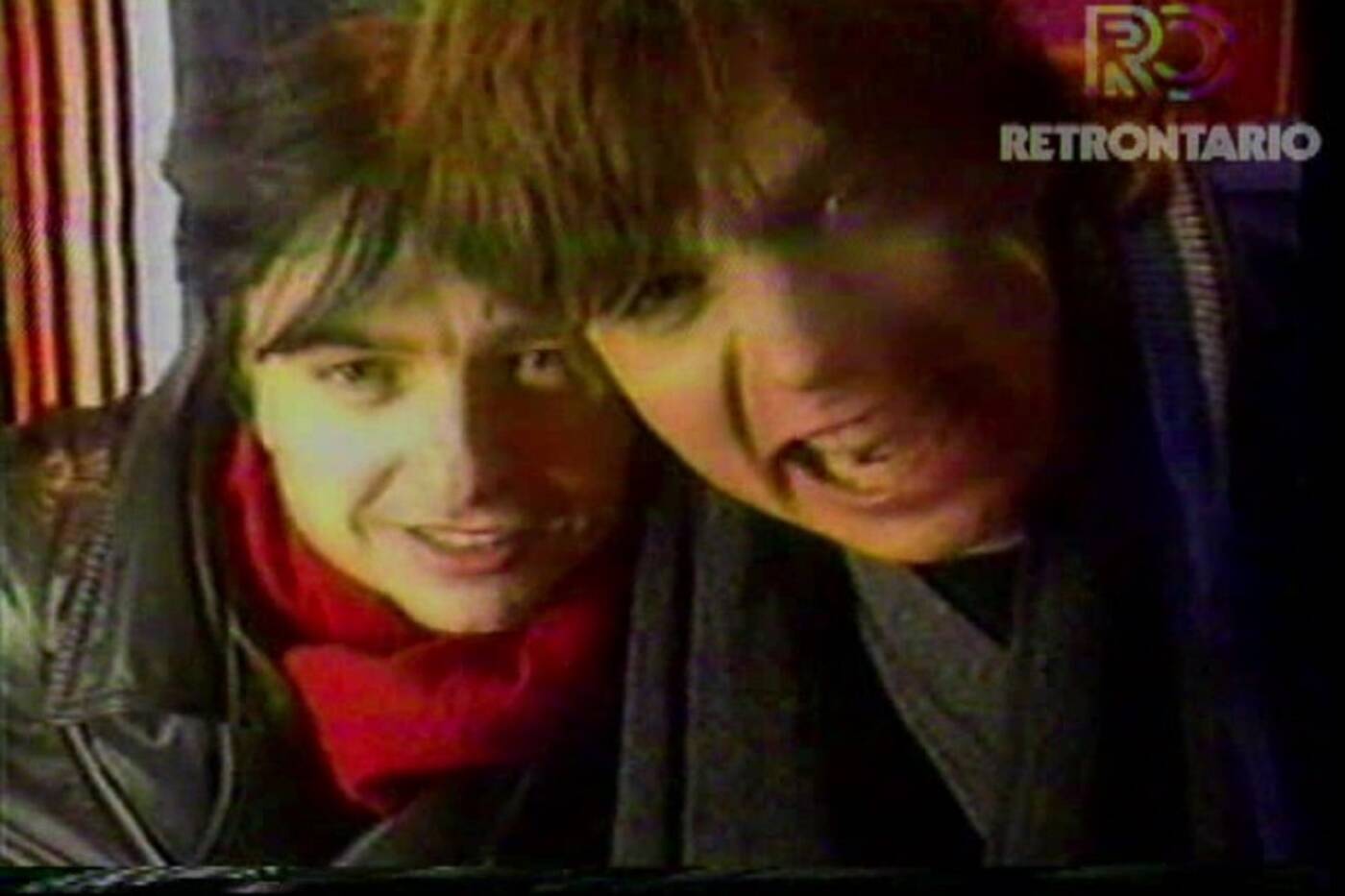 Speakers Corner original mission statement read “Any subject, any time. Open 24 hours a day. Every day of the year. Forever.”

It should be noted that at that time Citytv departed 299 Queen Street West to a new home at 33 Dundas Street East at Yonge Dundas Square, where a video booth would have had potentially even more foot traffic.

Over the years the name “Speakers Corner” has been used for different gimmicks - such as sending videos to the CityNews desk – but nothing will ever compare to the sanctity of the video booth.

The original Speakers Corner unit is on display at Moses Znaimer’s Television Museum in Liberty Village. You can take a virtual tour here. 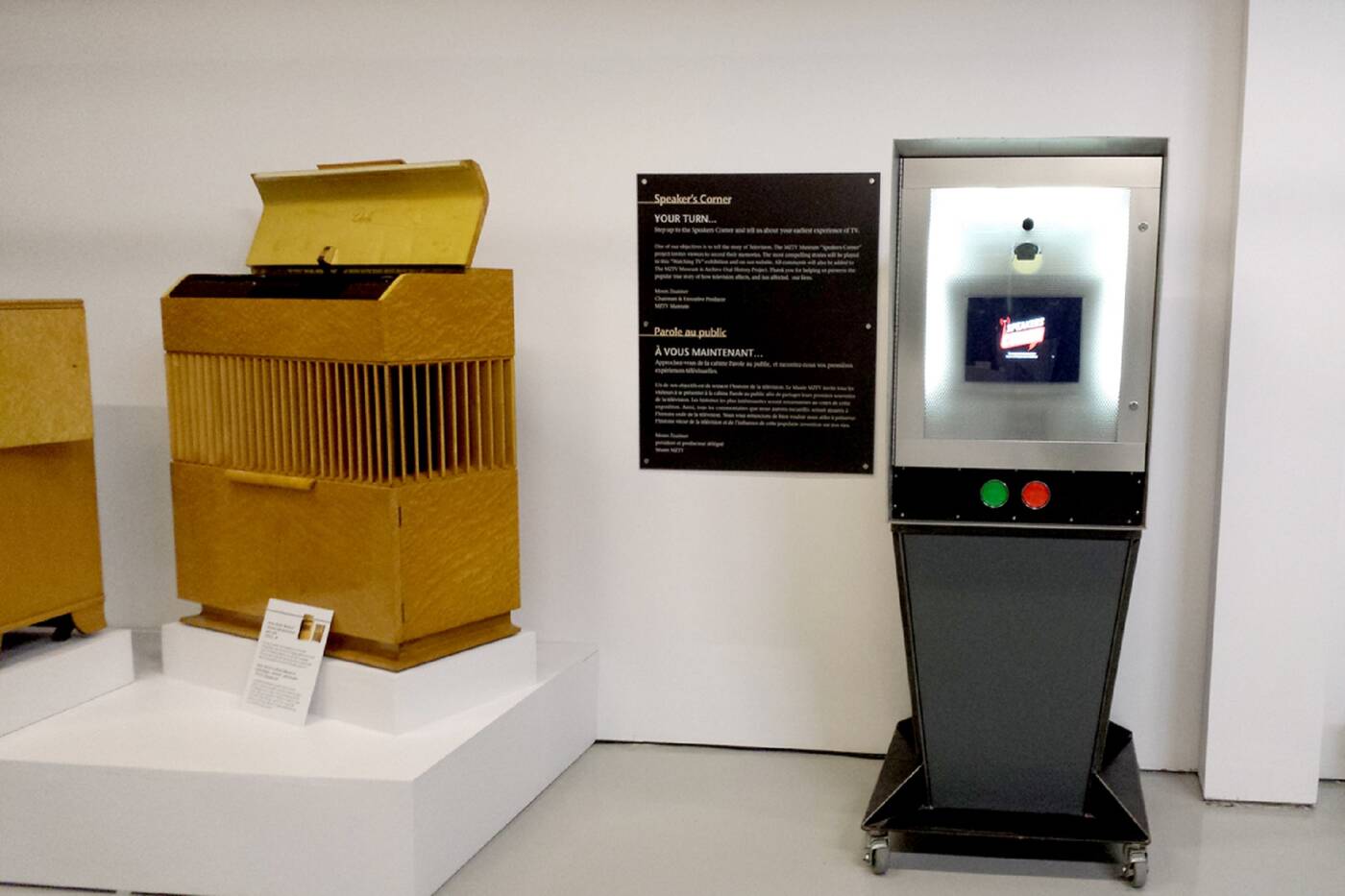