As part of an apparent bid to match (or surpass) Google's impressive offering of street-level images from Canada's largest cities, Apple has sent out its own fleet of trekkers to capture pedestrian data.

The American tech juggernaut announced via Twitter last week that "the Apple Maps team will be walking in Toronto, Montreal and Vancouver from September through October 2021 wearing specialized backpacks with equipment to help us build the best digital map of Canada," noting that privacy is a priority.

According to Apple's website, mappers will be out and about in Toronto until October 31 of this year. They first hit the streets a few days ago, on Saturday, September 11. 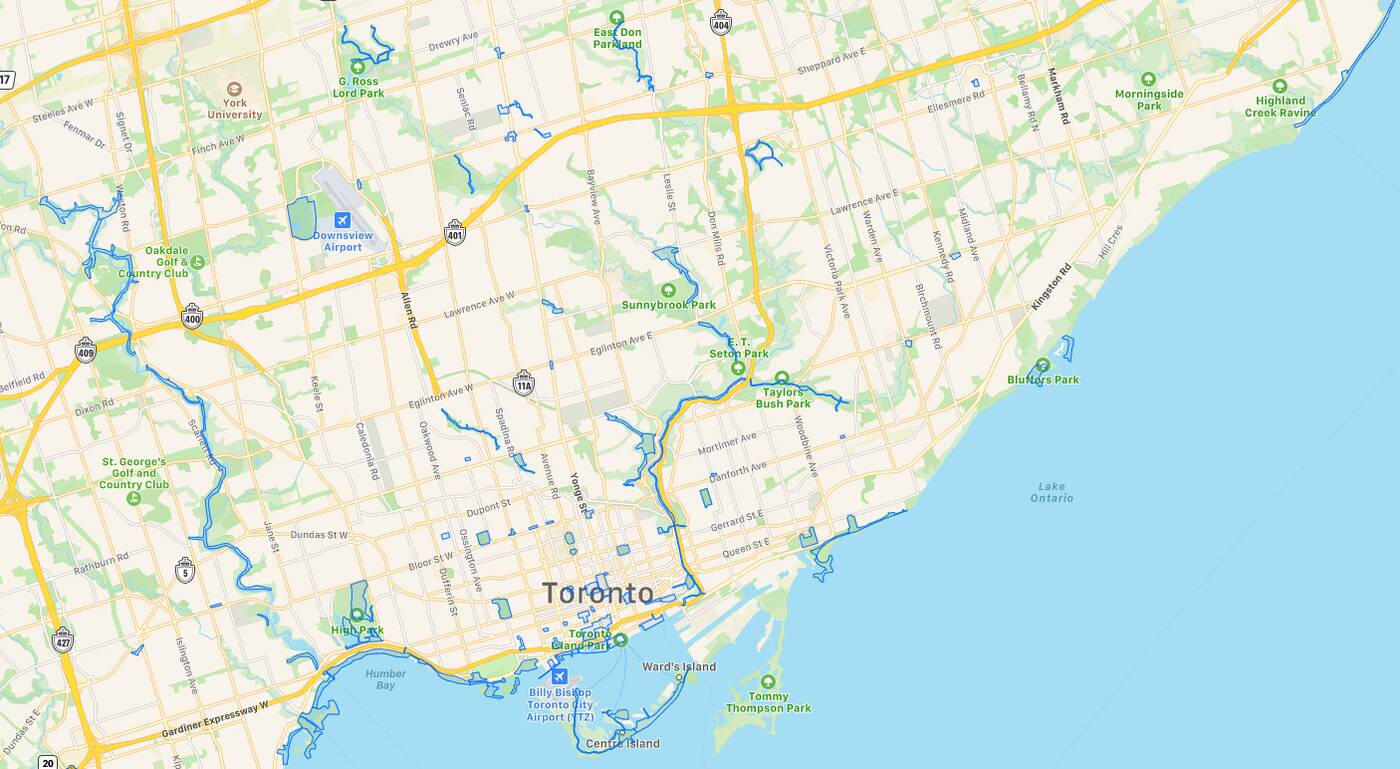 Apple has released a map showing exactly where Toronto residents can expect to see backpack surveyors in the coming weeks. Image via Apple.

They'll also be visiting urban sites such as Yonge-Dundas Square, City Hall, the intersection of King and University, as well as the entire stretch of tourist land between the Rogers Centre and Scotiabank Arena.

The goal is to improve Apple's own "Look Around" feature, which is similar to the popular Street View feature from Google Maps, which also hires people to capture granular data on foot from time to time.

"Apple is also conducting surveys with portable systems in select pedestrian areas (for example, certain streets in London that cannot be driven). Some pedestrian surveys use a backpack system to collect data that may be used directly in Apple Maps, such as in the Look Around feature," writes the Cupertino-based multinational.

Apple is currently deploying these backpacks on Dublin streets to update its Maps app. (Will cover pedestrian-only zones.) pic.twitter.com/uzPB0wNN9n

Privacy protections include the automatic blurring of all faces and licence plates, according to Apple. Anyone concerned about images involving their homes or any other personal properties can contact the company to request further censoring.

Canada is far from the first country to get the Apple Maps GPS backpack treatment: Workers with Apple-branded cameras and liDAR sensor-equipped backpacks were spotted walking around San Francisco as early as 2018.

According to MacRumors, Apple introduced Look Around as part of iOS 13 to provide "3D street-level imagery that can be zoomed and panned."

The feature is already available in Toronto, but restricted to streets that can be driven on. With the latest round of mapping, people from all over the world will be able to virtually "walk through" previously-inaccessible destinations, including Trinity Bellwoods Park, the Toronto Islands, the Distillery District, High Park and along the banks of both the Don and Humber Rivers.