For those who love driving through the city but don't want to deal with the perils of actually having to navigate Toronto traffic, this website is for you!

Drive & Listen is a surprisingly relaxing time killer that lets you take a ride through some of the world's biggest cities while listening to local radio stations.

Over 50 locations are available to choose from with Toronto being the lone Canadian option. Tourist hotspots like New York City, Tokyo, Paris, and Johannesburg are just a few of the other featured cities. 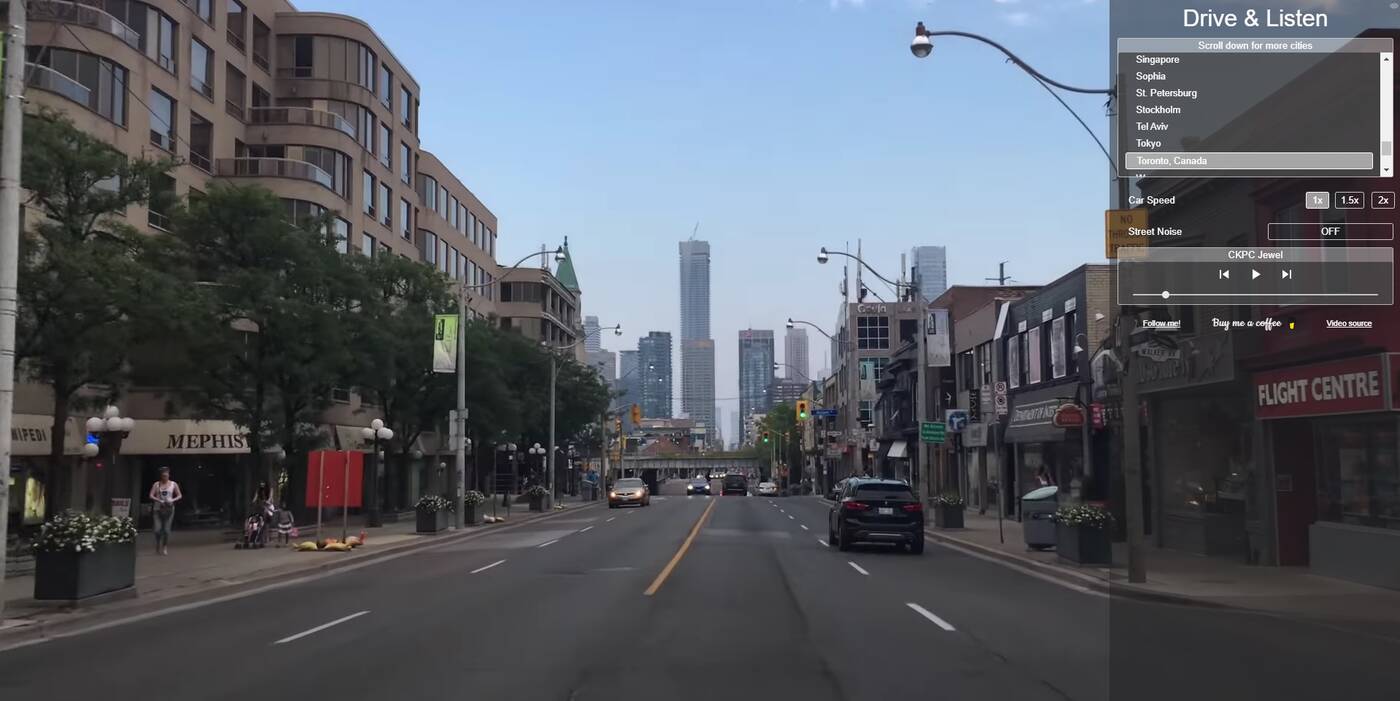 For those choosing the Toronto option, two scenic drives are available. The first includes an authentic journey down Yonge street that (spoiler alert!)  ends with getting stuck behind two GO busses, while the other is spent moving through traffic on the Gardiner before exiting and continuing along Lake Shore Boulevard.

Many of the videos on the website, including both Toronto routes, are displayed in 4K. It's a wonderful option for those looking for some ambience to replace the fireplace channel on their television.

Unfortunately, the radio selection options for Toronto are fairly limited with most available choices featuring stations from the GTA rather than some of the more popular Toronto broadcasters transmitting from the CN Tower.

The entire website was designed by a Munich-based master's student who regularly adds new cities and posts updates to Instagram.

With most videos having been recorded pre-2020, if nothing else the website serves as a time capsule of what it was like to drive around the city pre-pandemic. Seeing the streets full of maskless people and local businesses thriving feels like being transported to a different dimension.