Toronto ranked the top city for tech in Canada

Toronto continues to dominate when it comes to Canadian tech talent, according to a recent report released by CBRE Group, Inc.

The Scoring Canadian Tech Talent report revealed the number of tech occupations in Toronto has grown 54 per cent from 2013 to 2018, with nearly 230,000 jobs in the field.

According to the report, the average income for those jobs has also grown since 2013 by almost 10 per cent, making the average salary $81,828.

Ottawa came in second place behind Toronto when it comes to tech talent, with Vancouver, Waterloo Region, and Montreal trailing behind. 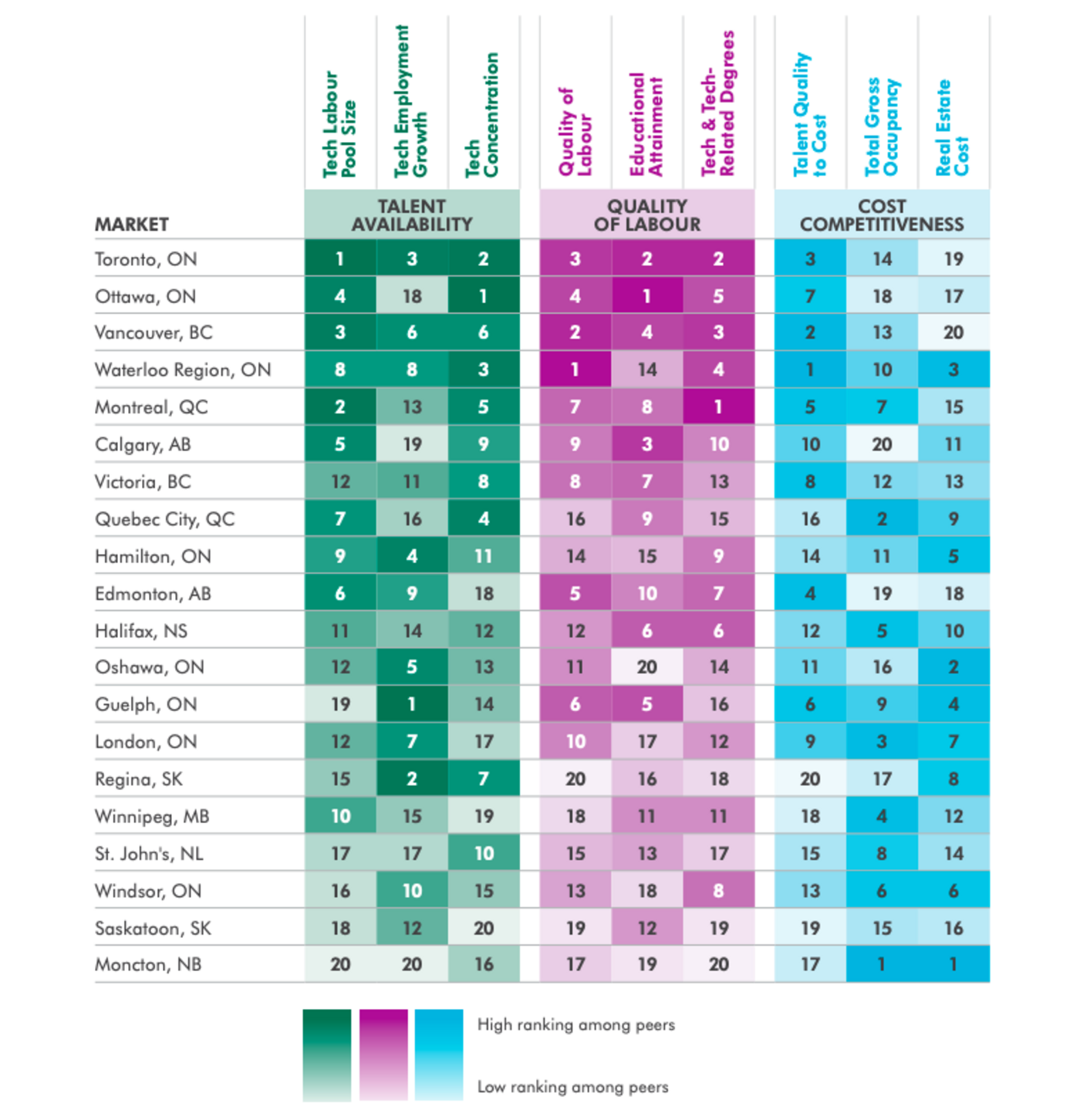 How Canadian cities rank for tech talent. Image from CBRE.

To further capture the growing industry, the study revealed that the number of tech degrees, in either computer science, math, statistics, or tech engineering, has gone up 42 per cent between 2012 and 2017 in Toronto.

These stats might not come as a surprise to anyone who follows the tech sector in Toronto, as the city has been revered as top global competitor in the industry for quite some time now.

Just this year Toronto became the first Canadian city to host the giant tech conference, Collision, which only further cemented the city's position in the tech world.

Last year, The Economist even tried to make the nickname "Maple Valley" a thing, as to compare Toronto to Silicon Valley. It didn't really catch on.

Outside of Toronto, smaller and mid-sized markets are having a moment as cities like Oshawa, Waterloo Region, Hamilton, and Guelph continue to make big strides.

“It says something that the two largest ranking improvements were in Victoria and Oshawa, and the largest venture capital deal was in St. John’s."