Google wants to build more neighbourhoods of the future in Toronto

Ah, Sidewalk Labs and their Quayside development. It's one of those things that always seems to leave our minds temporarily before popping back up in the news cycle with something Orwellian.

New leaked documents from Alphabet, Google's parent company in charge of the Quayside neighbourhood development, suggest that it plans to develop way beyond what was originally proposed, and it wants a share of the city's tax revenue to boot. 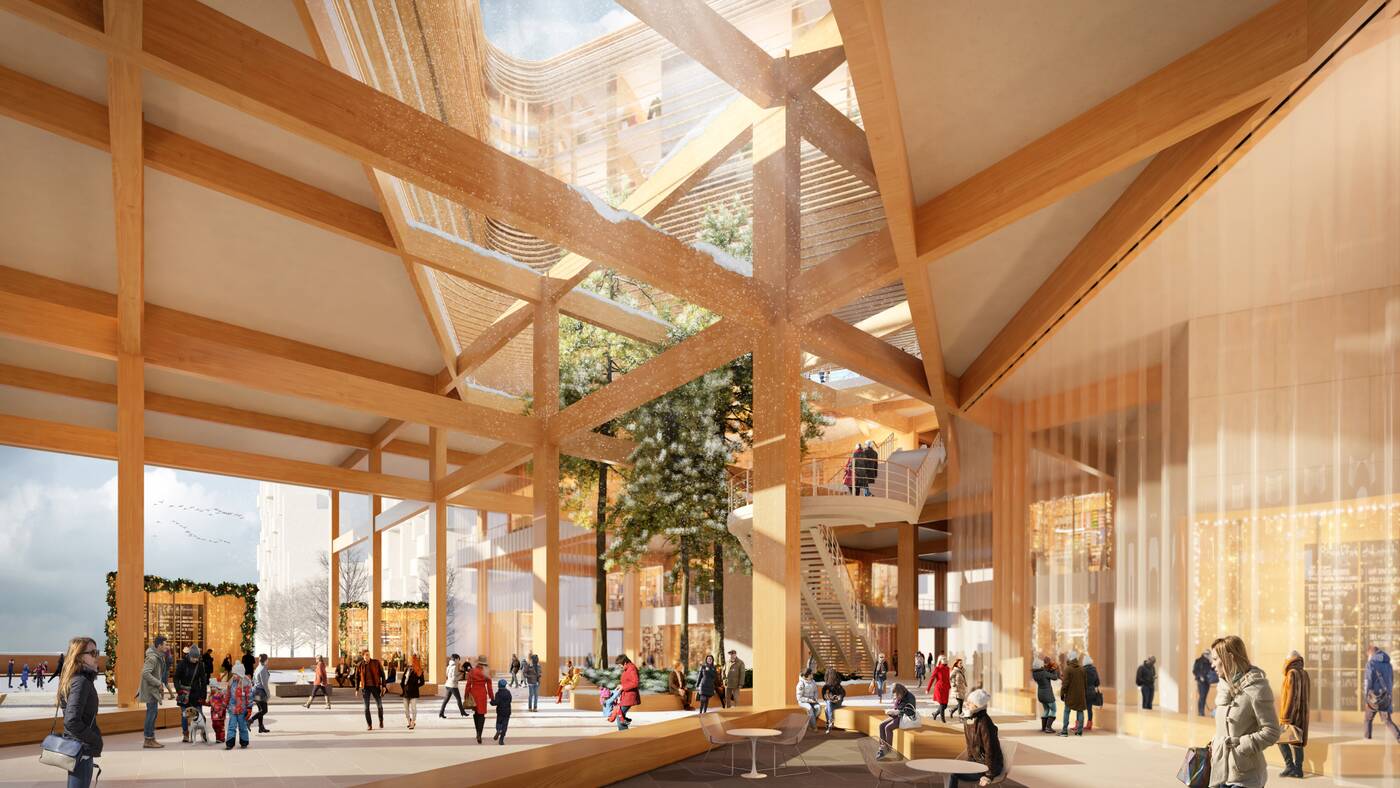 The interior of a planned building. Image from Sidewalk Labs/Snohetta.

It turns out Alphabet plans to build a much larger development over a huge swath of the Port Lands, including light rail transit infrastructure and Google Canada headquarters, as well as several new neighbourhoods like Quayside. 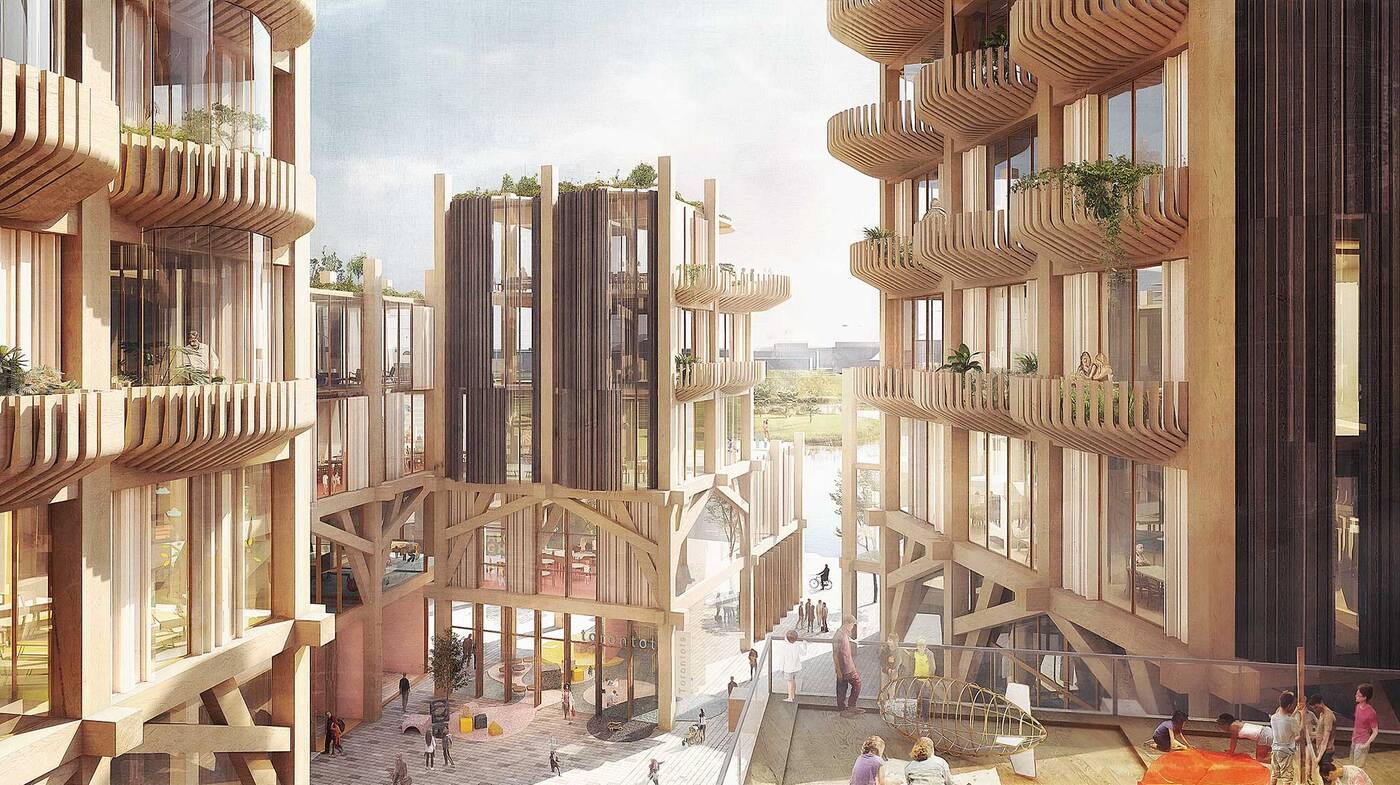 A rendering of a courtyard at the planned development. Image from Sidewalk Labs/Picture Plane for Heatherwick Studio.

And, in return, Alphabet wants to collect property taxes and development fees, which would typically belong to the city for important tax-funded projects.

A rendering for something Sidewalk is calling "the innovation zone." Image from Sidewalk Labs/Picture Plane for Heatherwick Studio.

According to the Star, the estimated revenue could reach $6 billion.

The company hopes to build 6 million sq. ft. of "vertical development" in the area, and they believe the 12 acres that Quayside will take isn't enough to "actually have the impact on affordability and economic opportunity" they plan to create. 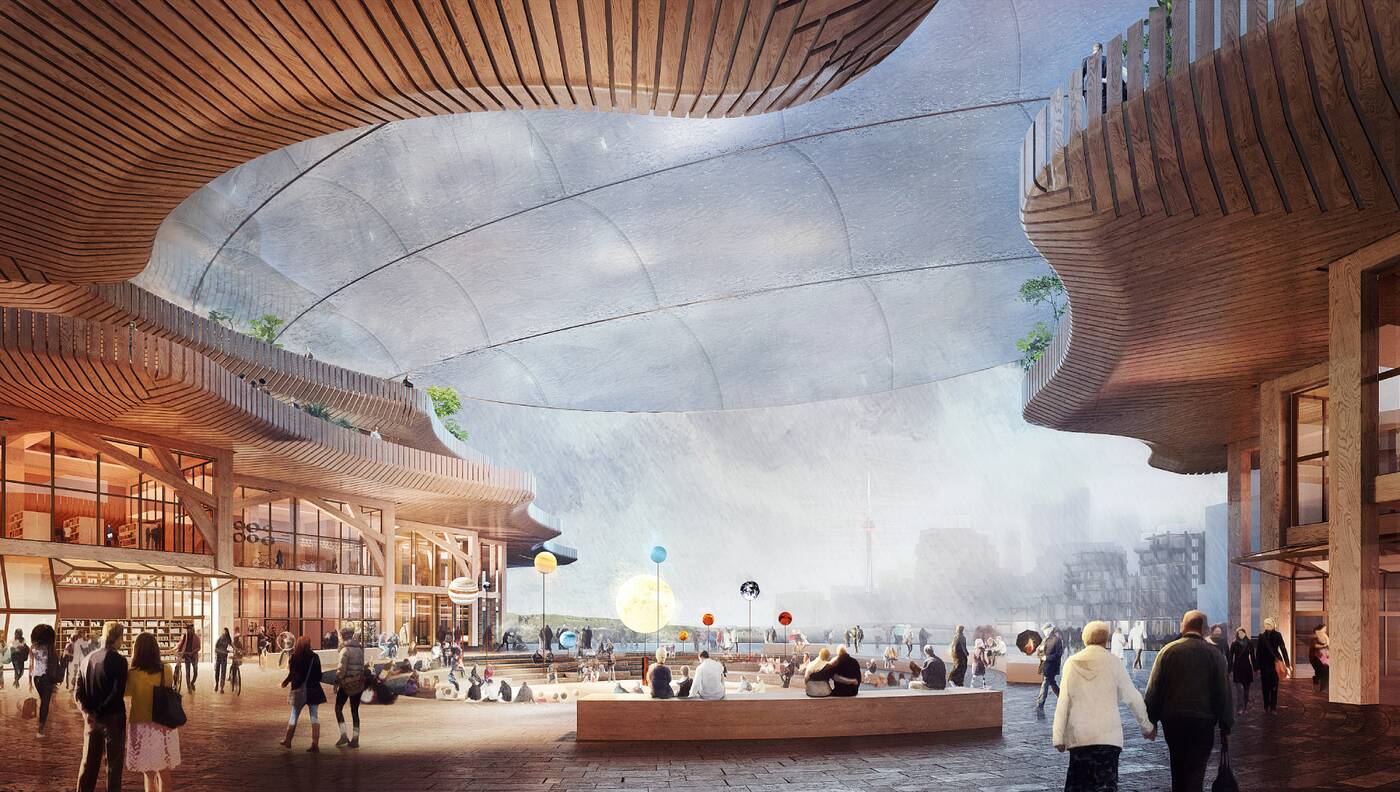 A rendering for a campus. Image from Sidewalk Labs/Picture Plane for Heatherwick Studio.

As Sidewalk Labs and Alphabet continuously come under fire for a lack of public transparency, the new leaked plans only further concerns that something shady is going on.

At least the garbage-collecting robots and intelligent sidewalks are cool.